The International Federation of Schoenstatt Mothers met in General Chapter to officially establish its community and elect its first General Council. In a festive Mass, celebrated by Fr. Juan Pablo Catoggio, concelebrated by three Schoenstatt Fathers, and with the presence of the participants of the General Chapter of the Apostolic Family Federation, the Founding Document was presented, and the Constitution of the International Apostolic Federation of Schoenstatt Mothers was celebrated. —

September 8, the Nativity of Mary, is also the anniversary of the founding of the Mothers’ Federation in 1950. The groundwork for the founding of this international federation began in 2002. The motto of the Apostolic Federation of Schoenstatt Mothers is: Mary, whoever looks at me, sees you.

The first International Council of the Mothers’ Federation was elected with five ladies, all from the Americas:

The new council is composed of:

The transmission allowed participation from many countries

The Mass celebrated in the Adoration Church on Mount Schoenstatt and transmitted by Schoenstatt TV, was attended by many Federation Mothers from different countries. The Mass was at times in German, and also in English, Portuguese and Spanish.

At the beginning, they explained that “the reason for the celebration was the official constitution of the International Apostolic Federation of Schoenstatt Mothers, after many years of intense preparation. It is a significant event in the history of the Schoenstatt Family and a milestone in the history of the Mothers’ Federation, to make a wish of the founder, Father Joseph Kentenich, that in many women and mothers there will be a little Mary, a reality.” 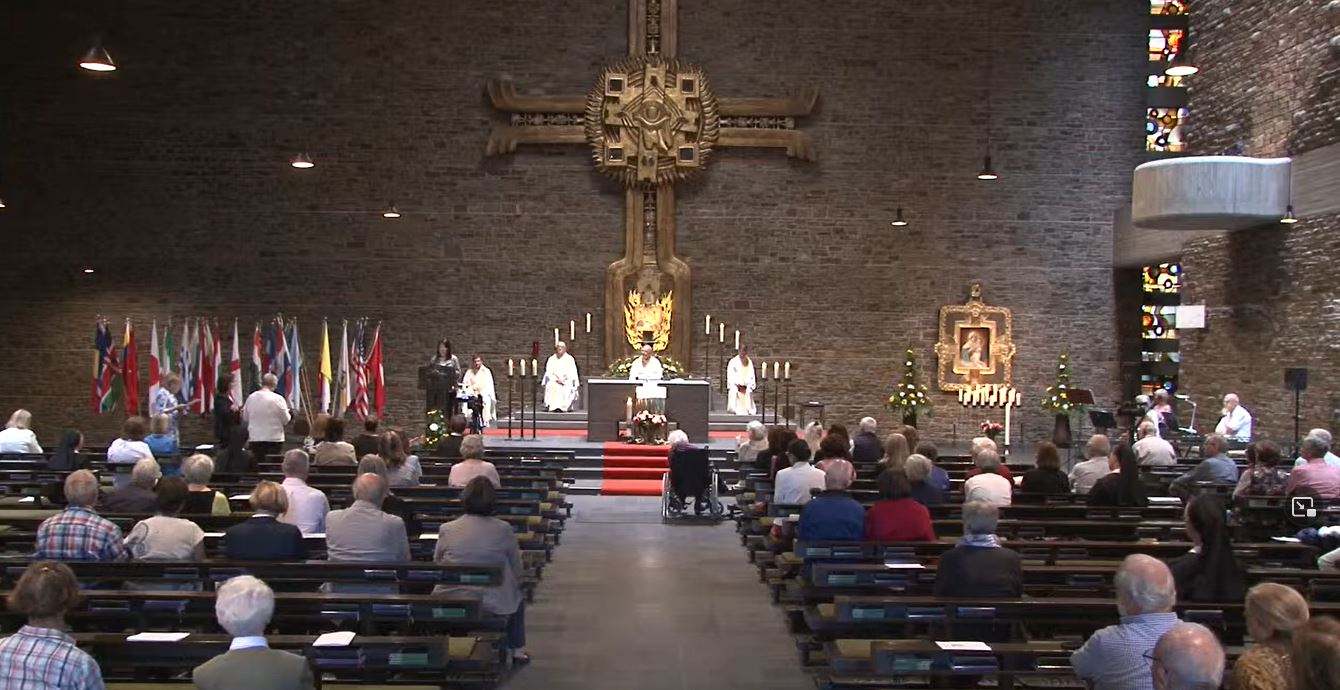 A highly active chat to greet and thank

The mothers who participated through the transmission were highly active in the chat of the transmission. There, messages multiplied to celebrate the foundation and greet the council members. 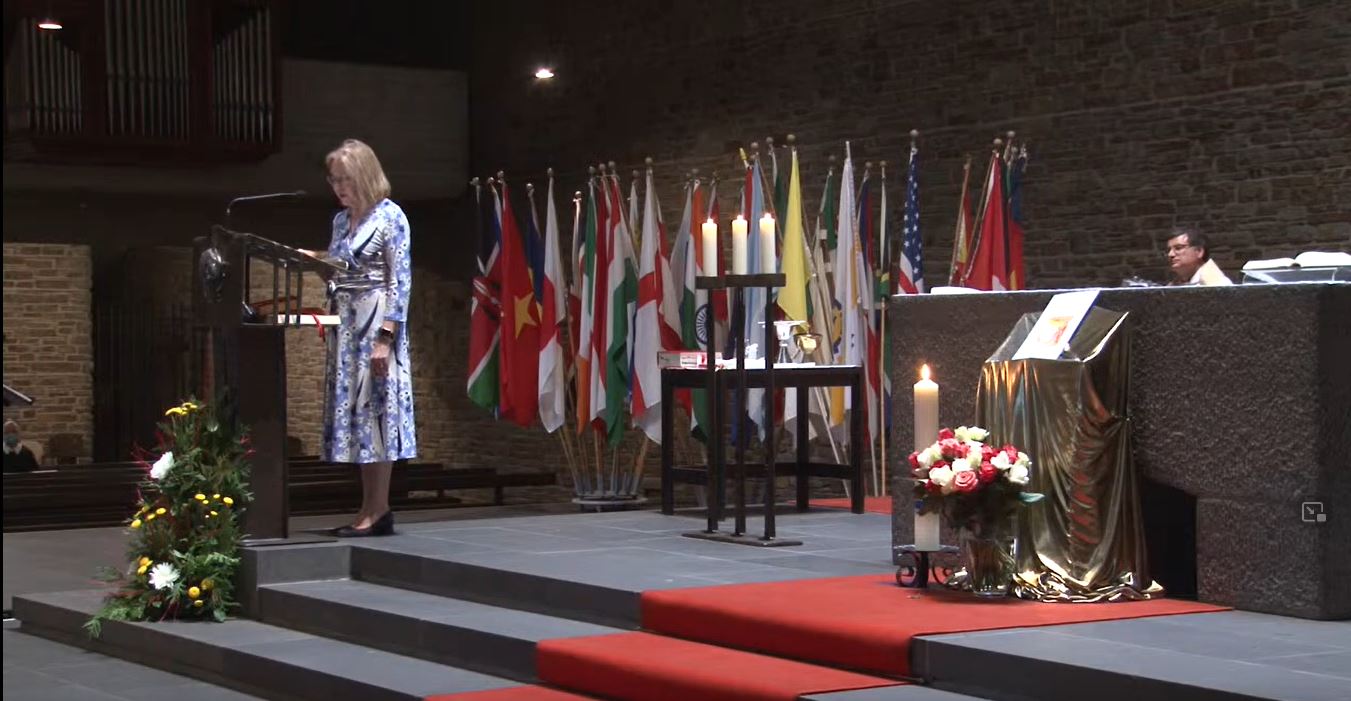 Fr. Juan Pablo gave his homily in German, English and Spanish. He referred to the Schoenstatt milestones and linked the apostolic federation that emerged in Hoerde in 1919 with the Mothers’ Federation as both a community and a school of apostolic leaders for the church.

Kentenich characterized the milestones of Schoenstatt’s history as moments of condensation of our history and also as moments of acceleration, a very typical word of Father Kentenich, who repeats it around the milestones. Just think of the Founding Document of October 18, 1914: it bears the title ‘Acceleration of our sanctification to convert the little chapel into a shrine, into a place of pilgrimage’.

And in all the milestones, and in this one we are celebrating today, we can see a triple acceleration: of the facts, of the challenges and of the difficulties. We can see it in these times we are living in the world, in the Church and in Schoenstatt.

Welcome to the federation community 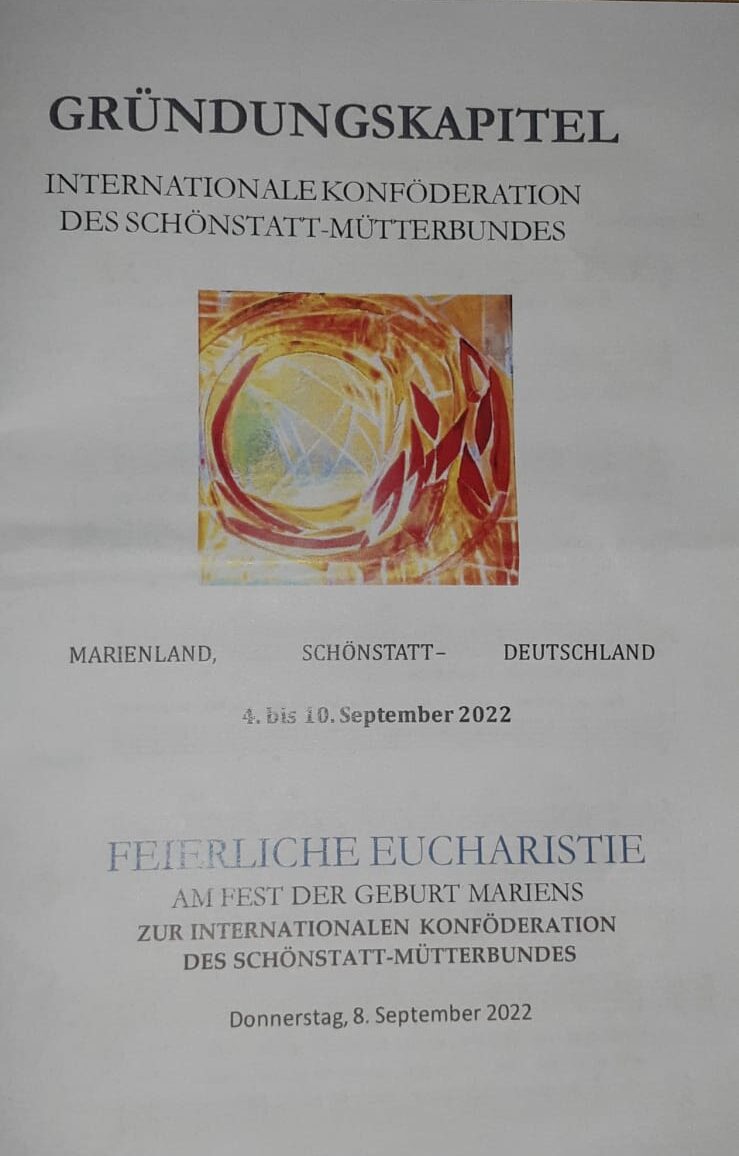 Before the final blessing, the acceptance of the mission and consecration took place. To the proposals of Fr. John Paul in German to take this step by assuming the charism and mission of the founder, each one responded in her own language with her prayer and personal commitment. “As heiresses of Hoerde, we commit ourselves to assume the charism and mission of our father and founder with responsibility and fidelity, (…) to work together in respect and diversity of cultures so that the mission of the founder will be known in all the areas in which we act…”.

At the end of the Mass, Fr. Juan Pablo Catoggio and the new heads of the Apostolic Family Federation congratulated the mothers and welcomed them into the community of internationally constituted Federations.

The new council of the Mothers’ Federation together with the priests went to the tomb of Fr. Joseph Kentenich to place and offer there the founding document and the task that begins from now on.