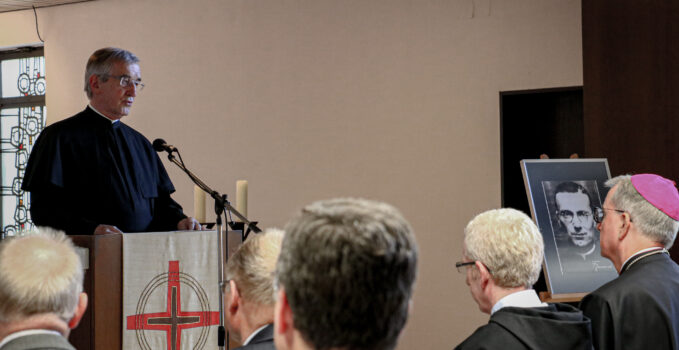 The singers of the Limburg Cathedral Choir, conducted by Christoph Kipping, opened the first part of the ceremony.

Father Heribert Niederschlag SAC recalled the life testimony of Franz Reinisch and recalled the path of the beatification process. He thanked the representative of the Diocese of Trier, Auxiliary Bishop Jörg Peters, for the excellent work. 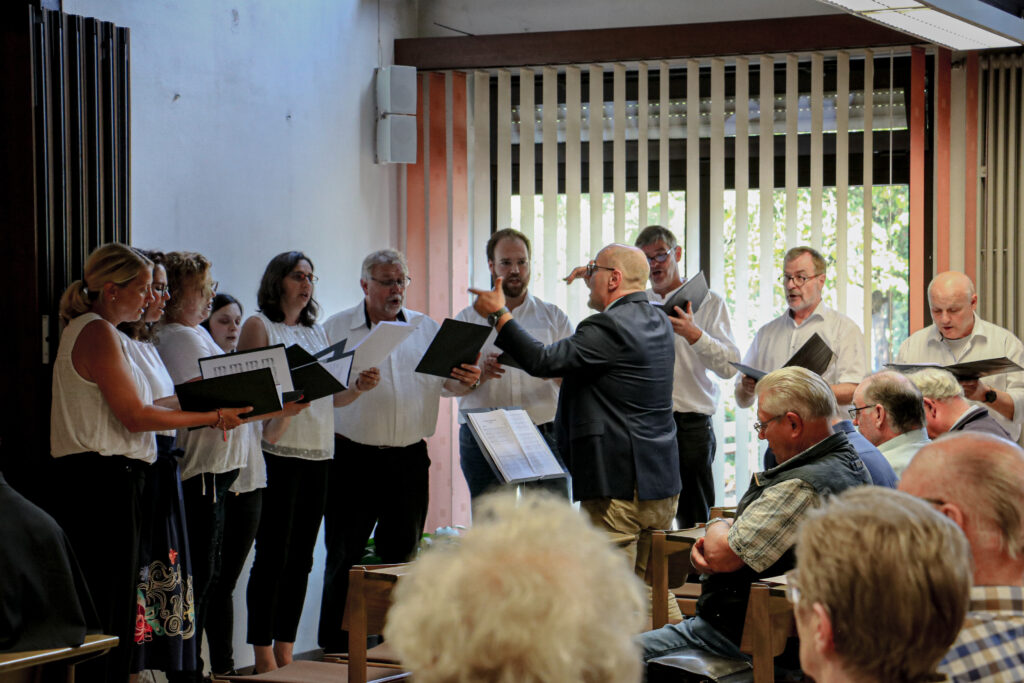 A granite block in a mountain torrent with rising waters 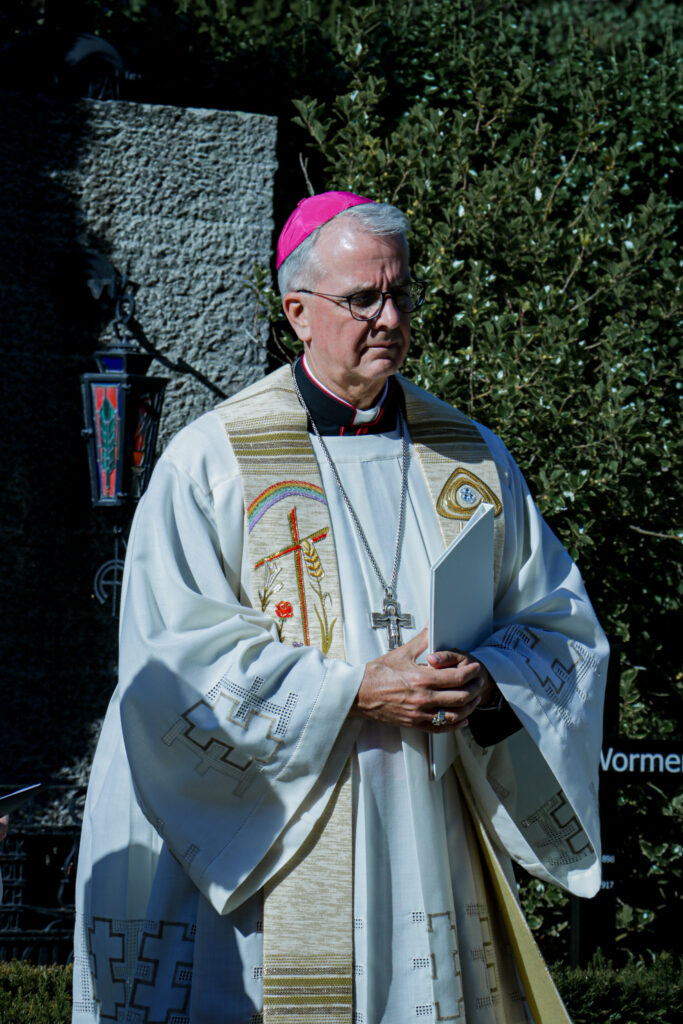 In his speech, Auxiliary Bishop Jörg Peters quoted the words of Bishop Reinhold Stecher (Innsbruck), who suffered persecution by the Nazis: “When I think of Father Reinisch, I always think of a granite block in a mountain torrent, carrying rising water where the stream breaks the earthy brown color. (…) I know that what he did was not simply asked of every Christian. But knowing how difficult those days and tribulations were, I bow in awe of that granite conscience. And even more so since we now live in a society dominated by foam rubber and fabric softener.”

Reinisch experts have now examined Franz Reinisch’s decision-making process from several perspectives. Father Dr. Wojciech Kordas, OFM Conv. traced Reinisch’s difficult path to the priesthood. Before he could say a courageous YES to this vocation, he had to endure many struggles.

Canon Martin Emge introduced Reinisch as a Schoenstatter. In the Schoenstatt Movement, Reinisch discovered that he wanted to realize in time and form the ideal of Vincent Pallotti: the universal apostolate. He made his final decision to refuse the oath of allegiance in the chapel of grace in Schoenstatt (Original Shrine). Here he received the strength to follow the path.

Father Hinsen recounted, for example, how a community brother who knew Reinisch himself first judged him very critically, but then became an admirer.

The various conferences brought Franz Reinisch’s life to life for the audience. Contributions from the cathedral choir repeatedly gave the participants the opportunity to take in what they had just heard. Church musician Frank Sittel led through the program with his sensitive organ playing. After the enriching conferences, there was a lively exchange of ideas over coffee and cake. 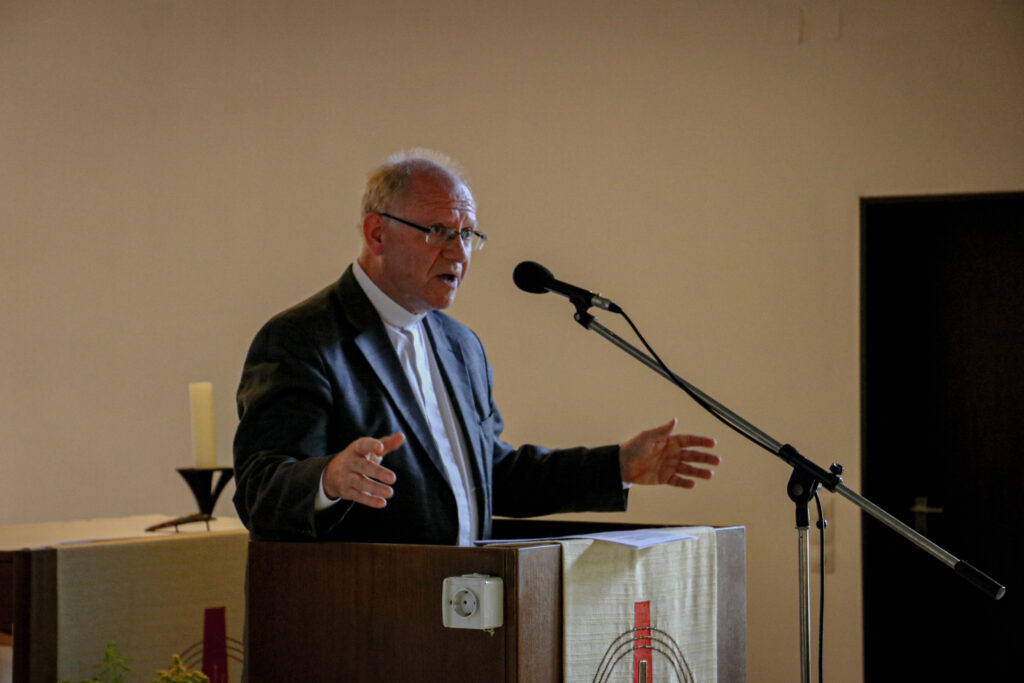 The call of the Father

At 5:00 p.m., Auxiliary Bishop Jörg Peters presided at the memorial service at the tomb of Franz Reinisch, which was decorated for vespers. The music was provided by Sr. Tabea, Sr. Dorte and Sr. Christina-Maria, who with their singing gave the vespers a wonderfully solemn setting. In a brief speech, Fr. Rainer recalled that Reinisch also biblically supported his decision. The incident of 12-year-old Jesus in the temple showed him that people who have grown up in the faith have not only the right but also the obligation to make their own decisions. The 12-year-old Jesus stayed in the temple without informing his parents. When they found him, he responded without apology, but with the insinuation, “Did you not know that I am about my Father’s business?” The Father’s call can lead us into violent conflict even with those closest to us. 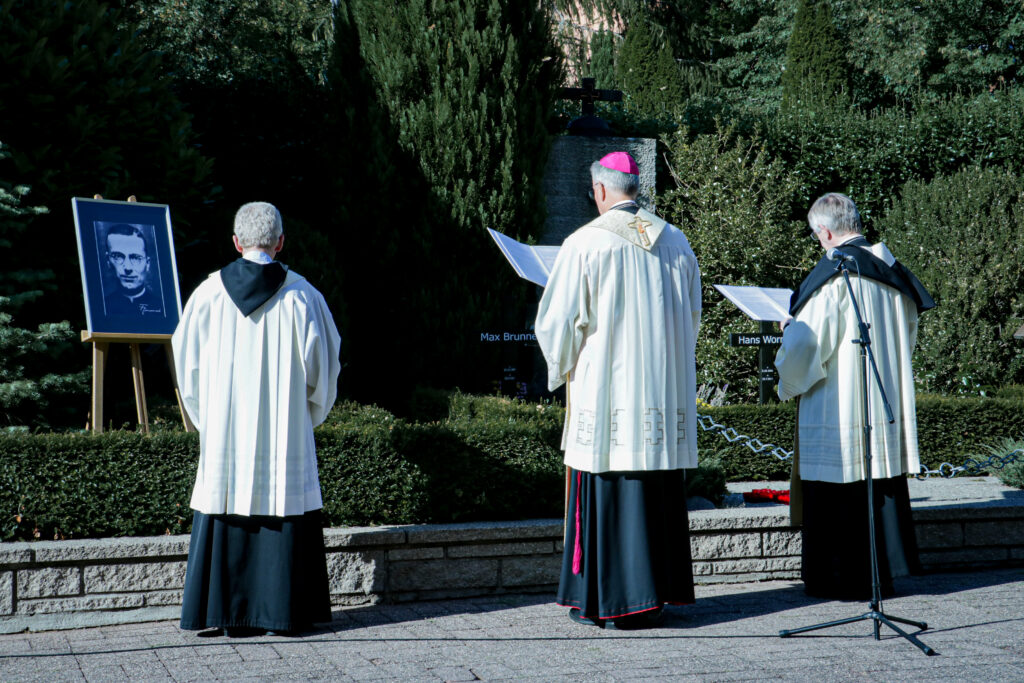 Vespers at the tomb of Franz Reinisch, next to the original shrine 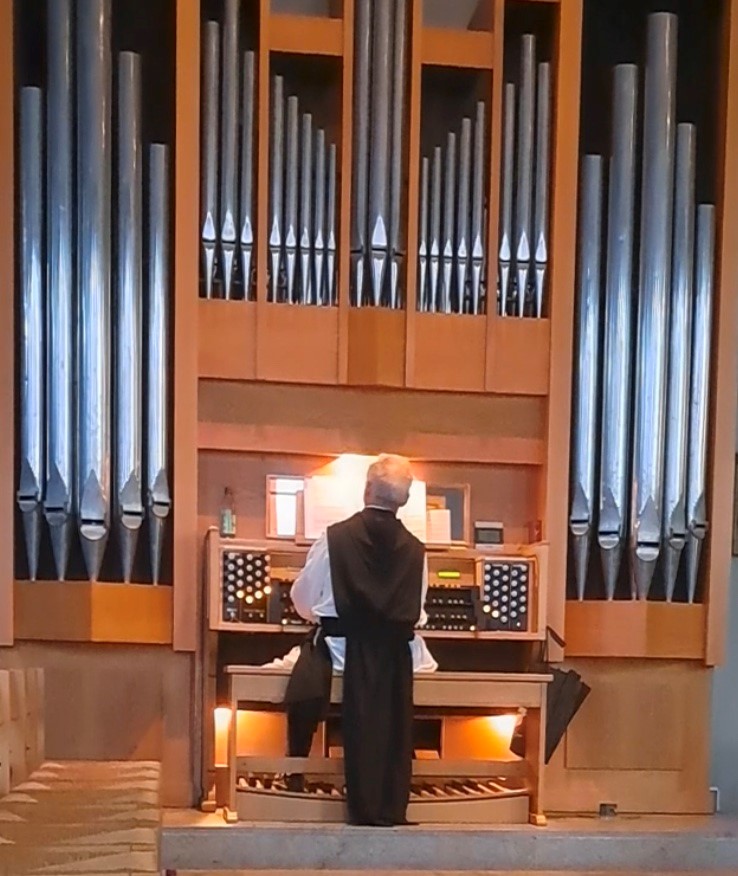 Reinisch’s memorial day came to an impressive end with the “Concert of Silence”. At the beginning of the event, Fr. Niederschlag asked that the final applause be dispensed with to give Franz Reinisch the necessary space to testify. Franz Reinisch’s life and decision-making trajectory is traced in a dialogical manner. In the dialogue, written by a former employee of Reinisch Forum, Angela Marlier, Franz Reinisch’s former girlfriend asks about the reasons for his decision.

The role of Ludowika Linhard was declaimed by journalist Katrin Wolf, who played it impressively. Father Heribert Niederschlag SAC lent the voice to his community brother Franz Reinisch. Musically, the biography was co-designed by Frater Gregor Brandt OCist, organist of Marienstatt Abbey. With his organ he was able to intonate the various episodes of Reinisch’s life and thus give them a deeper expression. When the three actors left the church in silence at the end of the play, the 100 or so participants were very impressed. Many remained in the church in silence. A Pallottine missionary from Brazil, who happened to be present, was moved and touched with the comment: “Days like today are, especially for the Church in Germany, a warning and a hope at the same time!”.

The Reinisch Forum would like to thank all those who helped to make this day so dignified, solemn, and impressive. We would like to thank you for the warm hospitality at the Pilgrim House and Pallotti Church. Everyone’s involvement shows that Reinisch’s testimony touches people.