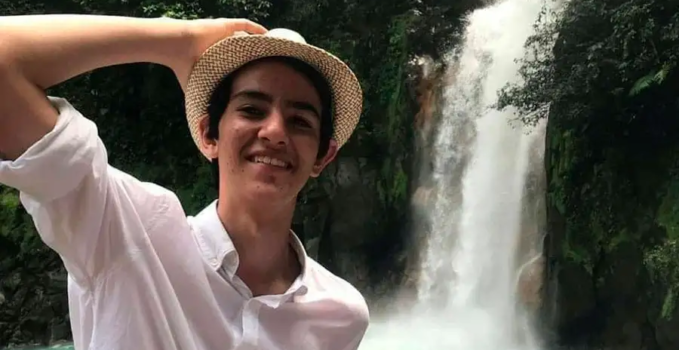 We have all mourned Marco Calzada. There has been no distance, no time. There, where there was a Schoenstatter; there, where we were reached by the news of the death of a young man who was assaulted on his way home – a young man, healthy and generous, who could have been any of our children – there have been tears and gratitude. As those who really knew him said… there has been victory. —

I was not fortunate enough to know Marco, but I have the privilege of knowing his parents and his little sisters and of knowing very closely the Ignis Mundi community of which they are members. A community born under the shadow of the Shrine, educated in the Schoenstatt pedagogy and marked by the Covenant of Love with Mary. A lay missionary community that has been able to respond radically and boldly to Schoenstatt reaching out, going out to meet the poorest.

It is in this context that early Sunday morning in Costa Rica and at noon in Spain we learned that Gabi and Mario, Marco’s parents, found his bed empty. Worried about his absence, we received the request to pray strongly for his disappearance and since then a continuous chain of prayer has not ceased, because we all sensed that a sword would pierce the hearts of those worried parents, of those girls who were growing holding their older brother’s hand, of those friends who had seen him off the night before, of his Schoenstatt group, of his schoolmates and Salesian community, of his Ignis Mundi missionary community. From all of us who knew them, wherever we met them. A bolt of lightning fell from Heaven. A few hours later we found out the terrible news of Marco’s death, killed by some young people for a cell phone they had stolen from him.

The unimaginable pain of his parents did not prevent them from giving thanks for their son. Neither the questions nor the complaints that their hearts would bear were heard. We have only “harvested” their tears of blood, their words of thanks and words of forgiveness and mercy. We have witnessed the worst of the work of evil in death, but we have also witnessed the greatest of God’s victories over evil: Love and Mercy.

Embracing the cross of Christ

Gabi and Mario wear the crown of Mary’s sorrow on their heads. The one that only a few are able to bear from the heart of God where they are. In the force of the thunderbolt that fell upon them, they have leapt into the open arms of Christ and have melted into the infinite embrace of the immensity of Heaven. There they have left their son, the one who was entrusted to them for 19 years, the one who was born from their womb, the one who gave them his love, generosity, joy, trust, fidelity to his roots, devotion…and so many other things. And Marco left. But God left his mark and the seed well planted that is already beginning to give much fruit, fruit in abundance.

Thank you, Marco, Gabi and Mario, because now we know and we have lived together with you what it means to embrace the cross of Christ, not in his defeat but in his victory. You have taken us back to the first centuries of the Christian era where the important thing was not to have, but to be. Where the important thing was not to gain life but to lose it in order to gain Heaven. May we not forget this in our journey. Thank you from the bottom of our hearts.

Thank you, Marco. As Fr. José Luis Correa said in his homily, you are a martyr of goodness. Schoenstatt, and within Schoenstatt, the Ignis Mundi community to which I especially unite myself today in their pain and sadness, but also in their hope and gratitude for what you were and continue to be from Heaven, have the great gift of having had you and loved you. You will be light for many because you will shine like a star. 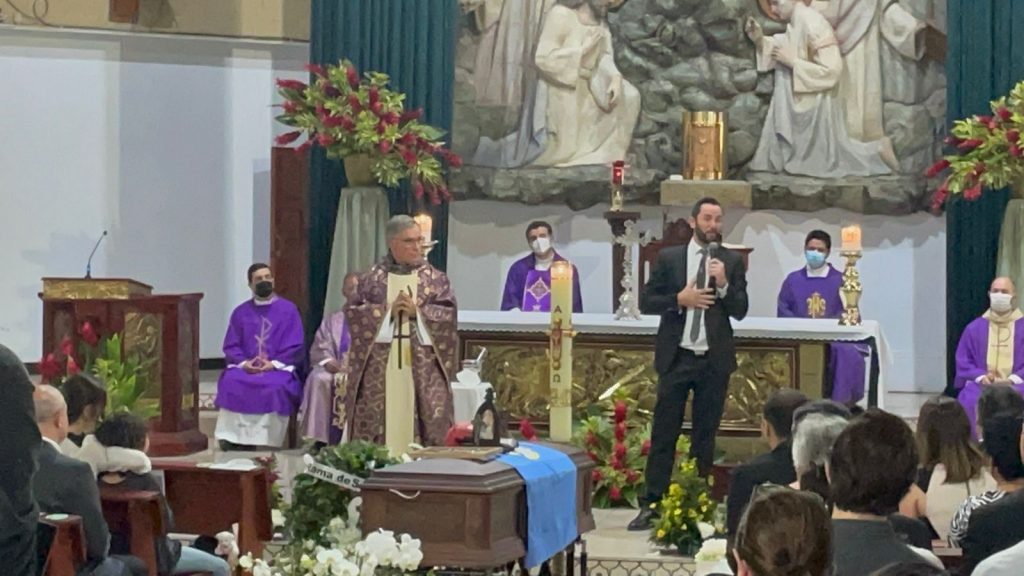