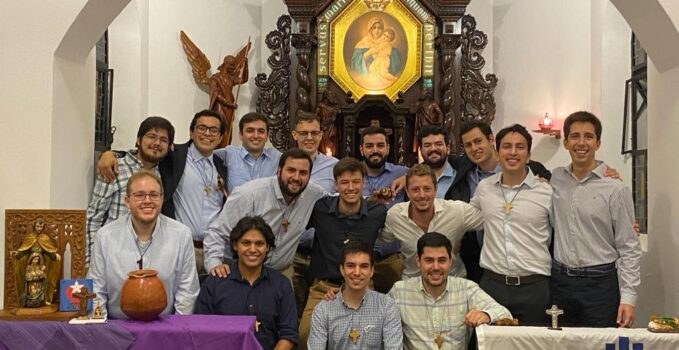 Sixteen young men from seven countries – Argentina, Brazil, Chile, Colombia, United States, Mexico, and Poland – are in Tupãrenda, Paraguay, since mid-March in the novitiate of the Schoenstatt Fathers, at the beginning of a long road of discernment and formation that will lead them to the priesthood at the service of the Schoenstatt Movement and the Church. —

From left to right, in the row below in the photo are:

From left to right in the top row are:

Together, and accompanied by Fathers Pablo Pizani (Los Angeles, Chile) and Manuel López Naón (Buenos Aires, Argentina), they trust in the prayers of the International Schoenstatt Family.

With the tunic of Sion, they will renew their Yes to God

The reception of the Tunic will take place on July 16th at the Holy Mary of the Trinity Church, Schoenstatt Shrine of Tupãrenda, Ypacaraí, Paraguay. During the Eucharist, the novices will receive the Tunic of Sion as a sign of belonging to the community. With the reception of the Tunic of Sion, each of the Novices, following the example of the Blessed Virgin Mary, pronounces once again their YES to God’s will in their lives. In this way, they confirm the call of Jesus to place themselves at the service of others in the Schoenstatt Movement and in the Church, from the charism of Father Joseph Kentenich.

The Sion Tunic is the liturgical vestment of the Community of the Schoenstatt Fathers. 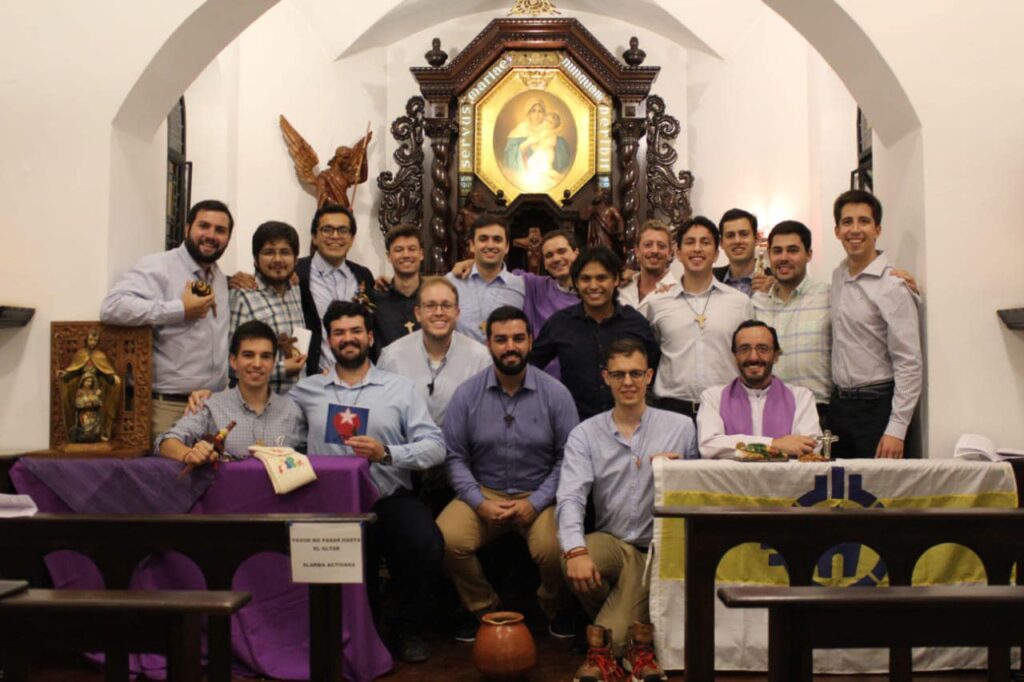 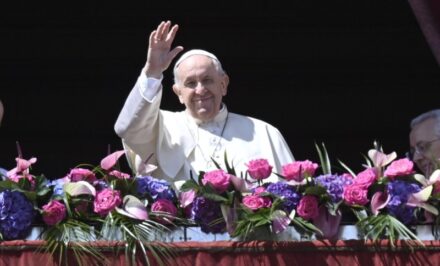 Our eyes, too, are incredulous on this Easter of war