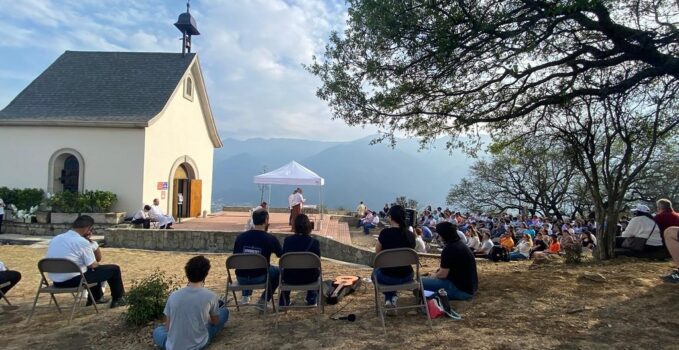 For two years the road to access by car to the Shrine Maria Camino al Cielo has been closed, preventing us from going to this beautiful place of grace that is on top of a hill, in the city of the mountains, as Monterrey, Mexico, is known. —

But as the children are always looking for a way to get to their mother’s house, about a year and a half ago, a family of Schoenstatters made a pathway through the mountains that, although it is somewhat complicated, allowed life and the pilgrims to return to the Shrine. 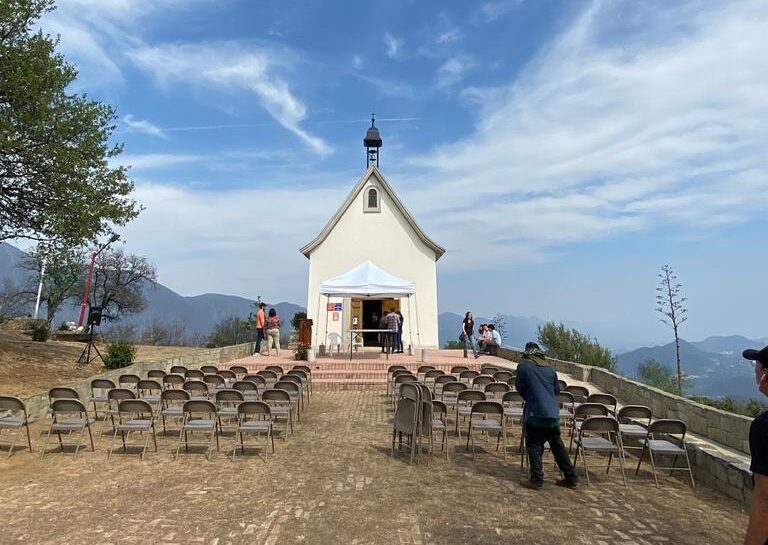 Our Mother wants her children back

It is amazing how the Blessed Mother uses everything to attract her little children! We noticed that it has become a popular walk among people who like to do sports, and that the Shrine has been filled with life. For many, finding a “little chapel” up there is a new experience.

Shortly after having the trail, the Sunday morning Masses resumed, the Fathers going up and getting in shape, and many committed Schoenstatters making sure that nothing is missing up there. Of course, for many others, including myself, it was impossible to hike up the trail due to physical or health issues. So we had to do with seeing photos of friends -who neither belong to the Movement nor know Schoenstatt- that were uploaded on networks, our heart was happy for them, but it was beating with nostalgia.

However, this Palm Sunday, a temporary agreement was reached with the neighbors and they allowed car access to have some of the Holy Week services.

Meeting again at the Shrine, it was like coming home after a long time. I walked up the road that goes from the parking lot to the Shrine as if I were on pilgrimage, in silence, enjoying the nature and the environment so well known and loved, and greeting Father Kentenich as I passed, who also welcomed me.

How great it is to be here!

This is the expression that was heard again and again among those of us who had not been here for such a long time. It was like a big family celebration, because we also met many people we had not seen for a long time due to the pandemic.

We hope that they will reach definitive agreements and that next May 22nd, we will be able to celebrate the 20th Anniversary of the blessing of this beautiful place of grace.

Blessed Mother, take us back to your Shrine! 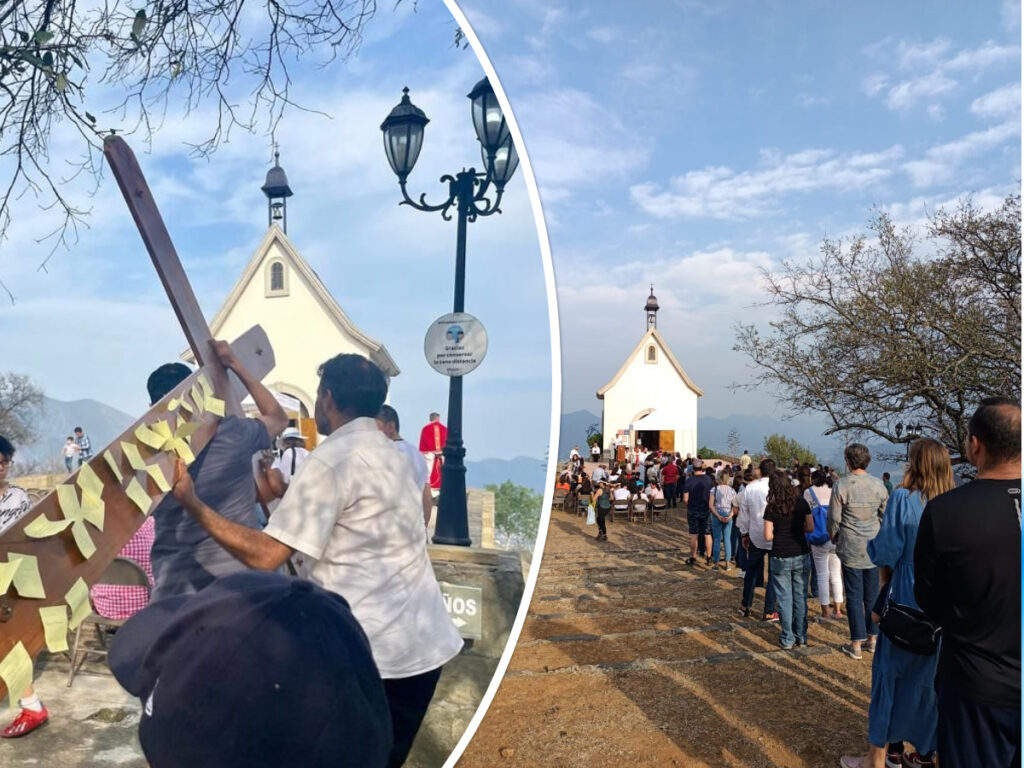