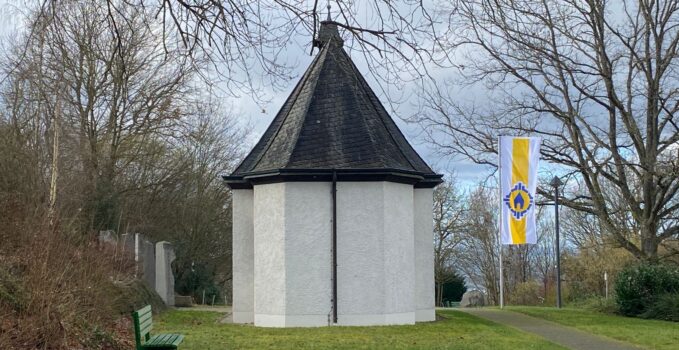 Creating attachments between all the men’s communities of Schoenstatt

Our time is characterized by individual concepts of life – we find it important to create connections and relationships between all the men’s communities of Schoenstatt (… and perhaps beyond?). For us, “Marienberg” is the symbol and place of our founder’s “vision” of a new Christian social order through the man ‘Puer et Pater’. Therefore, the invitation to the “Marienberg – Forum”. — 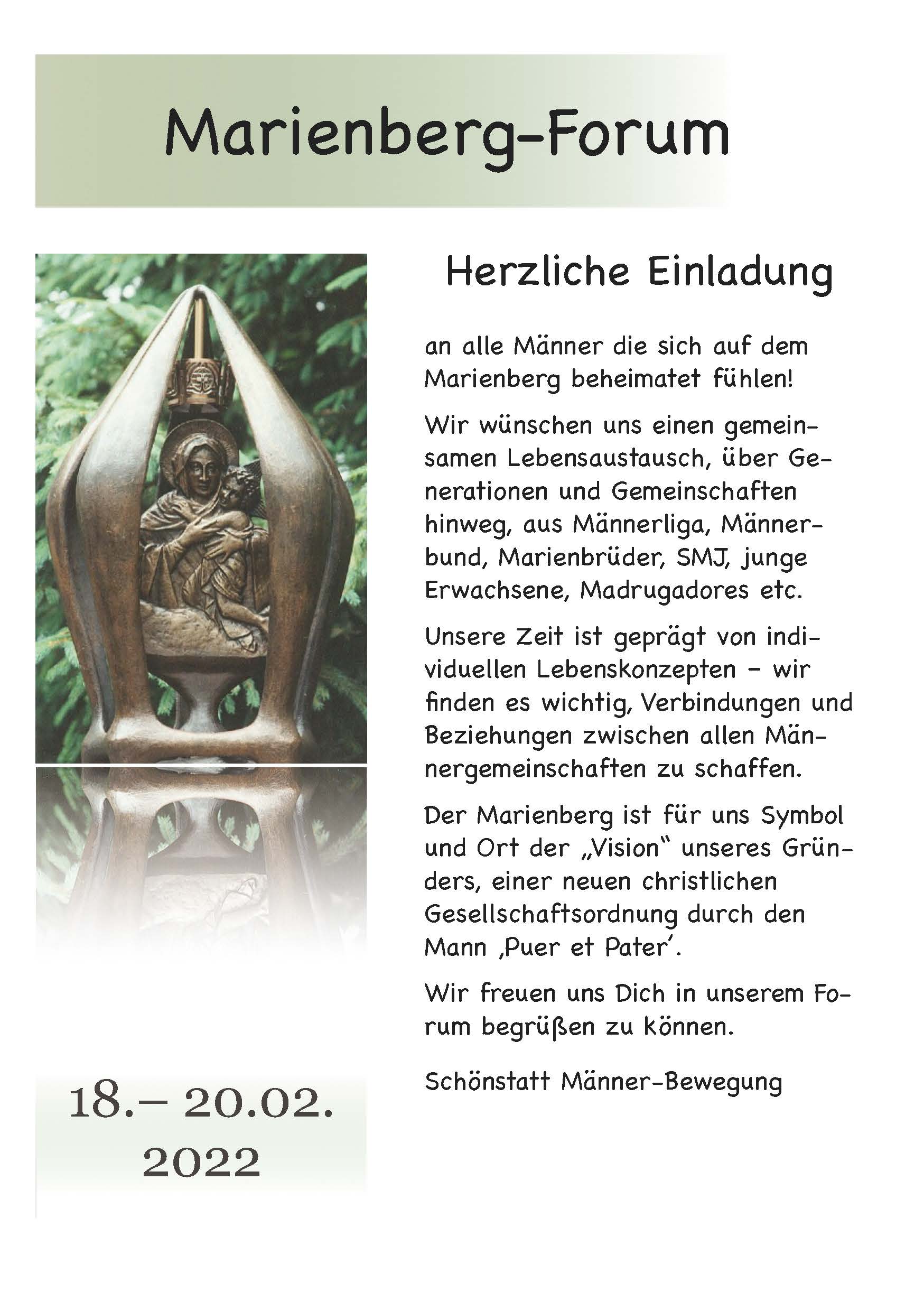 “What is the “Marienberg?” – Probably not only Schoenstatters from outside Germany are asking themselves now.

Marienberg is the mountain, or more precisely, one of the mountain ranges of the Westerwald that surrounds the valley on the outskirts of Vallendar where the Original Shrine is located. During a talk in 1966, Father Kentenich referred to it as the “Men’s Mountain” and outlined a vision for it.

Men’s Mountain/Marienberg is therefore home to Schoenstatt’s men’s communities from the Youth to the Institute of the Schoenstatt Brothers of Mary, Men’s League and Men’s Federation, as well as newer initiatives such as the Madrugadores.

In the center is the Tabor Shrine, in front of which are the 5 pillars that have characterized the thematic work of the Schoenstatt Youth for decades; inside are elements such as one of the torches from the Torch Relay 2014 from Valle di Pompeii/Rome to Schoenstatt as an eternal light traffic light, or the God the Father symbol with its many rays, which were designed and worked on by individual men’s groups. 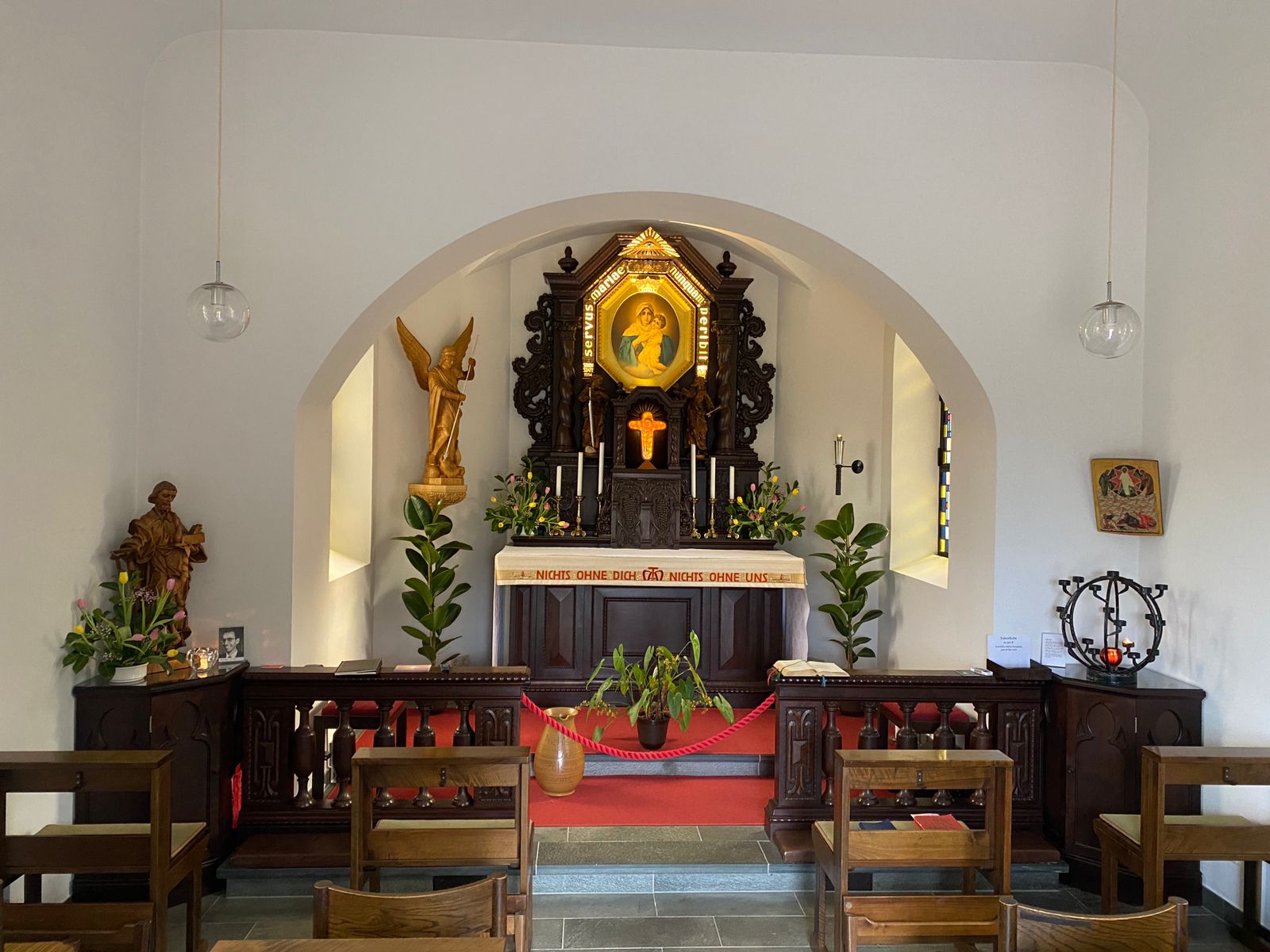 What is the intention behind the Marienberg Forum? We want a common exchange of life, across generations and communities, from Men’s League, Men’s Federation, Brothers of Mary, Boys’ Youth, Young Adults, Madrugadores, etc.

The Marienberg Forum consciously sees itself as an event for ALL men to whom Marienberg is important and who feel connected to it.

The Marienberg Forum will take place as a presence event from February 18 – 20, 2022 in Vallendar – Schoenstatt, House Tabor. There is the possibility to participate by zoom in some of the program points. 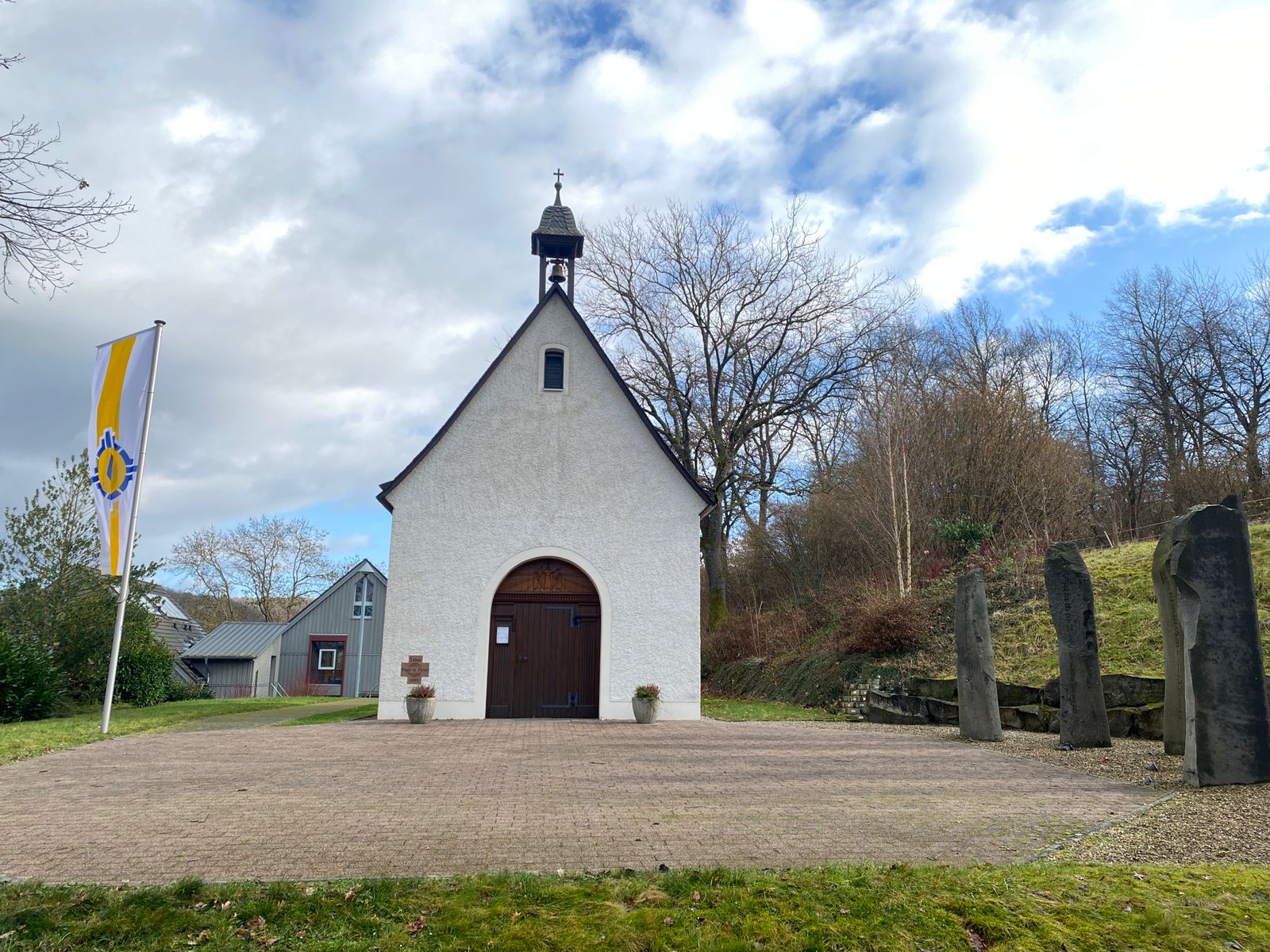