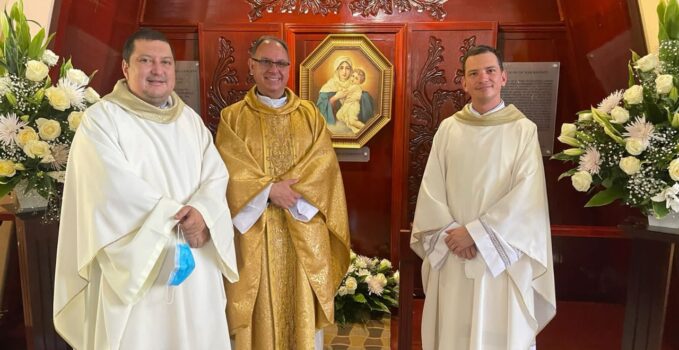 The community of Turrialba celebrated the enthronement of the Blessed Mother in the Parish of San Buenaventura, on January 8, 2022. An act full of faithful with open hearts welcomed the Mother of the Lord. —

Turrialba is located about 44 km east of the city of Cartago and 67 km from San José, capital of Costa Rica and home of the first shrine in Central America.

The enthronement of the Blessed Mother was accompanied by a series of activities that not only prepared the community for the great celebration, but there were also activities that introduced the Schoenstatt Movement, its spirituality and its service to the church.

During November, the Auxiliary Pilgrim MTA visited all the churches of San Buenaventura Parish, accompanying them and praying the holy rosary.

On the other hand, Webinars were organized by several members of the Movement, addressing interesting topics, among which the following stand out:

Once the Holy Mass was concluded, the enthronement ceremony was held, they prepared an old confessional, a very special place inside the parish church for our Blessed Mother to be permanently present. 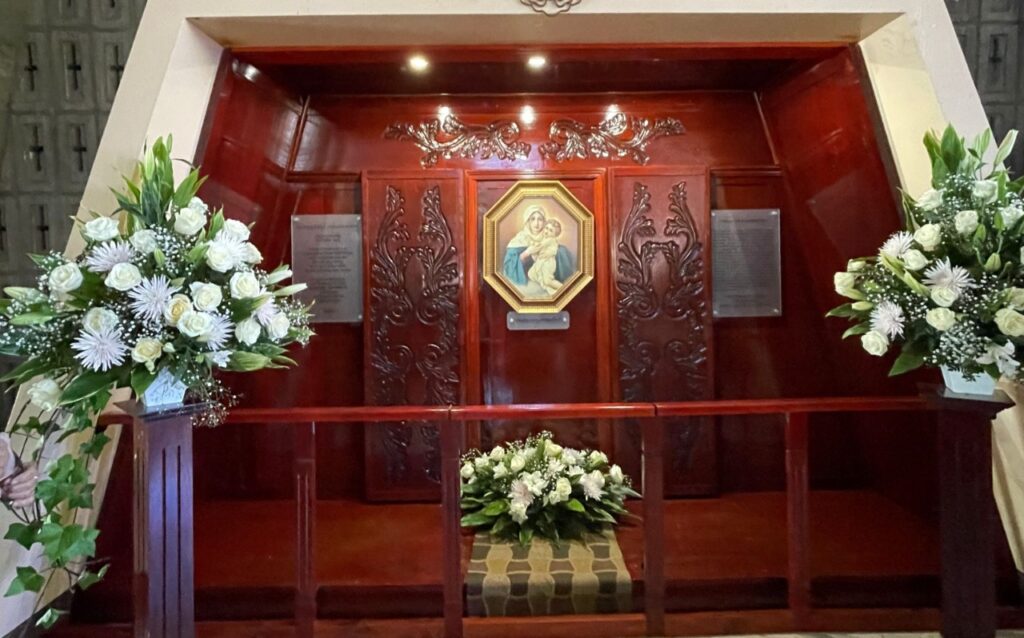 “I want to belong to this Movement”

For Alexander and Yolanda who are pioneers of the Movement in Turrialba and are currently the Heads of the first groups of the Family Branch, it was a day of great joy and they shared with us these beautiful words:

…and the long awaited day of the enthronement arrived, we felt like in those years of our childhood, when we waited for the most desired Christmas gift; in reality it was a gift or more than that, a dream come true that our Mother Thrice Admirable of Schoenstatt would come to our Parish Temple to establish herself and to bring the same graces that she gives us from the Shrine.

It was beautiful to see expectant faces and others who already knew what would happen, but all without knowing how emotional the moment would be. I came down from where I was to pray the small consecration and when I finished I was surprised by a very effusive embrace from a friend who came out to meet me with his eyes glazed over; perhaps some did not understand why there was so much emotion, so much joy, and it was because those of us who have sealed the Covenant of Love with the Blessed Mother, feel accompanied and protected by our Mother.

We were surprised to hear many people from the community, who, without knowing the Movement, prayed the small consecration in unison as if they had always prayed it. We were even more surprised to see a man kneeling in front of the Blessed Mother after everything was over, praying and saying “I want to belong to this Movement”.

That January 8, 2022 is a day that we will carry forever in our hearts, the Blessed Mother is permanently with the people of Turrialba and now more than ever we will say… Nothing without you, nothing without us. 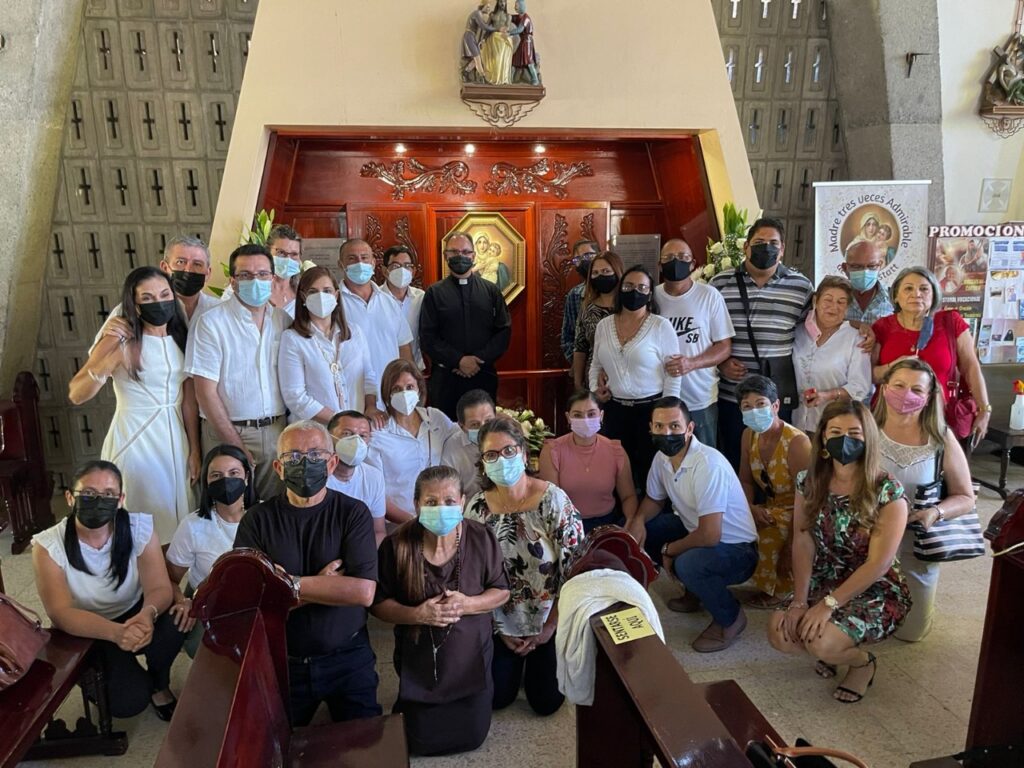 Source: www.schoenstattcostarica.org, with the editor’s permission