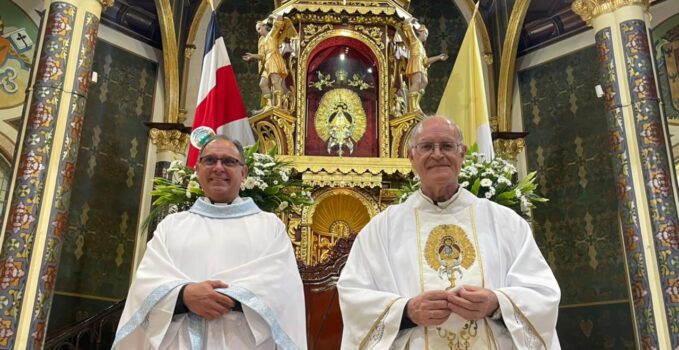 “I think he went back to Germany, very happy for all the life he experienced here”, commented Fr. José Luis Correa about the recent visit of Fr. Juan Pablo Catoggio, Superior General of the Institute of the Schoenstatt Fathers, to Costa Rica, where he was with a full schedule between January 8 and 12, 2022. —

Father Juan Pablo presided at several Eucharists in the Shrine: the same day of his arrival in San Jose, dazzling by the quality of his homily and the warmth of his person. He also had the privilege of presiding and preaching the Holy Mass in the Basilica in Cartago and in subsequent days as the first concelebrant in the noon Mass, presided by Bishop José Manuel Garita, President of the Episcopal Conference of Costa Rica in our Family of Hope Shrine. 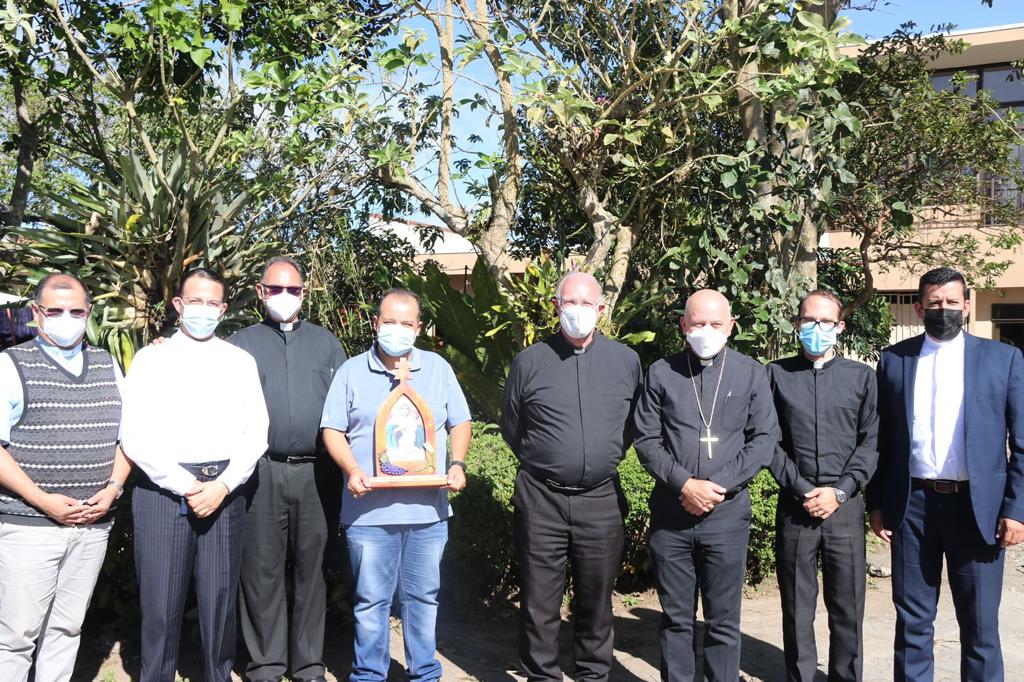 After an interview with our Archbishop José Rafael Quirós, he was invited to celebrate Mass in the house of the patroness of Costa Rica, in the Basilica of the Angels in Cartago, a gift from our Blessed Mother!

Between the Basilica and the East headquarters house where we had the meeting and lunch with the priests, he was taken to visit the diocesan cathedral, where the pastor placed the picture of the Blessed Mother some years ago, and the headquarters of the Movement in Cartago.

On Tuesday 11, Fr. Juan Pablo had the opportunity to concelebrate Mass with some diocesan priests at the Family of Hope Shrine, which was presided over by Bishop Juan Manuel Garita, Bishop of Ciudad Quesada, and president of the Episcopal Conference of Costa Rica, and then share a lunch. The meeting was attended by, among others, a couple of vicars of the Archdiocese, the parochial vicar of Santa Ana Parish, where the shrine is located, the Vicar of Family Pastoral of the Archdiocese and Executive Secretary of the Family Pastoral Commission of the Episcopal Conference and the person in charge of Catechesis at the national level and several other priests. 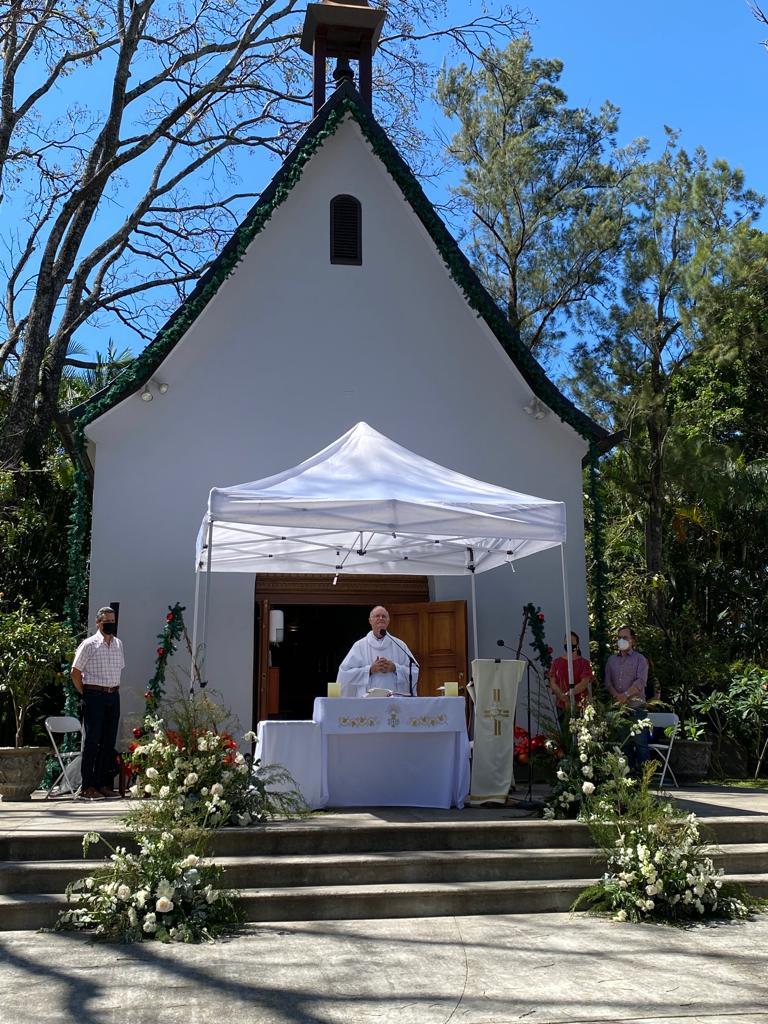 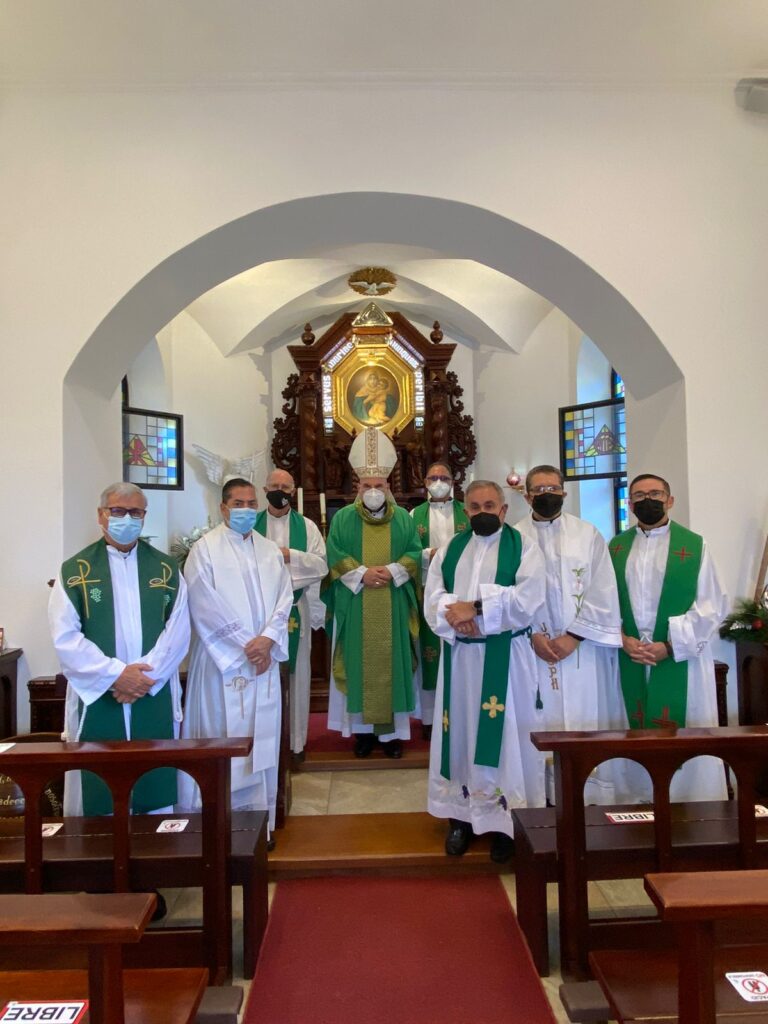 Fundamental traits of the priesthood

At that lunch, Father Juan Pablo shared the fundamental traits of the priesthood according to Father Kentenich, humility, closeness, etc., all attitudes that are summarized in the Marian dimension of the priesthood.

The four bishops with whom he spent almost four days and the diocesan priests with whom he exchanged, all agreed in recognizing and expressing gratitude for what Schoenstatt is, contributes and means in and for the Church and the Costa Rican and Central American society. 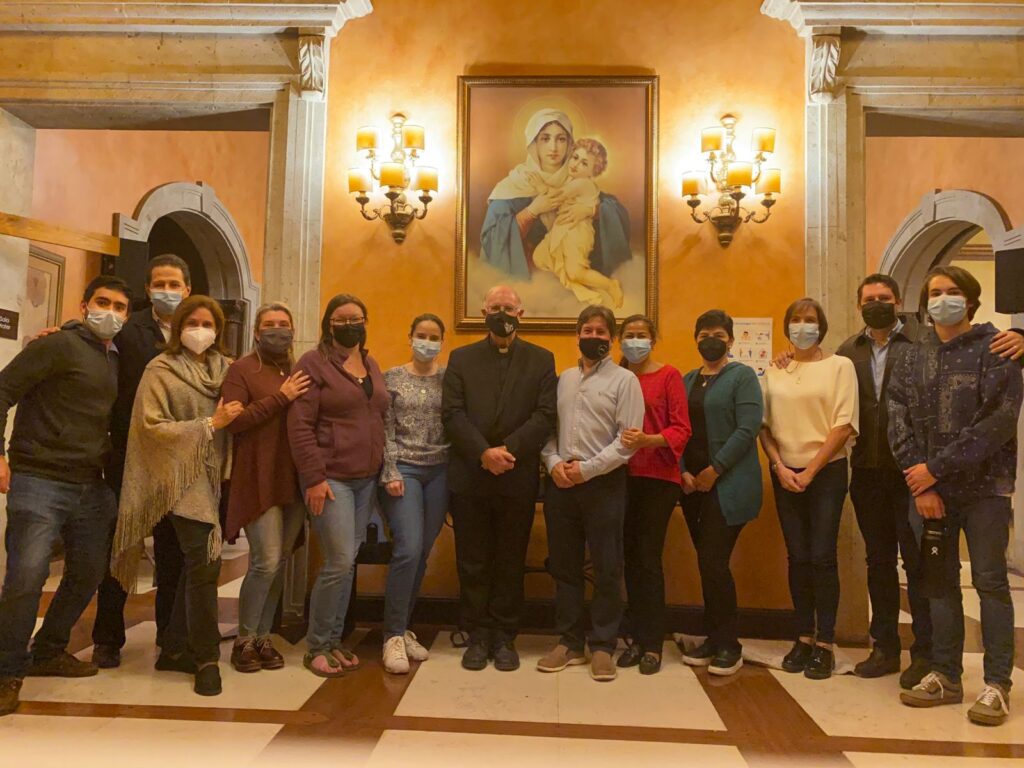 Encounters with the Schoenstatt Family

Apart from these clerical ecclesial contacts, the encounters with Schoenstatters were equally important. One was with members of the Family Federation on Saturday night. Another was with the national advisors of the different branches in the country, together with the diocesan coordinators of the Movement. In the East of San Jose, he visited the Wayside Shrine in Entre Rios, where he met with several neighbors and toured the Marriage Route. Later, he held a meeting with members and leaders of the Boys’ Youth and then with the zonal coordination of the Movement of the East Zone.

On the penultimate day of his first visit to Costa Rica, he had a meeting with leaders of the Ladies’ Branch (Tuesday morning) and with some of the Young Professionals and others of the Apostolic League for Women and their advisor, Amparo Ruiz.

In the afternoon he also had a meeting with the coadvisor couples of the Movement in the other Central American countries.

Businessmen and Schoenstatters in politics and public service: bridges of faith and life

He had a meeting with some representatives of the CIEES (International Community of Schoenstatt Businessmen and Executives) and others from the group of Schoenstatters and Catholics in politics and public service, who presented what each one of these communities does. He stressed to them the pedagogical dimension of the Movement, in terms of being a bridge between faith and life, helping the Church to go out and to reach and take the Gospel to the whole culture (the new evangelization), which are tasks that belong primarily to the laity. He also spoke to them of the need to act in the midst of the world, uniting and supporting each other.

Time is more important than space

We still lack in Schoenstatt, he said, to translate what is ours to the world of economy, politics, art, etc. And he recalled Father Kentenich’s letter to Father Tick in 1948, challenging us to elaborate a spirituality, a way of life in politics and business. He also quoted the principles of Pope Francis in Evangelii Gaudium (numbers 223ff.):

Father Catoggio left for Germany on the 12th and expressed having spent some ‘wonderful’ days but above all he was very grateful for the work that is being done here in the name of Schoenstatt. 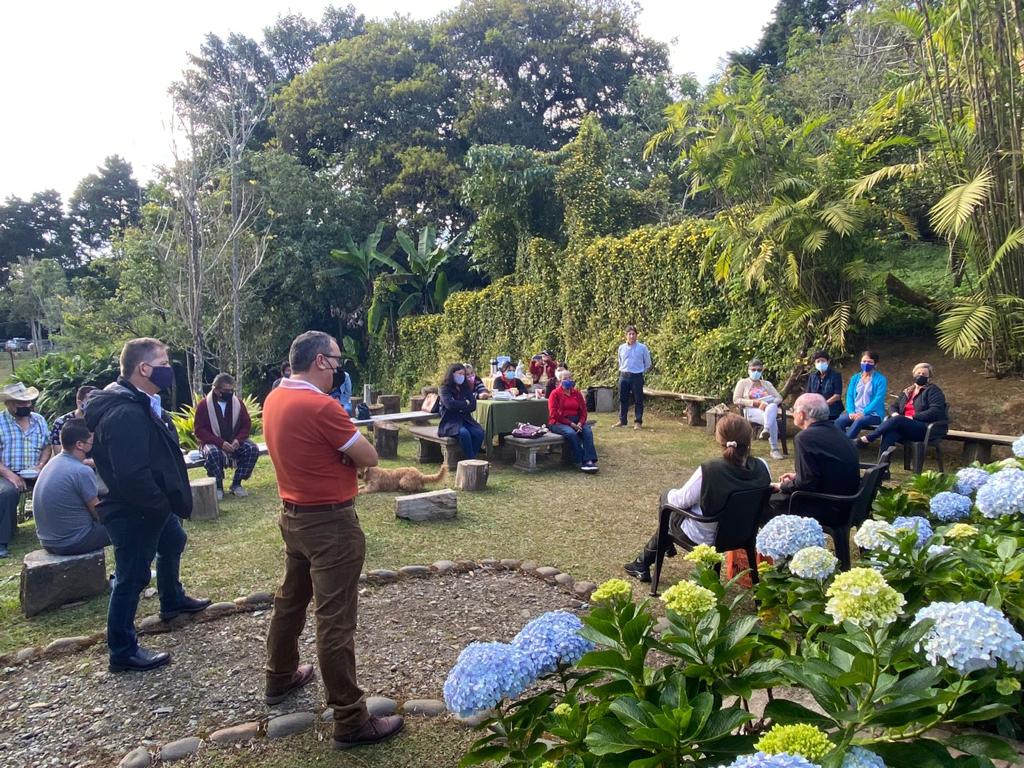 Source: www.schoenstattcostarica.org, with the permission of the editors