“Dachau – the significance of this name cannot be erased from German history. It stands for all the concentration camps that the National Socialists built in their area of control,” said the publicist Eugen Kogon, who himself was imprisoned for several years in the Buchenwald concentration camp. Dachau cannot be erased from Schoenstatt’s history either, as Fr. Joseph Kentenich and several Schoenstatt priests were imprisoned there. Visits to the Dachau Memorial are hard and necessary in order not to idyllize or isolate the Schoenstatt perspective of “Dachau,” but to place it in its real historical context. —

The Dachau Concentration Camp Memorial has been open to visitors again since the end of August, the 3G regulation applies – visitors must be vaccinated, recovered or tested and provide proof of this. The bunker and barracks are still closed, access to the Carmel Church is only possible via the monastery parking lot.

The latest information on admission conditions can be found on the website of the concentration camp memorial. 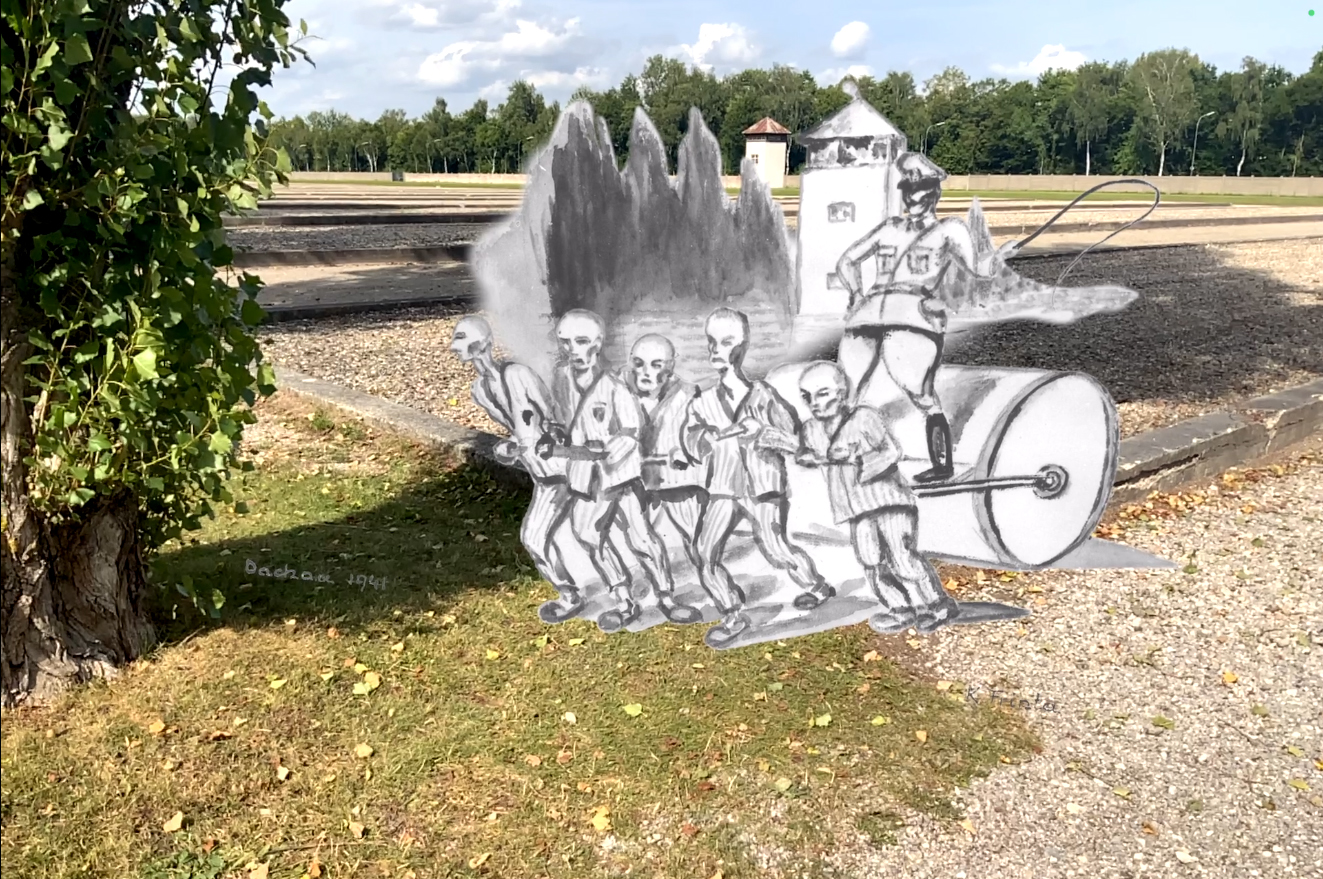 The Dachau concentration camp in drawings

ARt is the short name of the project: “Art meets Augmented Reality. Dachau Concentration Camp in Drawings.” AR in ARt stands for Augmented Reality. With the help of this technology, the drawings can be linked back to the historical site by appearing today in the places on the memorial grounds where the artistically active prisoners located them at the time.

Prisoner drawings are important sources. In contrast to the photos from the perpetrator’s perspective of the SS, they provide insights into how the detainees processed their experiences. In addition, ARt includes portions of graphic novels created by descendants of former prisoners and other art professionals. “By using innovative technologies and incorporating today’s visual explorations of life in the concentration camp, ARt builds a bridge between generations and invites young people in particular to engage with the history of Dachau Concentration Camp,” says Dr. Gabriele Hammermann, director of the Concentration Camp Memorial, expressing her delight at the new digital offering. “With the help of augmented reality, ARt offers virtual access to the memorial site and shows the drawings of the prisoners in a novel way. In addition, ARt encourages a deeper examination of prisoners’ biographies and thus enables an individual approach to active remembering,” adds Dr. Christoph Thonfeld, head of the memorial’s scientific department.

The app also contains audio clips. They explain the pictorial memories – among other things, with the help of further lore from former detainees.

The ARt app guides visitors to 22 images on the outdoor grounds of the memorial. The tour with the app, which can be used with smartphones and tablets, takes about an hour. The German- and English-language application has been available free of charge for iOS und Android in the respective app stores since September 10, 2021.

In the web tour, the historical drawings are linked to the current location through photos of the concentration camp memorial. It makes the tour available barrier-free and will soon be accessible on the Dachau Concentration Camp Memorial website. 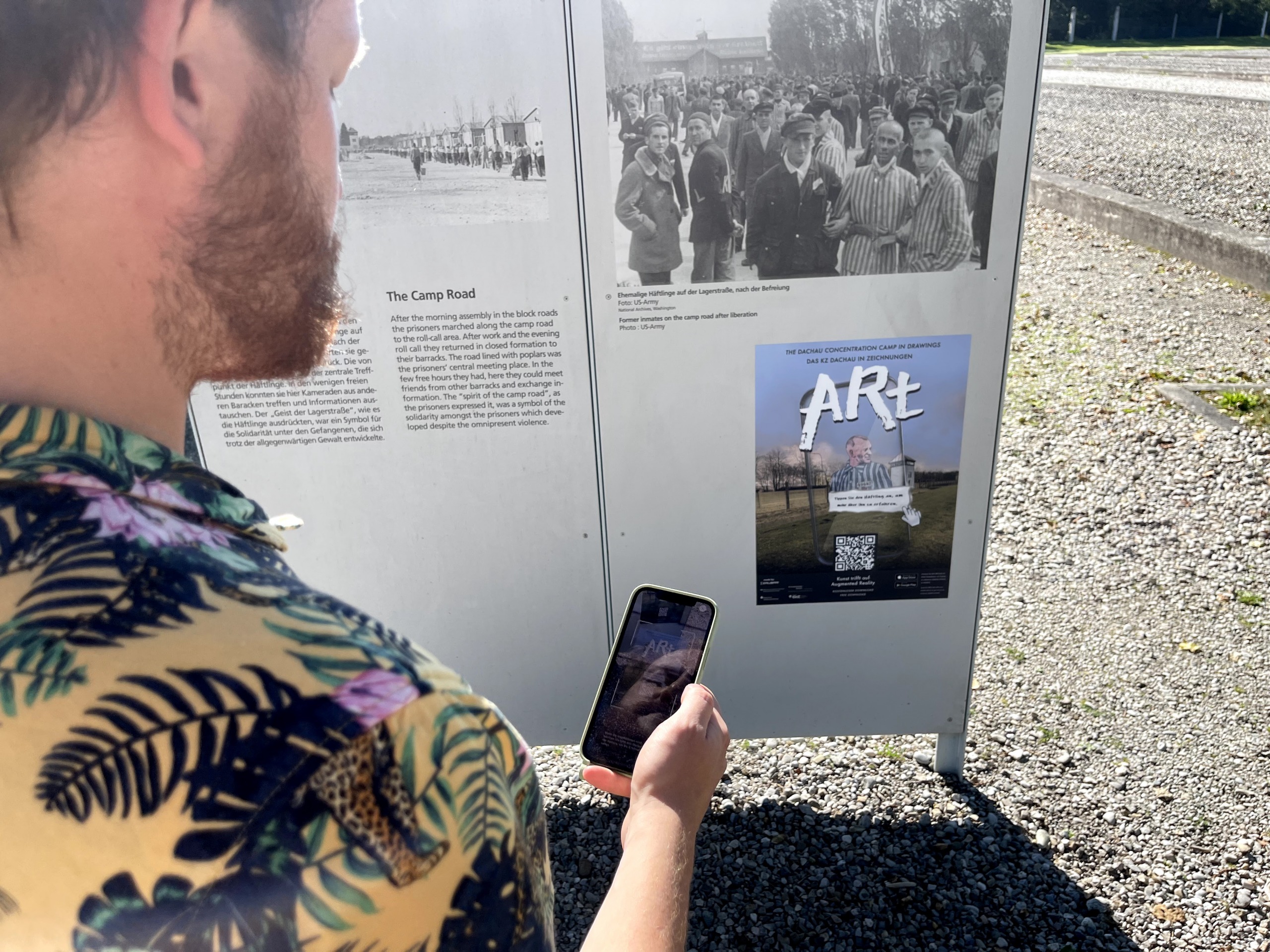 Schoenstatt in the Dachau Memorial

“Next year in March it will be 80 years that Father Kentenich came to Dachau concentration camp as a prisoner. On Saturday, March 12, 2022, and on Sunday, March 13, 2022, we will commemorate it, celebrate a Holy Mass if possible and have various offerings,” said Sister M. Elinor Grimm, Schoenstatt Sister of Mary and official speaker at the concentration camp memorial.

In connection with a deeper knowledge of what Dachau was and is for today. 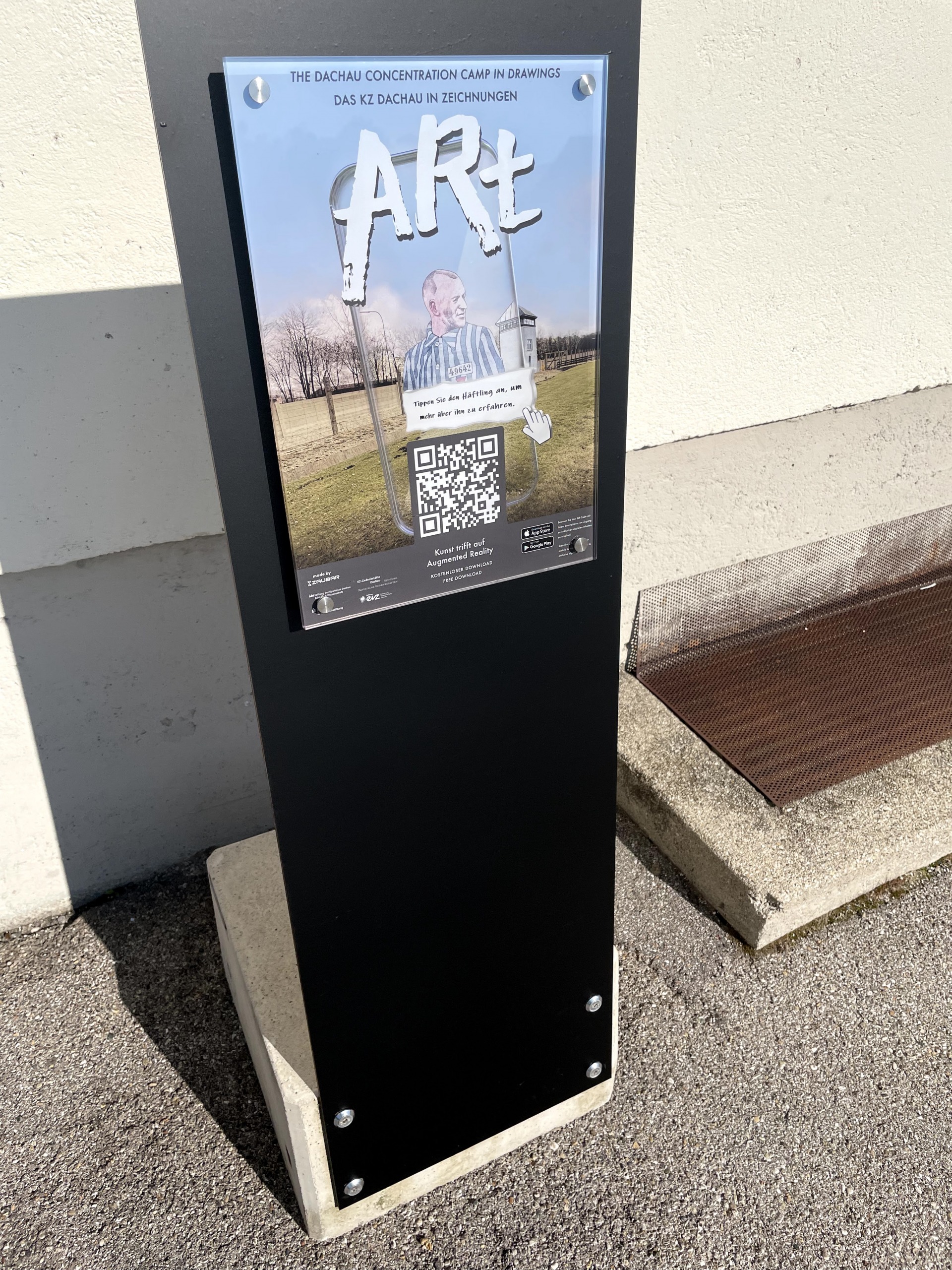