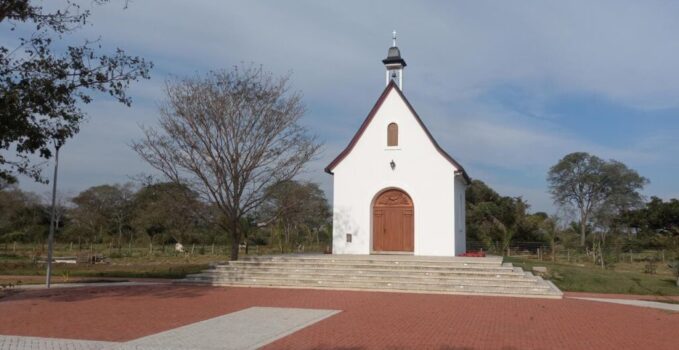 We have a new shrine! The second shrine blessed during the pandemic, the second shrine in Bolivia, the shrine cover by the shadow of the largest wayside shrine in the world, the shrine with the largest number of planned and cancelled blessing dates, the shrine that on the afternoon or evening of September 4, 2021 gathered hundreds of Schoenstatters from Bolivia and Chile in its place and hundreds more around the screens: Paraguay, Colombia, Peru, Chile, Costa Rica, Germany were present. The Shrine “Jenerechú, fuego vivo de esperanza” (living fire of hope) is no longer a dream. Now it is a reality, and it is a mission. — 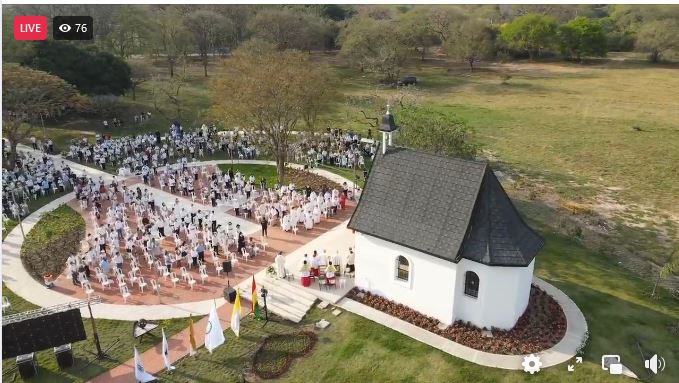 We are waiting for stories and testimonies from our Bolivian partners. In the meantime, some first impressions from the experience in front of the screen.

A bad internet connection. The master of ceremonies even had to ask those present to turn off their cell phones transmissions. The broadcast is interrupted again and again. But we can follow the consecration live. And with impressive camera perspectives. When the drone images are played back, all that remains is amazement and joy and a spontaneous prayer: God, you are still there, on our land. You will not let this land that your feet have touched perish. 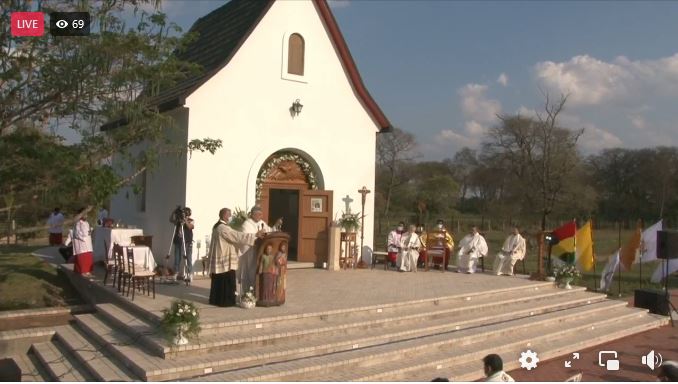 Great emotion among those present. The liturgy of the consecration of a church, the anointing of the crosses… “It is an excellent idea to reuse historical material that will be consecrated. It symbolizes the sacred history that God has made and is still making with this Family”, Father Oscar Saldivar, from Paraguay, said. 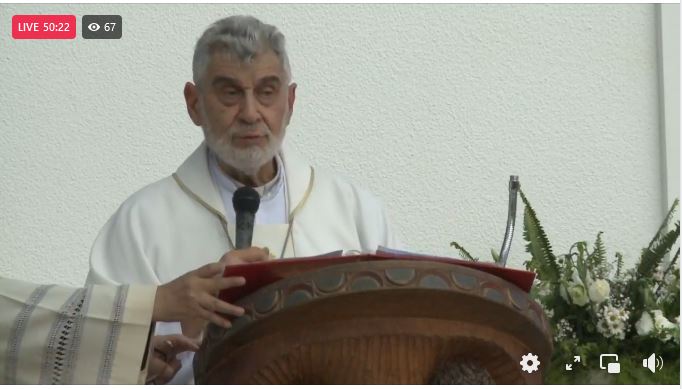 The entrance of the image of the Mother Thrice Admirable from the wayside shrine. Symbol of a journey of many, many years, since the foundation by a few lay people around an image of the Pilgrim Mother brought from Mexico.

Great press coverage. Several Schoenstatt pages and social networks published, in the past days, news, videos, invitations. It is surprising (and saddening) that so many Schoenstatters had not read about the blessing of a new shrine before, since there was a lot of information published before. The ecclesial and local press dedicated several articles to the new shrine: 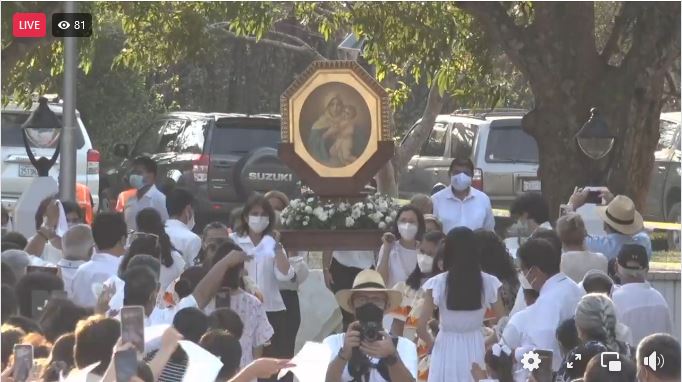 Today, September 5th, is the first day of the Jenerechú family, fuego vivo de esperanza and their shrine. And now, what is next? 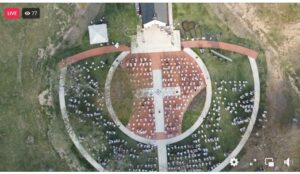 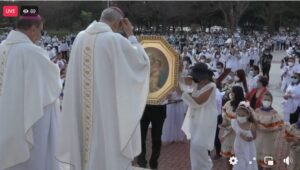 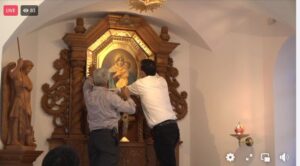