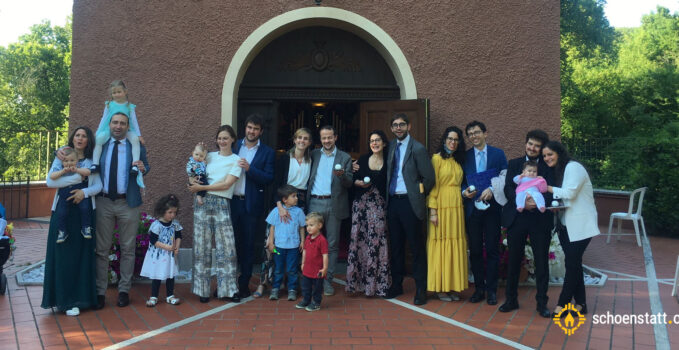 Sunday, May 30, on the Solemnity of the Most Holy Trinity, a small group of young families who were accompanied by the Schoenstatt Movement in Rome finally sealed the Covenant of Love with Mary. After approximately two years of preparation, between education, pandemic, reflections and new beginnings, six couples decided to entrust their family journey to Mary, the Mother Thrice Admirable, Queen and Victress of Schoenstatt. —

The proposal to seal the Covenant of Love with Mary came about in the fall of 2019. At that time the group, after a period of adaptation, had just elected a new “guiding couple” and saw in the Covenant proposal, the opportunity to reactivate with a common objective full of meaning, both spiritually and communally.

The beginning of the journey was strongly tested by the pandemic: the good will to maintain the union between the couples – born among the same group of friends – was manifested in the online meetings through the various platforms (Skype, Zoom, Jitsi…); but the spontaneous sharing resented a lot and also the ability to live the meetings with authenticity.

In the end, after a year of waiting, not yet feeling conscious, nor truly motivated to make the Covenant, the families gave themselves one more year to prepare.

Guided by Father Facundo Bernabei, national leader of the Movement, and also accompanied in the new year by Sister Asuncion, superior of the Sisters of Mary of the “Cor Ecclesiae” Shrine, the families restarted in the fall of 2020 with the same objective as the previous year, and with the same problem: the coronavirus. But this time the determination took the lead.

From the beginning, we tried as much as possible to organize meetings – outdoors and in safety – in such a way as to allow a certain human interaction, as well as to deepen the identity of the group and of each couple and at the same time to understand the promise implicit in the Covenant of Love.

Later, especially in the last meetings, the details were decided and each couple took on a small part of the responsibility for the organization of the big day, giving testimony of their willingness to “abandon themselves” in this bet and to trust in Mary, following the Schoenstatt charisma.

The day of the celebration

Uncertain as to whether the weather would be merciful (it was sunny all the time afterwards), and with the worry of how to dress (subject of a long diplomatic discussion) finally each couple renewed their own wedding vows, prayed their own family prayer and shared the group prayer, before receiving the traditional symbols of the candle and the medal and signing the Covenant book on the altar. As a family: a first for everyone, even for those who, as individuals, had already sealed the Covenant of Love with Mary.

“The Blessed Mother, covered with the sun of her Son, showed us all her care: a beautiful day, the presence of Francesco and Graziella, the first guiding couple, the background music of the children’s voices… Your prayers are the your inner self mirror. I advise you to guard your prayers as a precious treasure! We are living a moment of grace, may the Lord make your group fruitful and may the Blessed Mother protect you and give you the gift of loyalty to the Covenant”, Father Facundo expressed to the couples.

And since the group, first only as a game, then more and more seriously, decided to call itself “Mistica con la Mastica”. At the end they paid tribute to the community identity with a snack-appetizer-dinner in the garden of the Shrine. 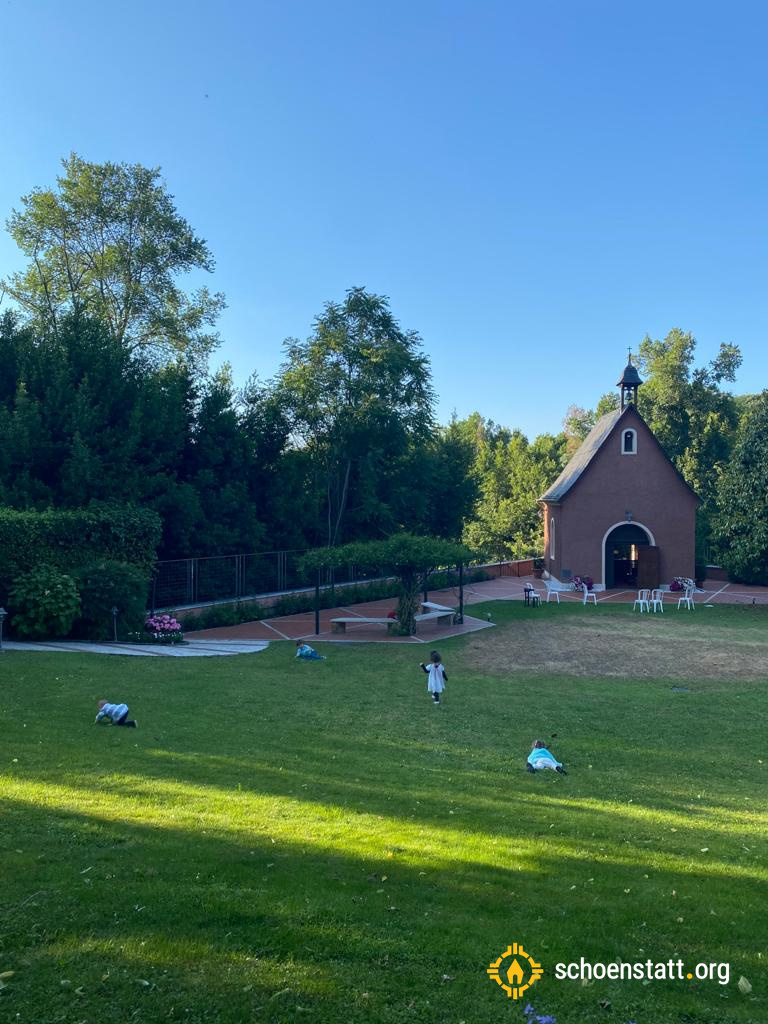