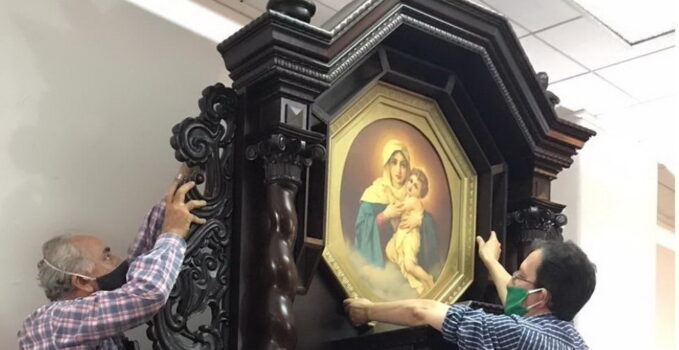 For a long time, this altar was in custody in the church of Our Lady of Lourdes and St. Vincent Palotti; a very significant place, since Father Kentenich was there several times during his visits to Uruguay between 1947 and 1952.

In an article in schoenstatt.org of December 2013 we can read:

A place to establish it is not yet available, but they already have the altar that was conquered and imported with the local contribution of many of the faithful, from the city of Santa Maria, Brazil. It is the last one to be made by the Brothers of Mary in that country.

On December 14 they presented the altar in community, during the closing of the year Mass. As the priest said during the homily: “The Blessed Mother will look for a physical place, where to install the Shrine. It is in her hands”.

On Suday, December 22 (2013), some Schoenstatters went to the Church of Our Lady of Lourdes and Saint Vincent Palotti – a place where the Father and Founder was many times during his visits to Uruguay – to move all the pieces of the altar from where they were exposed to a closed and safe place, which will be their temporary residence until they obtain a place for the Shrine.

Initially, the church community had assigned a floor for it, they needed to use the stairs to get there and the length of some of the pieces of the altar did not allow it to turn at the angle of the stairs, so it was decided to store it in a small room just below the stairs. The Schoenstatters were very surprised when some people from the Pallottine community commented: “several years ago, precisely in that room, they had found photos of Father Kentenich when he visited this church in Montevideo, and also a picture of the MTA from that time”.

Almost 8 years have passed, the Schoenstatt Movement of Montevideo still does not have a place for a daughter shrine, but it has its headquarters, called “Terruño de María” (Maria´s homeland), close to the Basilica Nuestra Señora del Carmen (Our Lady of Mount Carmel Basilica). They received permission to set up the altar of the future shrine in a chapel of the basilica.

So they moved the altar to its new place, in the neighborhood of La Aguada. Since the headquarters of the movement belongs to the parish of the Basilica del Carmen, the Schoenstatters actively participate in the life of the church and often have their celebrations there as well. 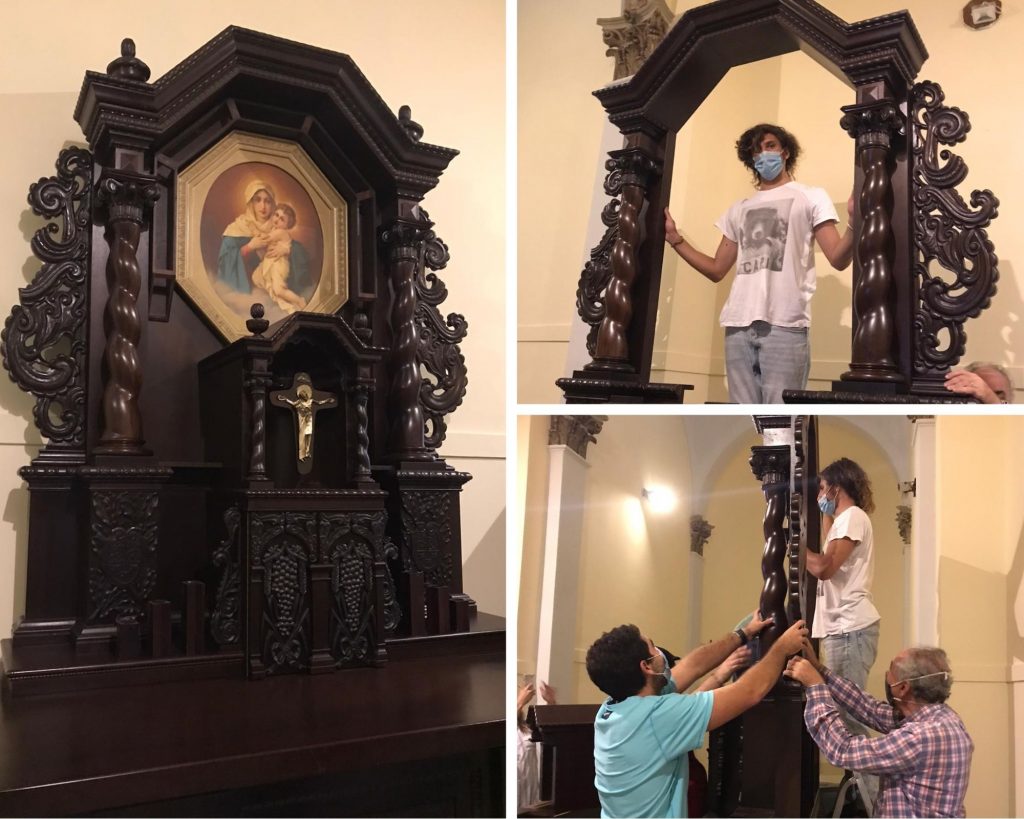