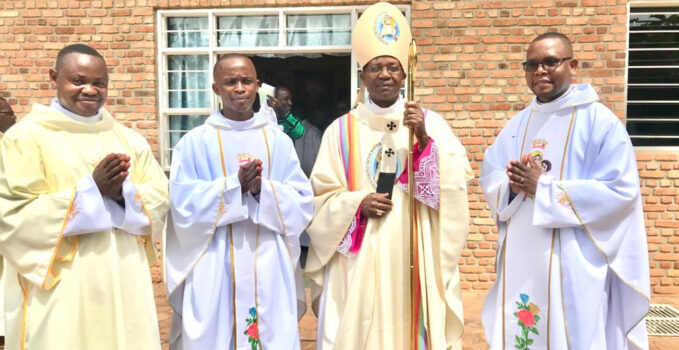 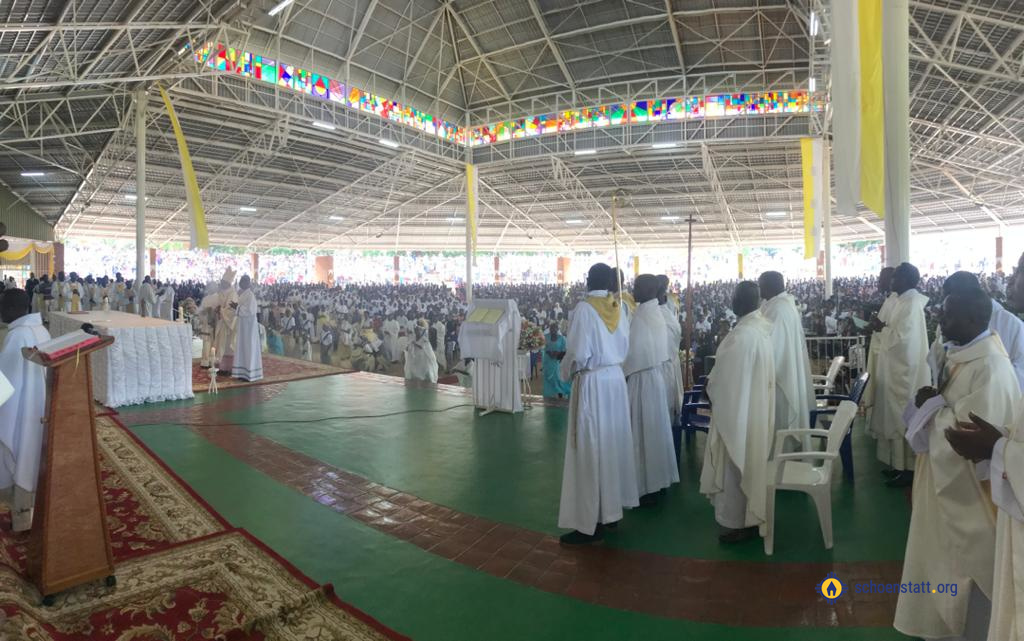 A beautiful celebration with more than 50 priests and over 6,000 faithful present

The theologians from Burundi and Congo study in Nigeria; the ones who were ordained today were the first group that went to Nigeria. Fr. Charles Ozioko from Nigeria, rector of the seminary there, was present at the ordination in Burundi. 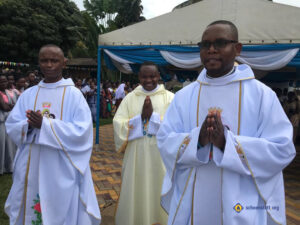 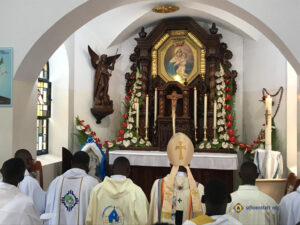 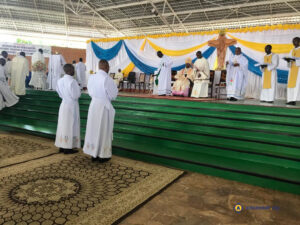 “Today was the ordination of three of our brothers here in Mont Sion Gikungu, Burundi. It was a nice celebration presided by Archbishop Gervais Banshimiyubusa of Bujumbura. Many priests were also in attendance, I could not count them, but certainly more than 50 priests were there: friends of the community, Schoenstatt Diocesan Priests, friends also from Congo, as the two brothers to be ordained priests, Fr. Christian, and Fr. Emmanuel, are from Congo, and the brother to be ordained deacon, Japhet, is from Burundi.

The celebration began at 10:00 AM, with many people in attendance, I would say between 6,000 and 7,000 people. The church was filled, and many stood outside. After the Mass, there was a procession to the Shrine, where they made their consecration to the Blessed Mother. Afterward, there was a reception.

For me, it was remarkable to see that the Archbishop stayed with us from the beginning until the end of the celebration, which was a grateful surprise. Many friends of the community and members of the Schoenstatt Family were here, several authorities and people from the Academia were present. It was really a genuinely nice and beautiful celebration with many highlights. The families of the brothers were incredibly happy. Our community is grateful for these ordinations.”

The future is in Africa. 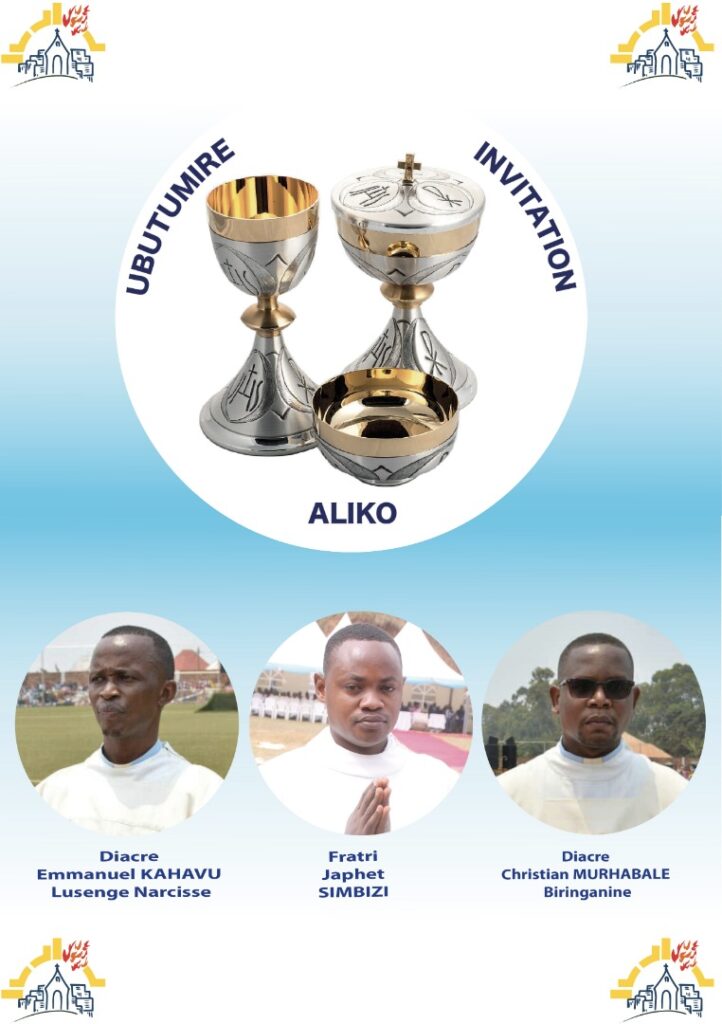 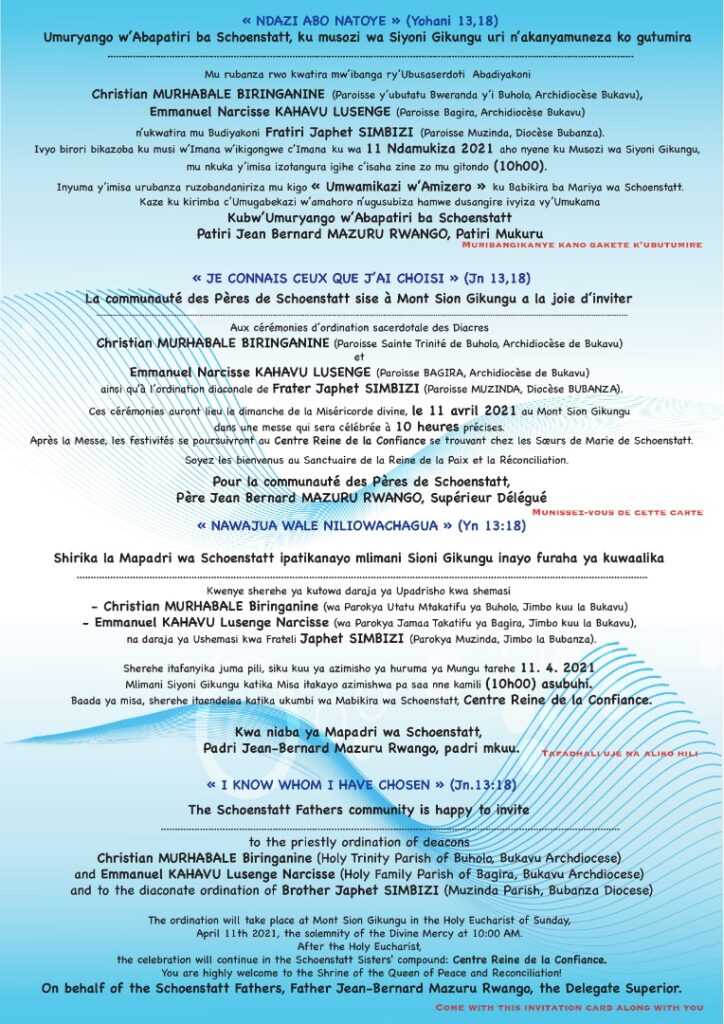 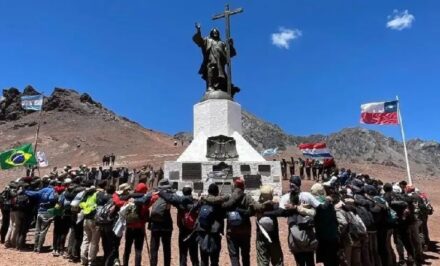