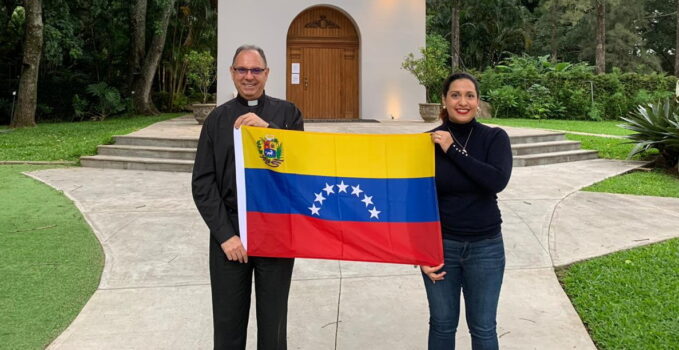 In January 2019, the intention to make a visit and to initiate a structured and formal support to the Schoenstatt Movement in Venezuela was manifested and a visit was planned for the first quarter of 2020; with the objective of giving support to the missionary groups of the Pilgrim Mother that have been active in the country since the 1960’s. —

Due to the pandemic that the world is facing this year, that mission on Venezuelan soil was postponed, without a glimpse that, precisely the pandemic, would be what would give us the new stimulus to reactivate, coordinate and better attend to the life of the movement in Venezuela.

A beginning in Barquisimeto

A group of ladies in the city of Barquisimeto, Lara State, accepted the call of the Coordinator of the Schoenstatt Pilgrim Mother Campaign of this city, Daniel Rodriguez, to have the first introductory talk to the Movement and to give their yes to form the first group of the ladies’ branch in that diocese. In this first talk with the continental coordinator of the Movement for America, Father José Luis Correa Lira, they agreed to begin their biweekly meetings of the educational group remotely with a Venezuelan monitor living in Costa Rica through video calls from WhatsApp. 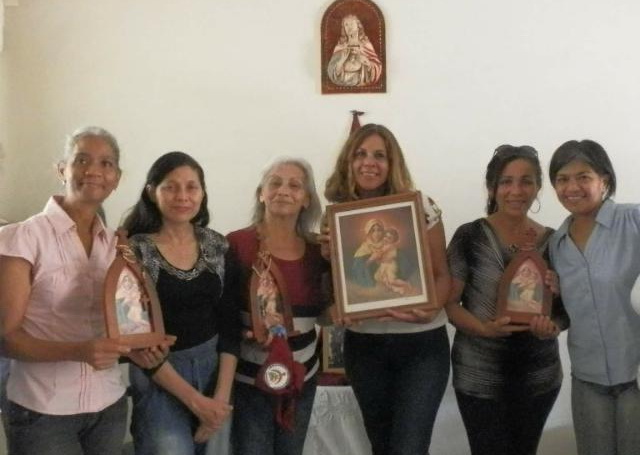 The mission of the Venezuelan Schoenstatters living in Costa Rica

The Venezuelan Schoenstatters who are part of the group of leaders of the different branches were called to Costa Rica to be able to offer the same support that the women’s branch offers to other groups: couples, the women’s apostolic league, the men’s branch, youth (male and female) as well as madrugadores and the Schoenstatt Pilgrim Mother Campaign.

July 8, 2020, the day of Father Joseph Kentenich’s priestly ordination, was the day chosen for the first meeting of the group of the Ladies’ Branch in Barquisimeto. The Blessed Mother took care that the difficulties of the country, such as power and internet failures, would not be an obstacle to hold the first meeting. The educational materials were sent electronically and all the participants of the group did the reading and opened their hearts so that the Blessed Mother would educate them and make them similar to her to be “little Maries” and to walk to reach the ideal of the branch: “To be Living Custodians”. The group has held its meetings regularly to date. 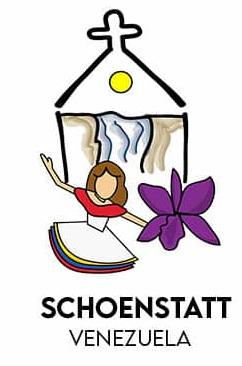 On August 20, 2020 the Schoenstatt Introductory Course (CIS) began and 4 Venezuelan couples are actively participating in the meetings remotely, and they have the support of the CIS couples who from Costa Rica will help the Family Branch to emerge.

To date, the Facebook and Instagram of the Schoenstatt Venezuela Movement was also organized and the designers Daniel and Julio Rodriguez designed the logo and graphic line for the social networks in Venezuela.

Meaning of the logo: the central point of the art of the Schoenstatt Venezuela logo is the highest waterfall in the world: the Angel Falls which, together with the orchid as the national flower, represent the natural grace that God created in our country. The woman represents Venezuela: dressed in the typical dance costume “the joropo”, symbol of the joy that identifies Venezuelans. Framing these elements is the Schoenstatt Shrine, which is the place from which the 3 graces emerge: the Grace of Home, the Grace of Inner Transformation and the Grace of Apostolic Fruitfulness.

More recently, contacts were established in the city of Valencia and Puerto La Cruz to continue moving forward and we hope that steps will continue to be taken for the creation of a formal Schoenstatt in Venezuela so that we can receive the graces and charismas of the Schoenstatt Movement to reach the Father by the hand of the pedagogy of the Founding Father, Joseph Kentenich.