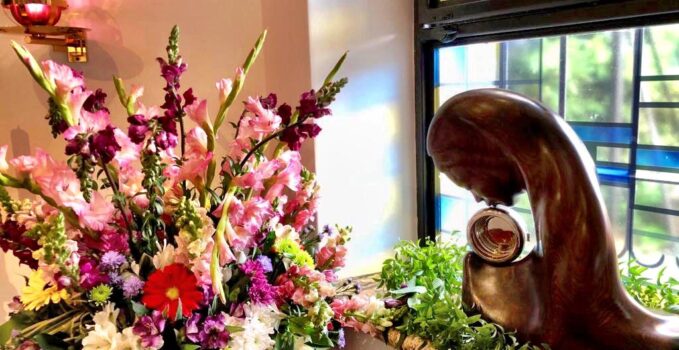 Our gift to the Shrine, loaded with contributions to the Capital of Grace

With Perpetual Consecration, the Costa Rican Family Federation lives out a milestone and gives hope to the Schoenstatt world at the “Family of Hope” Shrine in San José, Costa Rica! It is a consolidated and growing family in all its Branches and specifically in the Federation courses, with seven courses just three years after the blessing of the daughter Shrine!— 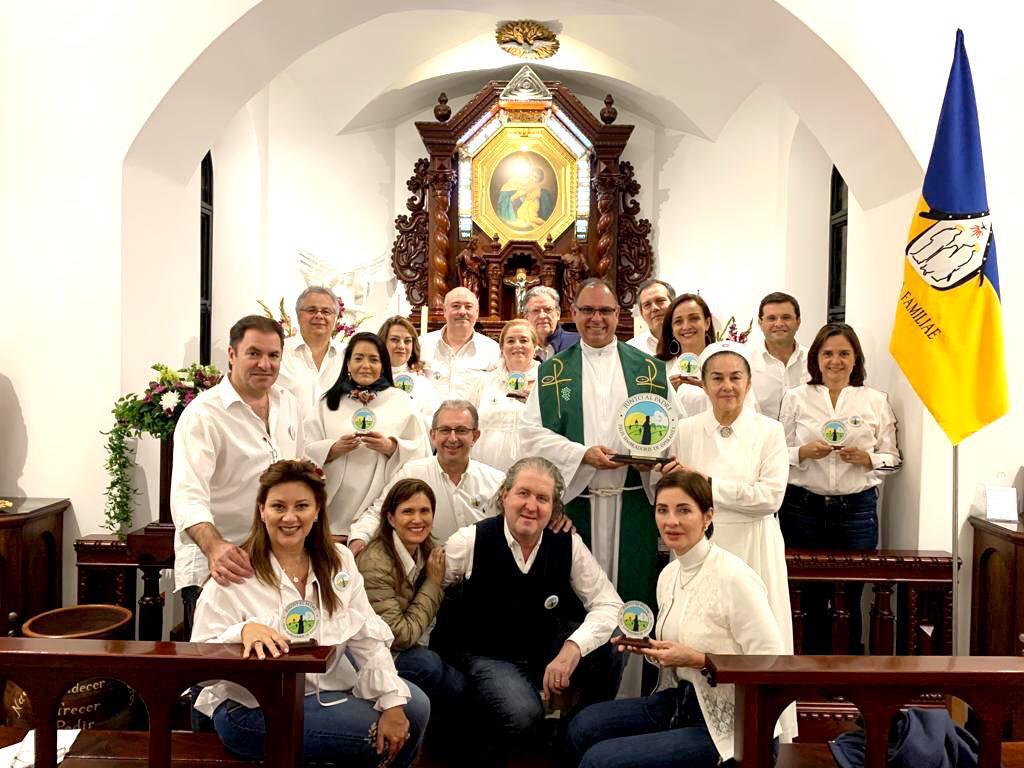 The “Patres Servi Familiae” the first course, “Servant Parents of the Family,” began making their way twelve years ago at a time the Shrine’s construction was not even planned, but their fervent desire for it was expressed at each meeting, study night, and retreats!

Eight founding couples, “parents,” of this Costa Rican Schoenstatt Family, continually worked and dreamed for the work and mission of the Founder and Father, Joseph Kentenich. Even though the Director General had not given official “permission” for the Federation to begin, for three years hoping that one day they would be told “that” yes, “The Parents” were formed and studied through an extensive study program. This is how they came to finally be approved, since there was no shrine or permanent advisors living in this small country.

The simple fact is God’s work continued in silence, in smallness, and by our Mother and Educator Queen Thrice Admirable of Schoenstatt’s hand, it grew and matured.

Father Guillermo Muzquiz, national advisor, proposed inviting Norbert and Renate Martin, from abroad. It was in 2009 the long-awaited visit occurred, and the natural exchange and life generated led to a new hope, so on September 24th 2010, with the presence of Fernando and Carola Alliende, the letters were answered and that “Yes” came at last! The Parents were postulants, and the Candidature to the Apostolic Federation of Families began; a leap into the void by allowing the eight committed couples to sow the first seeds of what would be the First Apostolic Federation of Families without permanent advisors or a daughter shrine! Twelve years later the first “Perpetual Consecration” was made in Costa Rica! 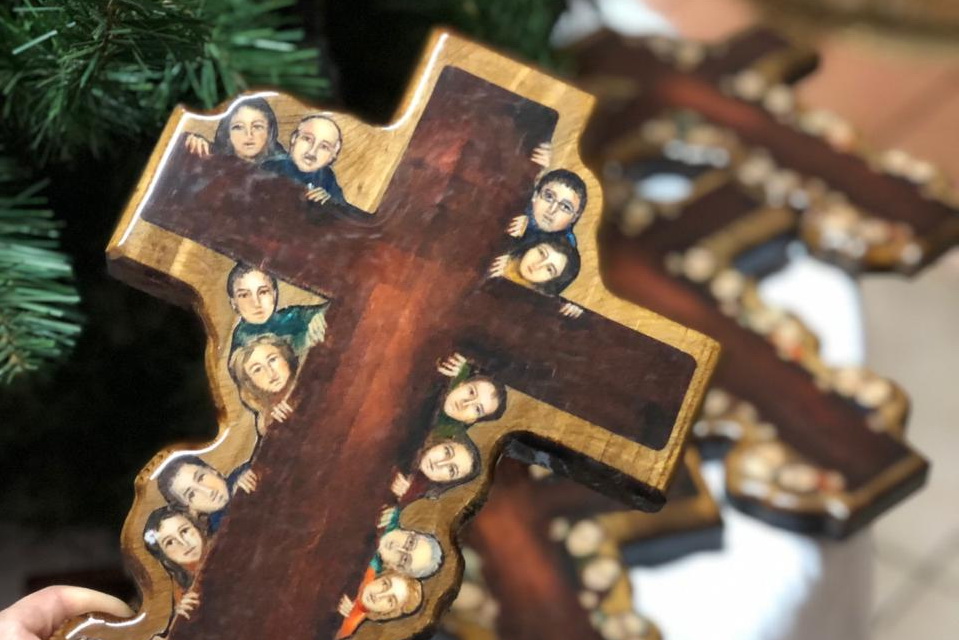 Father José Luis Correa, National Advisor, was the celebrant and witness of this seal of love, along with Sister María Auxiliadora Bohórquez (Ecuador) and Alcidez and Margarita Gonzales (Paraguay) as a couple accompanying this fraternal community of those who were founders and sowers of hope.

On this journey, the eight marriages have passed tests of faith…power in the Blank Check and Inscriptio at its highest level. Illnesses, economic problems, and the loss of children in the course, have made pain and suffering the greatest contribution to the capital of grace…

For the Perpetual, one of its members, Derek Monturiol, has sculpted and given the Shrine a beautiful monstrance… it is the most beautiful representation of this community of hearts of all its Course brothers and sisters:

Chalo and Ileana, Manuel and Nella, Carlos and Mamaya, Francisco and Daniela, Manuel and Marta, Checho and Luli, Diego and Alexandra and Derek and Michelle.

“In moments of difficulty, when everything was ‘weighing’ and ‘worrying’, I was sculpting it as God was sculpting us…little by little, that treasure inside this piece of useless wood ‘tossed by the sea’, ugly, unpolished, and even cracked, was emerging.  When I sculpt, I empty my mind, and it seems every problem is erased, it disappears because prayer takes hold of me, and I unite myself to the pain of my course brothers…it is as if at times I take that pain away from them and help them carry their cross…we all have our crosses and we carry them together with joy in the midst of the pain.” Derek, the sculptor, tells us. “She contemplates her beloved son, kisses him tenderly, and takes him in her hands…”

The monstrance went on pilgrimage for three nights to their homes…it visited their Home Shrines and the families that gathered touched the Blessed Mother, and gave their joys and sorrows…there each Heart Shrine finished offering and giving a new “Yes” to the Inscriptio. 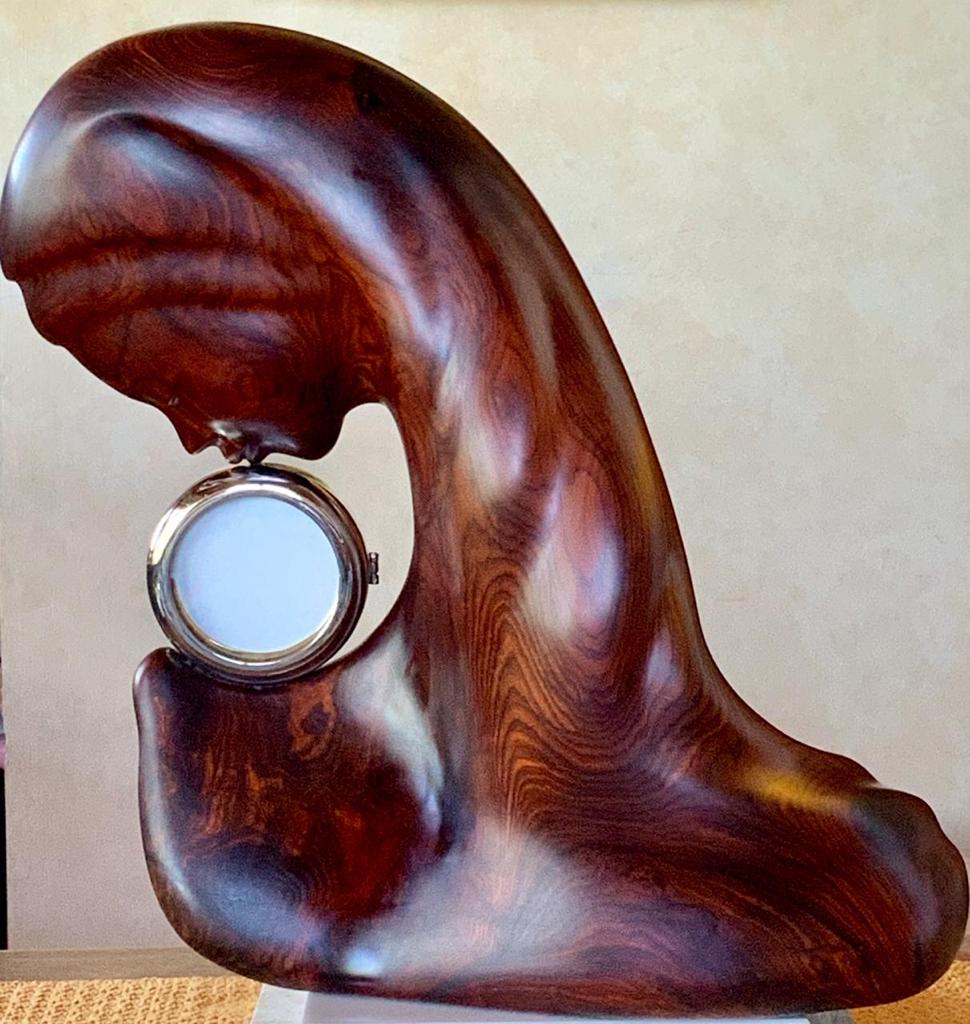 “By the hand of Mary, serving with joy!”

The course has known how to give itself to the Costa Rican family, in the good and in the not so good, doing and serving with joy– a characteristic that expresses the goals of holiness that unites them, this course’s members’ original mission, and the magnanimous dedication to the image of the founding father! 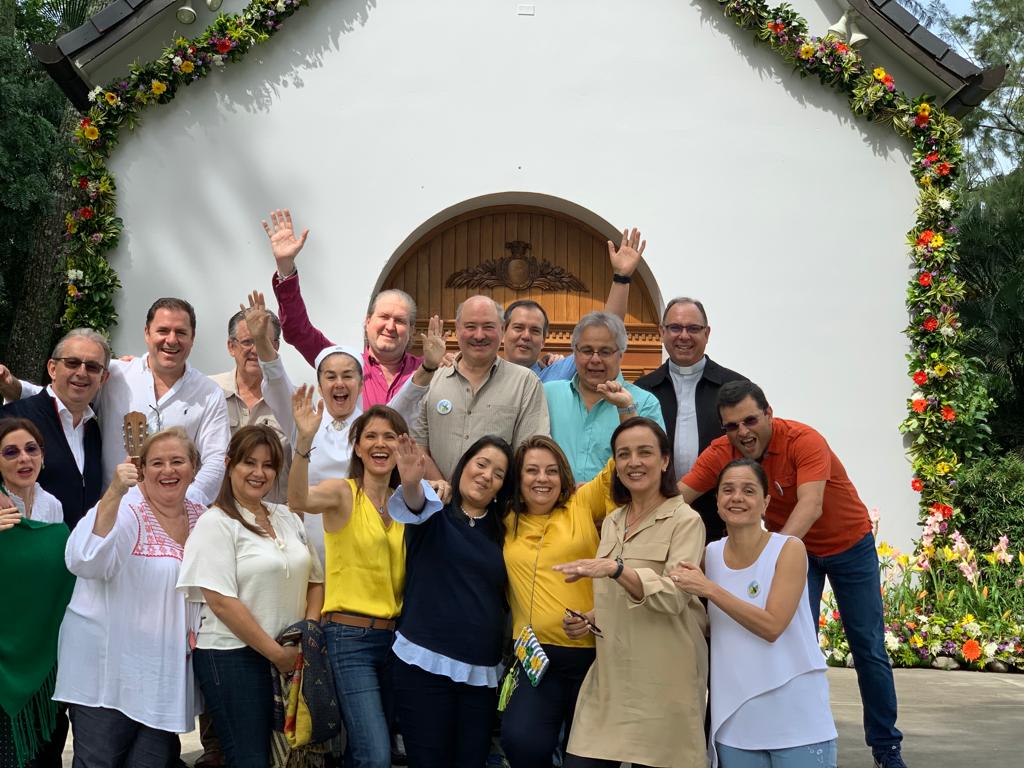 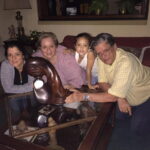 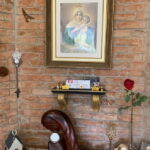 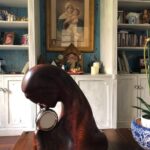 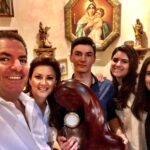 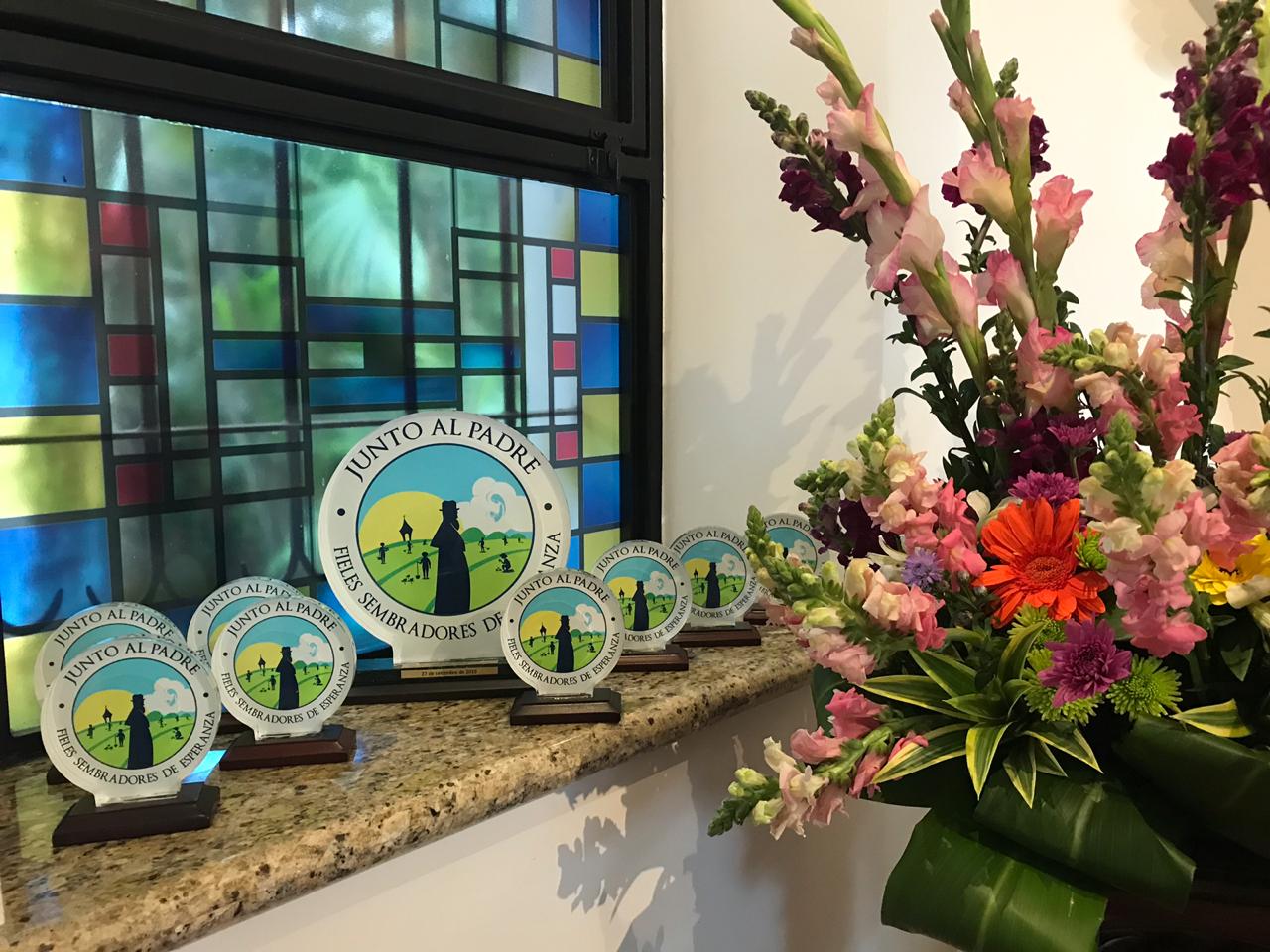