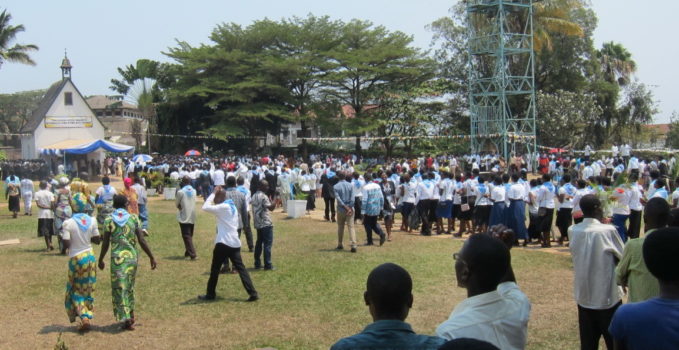 The Schoenstatt Shrine in Bujumbura became an attraction for many groups of pilgrims from all over the country, especially on the 15th of August, which is not a legal holiday in Burundi, but is of great importance for the Catholic Church there. It is located on a slope above the capital Bujumbura (built on the site where Pope John Paul II celebrated Holy Mass during his visit to Burundi in front of thousands of faithful) and is the destination of the processions that go from the city center up the mountain to “Mont Sion Gikungu”.— 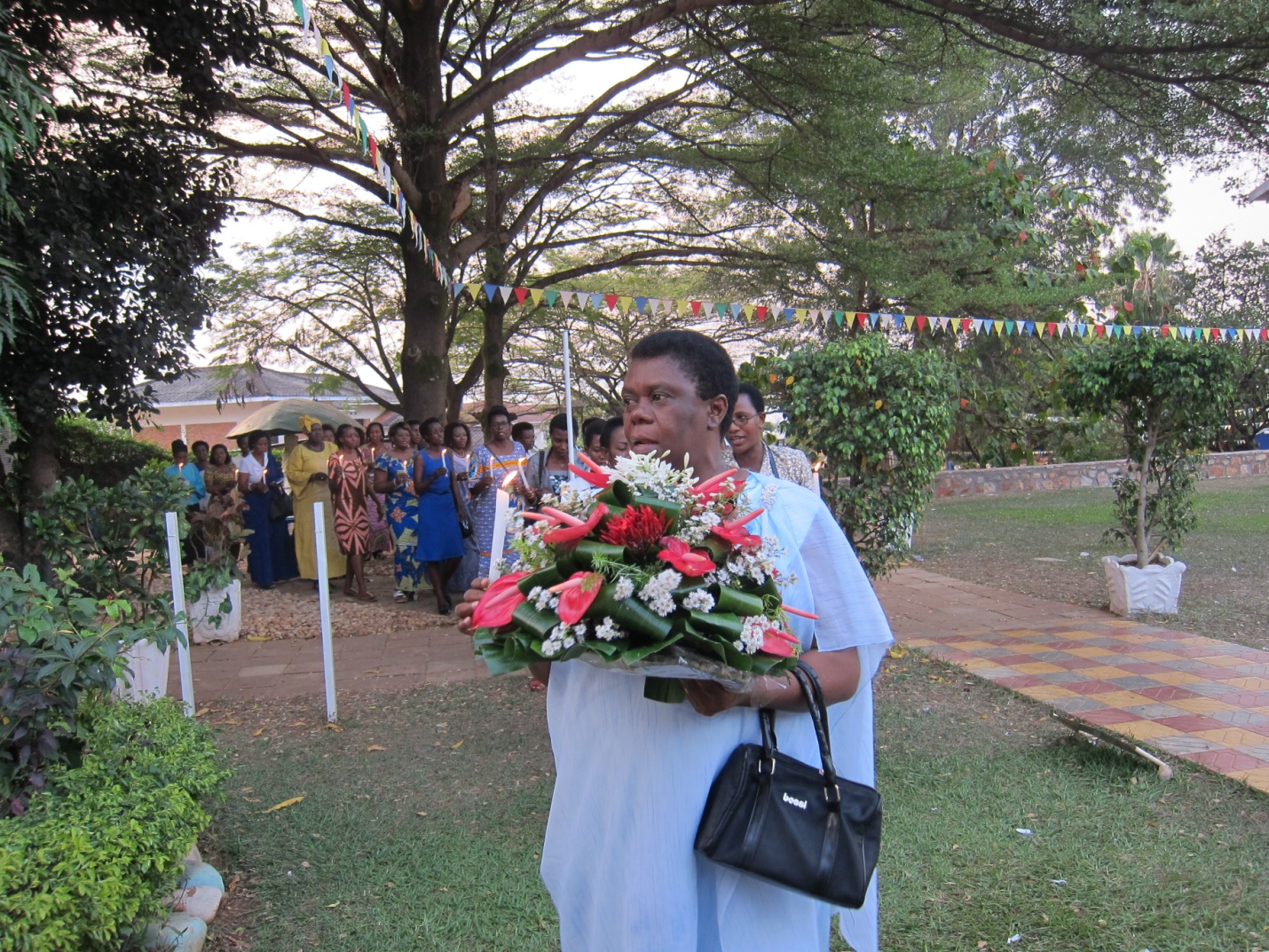 In the evening, on the feast day itself the still young community of Schoenstatt academics in Burundi (which was formed in 2017 with about 120 members under the name of ‘famille du calice’ as the first international “offshoot” of the German branch) set off on its way to the shrine of the MTA.

All day long numerous services in honour of the Blessed Mother had taken place on the large grounds around the chapel and in the pilgrims’ church and afterward the academics wanted to give the Blessed Mother a special evening on her great feast day. About 40 members of the community gathered on the square in front of the picture of the founder. They stayed there for some time, writing down what moved them at that moment in the depth of their hearts.  The leader of the community, Mme Euphrasie Bigirimana, brought a large bouquet of flowers to his picture in order to express her great gratitude to the Founder. Without him there would not have been a Marian Shrine on Mont Gikungu. In a procession of lights everyone went to the chapel. A large bouquet of flowers was also brought to the Blessed Mother to congratulate her on her feast day.

The rosary that followed led to dancing and singing – an expression of the joy that the Blessed Mother is always with her Son for all those who meet her in the Shrine. 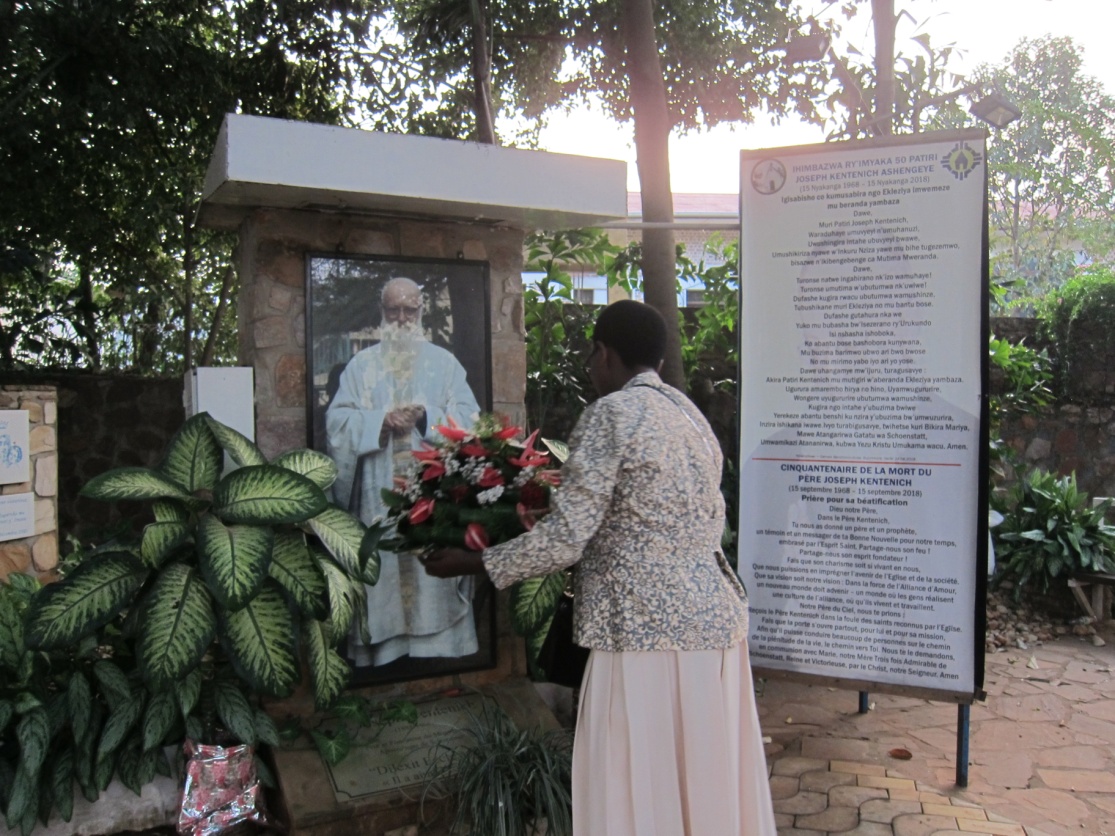 On August 18th, not only members of the Schoenstatt Movement gathered for the Covenant Mass. Many pilgrims of the “Eucharistic Movement” came from all corners of the country and went to Mont Gikungu to celebrate the opening of the 100th anniversary of their community. The Movement was founded in France in 1844 and came to Burundi in 1920 through a Jesuit.

In his welcoming address, the Rector of the Shrine pointed out that the Schoenstatt Shrine of Mont Sion Gikungu is also celebrating its “Silver Jubilee” this year.

Both Movements, the Eucharistic Movement and the Schoenstatt Movement, knew that they were especially united with Mary as she is the shortest way to Jesus.

The Bishop Emeritus of Bujumbura, Monseigneur Evariste Ngoyagoye, together with about 20 priests, celebrated the festive divine service in the Trinity Church, the large pilgrimage church of the Schoenstatt Center.

Bishop Ngoyagoye continued the gospel of the day in his sermon. It is Satan who sows the unbearable discord among men, in families and in the world. But the Letter to the Hebrews calls for perseverance and steadfastness. The faithful should therefore be closely united with the Eucharist, as St. Tharcisius, the patron saint of the Eucharistic Movement, exemplified. The celebration ended with a procession to the Shrine where, as usual, the Covenant of Love was renewed on the 18th. 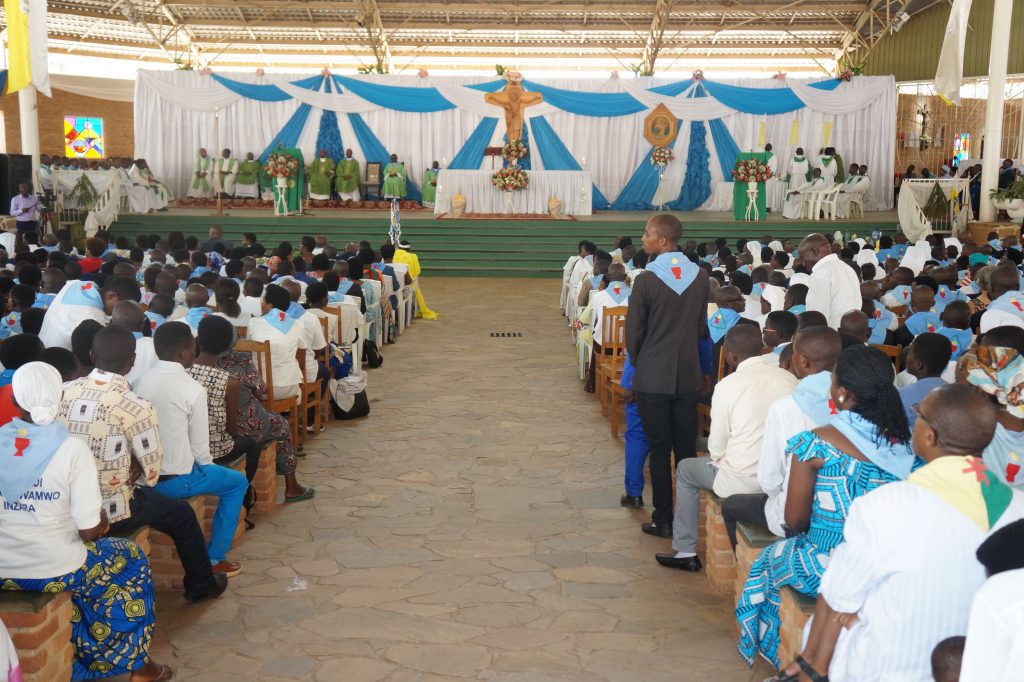