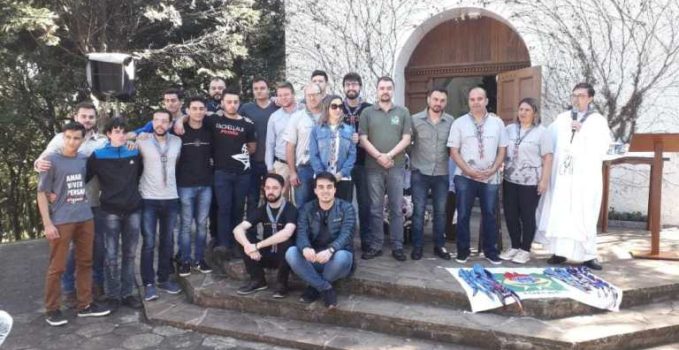 On Sunday 16 June 2019, the Schoenstatt Boys Youth (JUMAS) in Guarapuava celebrated their twentieth anniversary, a reunion that touched the hearts of all who attended the celebrations. An encounter of the founding and new generations. It was an indescribable moment for the younger members to see the tears of nostalgia and the smiles on the faces of those who once had the experience of being JUMAS.— 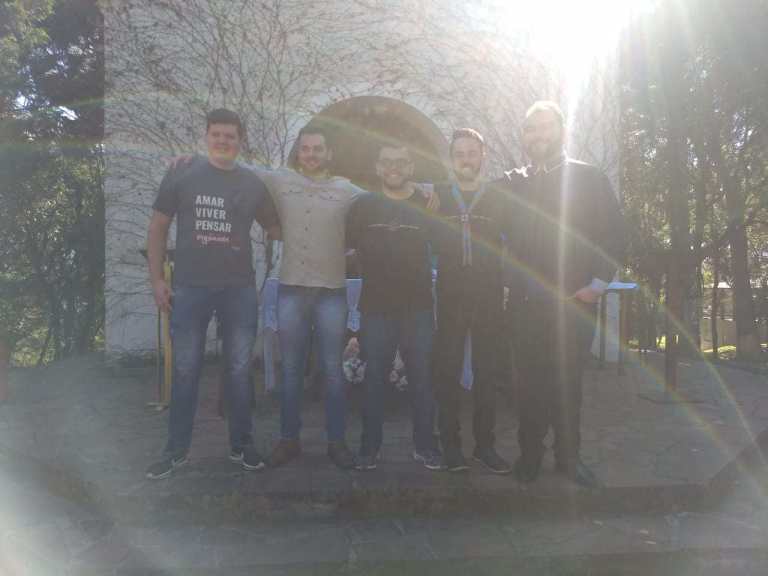 Some say 20 years is such a short time, others say it’s an eternity. For us, the Schoenstatt Boys’ Youth, these 20 years were filled with so many experiences, lessons and attachments. These attachments are connected to the MTA who ignites the hearts of all who draw near to the youth.

Everything has to start somewhere, someone who kicks off, takes the lead and faces the challenges. At the time, Everton França was 14 years old and he belonged to a boys’ group led by Sr. Cândida (who also looked after the Tabor Shrine for Vocations). Despite his young age, he was already a leader because he wrote a letter to Fr. Argemiro, the Paraná Regional director, in mid-1999. In this letter, the youngster said that he wanted to start a Schoenstatt Pioneers group and invited Fr. Argemiro to visit them.

His letter received an almost immediate response, and the following month, it was sent to the youth of Guarapuava. Fr. Argemiro’s words set those small hearts on fire and through Sr. Cândida, the first Pioneers group was founded. In November 1999, some of the boys headed to Londrina in a van for their first camp.

They returned with even greater enthusiasm, but Sr. Cândida wasn’t able to lead that group. So she thought of inviting a couple from the Family League to be the leaders. After being turned down by several couples, Edenilson and Rosiane Portela took up the mission. Yes! The first woman in Brazil to lead a group of Pioneers. The first two leaders recruited a second couple who promptly gave their YES to the MTA, and began a second group. From the first and second groups came many leaders, both Branch and group leaders. 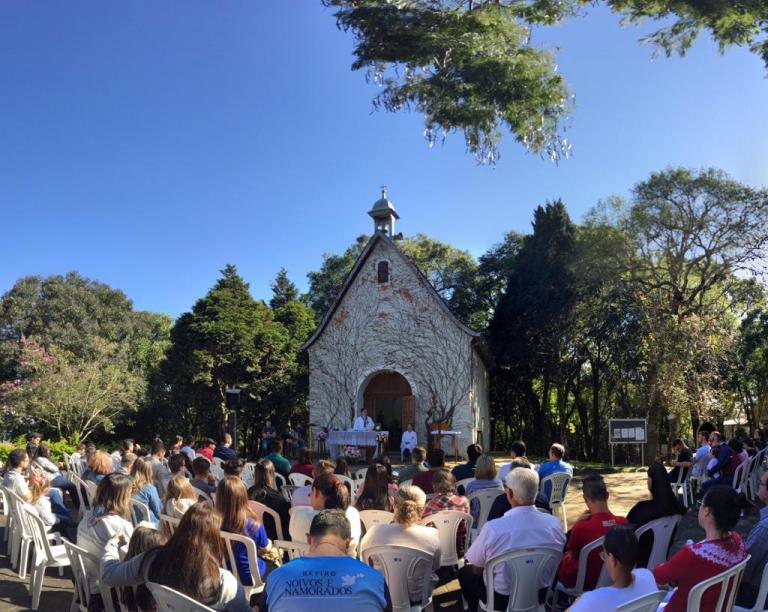 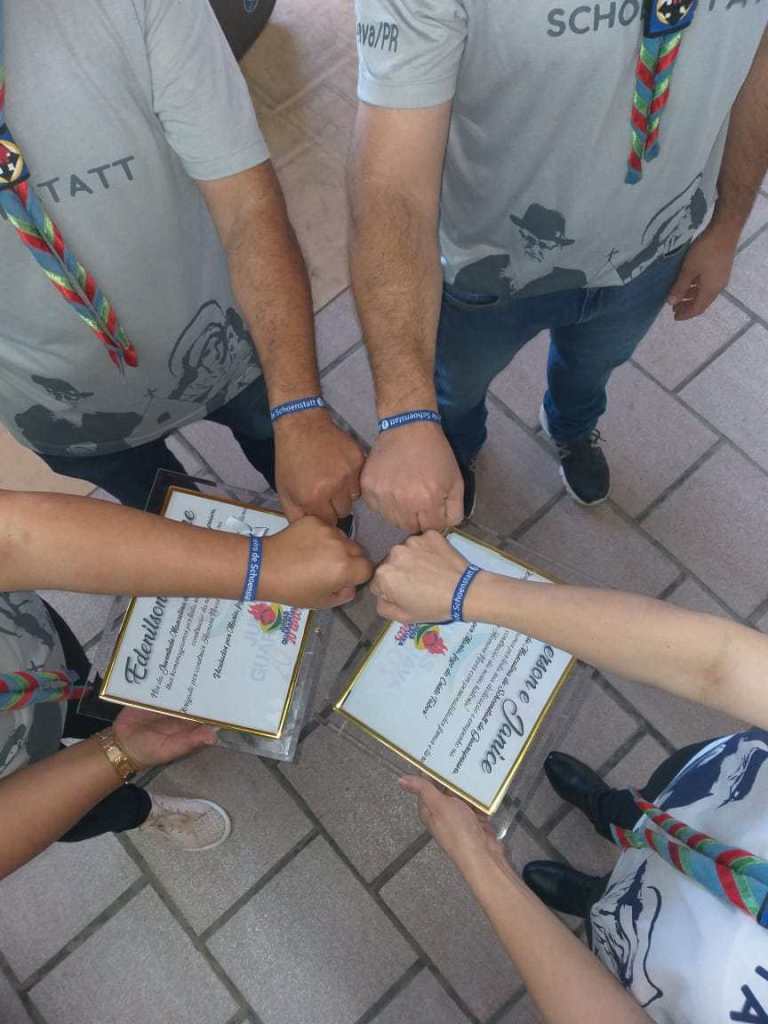 This founding generation encourages the Youth even today when, after 20 years of history and battles, they celebrate this anniversary with great pride.

From 14-16 June, they met with Fr. Júlio, the spiritual director. On 14 June, the Pioneers camped out at the shrine and conquered their Pioneers’ scarves. On the 15th, it was the turn of the Allies and the Apostles, where each group met with the spiritual director and heard testimonies from Edenilson and Rosiane and Daniel Brustolin Ludwig who started the Boys’ Youth in Curitiba. They learned about the National Ideal, and at the end of the evening, they spent time in Adoration with Jesus.

On Sunday, 16 June, the 20th anniversary of JUMAS Guarapuava, the day began with a testimony by Victor Hugu Niczay de Araújo, a very important member for the branch in Guarapuava and for Brazil. Victor belonged to the first group of Pioneers, brought his parents to the Schoenstatt Movement, was a branch leader, was involved in the national communication team for JUMAS Brazil and today, has started a family with his wife Sheila, and they both belong to the Family League.

After Victor’s testimony, everyone gathered in front of the Shrine to prepare for the commemorative Mass which celebrated not only the anniversary, but was also the Pioneers’ conquest of their group ideal. The celebration was a trip down memory lane to 1999. The memories were salvaged from the chronicles that were passed down from spiritual director to spirtual director over the last 20 years. There is so much history in those chronicles, from Everton’s letter, Fr. Argemiro’s reply, clues from the first treasure hunt in Guarapuava, Covenant prayers written by the members who made the Covenant of Love and exchanged their hearts with the Blessed Mother.

All these memories were followed by a celebratory lunch made possible with everyone’s contributions. It was also a time to honor those who set out to make all this history possible. Thank you Edenilson and Rosiane, Emerson and Janice, for saying yes, and founding this legacy that we will carry into the future, never forgetting all your efforts, self-sacrifices, and contributions to the capital of grace.

Thank you for forming New Men with firm and free personalities. 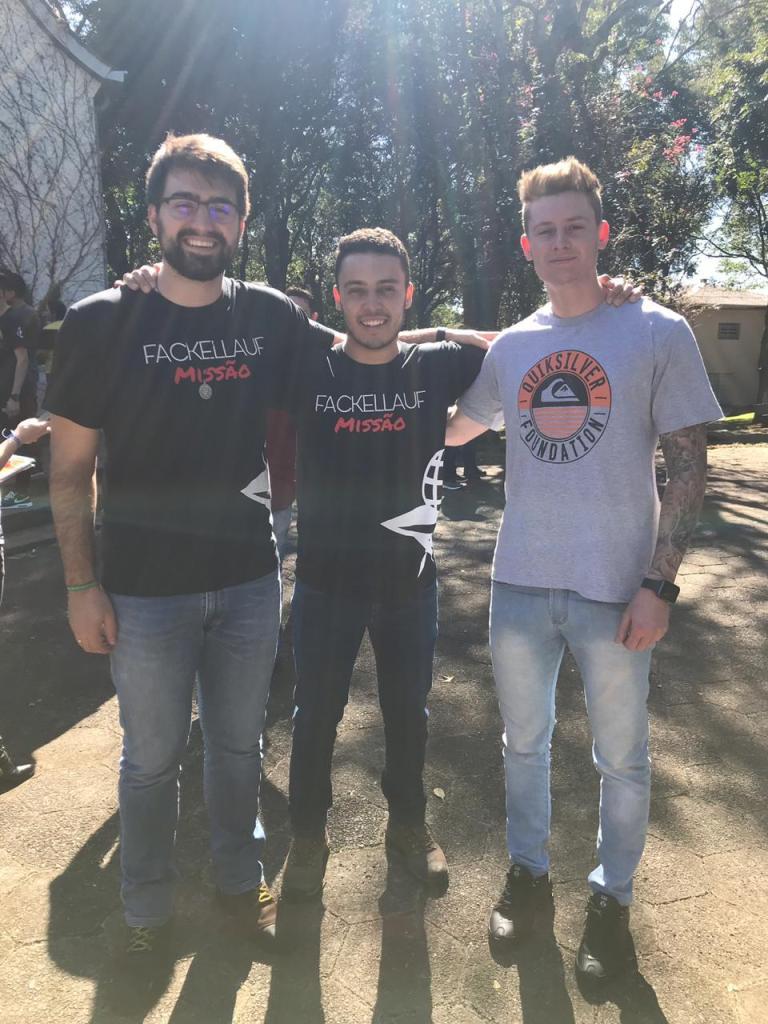