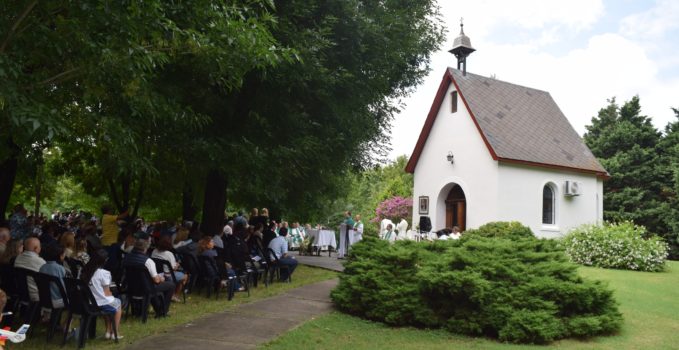 Zion of the Father: How time has passed!

Twenty-five years ago, on Sunday, February 27th, 1994, the Shrine, Zion of the Father, was blessed in Florencio Varela, Buenos Aires.  Bishop Claudio Giménez Medina, then the auxiliary bishop of Asunción, Paraguay, blessed it.  After years of spiritual preparation, the Regional Schoenstatt Fathers had decided to build the Shrine, the source of grace, next to their Regional House. —

For the blessing, Fathers were present from many countries:  Argentina, Germany, Brazil, Chile, Spain and Paraguay, also present were priests from the local diocese.   We had a strong presence from the Family Institute:  Sisters of Mary, Our Lady of Schoenstatt, and Families, the Federations of Mothers, the Federations of Families, and the Women’s Federation.  On that day, numerous representatives from the Diocesan Families of Argentina, Chile, Paraguay, Portugal, and Uruguay created a festive spirit.  Good company and encouragement surrounded us. 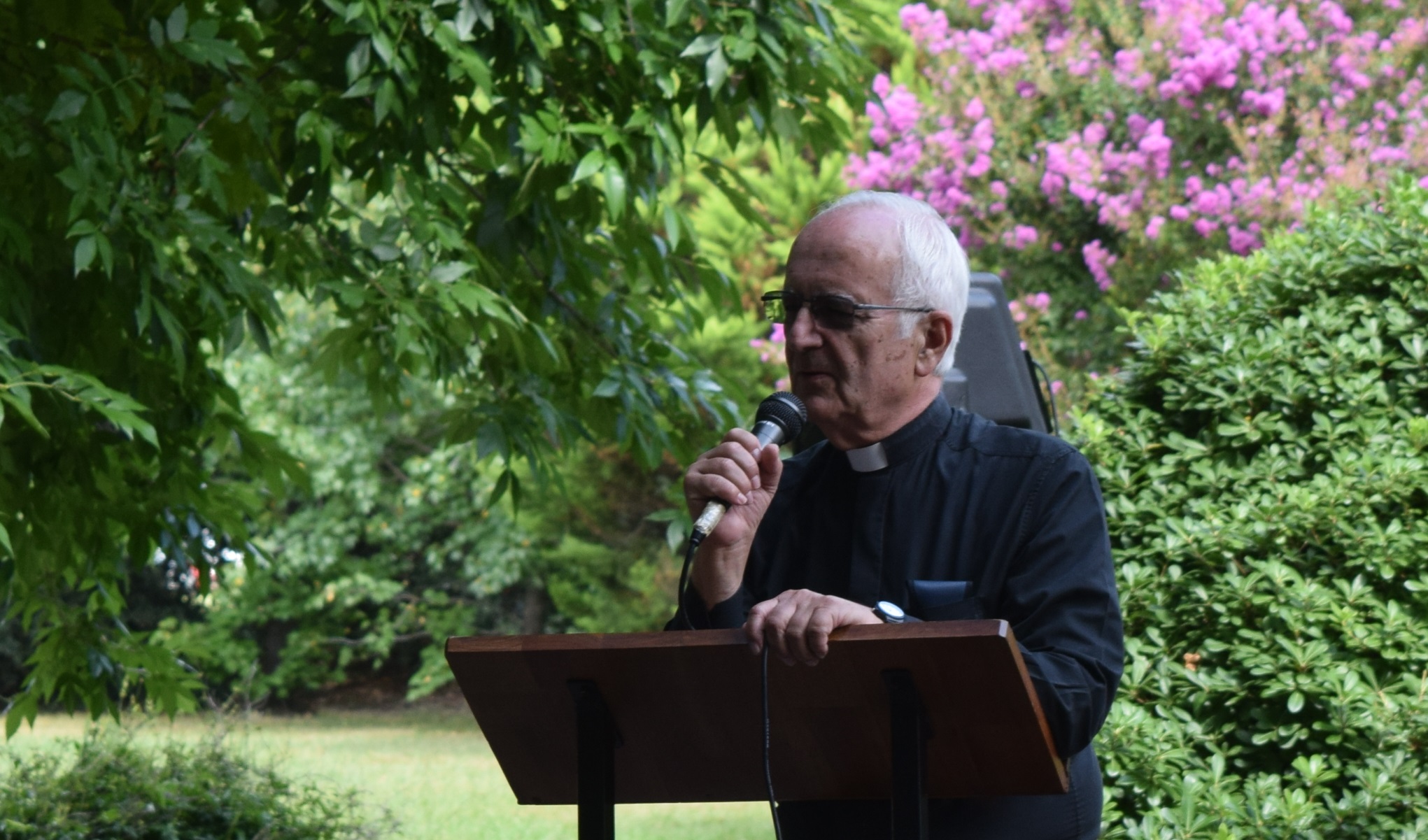 On Sunday, February 24th, 2019, we returned to the Shrine to commemorate the 25th anniversary of this place of grace.  Throughout these years, the road traveled has not been easy.  Back then, we had dreams and aspirations, maybe even utopian ones, but nothing great is accomplished without dreams. The years have taken a toll, but much of that is behind us now.  Through it all, the Holy Spirit led the work.  Not everything came together as we had imagined, but everything happened as God had planned.  He doesn’t improvise; he knows that the best works take time.  The time needed for the gestation and materialization of a project doesn’t depend on people alone, but on the presence of the God of Life among them.  Years ago, we told the Blessed Mother we wanted to build with her, to build “a village of Mary.”    Part of this village was the community of Fathers, the Diocesan Priests, the Family Work, the Boys Youth, the Pilgrim Mother Campaign, social projects, and others. 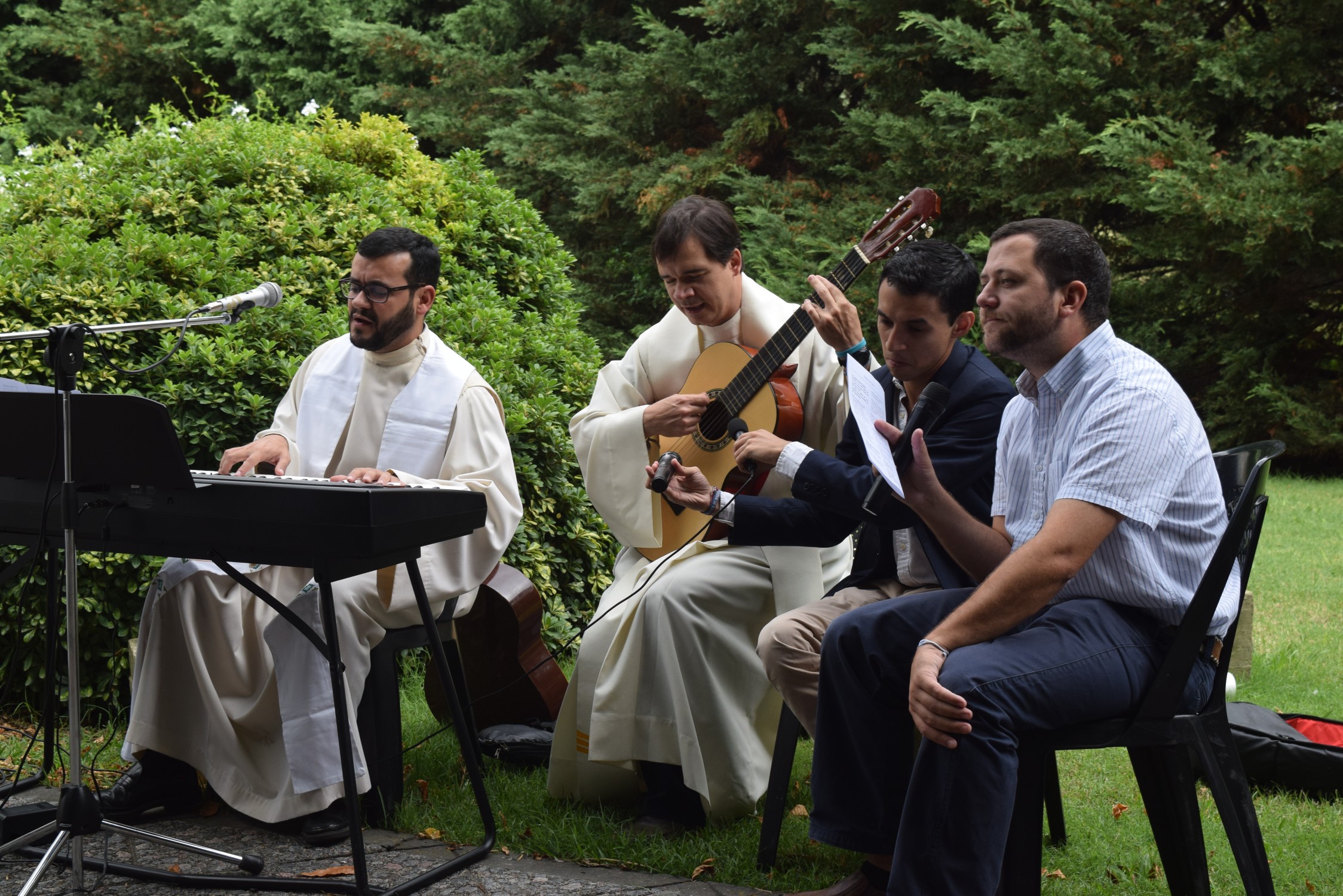 San Pantaleón Parish.   The smallest territory inside the Diocese, it has been achieving its identity, its growth, and its ability to evangelize.

The John Paul II Club.   Father Esteban J. Uriburu founded this organization for girls and boys.   Parents and grandparents come along with the youth — and this is how a family is created.

St. Joseph 1 and 2.   The initiative of the laity persists in the Movement and, at this time, has constructed two job-training workshops called St. Joseph 1 and St Joseph 2.  Currently alumni lead both. 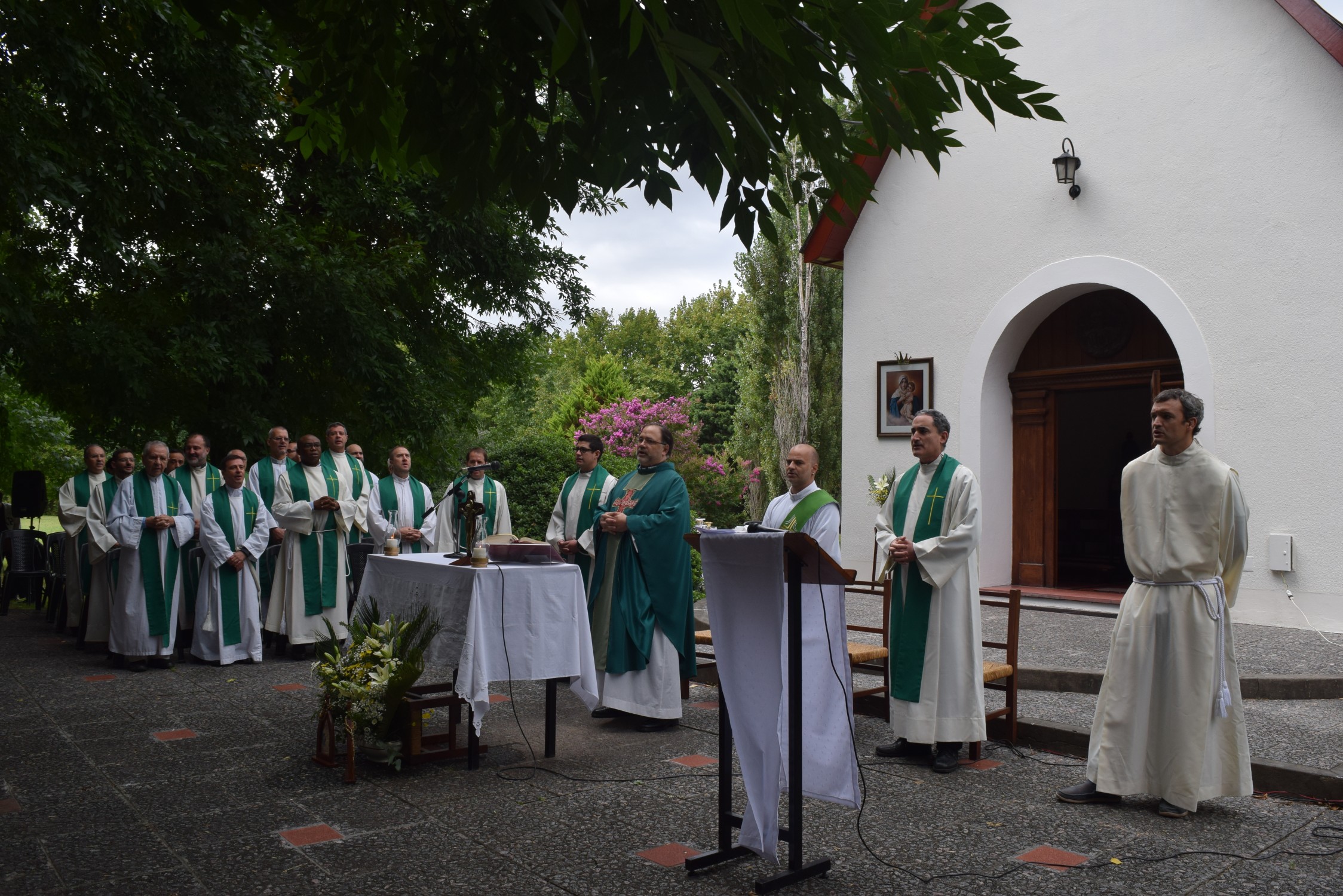 An area with many spiritual and material needs

Considering our past and the future’s broad horizons, we believe that these first twenty-five years of the Shrine, Zion of the Father, were immensely productive.  Nevertheless, the best is yet to come.   The challenges are great, especially in regards to an area in which there are many spiritual and material needs. However, as Father Kentenich said right here in Florencio Varela:   “Mary wants to be Mother of this village”, we want to help her by being her instruments.  With Mary’s blessing, a faithful people with deep roots and a longing for God celebrated the 25th anniversary.

Mother of this village

The day ended with an event held around the Shrine of Zion.   Four members of the Community of Fathers gave different testimonies.   Two young brothers led the music and songs.  Everything concluded with Eucharistic adoration and the blessing of Jesus over all. Finally the time arrived to leave and to thank Mary with the words of our founder: “Mother, what would have become of us without your attentive and maternal care?” 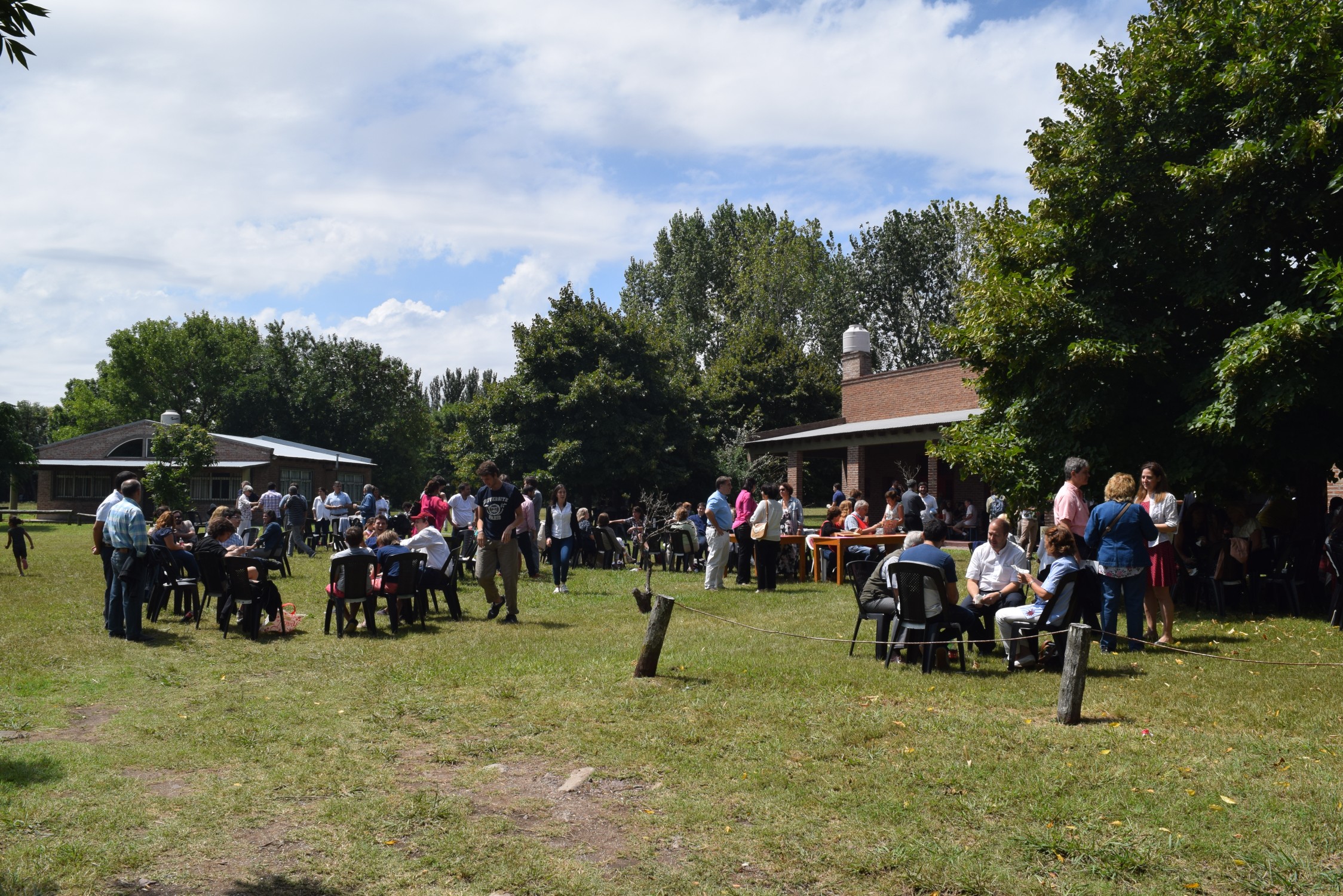