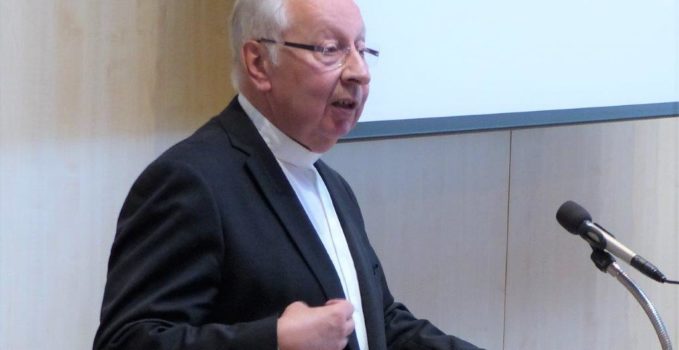 “The Time of the Apostles” as Announcement and Incentive at This Year’s Day for Men at the Schoenstatt Centre, Oberkirch

A hundred and fifty men gathered on the Fifth Sunday of Lent in the Schoenstatt Centre at Oberkirch in the Archdiocese of Freiburg for the 42nd Day for Men.— 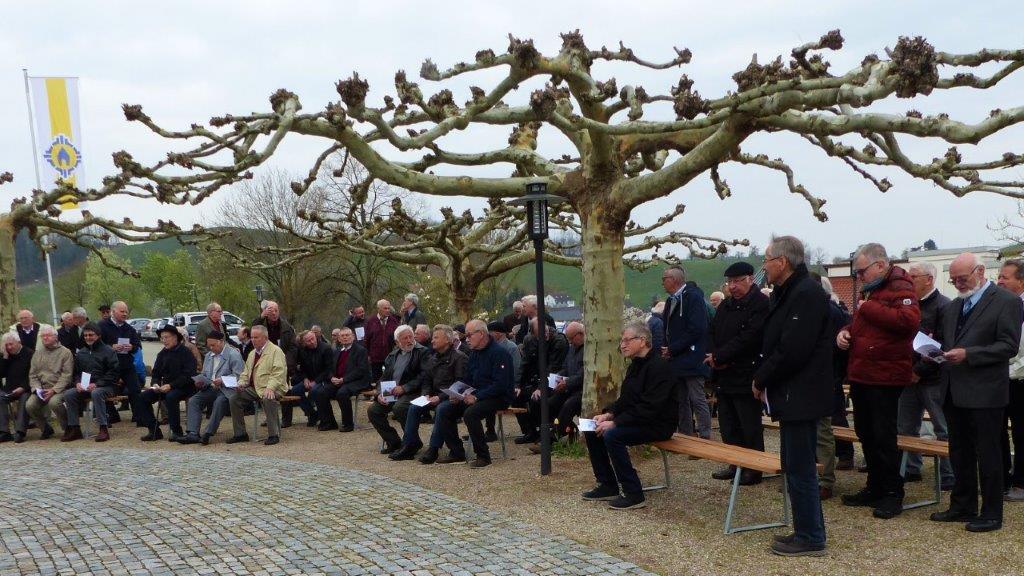 The Chairman of the Schoenstatt Men’s Community in the Archdiocese, Manfred Schemel, welcomed the guests in front of the Schoenstatt Shrine, where songs were sung under the direction of Edgar Beck. The group was also welcomed in the largest room of the Centre by Johannes Hauger, representative of the Board of the Archdiocesan Catholic Association for Men, and Mrs Sarah Huber, on behalf of the house management. Then Dr Peter Wolf, the spiritual director of the house, held a talk on “The Time of the Apostles”. 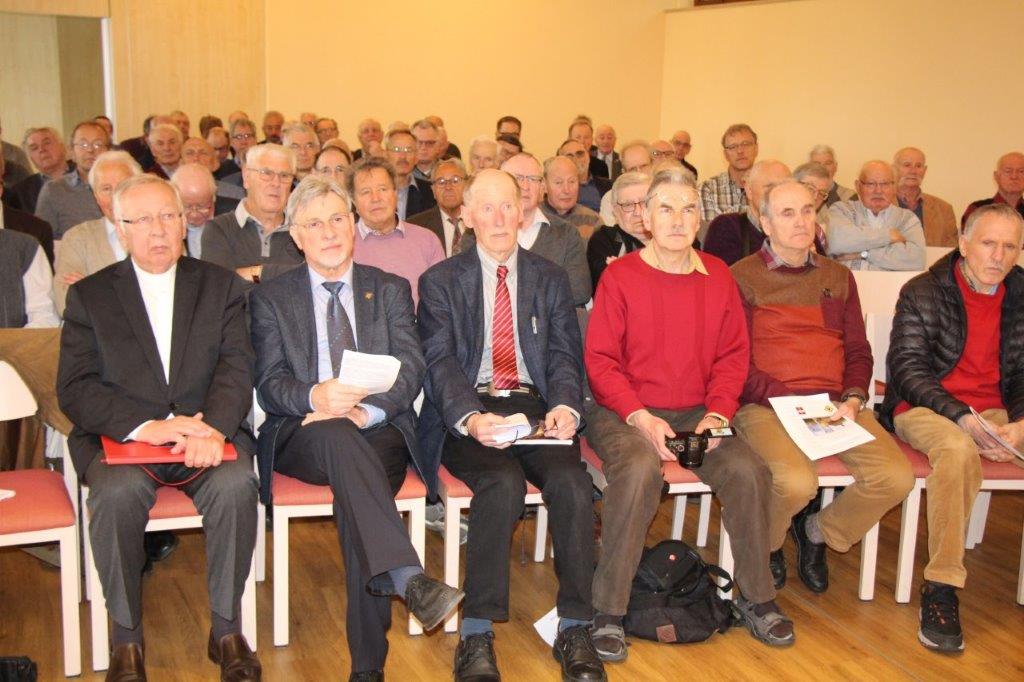 Continue writing the Acts of the Apostles

His talk took up the current motto of the Schoenstatt Movement in Germany. Fifty years after the death of its founder, it takes its bearings from the time after the death and resurrection of Jesus, drawing from it incentives for the current turmoil in the Church. With reference to an initiative taken by the Archdiocese of Vienna, he showed that for years it has been pursuing a process of renewal that is vitally oriented to the Acts of the Apostles. Indeed, it is trying to “continue writing the Acts of the Apostles”. From the spirituality of the Schoenstatt Movement he pointed out how its Founder, Fr Joseph Kentenich, took up the idea of a mission, which is central to the time of the apostles, and attributed to it an important role for the Church on its way into the future. For Fr Kentenich, “faith in one’s mission, even to the point of being gripped by the mission, is an essential part of the nature of Christianity.” 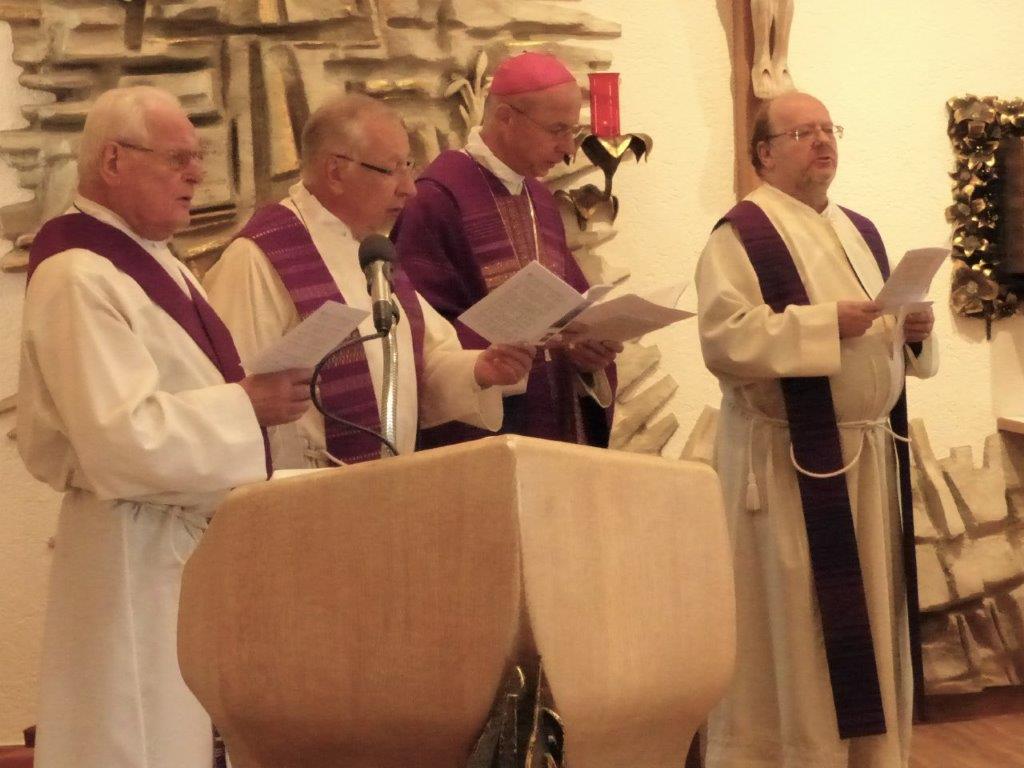 The apostles gathered in prayer around Mary, the Mother of Jesus

After a break and lively discussions, Dr Wolf invited those present to join him for a picture meditation. He had chosen a stained glass window in the Cathedral of Le Mans, France, created in 1120. It depicts the Ascension of Jesus and thus marks the start of the time of the apostles in an original way.

Start of the Time of the Apostles – Picture Meditation

Lunch and coffee followed in the large dining room, then the presence of eight priests offered an opportunity for Easter confession, which many men made good use of. They were then invited to view a new film about Fr Kentenich made by a talented young Sister of Mary.

The closing climax to the Men’s Day was the celebration of the Eucharist, with an inspiring sermon on the readings of the Sunday of Lent, with special reference to the time of the apostles, by Auxiliary Bishop Dr Peter Birkhofer.

Fr Michael Dafferner, President of the Schoenstatt Men in the Archdiocese of Freiburg, who formed the largest group of those present, thanked the Bishop and all who had supported the large Day for Men. 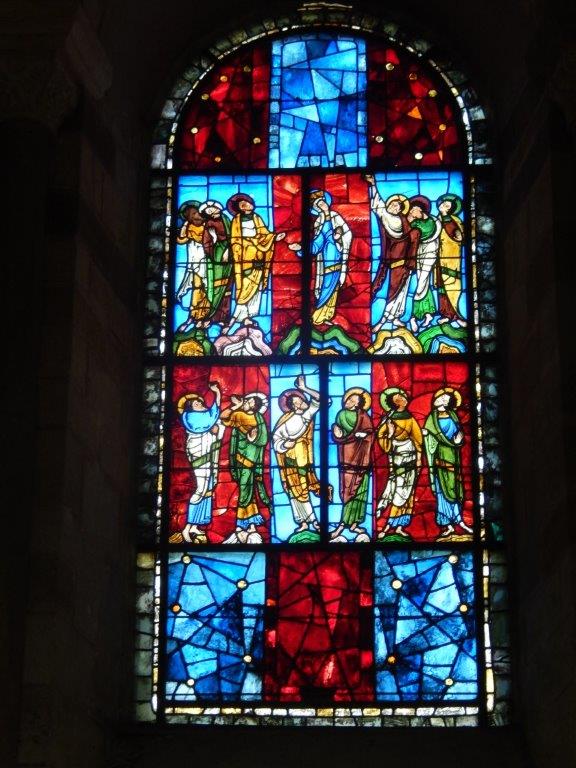