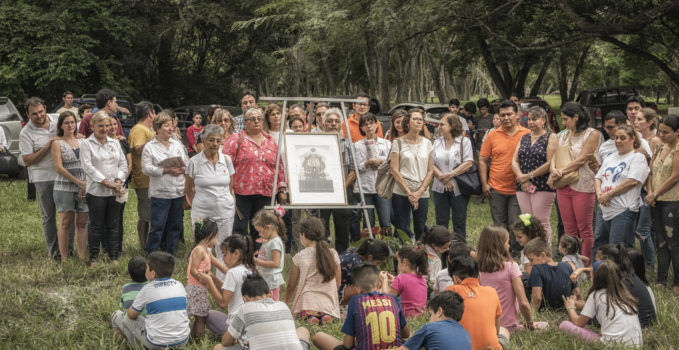 The history of the Santa Cruz de la Sierra – Bolivia Schoenstatt Family is a story that reflects how the Blessed Mother is capable of changing the greatest pain anyone can feel, into a transforming current nourished by giving of self and fidelity. — 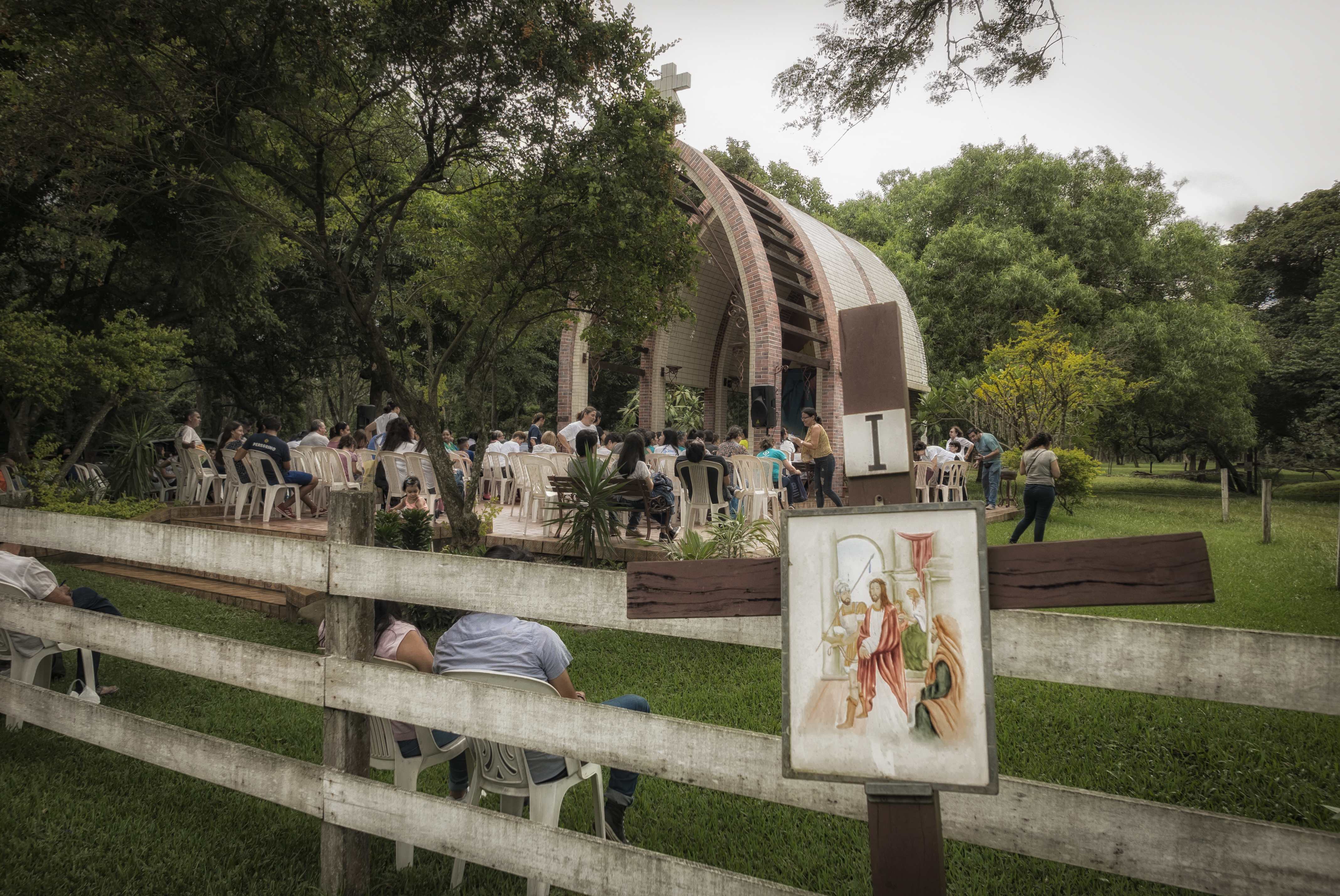 A light born out of sorrow

More than twenty years ago, Claudio Bagnoli died in an accident.  He was Ruth and Enzo’s college-age son, and as a result of this tragedy, they founded the Schoenstatt Family in Santa Cruz. To make a story short, which already has been captured in a book written by Ruthy herself: twenty-two years have passed since the first efforts were made to ignite a Schoenstatt spark – at pure breath – with no other tools than their desire to transmit the welcome they themselves felt when they received the Blessed Mother in the midst of pain. That light increased little by little and fought against gales, but today, after twenty-two years, it is a lighthouse illuminating our local church.

It is possible we are wrong, however, we can easily determine the land titling procedures began to be managed in 2010 where our wayside shrine now sits. Our shrine plans were for 2014! God had other plans, but patience is not a characteristic of the people of Santa Cruz … the procedures were so tangled that we began looking for other land alternatives, but the knots were still strongly tied. After many comings and goings, the hands of the Blessed Mother made the knots yield under the intensity of the entire family’s prayer with a campaign of contributions to the Capital of Grace. Providentially the title was ready as a gift to Father Kentenich on September 15th of last year. 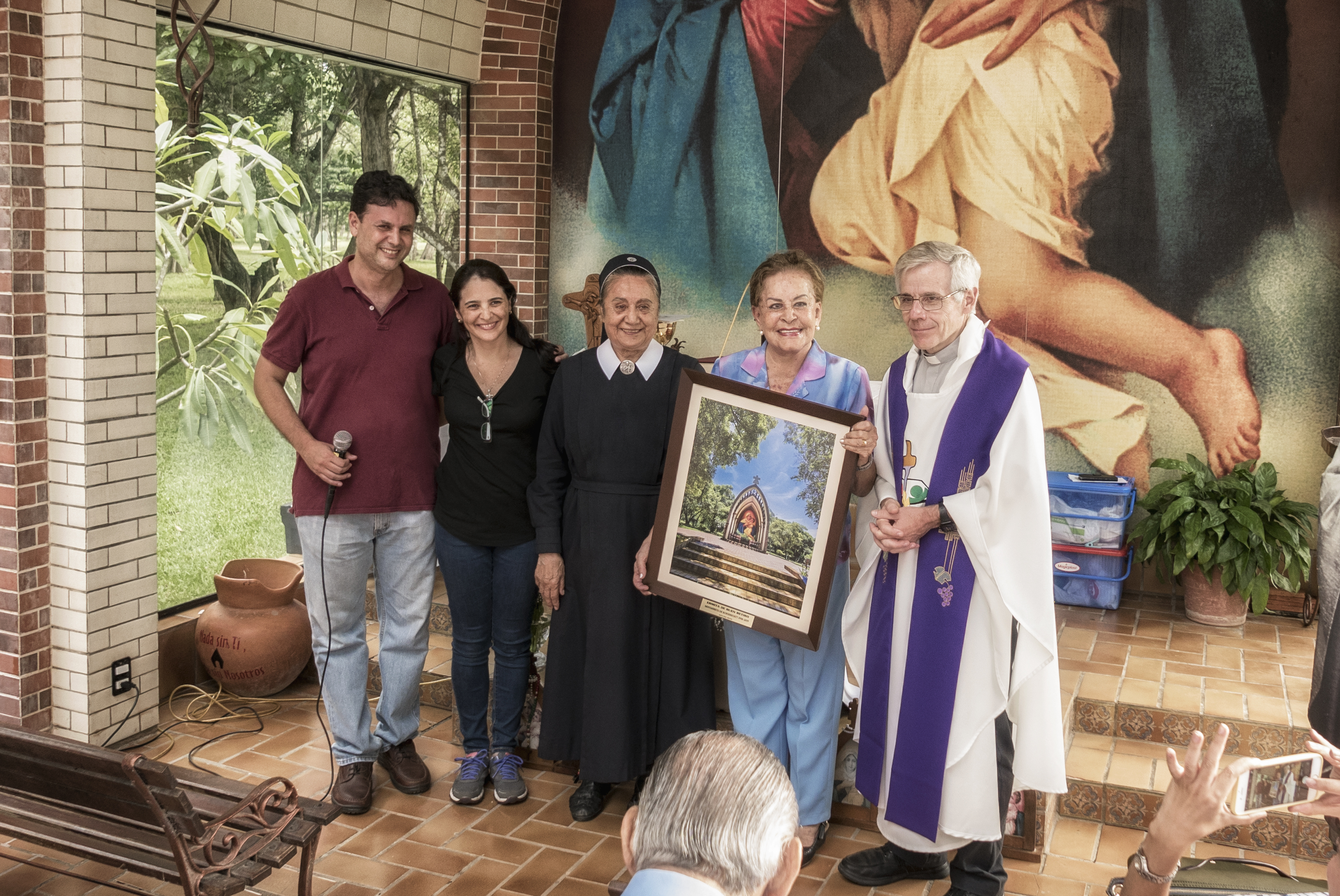 Day of discernment to define the Family of Santa Cruz motto

On Sunday, March 17th, Father Claudio Martinez (our advisor from Chile) opened the conference saying: “The Blessed Mother has opened the way for us and this has already taken off. The beginning was very slow and very painful, and suddenly everything began to progress with a speed surprising us all. Our advisor, also Chilean, Sister Silvia Beltrán, reflected on how we are at this moment: “with open and receptive hearts and with the “nothing without you” we must assume as a commitment.

Before the celebration of Holy Mass, we stood surrounding the place where the shrine will be built. In the center, the children were representatives of future generations inheriting the shrine. We held hands, we sang, we prayed, we cried with joy as we imagined that on May 2, 2020 we will have the feast we long desired.

In short, the day was full. The less punctual had to sit by the door—older children took care of the younger children playing outside, we had a picnic—a family party! In these signs it became evident that each one of us, from where we were touched, from the degree of commitment we have, already felt like a living shrine – we are already a family living from the shrine’s source of grace— we are only lacking physical walls. 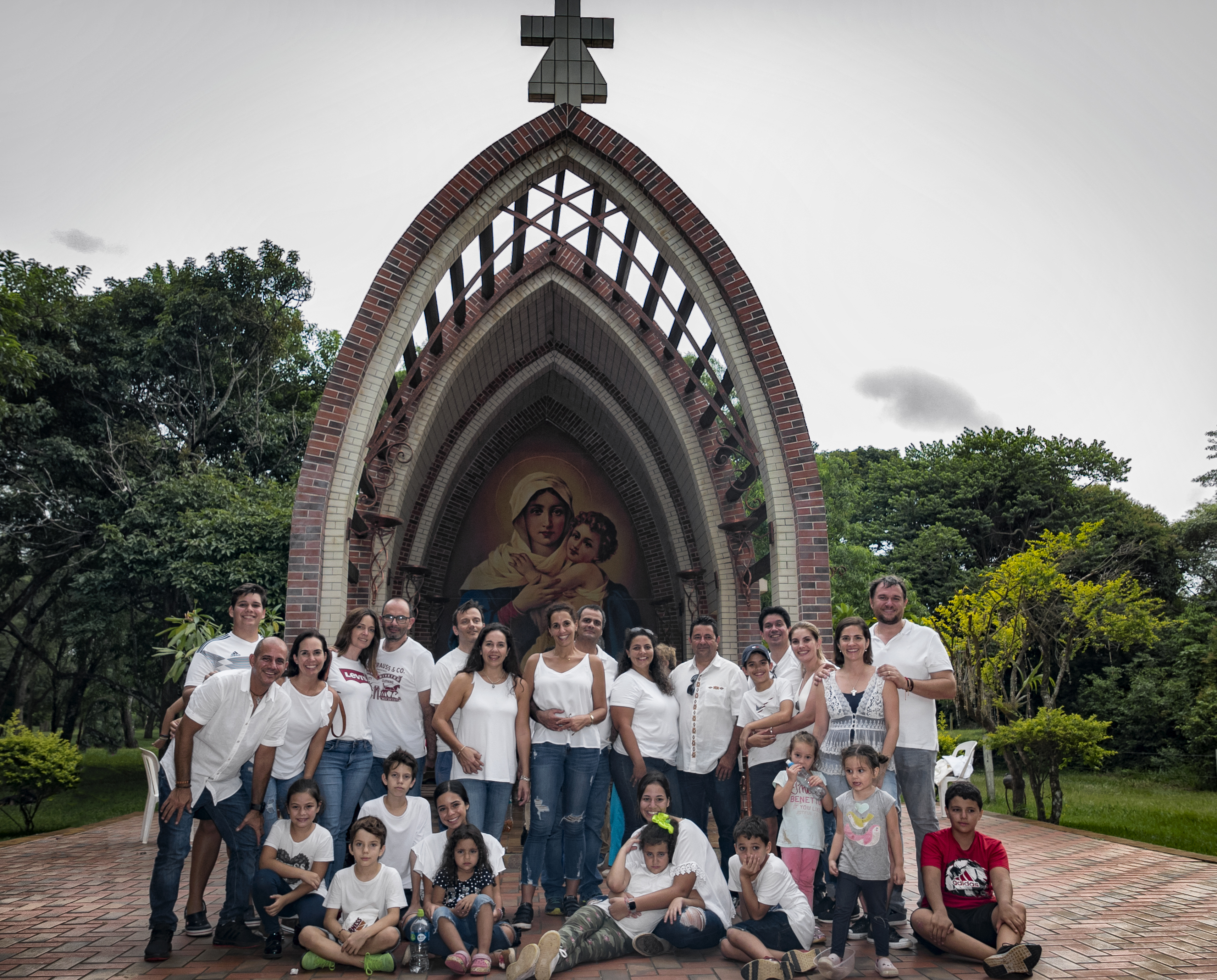 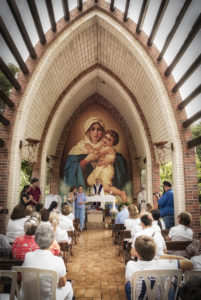 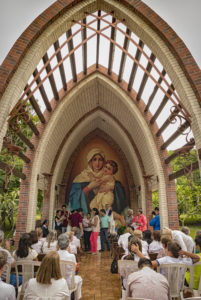 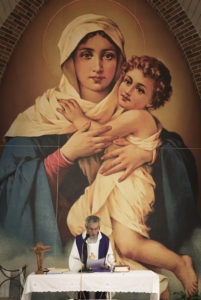 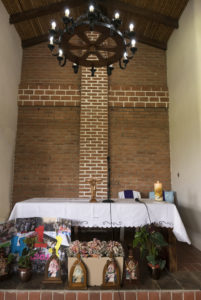 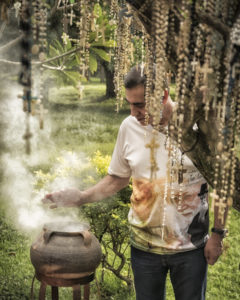 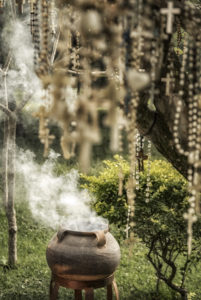