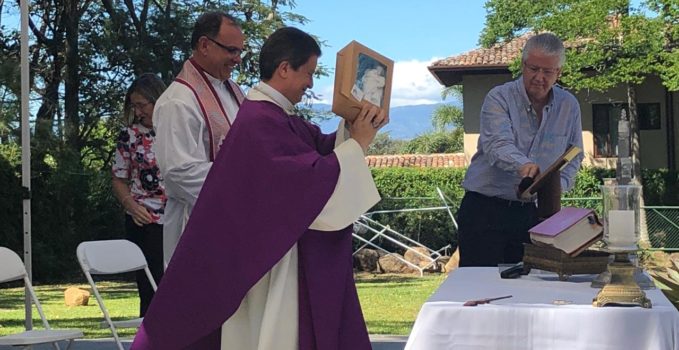 An Archbishop, an invasion of sorts, and a big YES!

Archbishop of San José, Bishop José Rafael Quirós, who blessed the Shrine in the area of Santa Ana, in San José (Costa Rica) on the 18 March 2017, celebrated Mass on the Fourth Sunday of Advent in the Shrine. —

He carried the Unity Cross as a pectoral cross.

Bishop José Rafael Quirós is the president of the Episcopal Conference of Costa Rica.

A few days until the “youth invasion”

Soon the grounds of the Shrine will be filled with young people from allover the world since the Schoenstatt Youth will meet here for their international gatherings of IGNIS and Hinéni, from 17-20 January 2019, before World Youth Day. For several years, IGNIS has been the name of the gathering of the Young Men’s Youth around World Youth Day, and it is also a Hebrew word meaning “fire.” This means “here I am,” and it is used to describe the state of attention and complete acceptance of God’s will. Hinéni is an enormous YES! 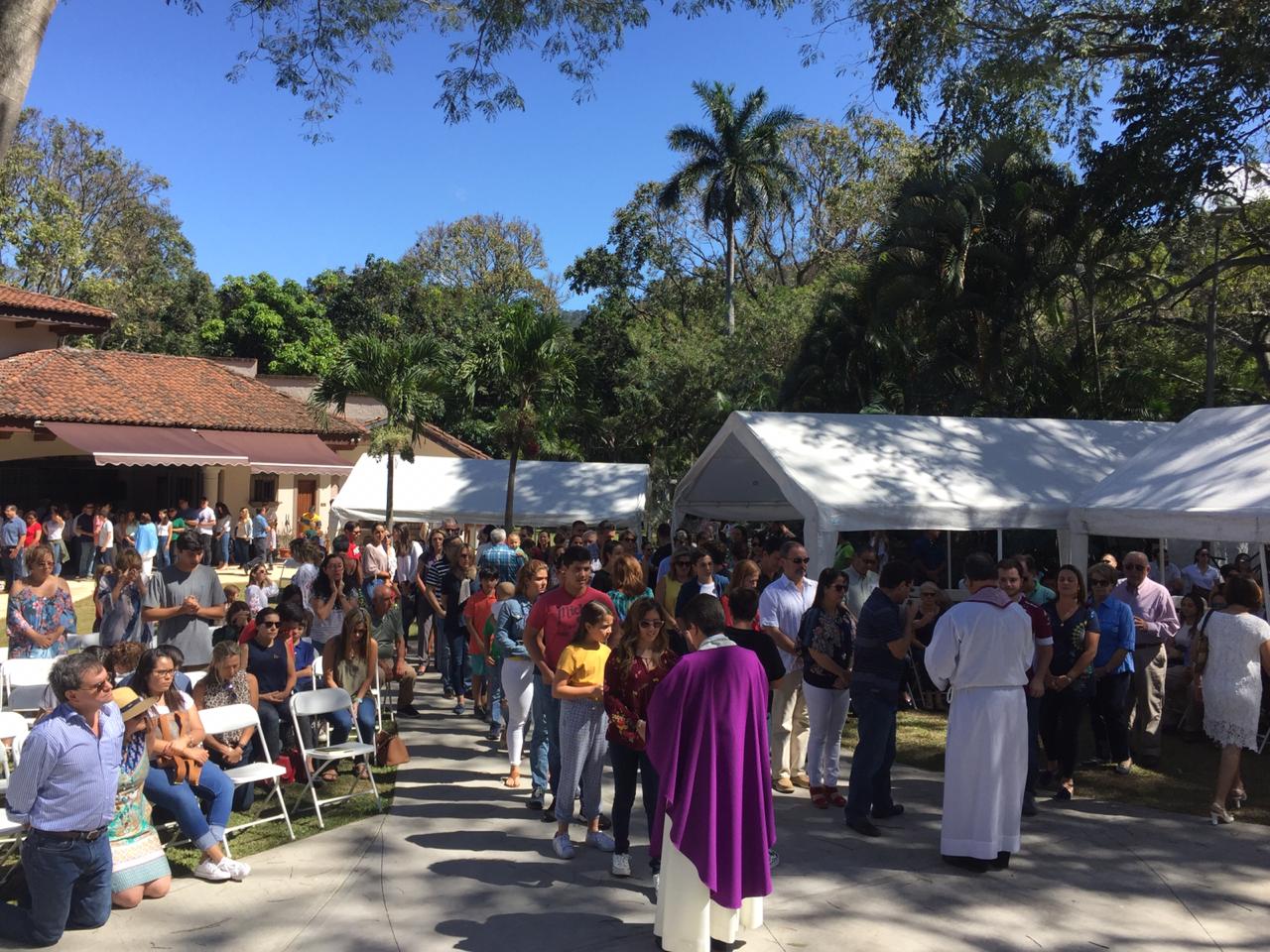