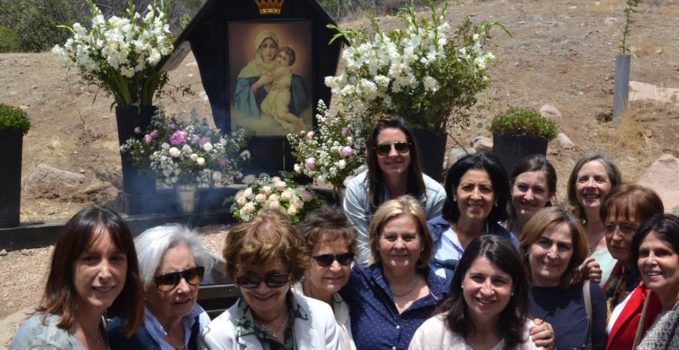 A gathering for “all of Schoenstatt”

On December 8th, a warm and sunny day, more than 300 people congregated at Mount Schoenstatt wayside shrine located in Trapense, Lo Bronechea— east of Santiago, Chile— Some of the pioneers that began with the dream of Mount Schoenstatt on Sta. Martina road, to the large family now thriving here, passing on through relatives, friends, domestic workers, Mothers of the Mater Filius Foundation with their children, Sisters, Young Women’s Youth, Branch and Federation Women, Institute, Branch and Federation Families, Madrugadores, and missionaries of the Schoenstatt Rosary Campaign. —

Jorge Niemann and Soledad González-Furió from the Ministry Office welcomed the participants, and they presented a brief introduction explaining why the Blessed Mother would be crowned.

Sister Margarita Morandé spoke about Fr. Kentenich, and the crownings he made, reflecting his own charism with much intimacy that he was part of the conquest and sacred history of Mount Schoenstatt.

Fr. Mariano Irurieta celebrated the Mass, representing Fr. Lucho, who in delicate health joined us spiritually. The entire Edwards Campino family made up the choir and accompanied the Mass with beautiful songs that helped to create a devout and festive atmosphere. 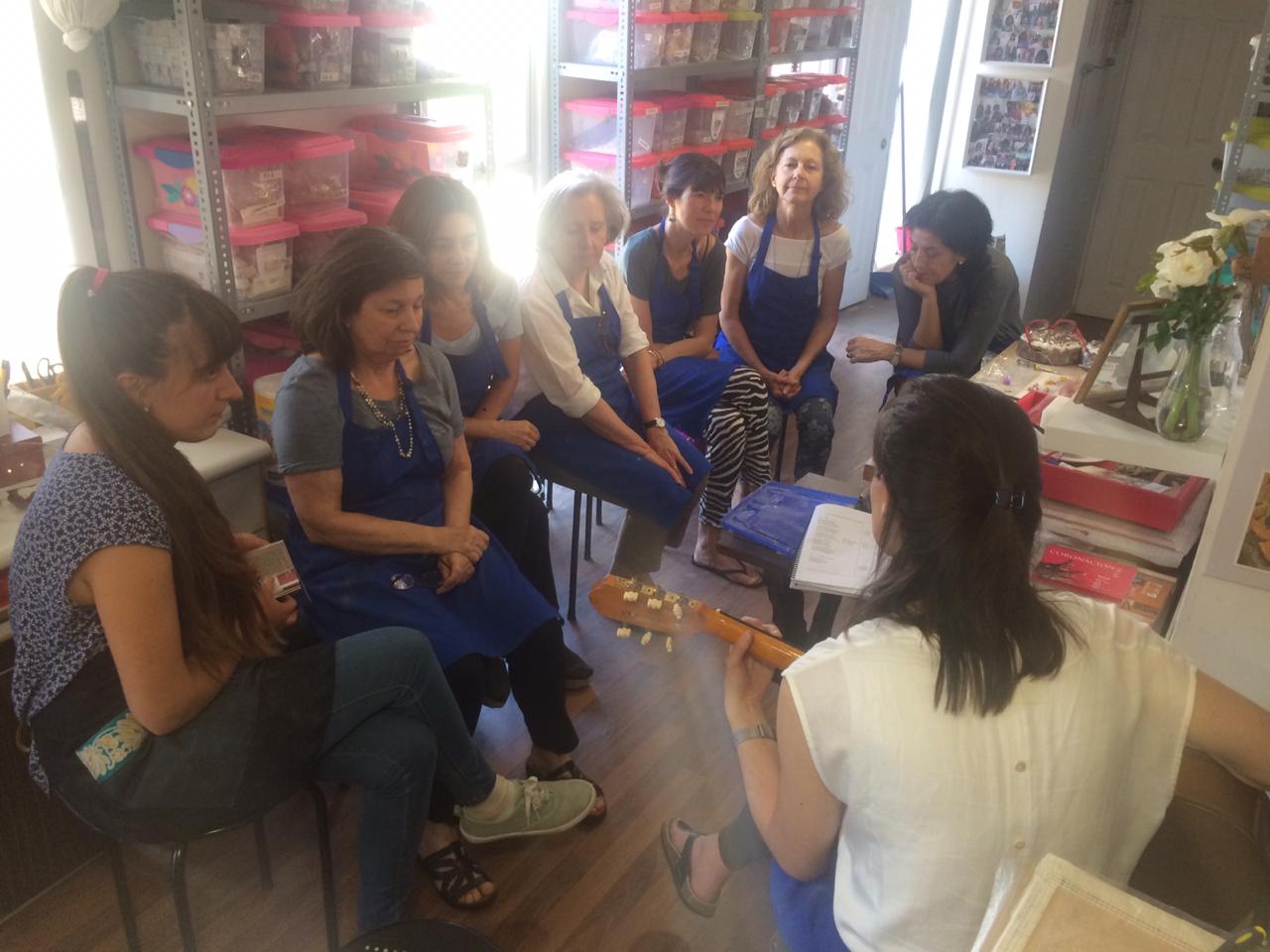 A crown fit for the Queen

There was broad participation from the different Branches, Apostles of Mary, the youngest girls in the Girls’ Youth, prepared the road for the Crown, toward the wayside shrine, with flower petals. Paty Lyon and Cata M., members of the Annunciation workshop, carried the Crown to the altar, and Sole and Jorge from the Ministry Office placed it on the Blessed Mother’s head.

During the Crowning campaign, every family was in charge of decorating a little crown with “Capital of Grace Gems” to conquer the Crown, and at the end of the Mass, they were burned in a vigorous fire as a symbolic gift for heaven.

Soledad González-Furió, who was in charge, along with her husband from Mount Schoenstatt’s ministry, stressed: “All the participants were completely certain that the Blessed Mother received the Crown that we offered her, a very special Crown, since the Annunciation workshop that works in Mount Schoenstatt fashioned it in mosaic; Patricia Lyon was in charge. Members of the workshop prayed for and placed the Crown’s every stone. The participants were happy and impressed by the joyful atmosphere present. 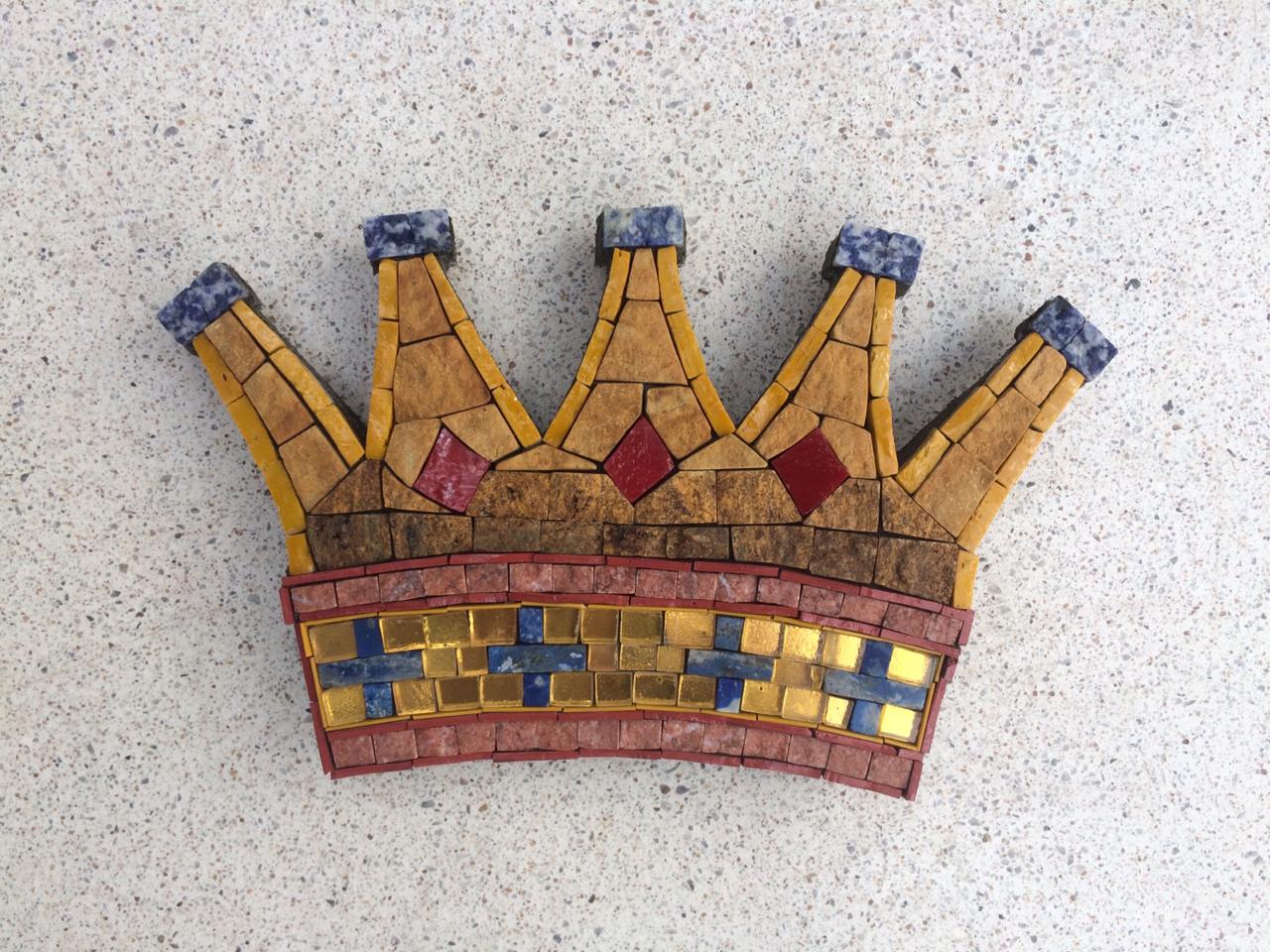 A Crown and a commitment

The Blessed Mother showed herself in a very strong way! Mount Schoenstatt had never had such a gathering. She attracted and will continue to attract many hearts to this holy place, that are committed continuing contributions to the Capital of Grace and remaining attached to the Wayside Shrine through the crowning prayer.

Cote Izquierdo, who along with her husband Alberto, has been committed to Mount Schoenstatt since its beginnings related: “The atmosphere this morning was like a celebration, a large and new sign of the Blessed Mother welcomed us at the entrance, which was full of flowers like the wayside shrine. Members from the different Branches, as well as the managers, the Kovacevic Walker’s attended. The leader of the Pilgrim Mother Campaign, the Great Missionary accompanied this large group of Pilgrims!”

They proudly shared about the celebration they experienced: “The mosaic crown is the most unique in the world, because the artists of the Annunciation workshop conquered every stone. The crown that everyone symbolically received on November 18th was united to this conquest. Finally it was a time to share drinks and Christmas details.”

“It was a beautiful day that was joyfully experienced as a family and with great faith. It was very touching!”

Now we wait for this crowning’s fruits and as Father said, all the participants make the commitment of continuing to visit the Queen. 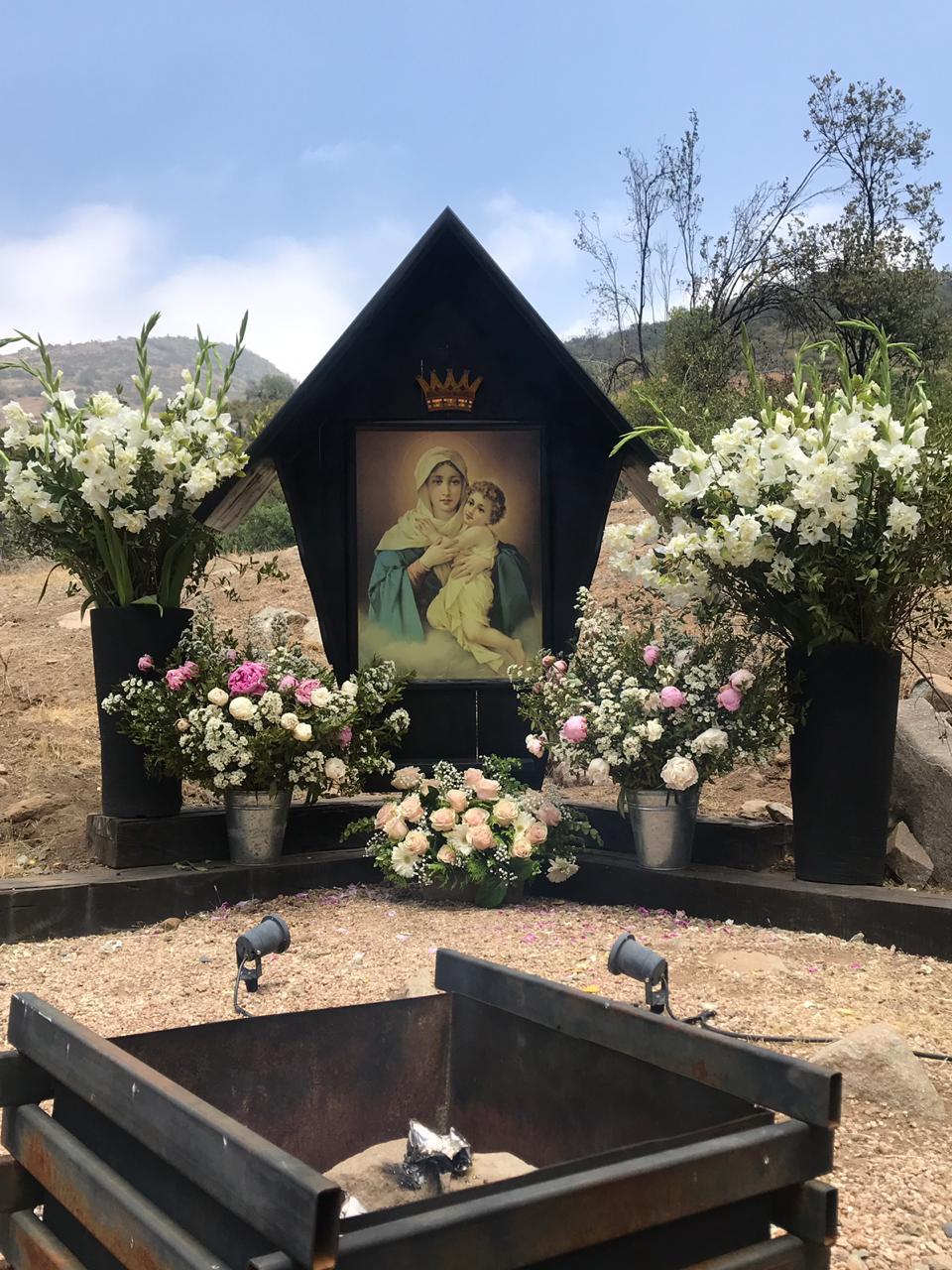 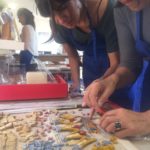 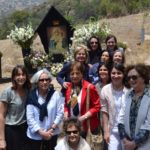 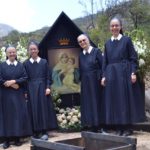 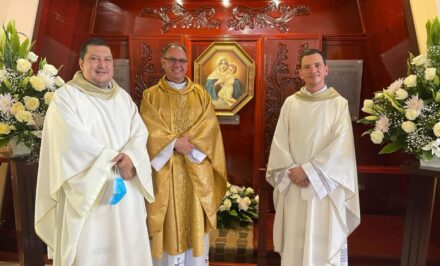