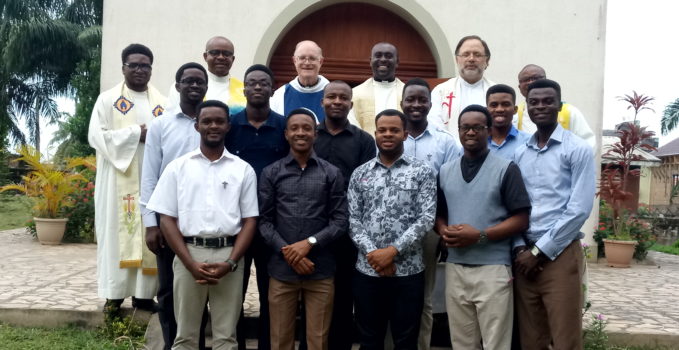 A new novitiate course is kicked-off in Nigeria

The novitiate is a very decisive and important aspect of the Secular Institute of the Schoenstatt Fathers’ formation for the priesthood. This is where an individual, together with his course brothers, is introduced into the life and ideals of the community, forms a course, and learns to work and grow with his other brothers as a course. This particular novitiate that began in Nigeria is comprised of ten novices, accompanied by the novice master, Fr. Herbert Opara. — 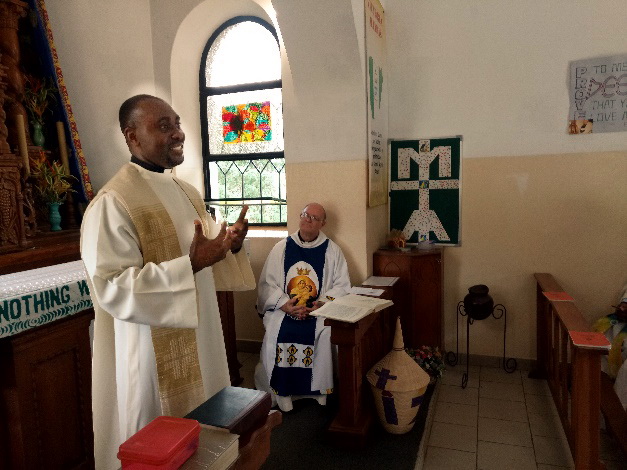 On 20 September 2018, Fr. Juan Pablo Catoggio (General Superior) officially opened the novitiate program. Providentially this day was also the 50th year anniversary of Fr. Kentenich’s burial. Fr. Juan Pablo presided over the Mass opening the event. During the homily, he called on the novices to embody openness. This openness, he exhorted, is evidenced in four ways:

Openness to Oneself– wherein we ought to be open to the truth about ourselves and our own personality; enriching and nurturing them and not being some cheap version of some other person.

Openness to the Novice Master– Although personal experiences are highly encouraged, they must be nurtured and rightly aligned. Those who are better advanced on this daunting path of experiencing the Lord must guide our experiences. The novitiate is a time of experience and encounter both with God, the community, oneself and one’s brothers. Therefore Fr. Juan Pablo said, “There is a need to open up completely to the Novice Master who will, in these times, be God’s instrument in guiding us.

If these four aspects of openness are well harnessed, the novitiate program,” Fr. Juan Pablo assured, “will be a fruitful time of grace.” 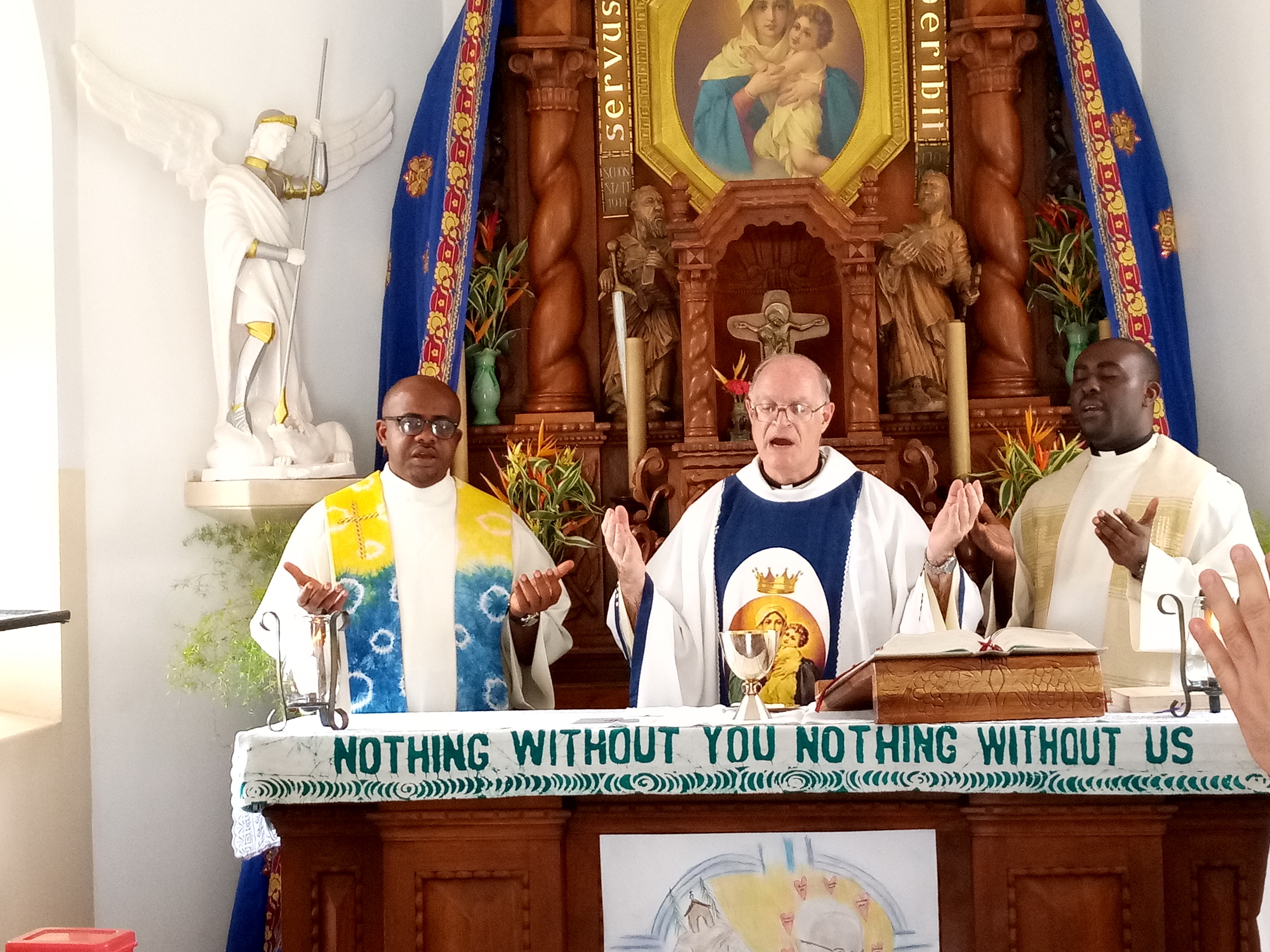 The Mass, offering thanks, and photos—

After the homily, the Mass continued. The Novice master expressed his thanks, officially welcomed the novices, and reassured them of his heartfelt acceptance and dedication with the grace of God. 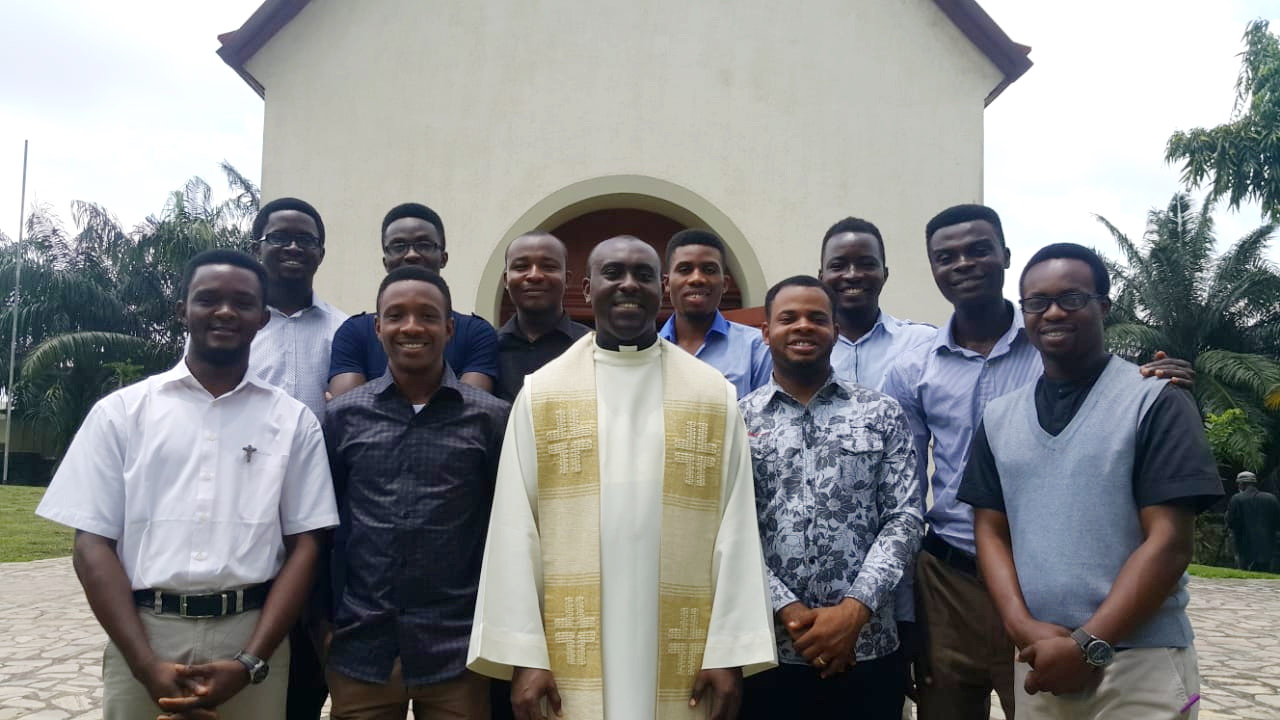