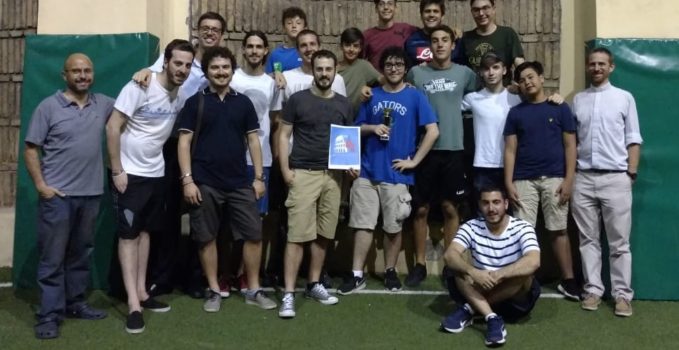 A year of Italian Boys’ Youth concluded the year on 2 July 2018 with a South American-style barbecue. —

It was a real celebration, with special guests: the teen-agers of “Santi Patroni” parish’s, post-confirmation group, where the Schoenstatt Fathers work.

It was a year we could define, using a beloved term by the newest generations: 2.0, with a new leader, new logo, new incorporations among the group’s members, new challenges. It was the year of re-launching for a project that began in Schoenstatt on 28 March 2010, and which undoubtedly, needed new blood to remain loyal to the promise of making the Schoenstatt Movement known in Italy.

Our special thanks to our Paraguayan brothers, who during the last four years have contributed fundamentally to the growth of the group through the project: “Mission Rome”. 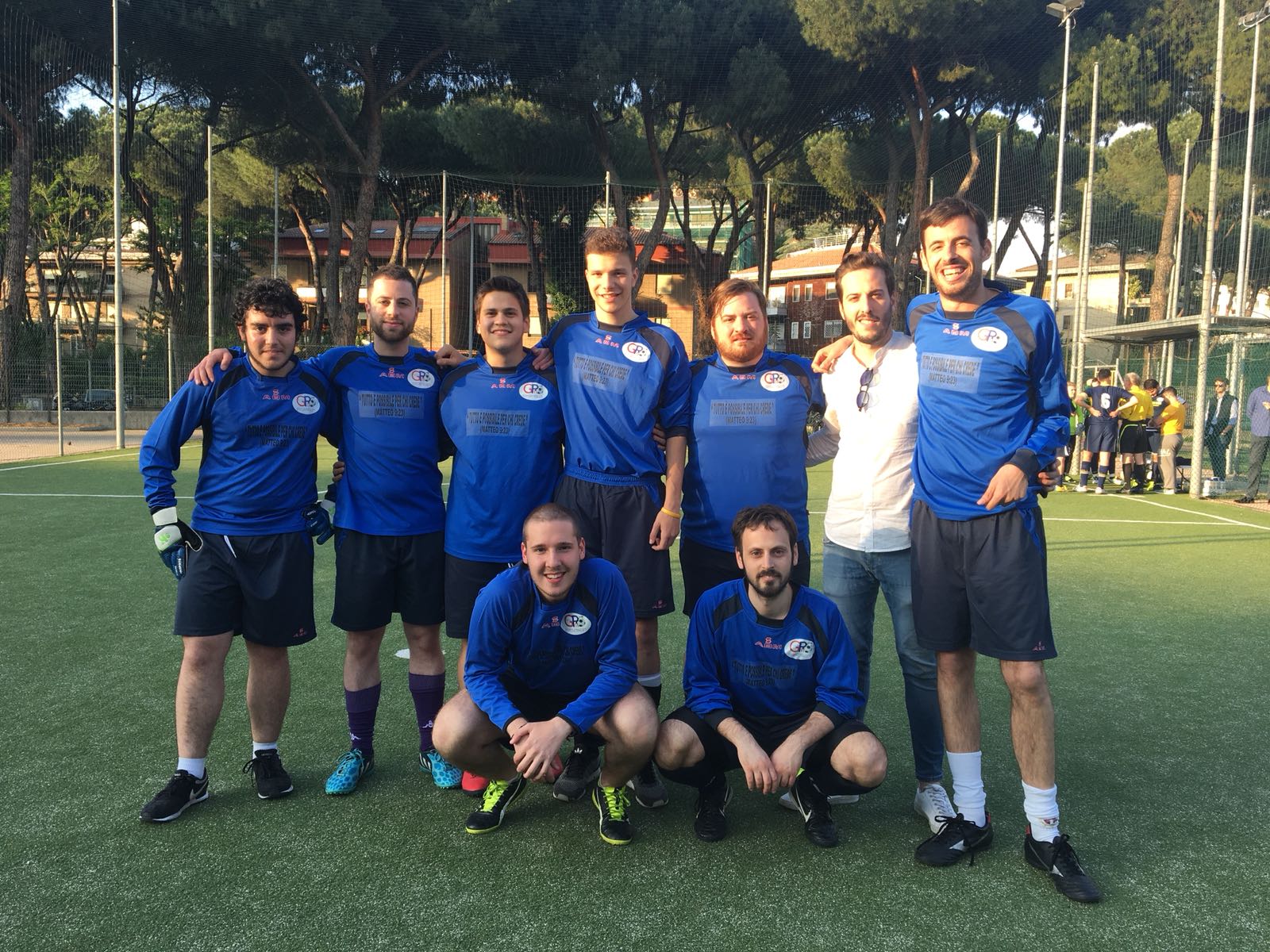 On the occasion of Mass, 18 June 2018, we presented the Boys’ Youth’s new logo to the entire Italian Schoenstatt Family: the Coliseum, universal symbol of the city of Rome, “embracing” the Cor Ecclesiae Shrine, it is unmistakable for its red color, and they are superimposed on a blue background, accompanied by a Fr. Kentenich phrase: “Strong, noble, meek, and mild.”

They are images surpassing a thousand words, they describe the feeling and the essence of this Boys’ Youth, a heterogeneous group formed by university students and professionals, each one of them willing to place their talent at the service of a broader design. It is not elite, nor a label, nor a closed group, but it is a life group moved by the will of taking its charism into life’s spheres, which they face daily. 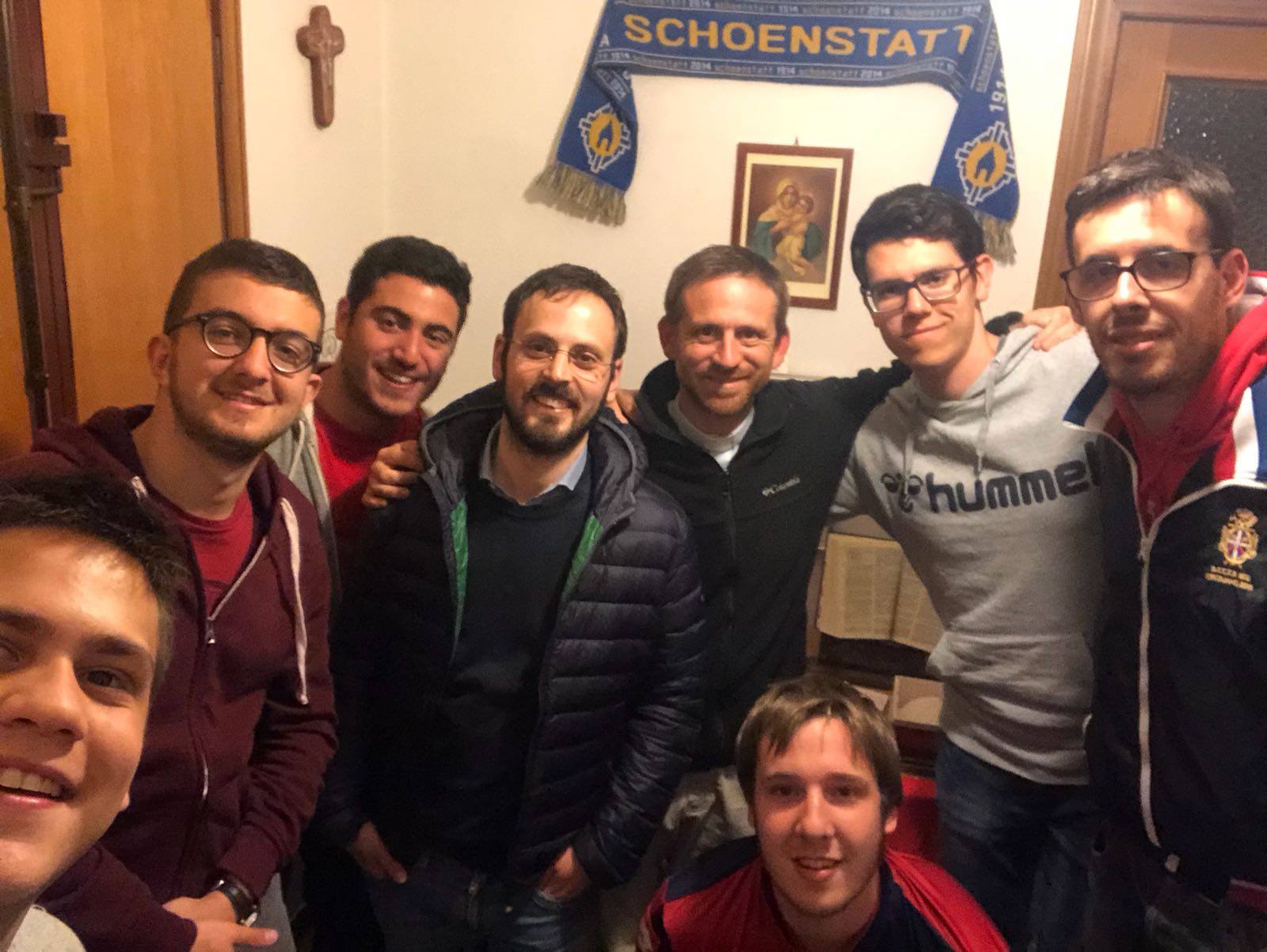 This Boys’ Group 2.0 has many projects. On one hand, the “internal” formative proposal, with biweekly meetings about our spirituality, and on the other hand, activities directed outward, from the inter-parish soccer tournament, to a pilgrimage between the shrines, with volunteer and playful activities such as the “World PlayStation Tournament” (won by an Italian, a small consolation for Italy’s absence in the World Cup).

There are many small projects, immersed in our daily commitments.

And then, a greater commitment: offering our work to coordinate the compilation, reorganization, and translation of Fr. Kentenich’s writings, with the objective of giving the opportunity of benefitting themselves, in a simpler manner, of all the pearls our Father and Founder has left us. It is an ambitious project, surely it is not simple, but with the enthusiasm and help of everyone, we are sure to bring it to fruition: “daring to risk,” like he taught us. 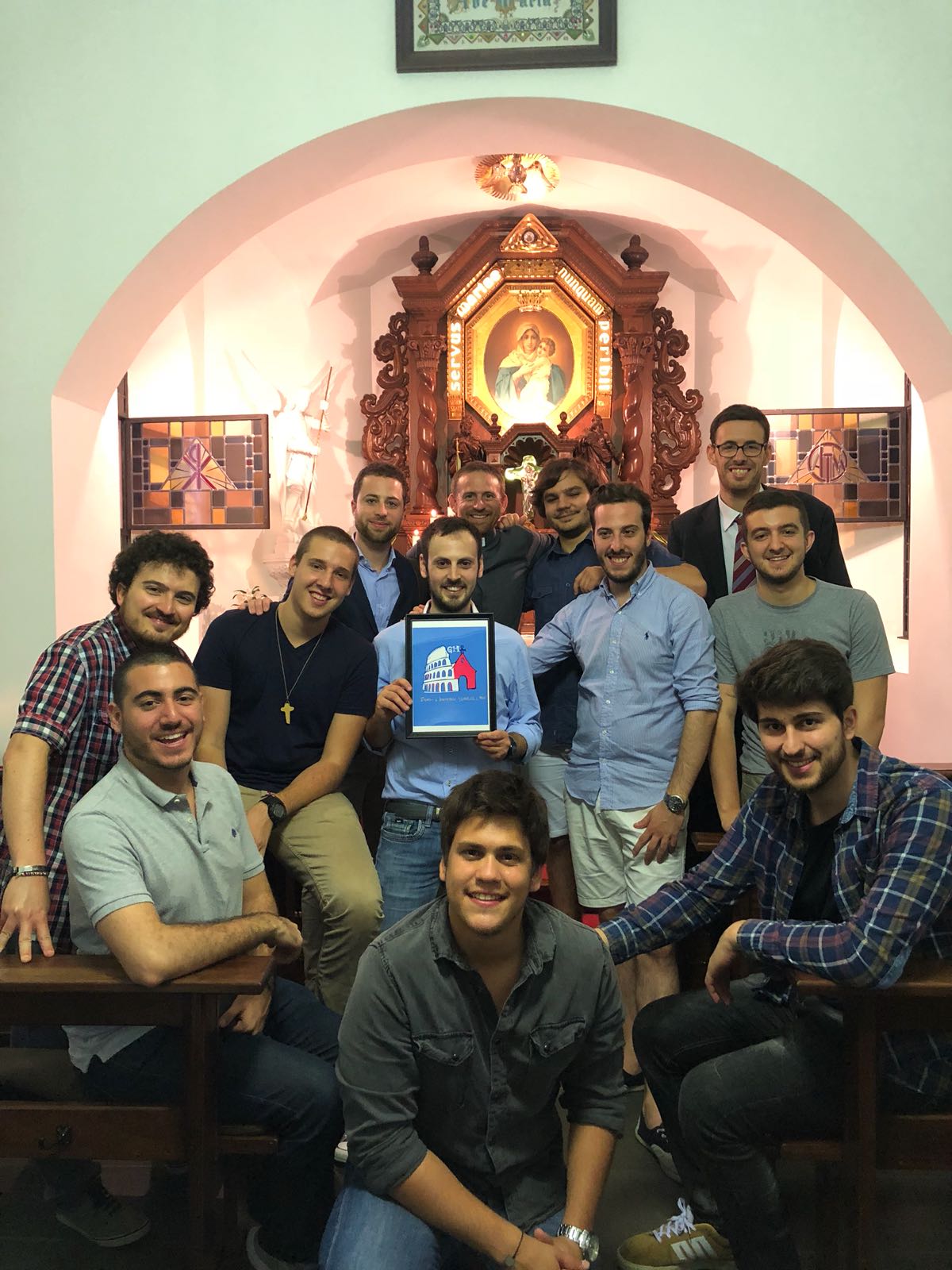