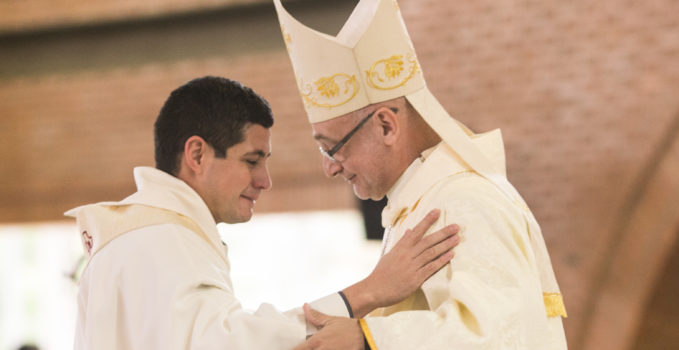 Pablito Martínez’ priestly ordination was celebrated on 24 June 2018, in the church of Santa María de la Trinidad in Tupãrenda, while we were still experiencing the after-effects and emotions of Chiquitunga’s beatification – the first Paraguayan woman Blessed – that had taken place the day before. —

Just like during the soccer world championship in Russia the last few days where we saw multitudes, there was also a multitude at the stadium on Saturday, for the beatification of the holy Paraguayan woman. Inside and outside of the stadium, we saw how this crowd’s fervor trembled with a profound wave of spirituality to the sound of music, and in the ceremony that reached its climax as the veil covering her picture was pulled away. The Our Father prayer was also an especially touching moment, prayed in unison by 50,000 voices, within and outside of the installation, bursting with emotion that caused the stands to creak like our hearts. Even during the Eucharist, many people were seen crying. However the most touching part for me was to see a priest crying; ha upea che mo pirimbá (this gave me goose bumps). 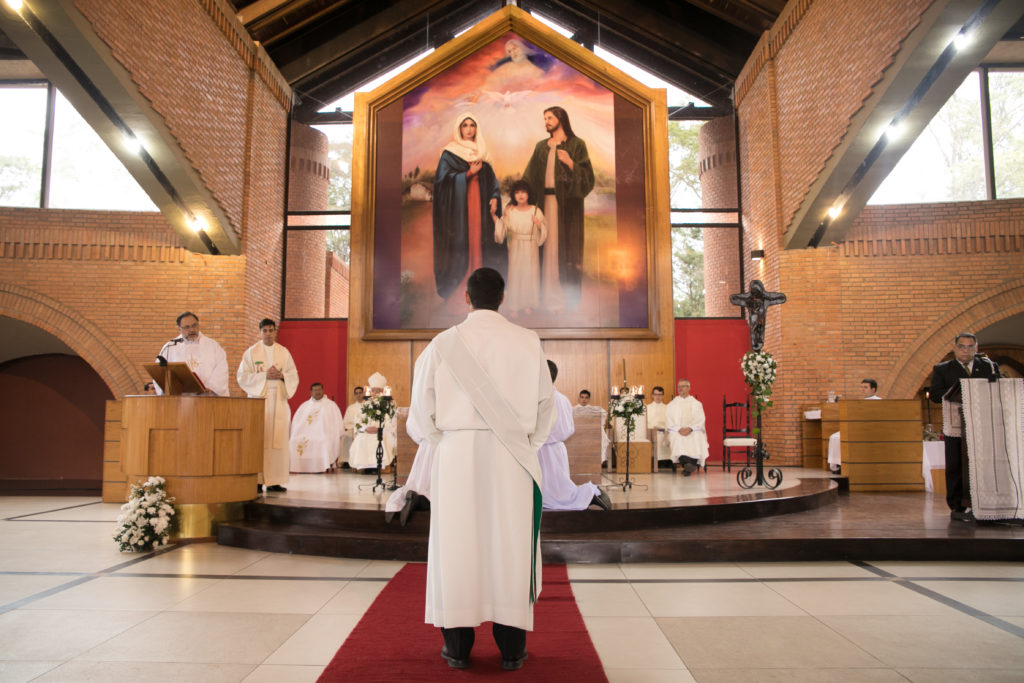 We were also touched in the packed church of Santa María de la Trinidad, where Pablito Martínez’ ordination was held. The entire Paraguayan Schoenstatt Movement family along with those from other places attended, especially from beloved Tucumán, like a second nation to our beloved Pablito; all within a solemn framework celebrated by his ex-teacher, Bishop Francisco Pistilli, at that time Pa´i Francisco – I believe he will continue to be his teacher.

The music by Coro Alegría, masterfully accompanied by the Fernando de la Mora orchestra and the velvety and invigorating voice of their solo female voice, all under the direction of our Maestro Joaquín Santiviago and of our beloved Pa´i Santi was inspiring. The highlight came when they sang the Litany of the Saints in Latin, which made us feel as if the Holy Spirit’s tongues of fire had invaded and penetrated our minds and hearts, but in a gentle, harmonious manner, like the melody that we heard that neutralized the cold wind blowing at that time. 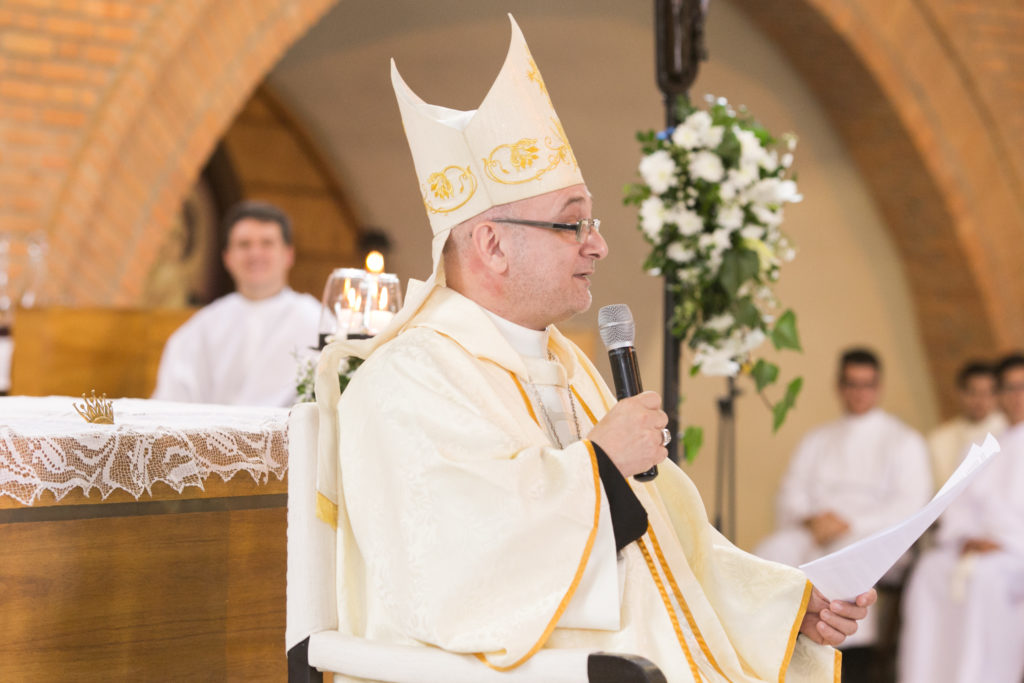 The tolling of the bell

A remarkable fact was that as the church bells tolled 12:00 pm, that was the precise moment of the presentation of the symbols and vestments relating to him as a new priest was made, as if announcing the opening of heaven’s doors for this very profound spiritual and pious moment.

Paraphrasing Bishop Pistilli, his novice master, we could say dear Pablito that your consecration to our God as a priest may have not been as obvious as the consecration to God of the giant of Christianity, your namesake the Apostle, St. Paul, was not obvious. Of course, respecting the conceptual distance, but observing your home environment with your mother, whose virtues we do not have to expose, because we would offend her humility and simplicity, as well as those of your sister, now a Sister of Mary, and then your brother, adding to all of this the affectionate memory of your father, made us understand that your inclination to offer yourself entirely to God and our beloved MTA, in such a radical way as that of the priesthood was obvious. 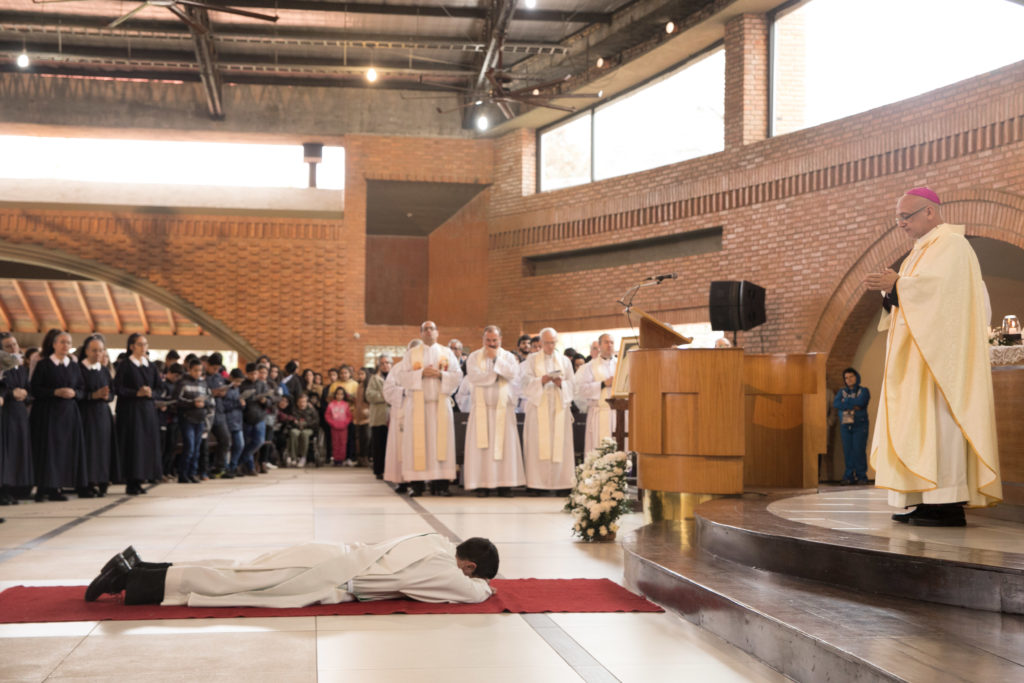 Dear Pablito, in this great play that you have made on the playing field of Christian spirituality, you made a goal of anthology, that is unparalleled with those of Cristiano Ronaldo, or those of Messi, or Neymar, because yours was from goal to goal, touching that multitude gathered in our beloved Tupãrenda. Consequently it was not necessary for the referees to even resort to the “VAR” to replay and analyze your score, and we dare to say that you are registered as a goal scorer in Catholic spiritual registers, and especially, of our beloved Schoenstatt.

(But here I am going to cut my words short and I am going to ask God and his Mother, to take care of you, may they enlighten you so that you can lead our brothers and sisters through our God’s road.) 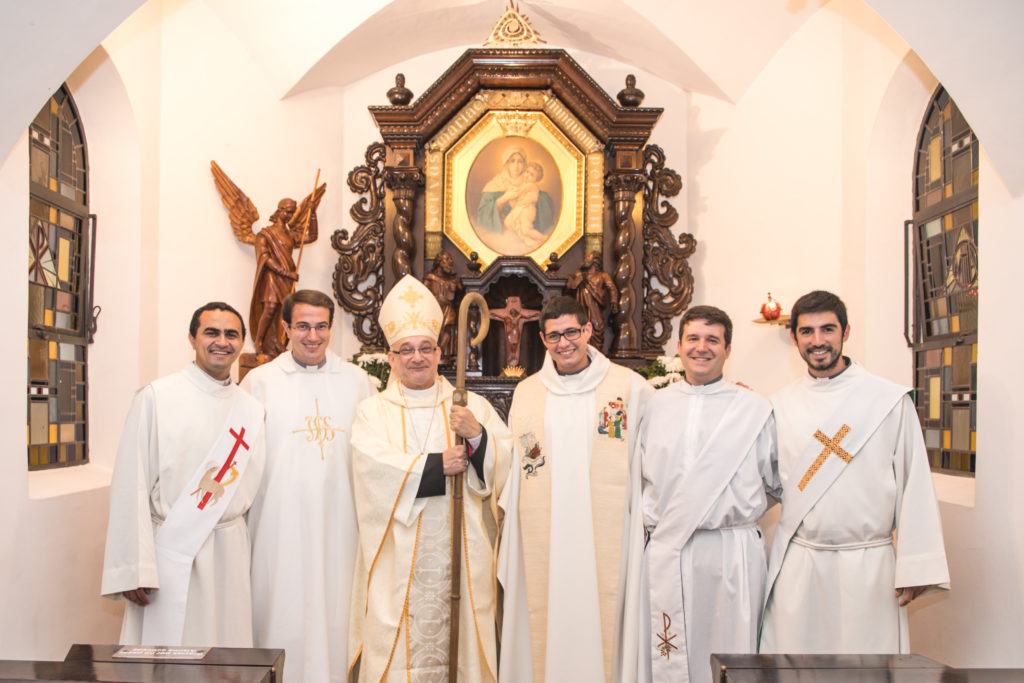 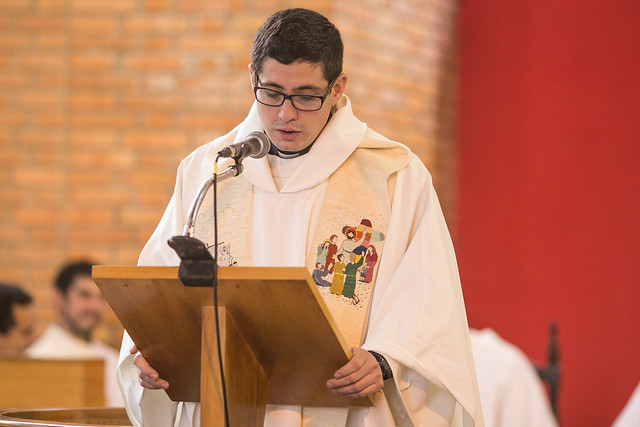