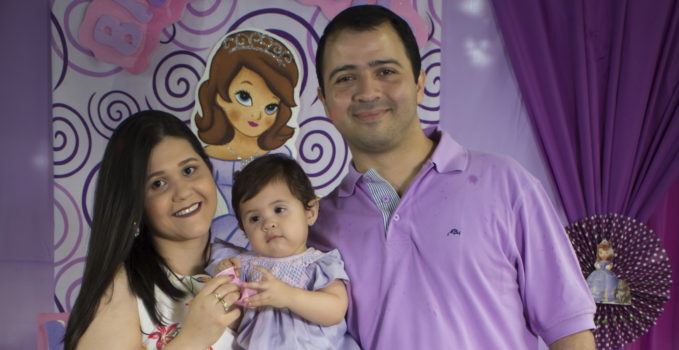 The doctor’s words, “Becoming pregnant will be difficult” were left behind

In October 2011, Aldo and I together began to write our story, knowing that it would not be easy, but we never thought it would be so difficult. A short time after being married, a tumor was discovered in my head. We suffered, but we were able to overcome our first great trial. Later I became pregnant and joy filled our home. Weeks later, I lost my baby, and the sorrow was so profound that it seemed impossible for us to recover.

Although we were always good partners, the truth is that God’s presence was lacking in our home, until the Blessed Mother did her thing. In July 2014, my mother invited me to travel with her to Germany and without planning it we arrived in Vallendar at the Schoenstatt Original Shrine. With an anguished heart, tired of sorrow, I went; visiting it filled me with peace and hope. Moreover we had the grace to visit Mount Schoenstatt, where Father Joseph Kentenich lived. We arrived at the chapel where his tomb is, and like many who visit, I left my great desire in writing: “I want to be a mother.” In that holy place and without knowing him, I opened my heart and placed my trust in him with the promise of getting closer to the Church as a couple.

We opened the doors of our home to God

In May 2015, we took that step, we joined the Schoenstatt Family Branch and just as we promised, we opened the doors to our home to God. Time passed and still I had not become pregnant. Science told me NO and the wait became more painful. The group leader told me, “Speak to the Blessed Mother as a friend until she listens to you,” and my husband and I gave our very selves to her. Day and night, we entrusted ourselves to her. We left behind the doctor’s words, “It will be difficult to become pregnant.” We also trustingly participated in the “Blessing of Sweet Waiting,” until February 2016, when lo and behold, we found out that I was pregnant!

During the first visit, the doctor told me: “So you can see the greatness of God, daughter,” and that is how his greatness worked in my family. We faced a difficult pregnancy, but the Blessed Mother was in control and on Wednesday, 5 October 2016, Sofía Belén, the Blessed Mother’s pampered one, was born.

I was losing physically and emotionally

We returned home with our healthy baby, and all seemed to be going well, until five days later, when I was diagnosed with a heart defect: they gave us the news that I had postpartum myocarditis, a serious condition, requiring surgery and possibly a transplant since my heart was only 30% functional. I was losing physical and emotional strength, and once more, my husband and I held hands as we entrusted ourselves to the Blessed Mother. It was another long road where the doctor was not optimistic about his diagnosis, but she worked quietly. November 2017, the doctor informed me my heart was normal; today it is healthy, without surgery or much less a transplant. We are enjoying our 17-month-old daughter, who arrived against all odds.

With this strong heart, we gave our YES to the Blessed Mother on 28 October 2017 in the Covenant of Love that we sealed with her. We are her pampered children, and she is the great missionary, she works miracles. Just like she worked in my family. 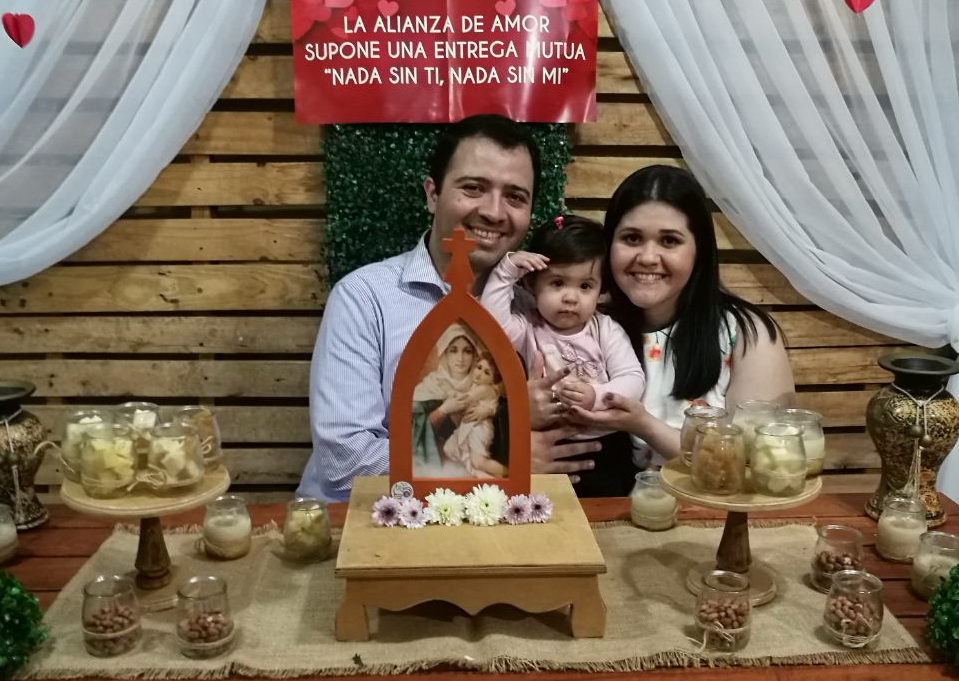