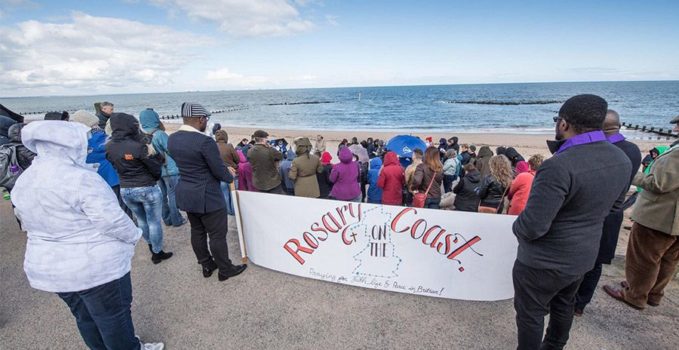 At 3 pm on Sunday, 29 April 2018, thousands of Catholics gathered to surround the British Isles’ coast to pray for faith, life and peace in our nations. The Campaign, known as the Rosary on the Coast, was initiated by a group of lay Catholics who felt inspired to follow the example of the Polish and Irish who recently felt called to gather around coasts or borders of their nations to pray for a renewal of faith and respect for human life through the powerful intercession of Our Lady of the Rosary.—

An interactive map on the Rosary on the Coast website displayed all the locations where people decided to gather to pray, and over 400 locations were eventually registered. 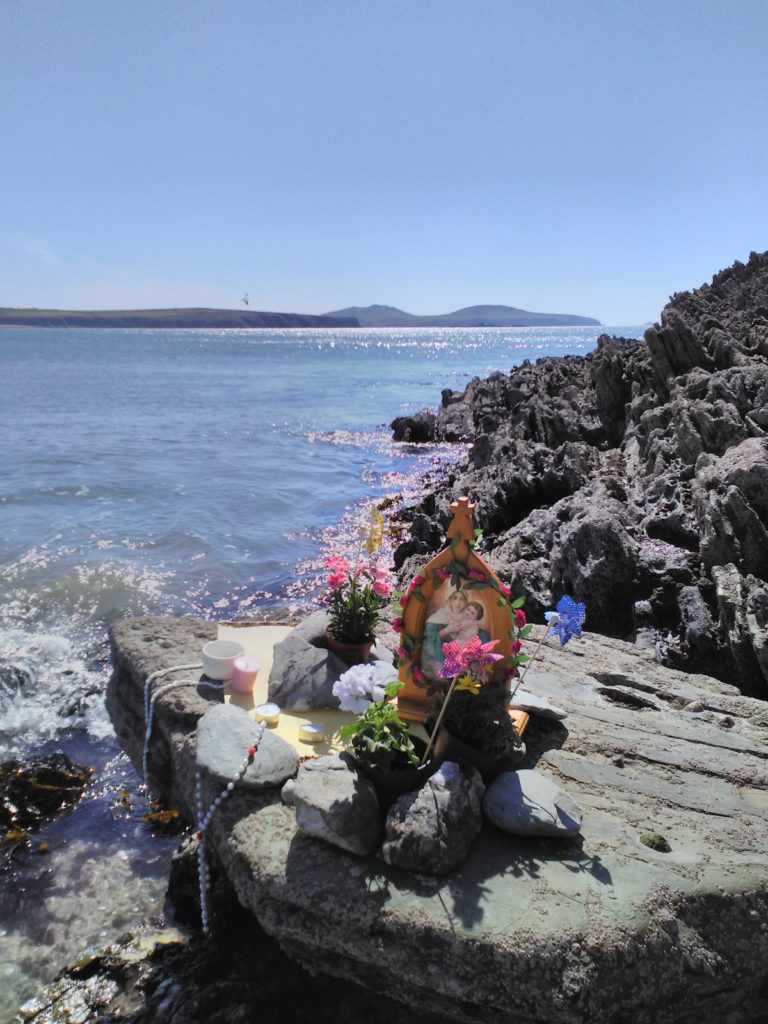 ess than a week before the event, I had been planning to join a group in the coastal town of Tenby, near to where I live, but there was an appeal by the organizers of the Rosary on the Coast for someone to coordinate a group in St David’s due to the city’s significance in being the historic birthplace of Saint David, Patron Saint of Wales.  I responded by suggesting the Sisters of Mercy, who run the St. Non’s Retreat Centre there, but then felt that at such short notice, I should take responsibility for coordinating the event there with them, and so it was that I went to St David’s and not to Tenby as originally planned.

15 years later at the same place

Immediately I thought, “Great I can take the Schoenstatt Pilgrim Mother I have from the Schoenstatt Founder Shrine in the USA, that Sister Jessica had sent to me many years ago.” Then it came to mind how I had taken the very first Schoenstatt Pilgrim Mother image I had received from the Mar Del Plata Shrine in Argentina to St. David’s (with me only during few years and long since back in Argentina) , and an article had been published on the Schoenstatt website about it! When I looked it up, I noticed that the date was 29 April 2003, which would be exactly 15 years.

On Monday of Holy Week, Anna and Chris Latham, first missionaries of the Campaign in Wales, received the Pilgrim Mother from the Mar Del Plata Shrine in Argentina that was blessed by Schoenstatt Father Mario Guillermo Cassone at the Wayside Shrine near the home of Jorge and Maria Tiscornia, parents of Geraldine Tiscornia Kunc, who brought the first Pilgrim MTA to Purley near London, and founded the Campaign in England.

The first inspiration I had was to take my Pilgrim Mother with us on our visit to St. David’s, at the extreme western tip of Wales, an hour’s drive from our home, a place where St. David and his mother, St. Non, have been (and still are) venerated for ages.  It is a place where the earliest Christian traditions in Wales can be traced.  In the past, two pilgrimages to St. David’s Cathedral were regarded as equal in merit to one visit to Rome!   St. David is the Patron Saint of Wales, and I thought how fitting that Our Lady should want to go there first on her journey as Pilgrim Mother for Wales.  Also we went to the Chapel of Our Lady and St. Non, half a mile from St David’s, on a cliff with an incredible view of the sea overlooking the ancient chapel of St. Non where St. David was born, and where close by is a Holy Well, which is said to have sprung up at the moment of St. David’s birth, and where the waters are believed to have miraculous curative properties.  The Chapel of Our Lady and St. Non is built in the old Celtic style, and the man who funded the cost of the building had said he did it because he was an “admirer of the Catholic Faith and a Welshman, who wished to do his part towards bringing back the old devotions to the Welsh people.”

For the renewal of faith, life and peace

To me it was a sign, beyond comprehension, Our Lady,  “She is the great Missionary, she will work (works!) miracles.” (St Vincent Pallotti) That I should find myself being called again to the same place fifteen years later with the intention of taking the Pilgrim Mother Thrice Admirable of Schoenstatt with me, and being part of a nationwide campaign to pray the rosary at the same time as thousands of others located around the coast of the British Isles for the renewal of faith, life, and peace surpasses all wonder!

Also at the same time that Mary Cole, who has recently come back from Schoenstatt, having attended the European Pilgrim Mother conference, is inspired to promote the Schoenstatt Pilgrim Mother Campaign here in UK. 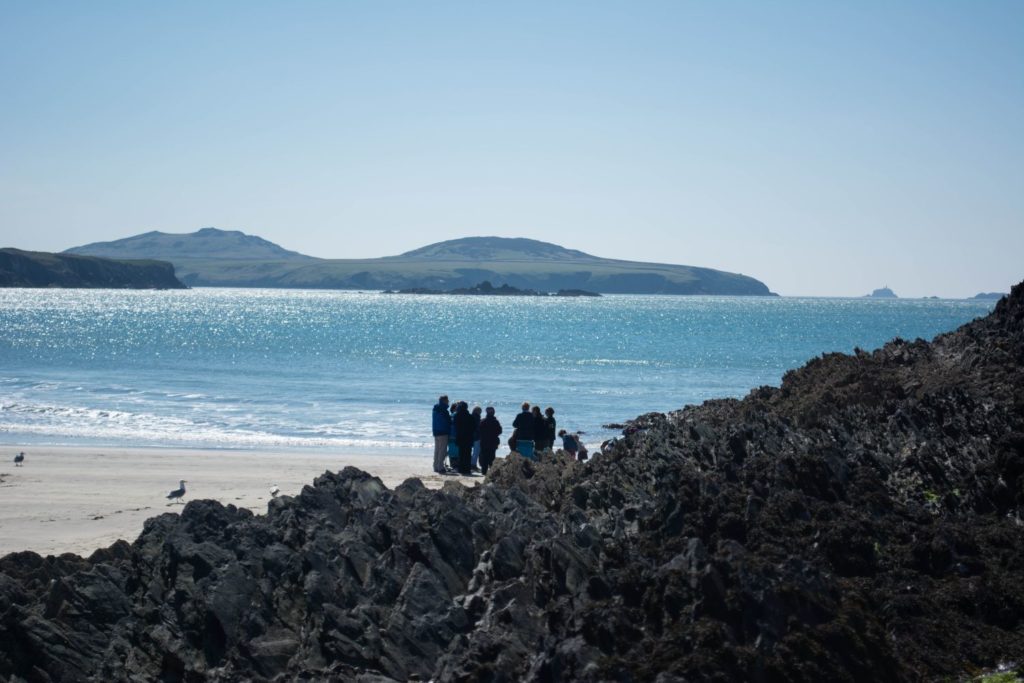