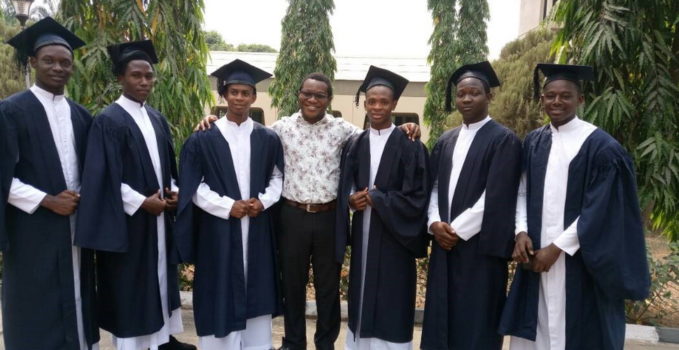 As a special Easter gift, the Schoenstatt Fathers in Nigeria issued the brand new Victory Shrine Newsletter, packed with stories from life and the apostolate around the Shrine. —

An opportunity presents itself

At the beginning of 2018, all Schoenstatt Fathers working in Nigeria gathered around the Victory Shrine for their annual meeting. Fr. Pablo Pol was present as the representative of the Nigerian community in the region. It was indeed an important moment for all our Fathers as they yet again had another opportunity to be together as brothers, renew their love for Mary in the Shrine, and also renew their strength for their respective apostolates. The meeting also offered opportunity for the Fathers to deliberate on issues concerning this young growing community here in Nigeria and to find a way forward. 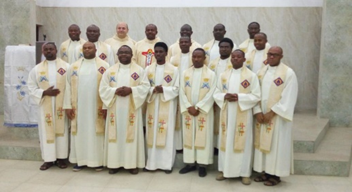 On 24 January 2018, six of the first year Philosophy students, studying at the seminary of Saints Peter and Paul, Bodija Ibadan, had their admission ceremony. This event took place in the seminary’s hall; professors and academic officials from the University of Ibadan officiated at the ceremony.

On the same note, on 15 February, the remaining four of the first year Philosophy students studying at the Dominican university also had their admission ceremony.

Fr. Henry leaves for Rome soon replacing Fr. Herbert Opara in the Parish run by the Schoenstatt Fathers in Rome, while Fr. Herbert will be back in Nigeria to assume his new role as the Novice Master.

Fr. Chochos Kunav will resume his work in Ibadan as the new Rector of the Filiation and as the community’s Bursar. Fr. Chochos has worked so far as a Parish Priest in the Warri Diocese.

On 22 September 2018, the seminarians: Jude Eze, John Iyoke, Dansuma Okpanachi, and Ugwoke Ugochukwu from the Covenant of Love Apostles’ course, will be ordained into the order of Deacons at Our Lady of Schoenstatt’s Victory Shrine in Ibadan.

How was the “second milestone” anniversary celebrated in Nigeria?

The 20th of January marked the second milestone in Schoenstatt’s history. It was on 20 January 1942 that Father Kentenich made the decision to go to Dachau concentration camp if it was asked of him for the sake of the family.  This very decision was an expression of his practical faith in Divine Providence, and contribution to the Mother Thrice Admirable’s capital of grace.

As a commemoration of this very important step in our history and the life of our founder, the student community annually visits the Agodi prison yard here in Ibadan to identify and show solidarity with the inmates. Due to some logistics, this year’s visit was held on 19 January, and it was indeed a huge success.

Urgent Needs for a growing community

Urgent among the issues discussed was the need for a new COASTER BUS to serve our growing student community. The two available Toyota Hiace buses are unable to effectively convey the fifty students we have.

On 23 September 2018, there will be a Family Thanksgiving for the entire Schoenstatt Family, a kind of fundraising event. Through this event, the Fathers hope to raise funds for a new Coaster Bus for our student community.

The community is calling on help from anyone who can financially support this challenge. No matter how small, all contributions will be greatly appreciated. 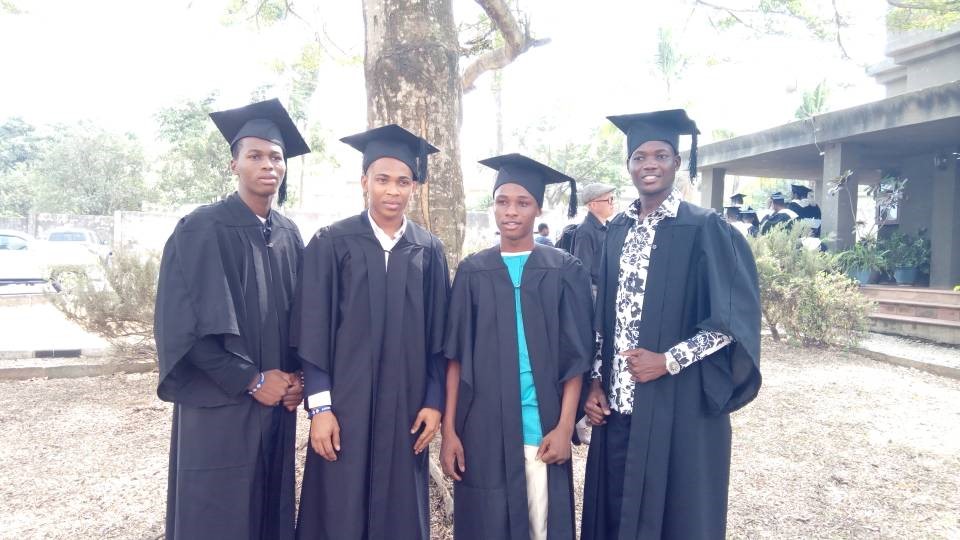