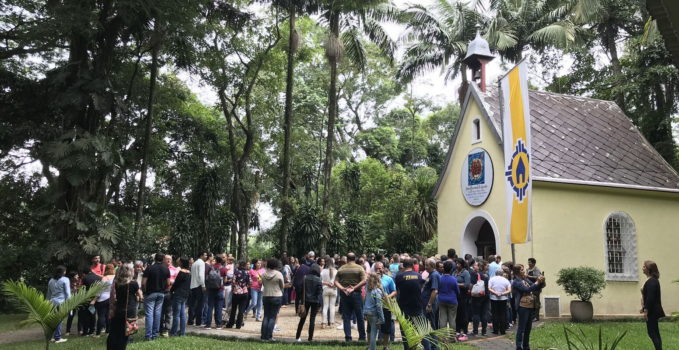 Gratitude and preparation starting the year in Jaraguá

The activities of the Schoenstatt family in Jaraguá, São Paulo/SP, began with much gratitude for the 50th jubilee of the Sion shrine. The day started off with the customary coolness of the region and the morning prayer from Heavenwards. This was the year’s first activity for the Schoenstatt Family, the opening of the activities planned for 2018. — 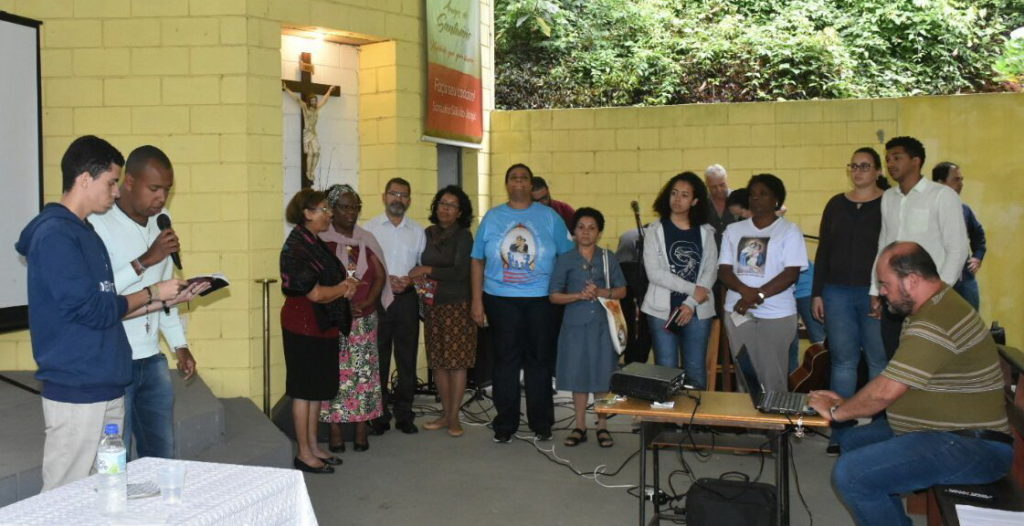 “The modern world can only be healed, can only re-establish itself through the saints…”

During this Family meeting, the weather and the heart became warmer with the thoughts that Sr. Lucia Maria shared on the life currents of the Schoenstatt Work in Brazil. Among the many points she made, Sr. Lucia Maria highlighted a sentence from Fr. Kentenich:

“The modern world can only be healed, can only re-establish itself through the saints…”

Brazil needs change, she said. It needs saints and demands a change, starting with each one personally, in the small things. This happens through self-education, with the help of Mary, Mother and Queen, by aspiring for holiness: this is Fr. Kentenich’s legacy – to do the ordinary things extraordinarily well.

She pointed out the need to observe the world and reality through the “opening” that is the heart of Schoenstatt’s father and founder. What does each situation really say to us? How do we interpret the many attacks on family in the media, in behaviour, in legislation? Is this the absence of God and fatherhood? Sr. Lucia Maria advised looking with Fr. Kentenich’s eyes to understand what God is saying through events, because there is great need for families who are strengthened in God and in love.

The president of the Council invited everyone to participate actively in the activities planned for 2018 under the motto: “United to the Father and Prophet, for a New Marian World.” The Schoenstatt Family in Jaraguá is currently united in a triennial preparation, striving to conquer a sceptre for its Mother and Queen, which will be placed in the Unity Tent at the jubilee celebration of the 50th anniversary of this shrine (31 May 2018).

This was followed by the final prayer and blessing by Fr. Marcelo Aravena, the new director for the Family League in Jaraguá and Caieiras/SP and the Men’s Rosary for the south eastern region. The opening of the year ended with Holy Mass, celebrated by Fr. Marcelo. In his homily, he invited the Schoenstatt Family to listen attentively to the Gospel: “Lord Jesus, may your call that demands conversion not intimidate us, but may it stimulate and give us the encouragement to radically change our way of thinking, living, acting, and loving in all of life’s situations.”

Everyone renewed their covenant of love in the shadow of the shrine, in the joy of having officially opened the year for the Schoenstatt Family in Jaraguá. 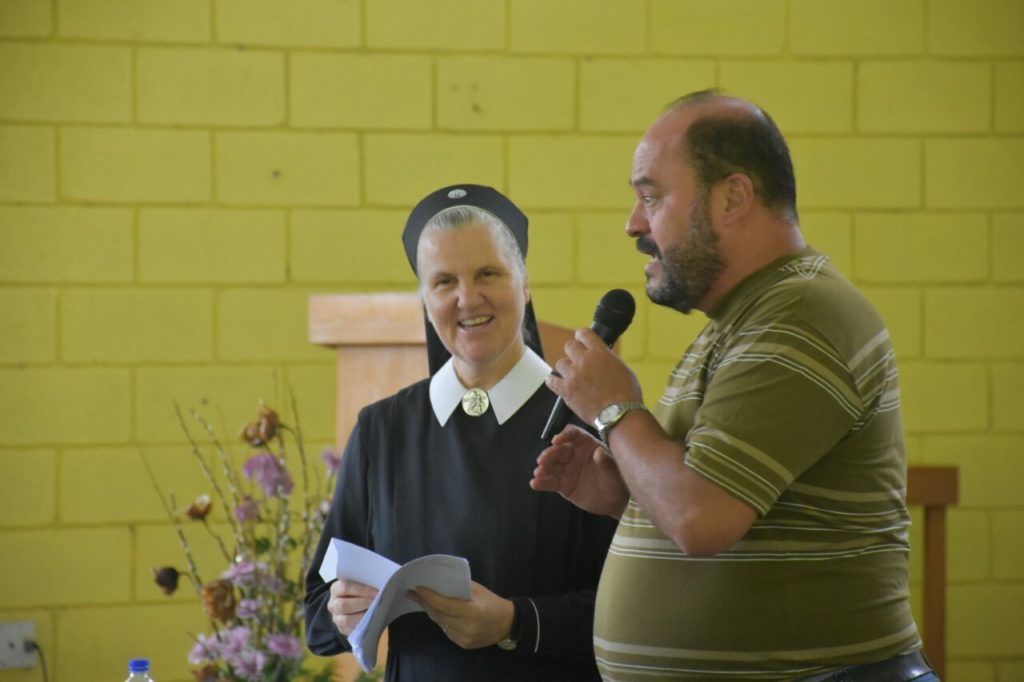