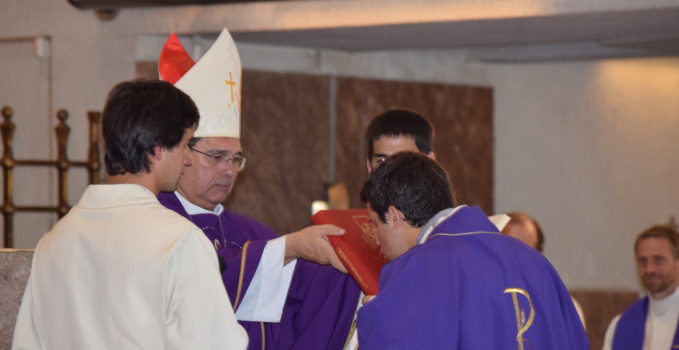 Diaconate ordination of Santiago Ferrero on the Sion Feast

Sion’s Feast always has something to surprise us— a visit, an anniversary, and new vocations. This year, the diaconate ordination of Santiago Ferrero brought together not only the pilgrims from Buenos Aires, San Isidro, Villa Ballester, and the areas closest to Florencio Varela, but also, the pilgrims especially from Córdoba, Santiago’s native city and La Plata, where he carried out one of his pastoral practicums. — 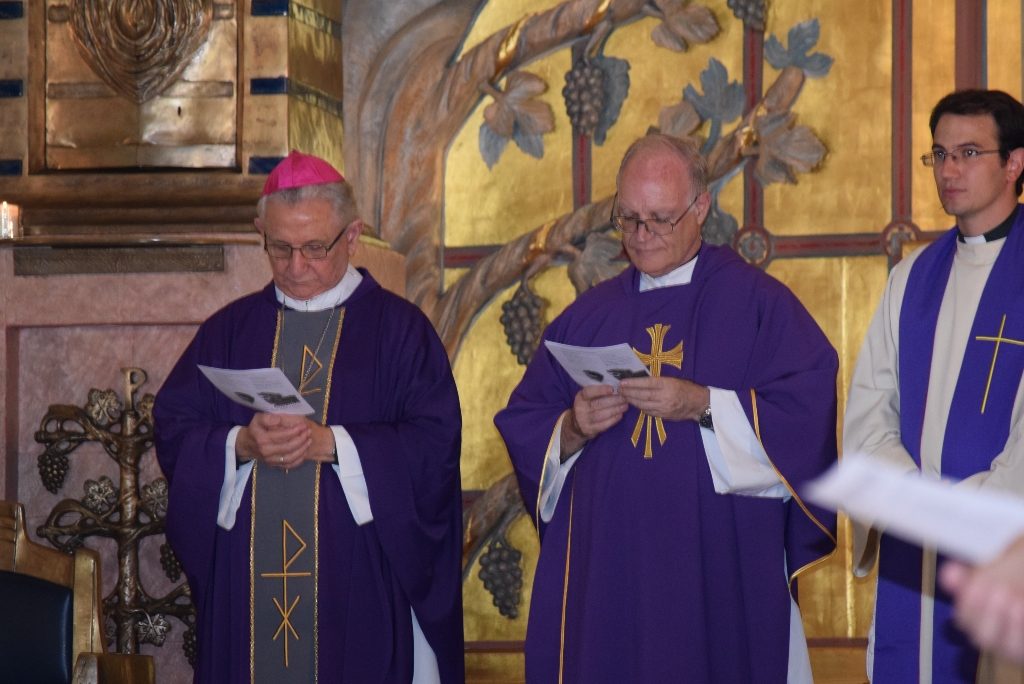 On Sunday, 18 February 2018, the Eucharistic celebration was moved from Sion to God the Father Church in Nuevo Schoenstatt.  Bishop Carlos José Tissera, Bishop of Quilmes, was the main celebrant along with sixteen priests and two deacons.

After the initial greeting from the Bishop, Fr. Tommy Nin Mitchel, the new regional superior, welcomed everyone who came to Florencio Varela, and he mentioned the three main reasons of the celebration: Covenant Day, the 24th Anniversary celebration of Sion of the Father Shrine, and of course, Santiago Ferrero’s diaconate ordination. 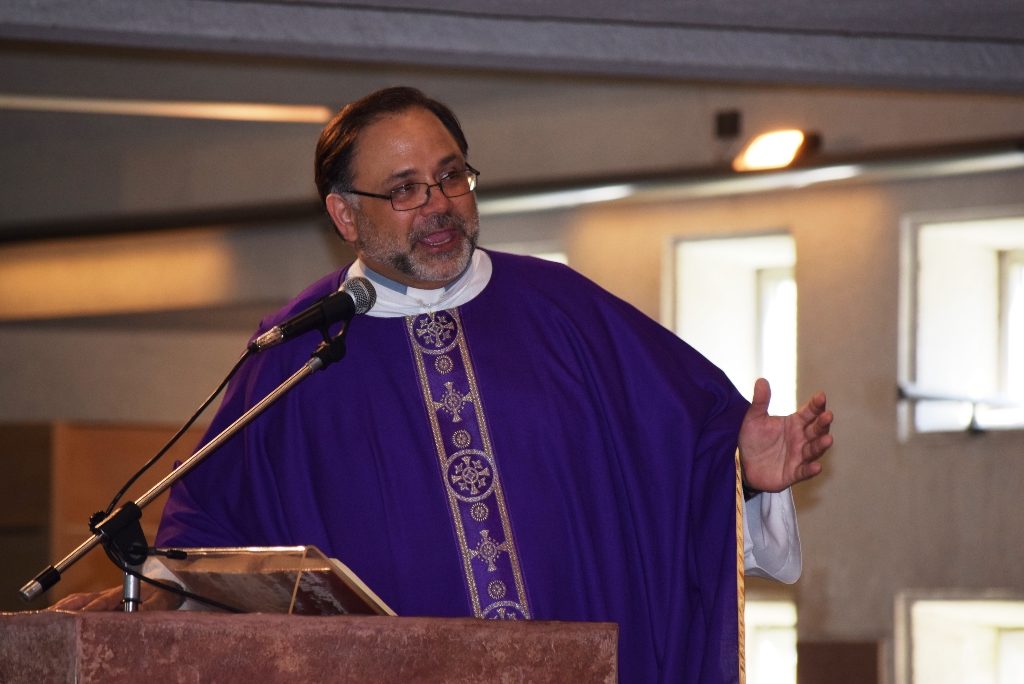 “I was surprised to hear at the beginning of Santiago Ferrero’s biography, about all his social concerns that emerged while he studied architecture. I know about the non-profit Techo (Roof), but I did not know that Santiago was in the group where it began in Argentina or that he worked in it until 2006. Upon hearing that during the economic and social crisis of 2001-02, they built emergency housing in several areas of Córdoba, I recalled the beginnings of the Schoenstatt founders in Paraná, who at the beginning of the 70’s, built “little farms” for homeless people as a social action,” remembered one schoenstatt.org collaborator.

Diving into the pool of God’s merciful love

In his homily, Bishop Tissera recalled that “Lent is a time ‘to bathe in God’s merciful love”, and referring to that morning’s excessive heat, he added: “and it would be very good to ‘dive into the pool’ on a day like today…to plunge into God’s love!”

Addressing Santiago, he told him: “May this day of your ordination allow you to feel that you are part of a family, of Jesus’ followers. May the Blessed Mother, the woman of the Covenant, help you to always live at Jesus’ feet, and like her, that you do it by serving without weariness, being joyful, and showing the world that hope is not an illusion; it is someone, it is Jesus alive in our midst.”

Believe what you read, teach what you believe, practice what you teach

At the beginning of the rite of ordination and upon being called, Santiago, who was seated in front of his parents and some of his six siblings, took a step forward. There he made his diaconate promises and then he prostrated himself while the Litany of the Saints was prayed, they were sung in a folkloric version. Finally, Bishop Carlos imposed his hands and prayed the Prayer of Consecration through which Santiago was ordained as a deacon.

His parents, Eduardo and María de las Mercedes took the stole and the dalmatic to the altar. Santiago was vested with the liturgical vestment proper of the deacons, he received the Gospel from the hands of the bishop and it was placed on the altar to continue the celebration. 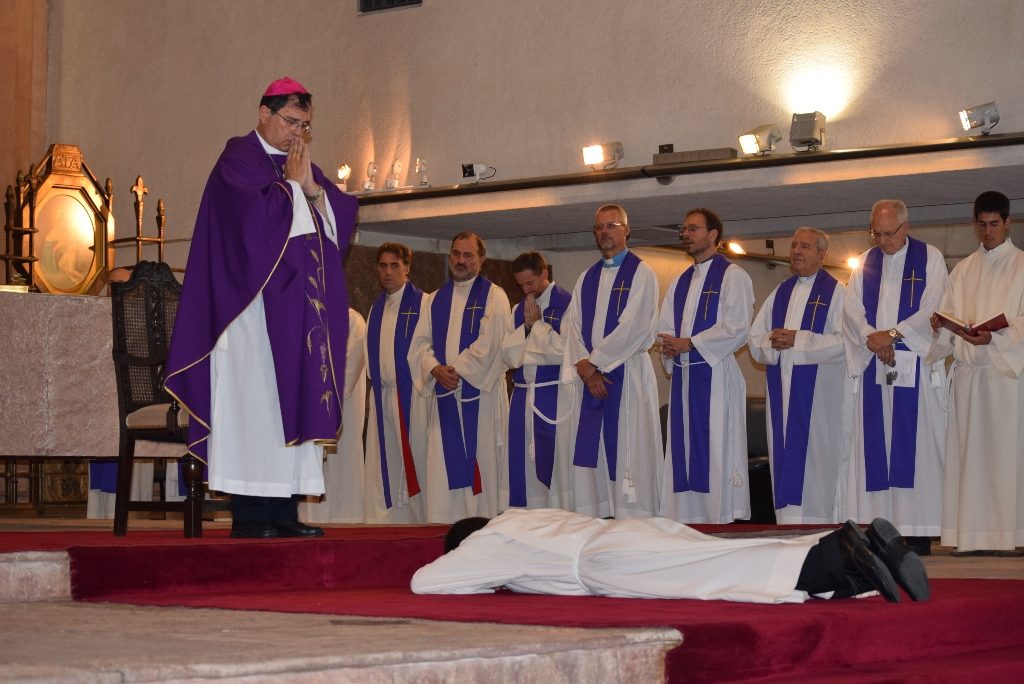 Before consecrating himself to the Blessed Mother in the shrine, the new deacon expressed gratitude to many people and communities who accompanied him in his life and on his priestly road until this day. “All those persons that God has given me, are not on the edge of the road they have paved the road: they have trained me, taught me, they have shown me how to grow and to be a priest” he stressed. During the Year of Fr. Kentenich, Santiago expressed gratitude “to his model of paternity, of priesthood and of following Jesus Christ who are the path through which we walk following Him.

In the procession from God the Father Church to the shrine, Deacon Santiago carried Fr. Kentenich’s hand to place it on the altar. There he consecrated the beginning of his entire ministry to the Blessed Mother, always a companion, always loyal. “I am your son, and I trust. I place myself in your hands, I crown you, and I ask to manifest yourself as the Victorious Queen in all my community brothers’ lives”. Then he invited everyone to renew the Covenant of Love and finally he gave his first priestly blessing to everyone present.

May my heart be a little more like his 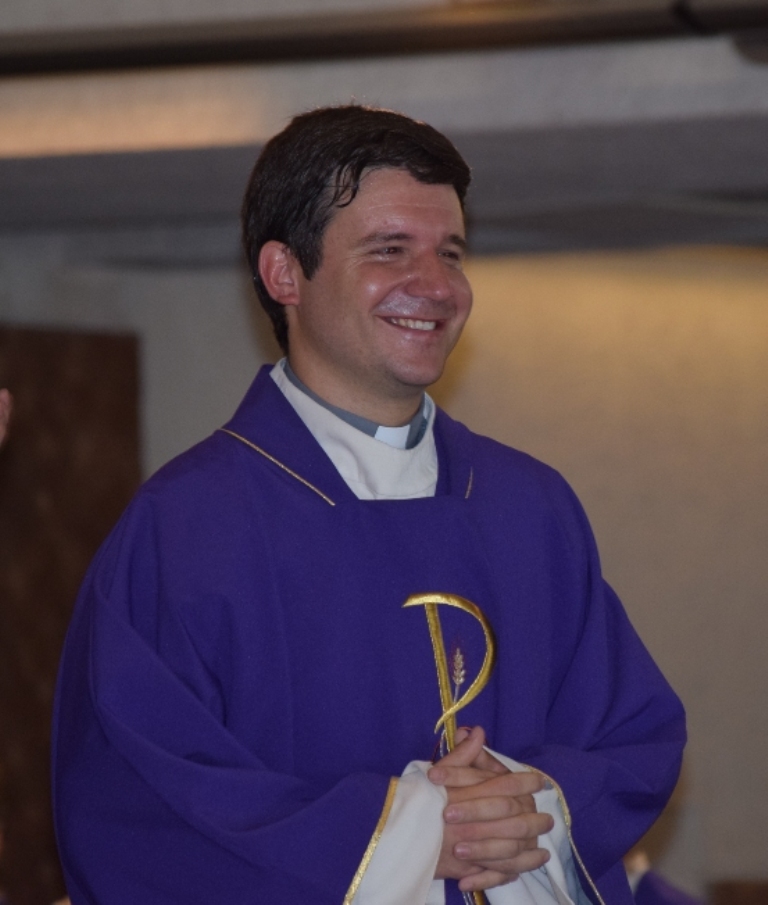 “I always pray for the Schoenstatt Fathers and seminarians, although sometimes I do not know all of them or their names,” one lady commented when at the end she received a holy card with the beautiful image of Fr. Joseph Kentenich’s hands holding the chalice, on the back there was a prayer for vocations that is prayed daily. “I want to thank the Lord Jesus because he called me out of pure mercy. He invites me to trust in him, to follow him. May my heart be a little more like his, sensitive to the smallest ones and also trusting in the Father,” the new deacon, Santiago Ferrero, expressed at the end. He chose “Blessed are the pure in heart, for they will see God” (Mt. 5:8) as his motto.

The celebration continued on Sion’s grounds, twelve blocks away, where many were able to greet Santiago and to share lunch al fresco. In the afternoon, the new deacon imparted the Eucharistic blessing during adoration of the Blessed Sacrament. 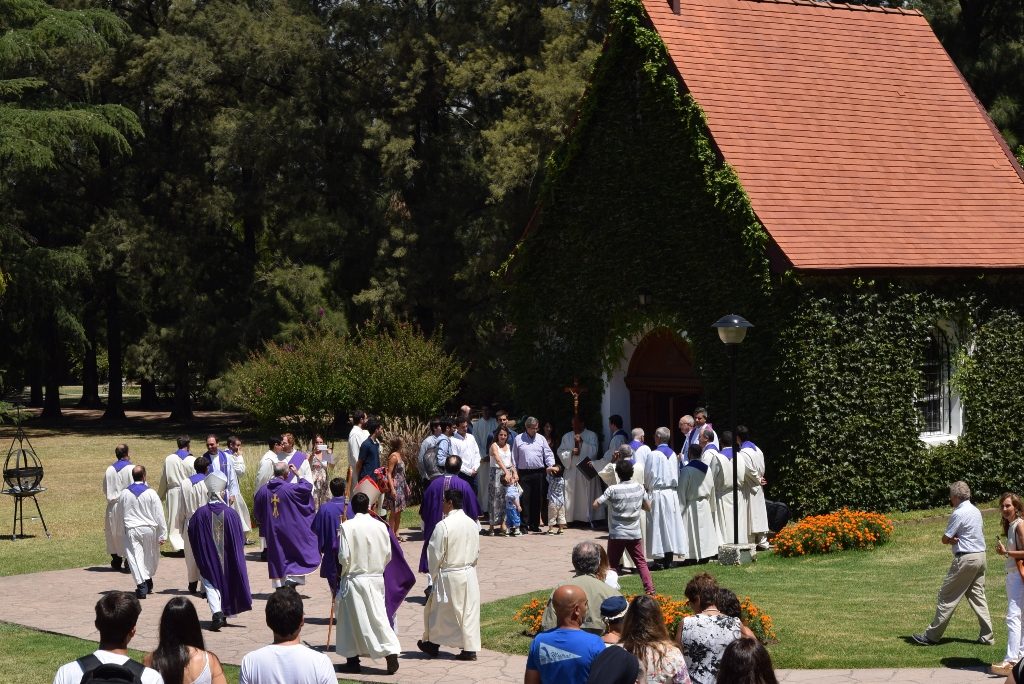 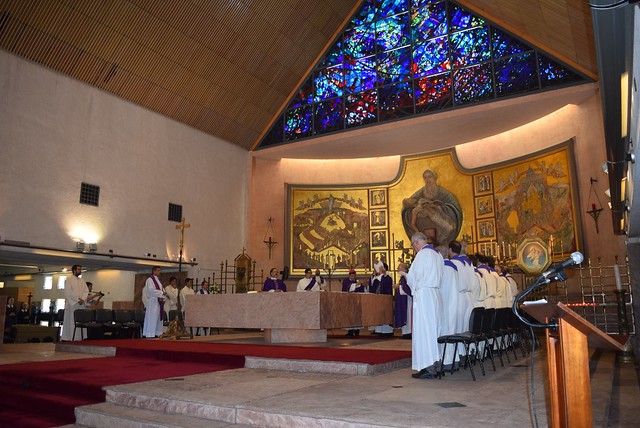