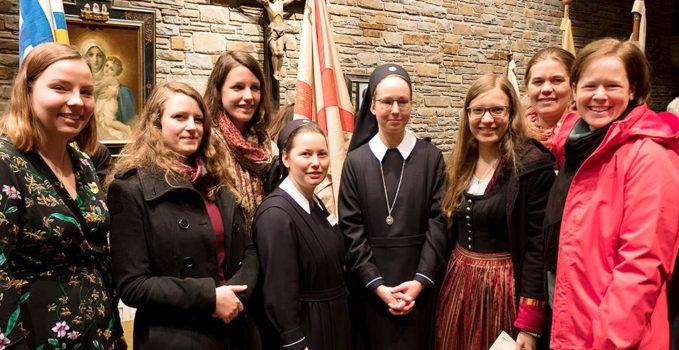 Can you say Mirja? A call of God and one woman’s response

One Austrian was among the five novices receiving the dress at Schoenstatt on March 18, 2018. Maria Mauhart had long since outgrown her role as the “course baby” from the Family Academy. She had been active among the Schoenstatt Youth group, and then she heard God’s call during World Youth Day the summer of 2016. After twenty-five years, another Austrian was committing herself to becoming a Schoenstatt Sister of Mary. A bus full of well-wishers from the Austrian Schoenstatt Family arrived for the clothing ceremony.— 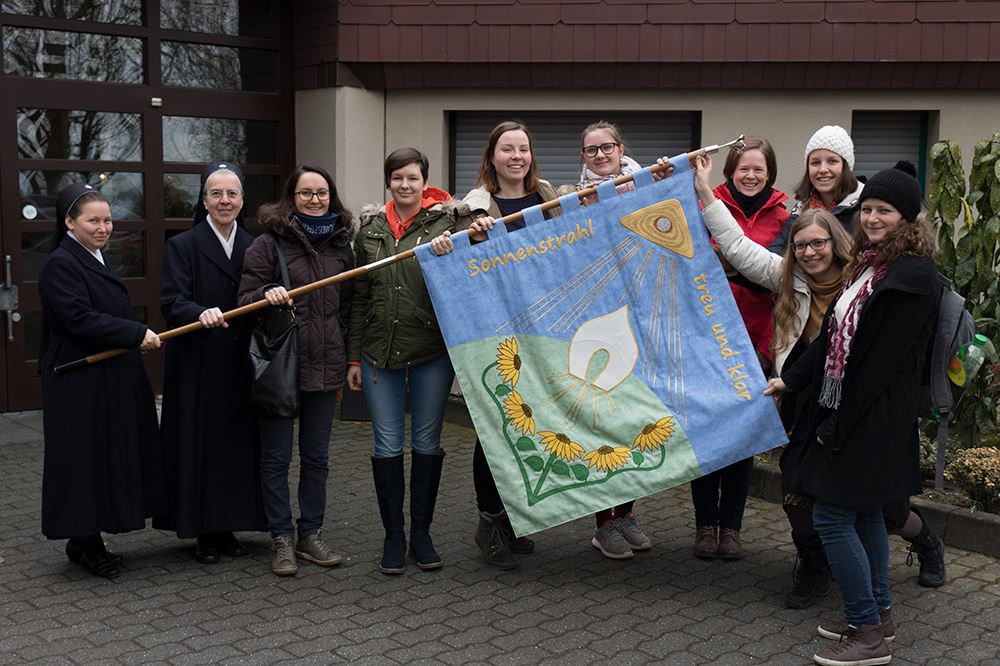 A name that must be repeated numerous times 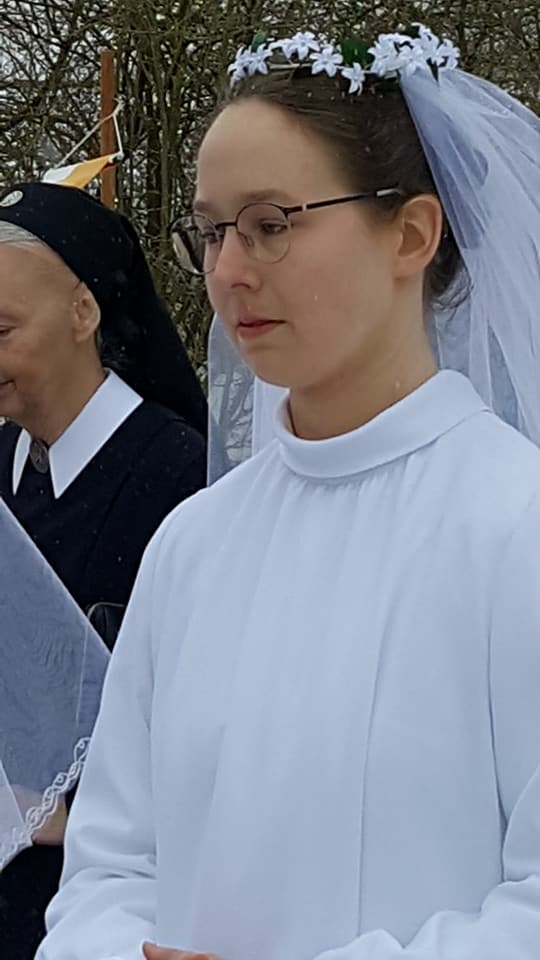 Sister Mirja —we had to repeat this name several times in order to remember it. It sounded a little like Maria had changed her maiden name, but at least it has the same meaning. Maria, now a novice of the Schoenstatt Sisters of Mary and so like each of them, carries a form of the name of Mary that expresses her special relationship with the Blessed Mother. In addition to the new name, Sr. Mirja now also wears a dark blue tunic, belt, veil, and medal—the signs of the Marian mission, purity, virginal love, as well as solidarity with Jesus and Mary.

We know all this, because we traveled to Schoenstatt for the clothing ceremony. We gladly took on a ten hour drive for such a rare and special occasion for which we received a little bit of insight into the life of the Sisters of Mary and into Maria`s  present life. On the way from Upper Austria to Schoenstatt, we discussed the topic of vocation. “Someone could be so courageous, pious or adventurous, none of which is a reason to become a Sister of Mary,” explained Fr. Felix Straessle on the bus. One thing is crucial however: the vocation, the call of God. In turn participants, friends, relatives of Maria, Family members, and girls, also added to the topic. They told how cheerful, humble, and steady they knew Maria to be and how they wished for her to be happy on the extraordinary path she is taking.

The question of vocation came up at World Youth Day

There was a vigil celebration on the eve of the clothing ceremony in which we also experienced the life stories and cultures of Maria`s course sisters. Like us, representatives of the Schoenstatt families from their respective countries were gathered and brought songs and pictures from home. The most impressive moment was when we heard the testimonies of the novices themselves, even though other sisters lent their voices to them. “I’m curious to see where God will lead me,” we heard Maria say. She had raised the question of her vocation when she traveled to Krakow for World Youth Day. There she experienced some young Polish sisters. She spent the days after Christmas 2017 with candidates in “Maria Rast” and realized where God wanted her.

At the clothing ceremony on Sunday, it was snowing. A participant from our group said it was a sign of purity in nature. The novices also came into the church in white dresses, before they received their new dresses. And then their names were called. We heard Sister Mirja called – and still have to repeat it several times. 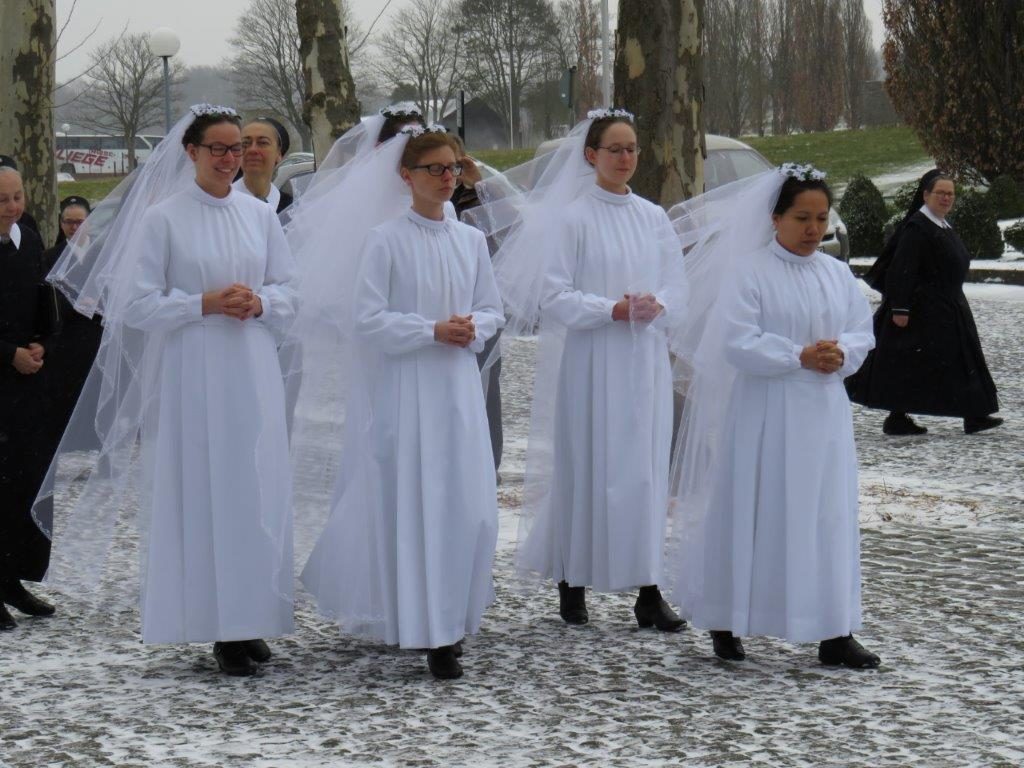 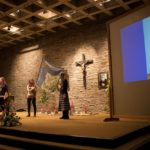 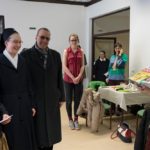 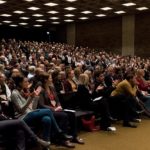 More information about the Schoenstatt Sisters of Mary is available at their homepage: www.s-ms.org 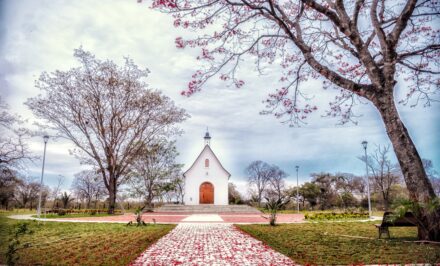 “Santa Cruz is born in September and it is our shrine” 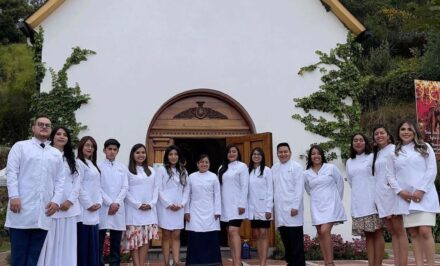 They offered their profession to Jesus in the shrine