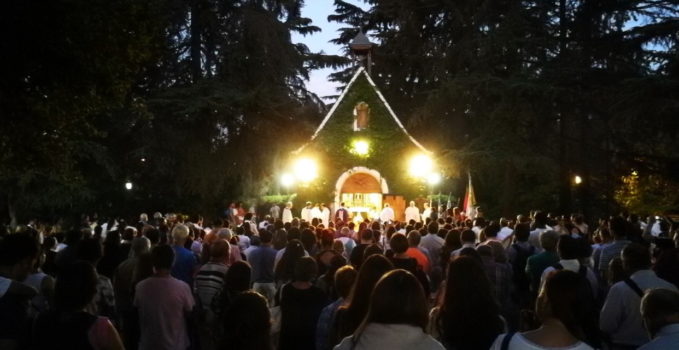 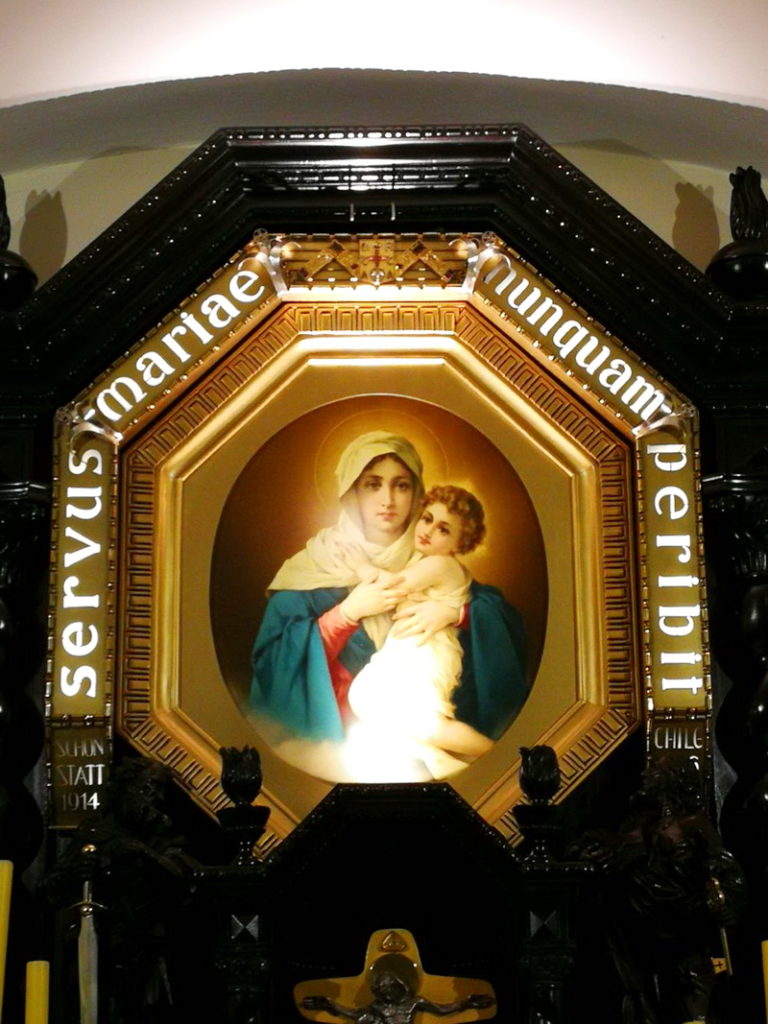 On 18 January, we had every reason to celebrate. Pope Francis had finished his visit to Chile. He crowned the Virgen de Carmen ( Our Lady of Carmel), patroness of Chile, three times, and it was Covenant Day. The pontiff celebrated his third Mass in the northern part of the country in Iquique, where he crowned the Virgin of Tirana, la “Chinita” as she is affectionately called. Moments later, a thief stole the crown of the Cenacle Shrine of Bellavista.

How difficult it is to be the bearer of sad news. Bad news is overcome, but giving sad news is a load for the one who bears it and for those who receive it. So today, I had to inform my closest collaborators that three people violently entered and stole the Cenacle Shrine crown, the one that Fr. Kentenich placed on 5 June 1949.

The news spread quickly among the Schoenstatt Family, and I decided to go the Covenant Mass to pray about this sad crime and to accompany the Blessed Mother on this day that had begun so beautifully.

Although it is January, the majority of the people are on vacation, and it is a weekday; the missionaries’ church was full. Everyone had heard the sad news. At the entrance of the Shrine, I was sorry to see police officers taking notes and photographs of the place. There were also some reporters who were covering this story. 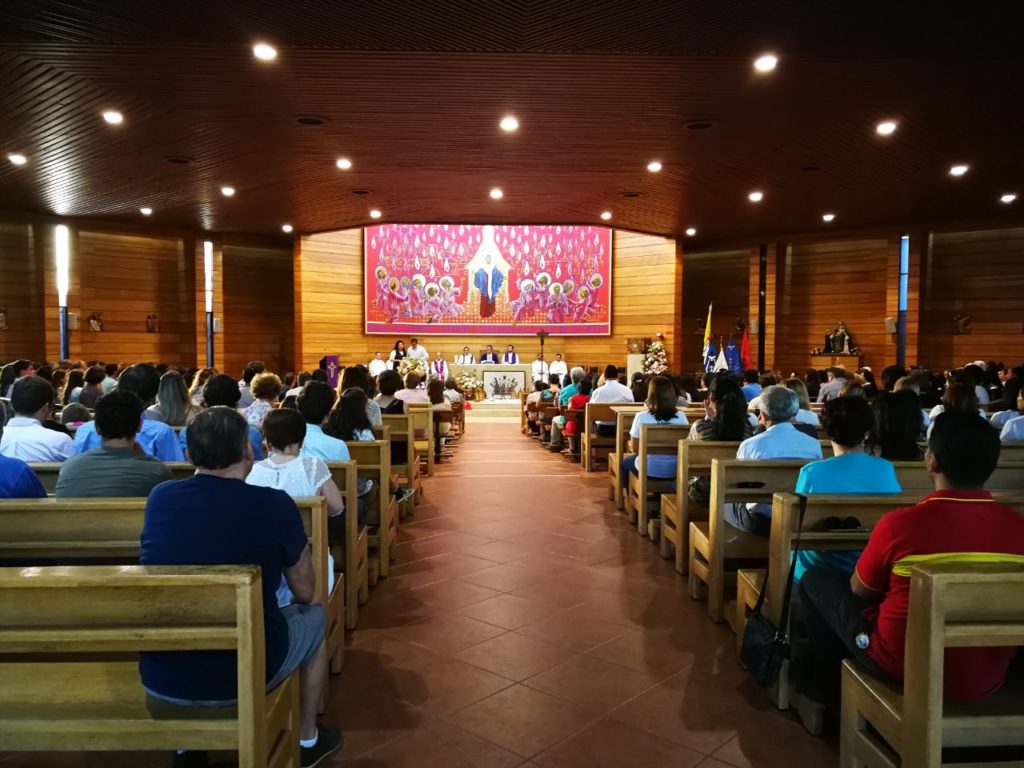 Fr. Fernando Adriazola gave the homily. He spoke on behalf of everyone when he referred to the tremendous sorrow of this experience just as we had finished such a large celebration like the Pope’s visit after 30 years.

However he also made an important comment; he not only lamented the loss, but he also made us reflect on this situation. During the three massive Masses that the Pope celebrated during his stay, he crowned the Virgen de Carmen three times. “On this 18 January, the Pope crowned the Virgin in Lobitos (an esplanade of the Arturo Prat Univerity in Iquique, in northern Chile). Shortly afterwards, the Blessed Mother ‘lost her crown.’ Our holy place was violated. Our Shrine was desecrated. I think that it is time for us to ask ourselves what is lacking, what is it asking of this Cenacle land of Bellavista? We should crown the Blessed Mother again.  If we lost her crown, it seems that the Blessed Mother is asking us to conquer it again. Now we have this challenge.” 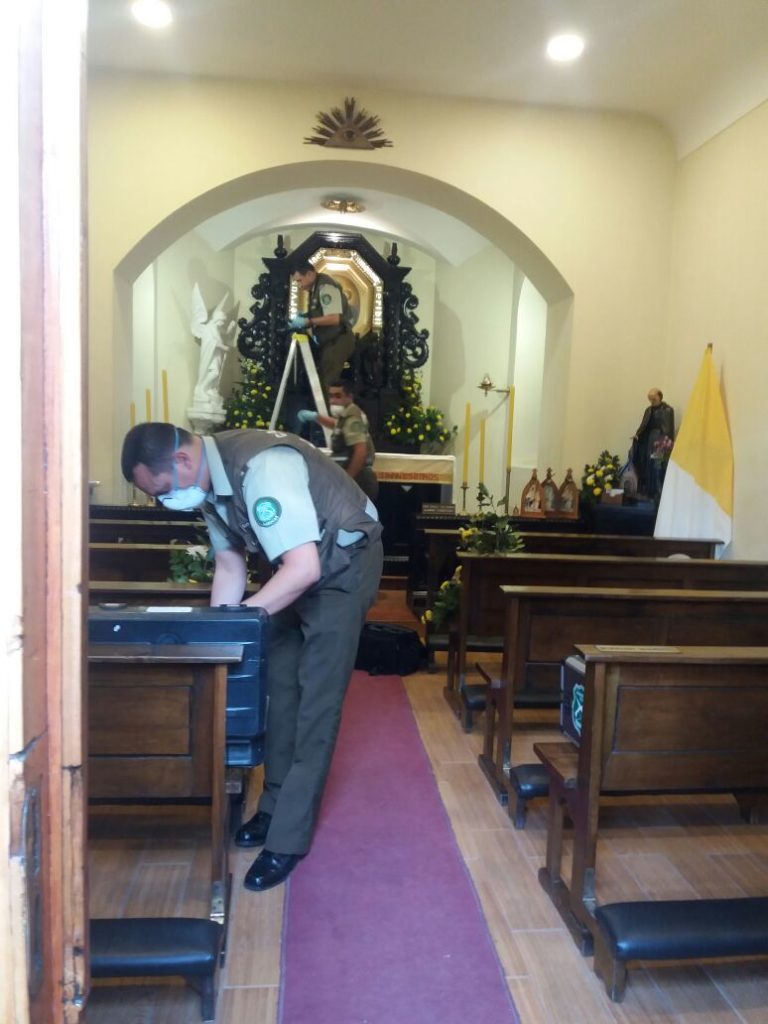 Sr. María Ignacia was present when the assault occurred. She said that they were changing shifts in the Shrine, and she was there with two other sisters. Three men tied the guard’s hands, they took their cell phones and radios, and they came in an car. The Cenacle Shrine is located in a large park. The Shrine is several meters from the gate. They entered the Shrine, closed the doors, and threatened the sisters with knives. Sr. María Ignacia asked why they had come, and one of them went directly to take the crown from the picture, jumping on the altar. He tried to remove the lilies that border the frame and St. Michael’s sword, but he could not do it. They escaped after this.

This brought up bitter memories for us. This is not the first time that something similar has happened. In 1969 the Shrine was profaned; that time it was serious. The hosts were thrown everywhere. This time, Sr. María said that the Blessed Sacrament was exposed, they were in adoration, but the man went directly for the crown. Moreover she clarified that it was not like that time. “This time, I even felt that the Blessed Mother protected her Son. She preferred that they take her crown than for her Son be hurt.”  Sister is grateful that they did not hurt them and nothing worse happened.

After the Mass, we approached the Shrine to consecrate ourselves. Fr. Fernando asked us to approach the Shrine, and for each person to bless it. We should accompany the Blessed Mother during these difficult moments, and each one of the more than 300 faithful who attended Mass placed their hands on the walls and surfaces.

Father Fernando gave us several tasks: to pray for this theft, to pray for those responsible, and to offer a great deal toward the capital of grace.

We ask you to pray for the Cenacle Shrine of Bellavista that needs it greatly: that the news be made known as far as possible, and above all, that many contributions are offered for the capital of grace. 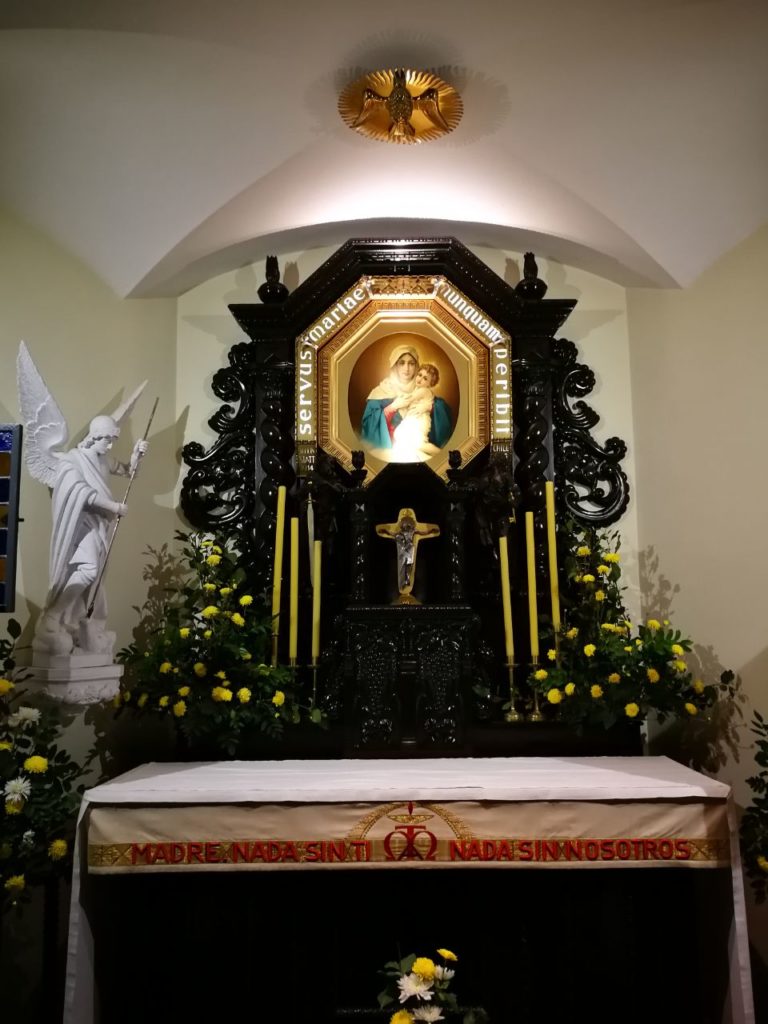