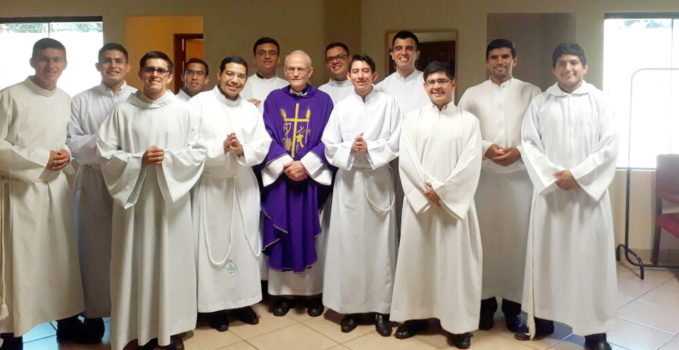 Conquering diocesan hearts for the Queen

On Sunday, 3 December 2017 there was a historic event in the Shrine of Tupãrenda, the first covenant of love of diocesan seminarians in Paraguay.

Marcos Bogado had participated in the Catholic University Missions, and then in the Boys’ Youth. This year he entered the Seminary for the Archdiocese of Asunción, and there the Blessed Mother used him to touch many hearts… 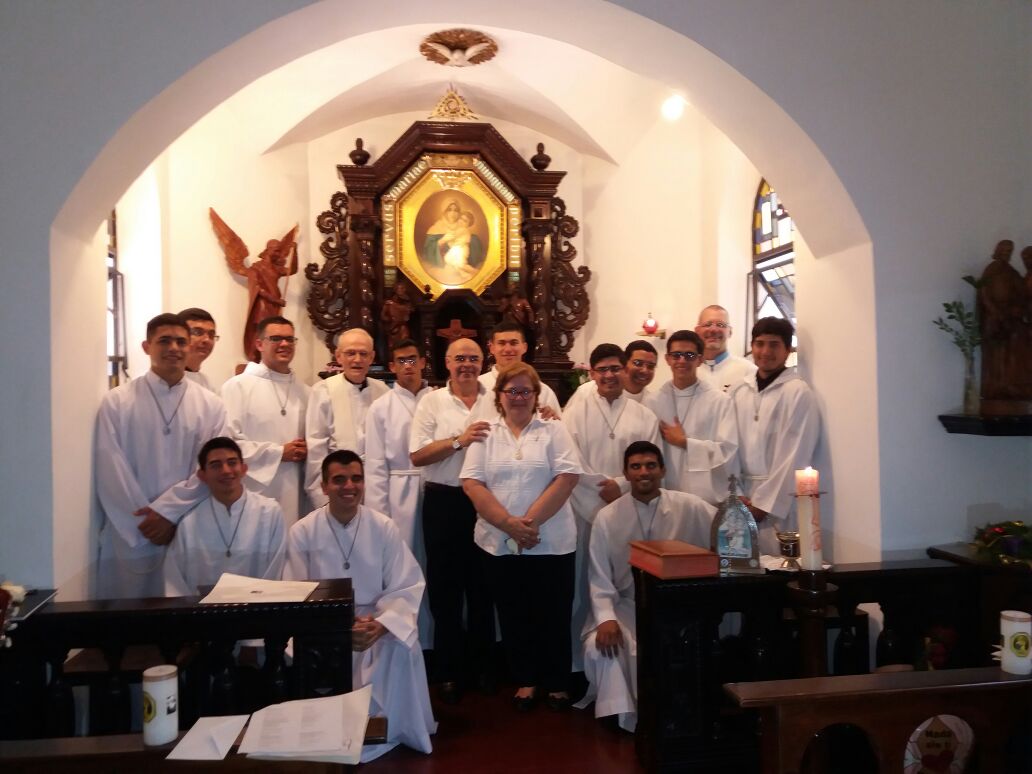 This process developed at the beginning of the year in the “San José” National Major Seminary, with headquarters in Caacupé, when the Blessed Mother began to conquer hearts in a very special and quiet manner.

In May something strange happened. The person in charge of studies that month decided to place the Blessed Mother in the classroom, and it was more than clear that she wanted to be our Mother and educator on this road to the covenant of love. It was a sign for us and starting from there we began to place this intention in prayer, allowing Divine Providence to work.

When we thought it was the right time we decided to write a note to the Director of the Seminary, asking permission to begin the workshop for the of love with our beloved MTA. The Director accepted without any problem and he suggested that we organize ourselves well before extending the invitation to our companions.

The preparation workshop accompanied by Schoenstatters

At the same time we contacted the Schoenstatt Fathers who showed us about how to begin the workshop. Fr. Antonio Cosp placed us in contact with the Sigastto couple so they could accompany us in this process.

When we had everything very well organized several problems emerged and we could not extend the invitation on the set date. It was on 13 October, the day of the Virgin Mary’s last apparition in Fatima, that we made an extensive invitation to our companions at the Seminary after crowning Mary as Queen of our vocations.

On Sunday, 15 October, the meetings began in front of the Seminarian chapel, and 21 seminarians from different dioceses attended. Over time the number declined to 12 seminarians from the following dioceses: Santísima Asunción, San Lorenzo, Villarrica del Espíritu Santo, Caacupé and Concepción. 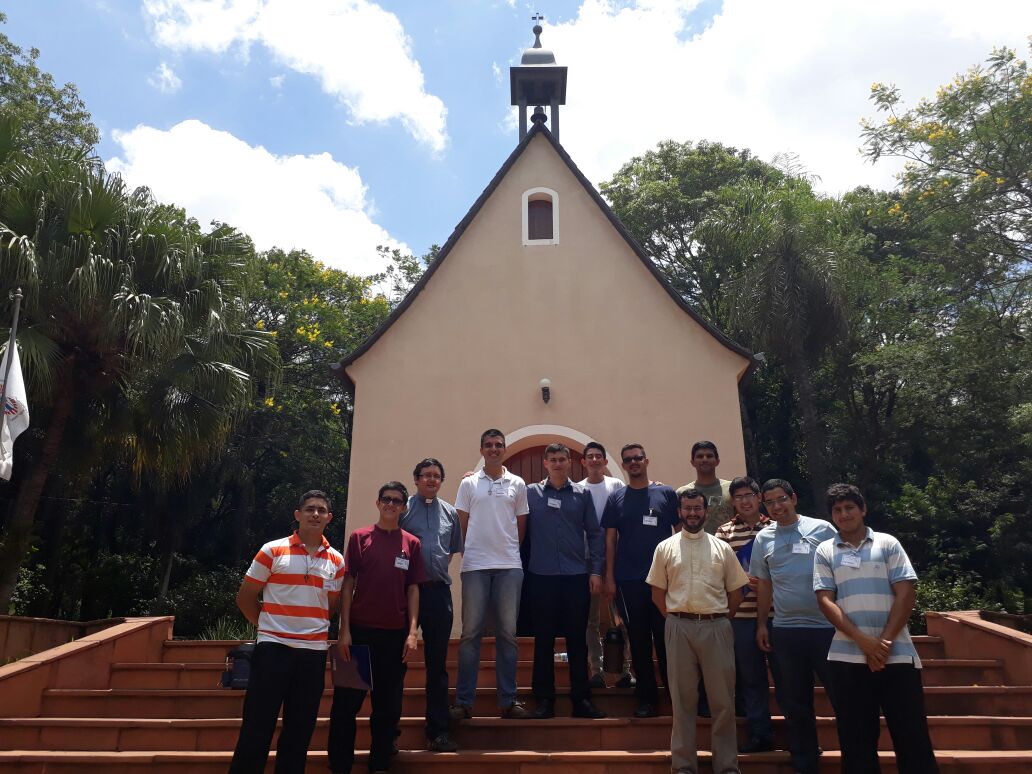 Three days in Tupãrenda: It is good to be here!

It is good to mention that each one went through different tests throughout all this time, which served to make us mature in our faith, and to place our trust in God and in our beloved MTA.

On 1 December, after reading our yearly reports, we went on retreat to Tupãrenda and experienced Mary’s glories saying:  It is good to be here! It is our favorite place!

Those three days of retreat served to present our vocation to the Most Holy Virgin Mary and to say like the Schoenstatt sodalists: “Under Mary’s protection we want to learn to educate ourselves to be firm, free and priestly personalities”.

The moment of the consecration was very touching when we expressed our desire to seal the covenant of love with our Mother, Thrice Admirable, Queen and Victress of Schoenstat

Moreover we have committed ourselves to live like real sons of God, and to reflect Christ’s love for his Church, faithful to the graces received on the day of our baptismal covenant. We asked our Queen to teach us and to educate our mind, will and heart so that we can become holy and joyful priests.

We are very grateful to all the people who have contributed their grain of sand to make this possible. Moreover we ask you to keep us in your prayers so that together we can begin this great work and finish it in unity. 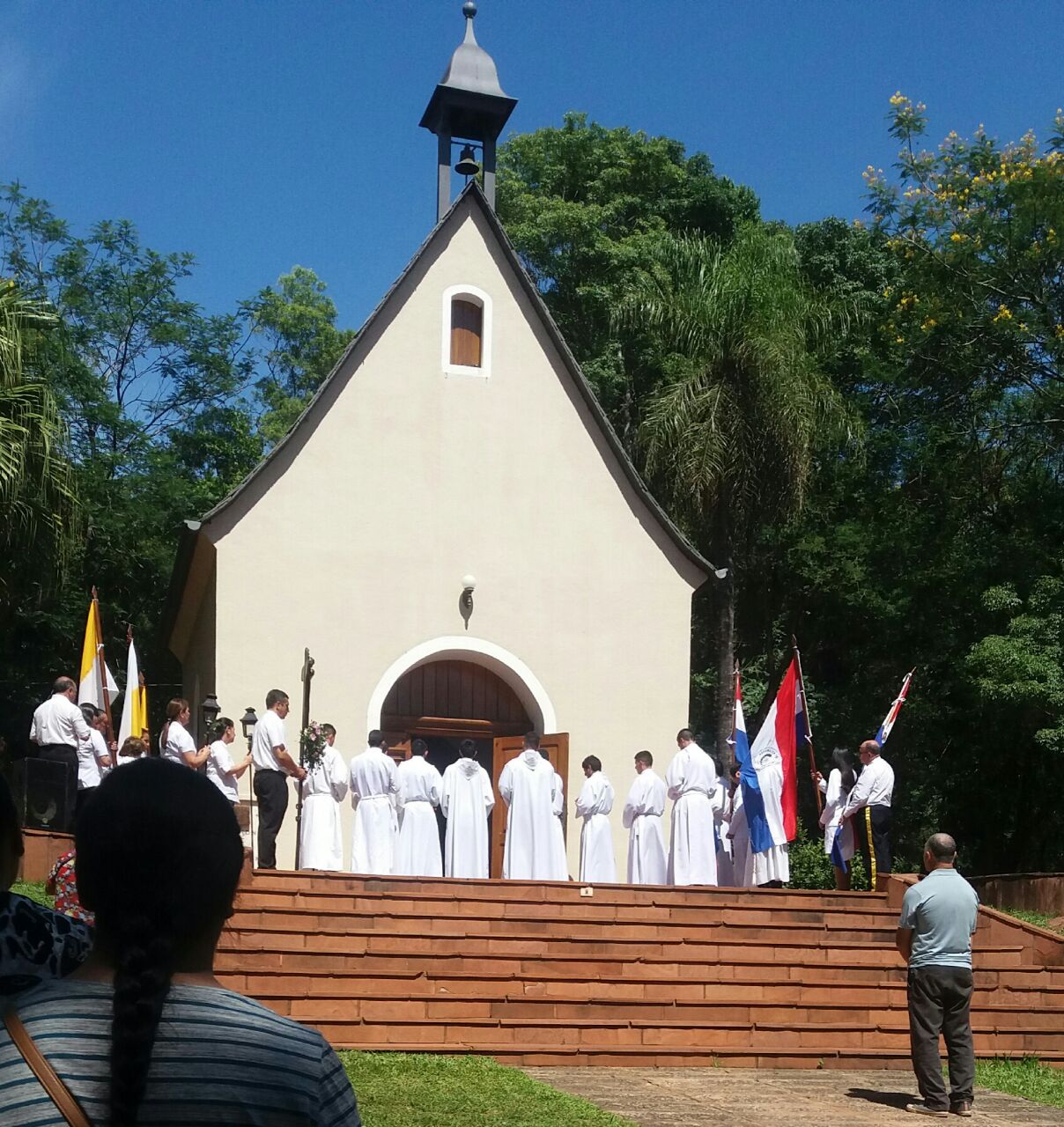