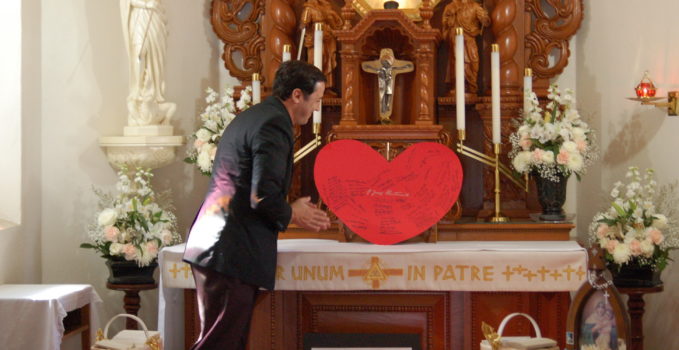 October 18: Celebrating one heart with the Father in the Texas hill country

The Texas Family’s October Day Celebration was held at Cor Unum in Patre Shrine, Mount Schoenstatt, Archdiocese of San Antonio, TX, USA, on Sunday, October 22.  “Our Heavenly Father provided us with a beautiful sunny day for our family celebration,” someone remarked gratefully. Schoenstatt family and friends from six dioceses came on pilgrimage to visit the Mother Thrice Admirable and celebrate as one family united in the heart of the Father and in the heart of the Father and Founder, Fr. Joseph Kentenich.  The Shrine’s guardians enthusiastically welcomed the pilgrims.  The Schoenstatt Family from the Laredo Diocese arrived by charter bus.  Three Schoenstatt Fathers and seven Schoenstatt Sisters joined the Schoenstatt Family of San Antonio for the day! 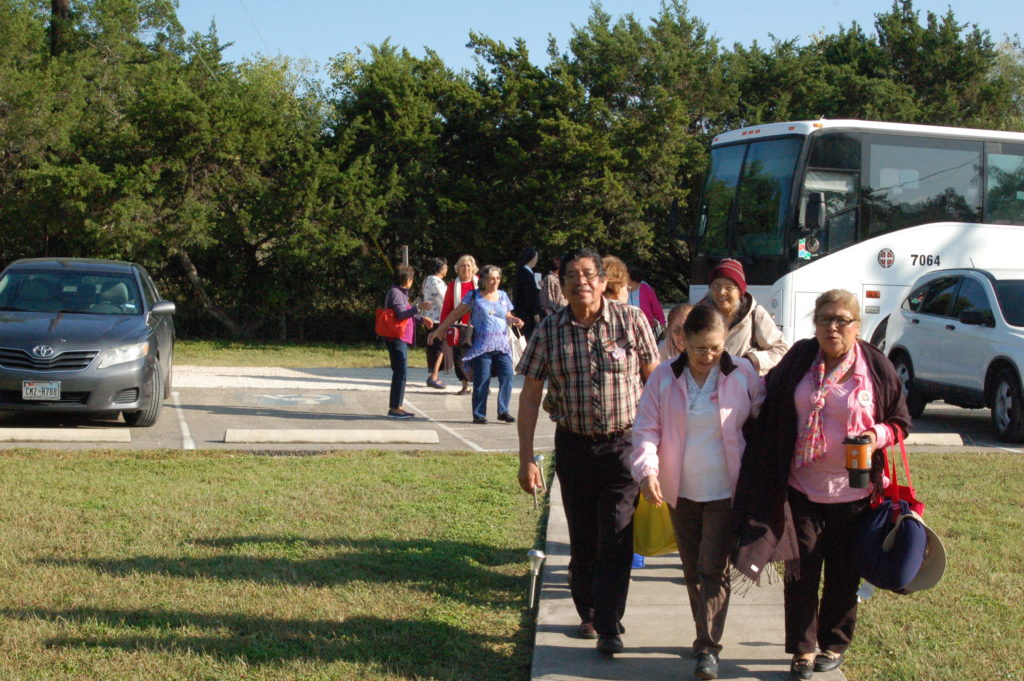 A family day with the Father

The morning program began with a serenade to the Mother and Queen and a truly beautiful opening prayer expressing thanks to our Heavenly Father for a new day to be cor unum in Patre – one heart in his own fatherly and triune heart.  Fr. Patricio Rodriguez, state director, was the main celebrant for the Holy Mass at Cor Unum in Patre Shrine and its forecourt, which is nestled amongst the shady oak trees. Fathers Christian Christensen and Johnson Nellissery were concelebrants in the Mass.

A media presentation by Sr. M. Heidi Infante:  “Impulse for the Father Kentenich Year” was shown in the Community Center.  It emphasized several points referring to Fr. Kentenich´s charism – how we must keep it alive to shape the future of the Church and society – it must become alive in us!  His charism is a gift and a task, it is a mission – it is a mission also meant for us. 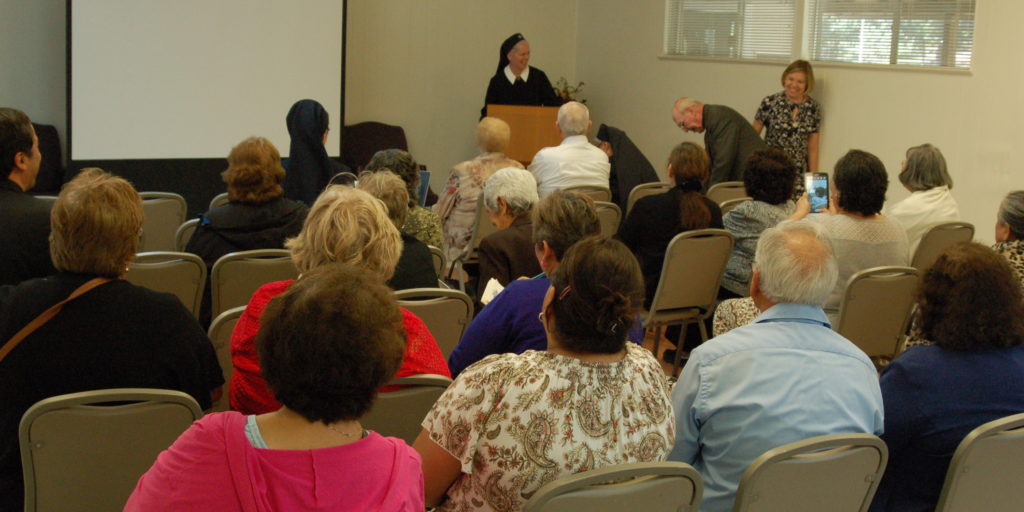 Meeting Father Kentenich in person and in prayer

A Witness Panel was next on the program; Sr. M. Danielle Peters introduced the presenters who shared about their experiences with Fr. Kentenich.  Fr. Christian Christensen shared about his encounter with the Founder and described him, in a profound way, with three words, “a fine man.”  Sr. M. Erlinda Pimo was in Germany when a novice (1966-68) and experienced Fr. Kentenich as someone who had time for everyone and who gave each person he talked to his full attention.  She shared that he received many gifts from his visitors and would share the gifts with others, including herself, and gave the each a chance to choose what they would like to have from the gifts he had received.

Carlos Cantu – well known to all schoenstatt.org readers as faithful translator and author of many articles – shared a very special answered prayer.  Forty-one years earlier, his wife was pregnant for the 5th time; it appeared that something might be wrong and the doctor suggested a therapeutic abortion.  In unison, the Cantus said no!  They turned to Father Kentenich and entrusted the pregnancy to him.  All went well and their only son was born, a healthy baby boy who is now 41 years old.  In gratitude for the answered prayer, the child was named Jose Carlos.  The Cantus are the parents of five daughters and one son; they are expecting their 9th grandchild.  Several of their children also turn to Father Kentenich in prayer.  One daughter also entrusted her pregnancy to Father Kentenich.  In gratitude, she named her child Josef.  So Cantu urged everyone to entrust their needs to Father Kentenich, write them down and make them known, especially in this Father Kentenich Year. It was such a special gift to hear the presenters’ words bring our Founder’s presence so near to us. 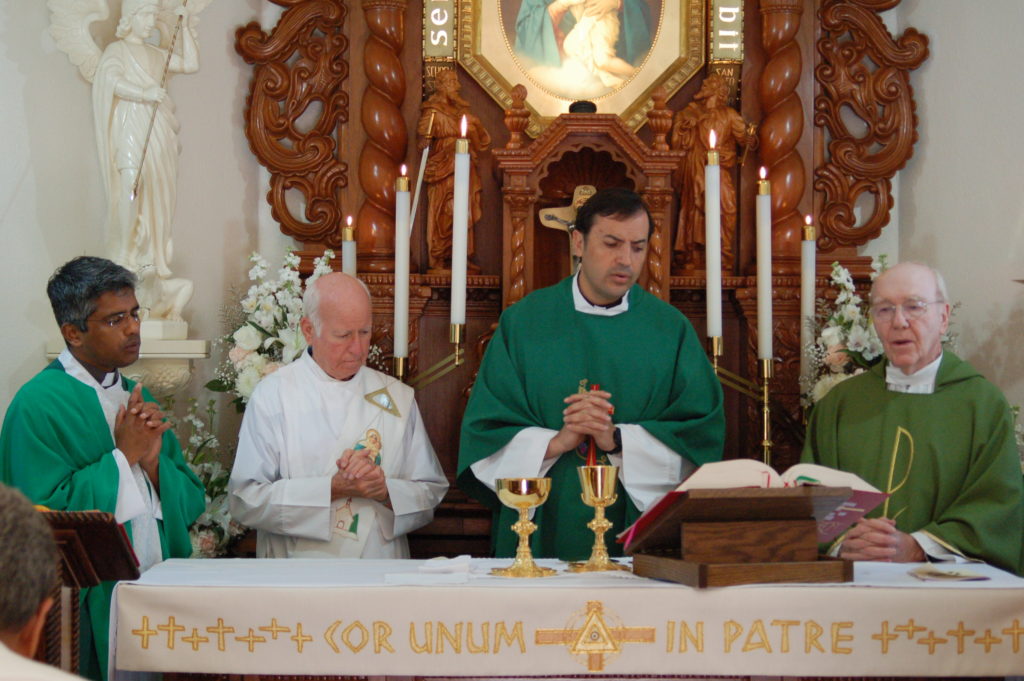 One heart, one Father, one Texas family

The beautiful day ended at the Shrine with a closing prayer and renewal of our pledge:  “Yes, Father, we go with you!”  Together we recited the Prayer for the Father Kentenich Year.  Holding hands in the expansive unity ring around the shrine, we raised our voices to renew our consecration, “My Queen, my Mother…” One by one, we all went up to lovingly sign our name on a red poster board heart that symbolized the heart of our Father and Founder.  Fr. Patricio walked into the shrine with the heart filled with all our names and placed it on the altar.  With this closing act of our celebration, our Texas Schoenstatt Family expressed our gratitude to God for the gift of our Father and Founder — particularly his “fatherhood” – from which stems from  the love we have for him. 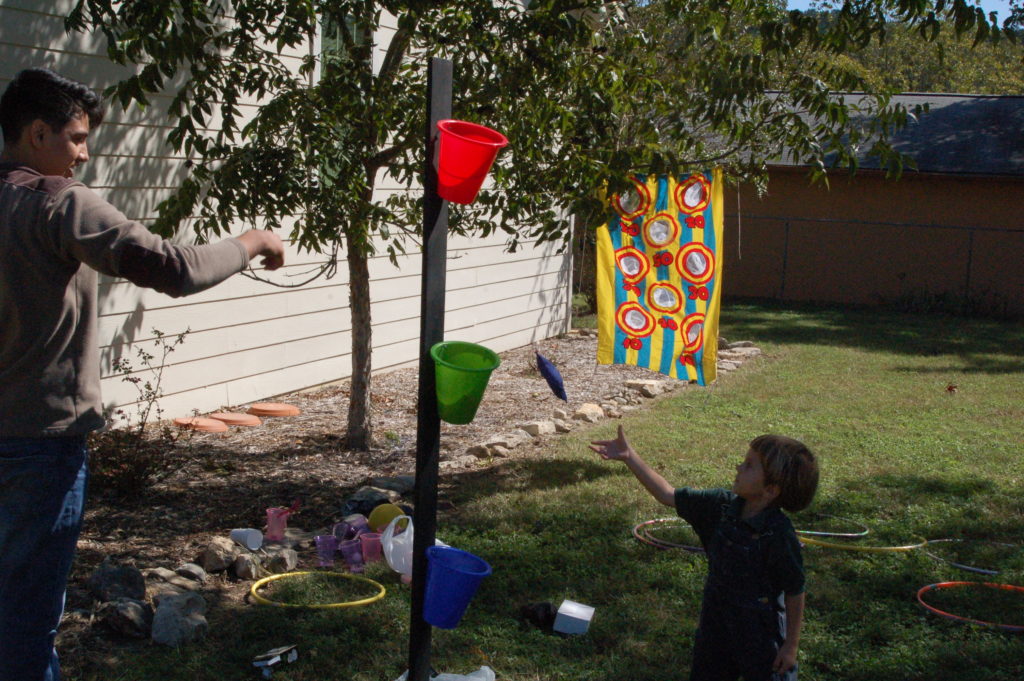