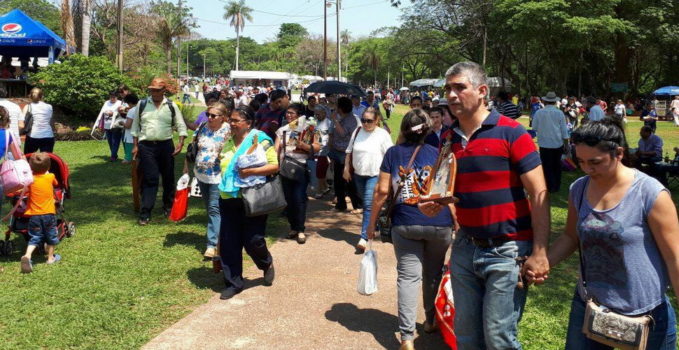 An amazing Covenant Day in Tupãrenda

Yes, it is not easy to get over the amazement! Like over the last few years, we welcomed approximately 40,000 pilgrims. Many of them left the night before to arrive at dawn, so Tupãrenda was filled with voices and joy since early morning. More than 2,000 missionaries, men and women, solemnly renewed their annual commitment and many others came to seal their covenant of love. The day’s four Masses were filled with a shade-seeking multitude. Three Masses were offered from the portico of Holy Mary of the Trinity Church, taking advantage of the large plaza in front of it. This year, the talks explained the secret of Tupãrenda, the three graces of the shrine, and the confessors could not keep up. 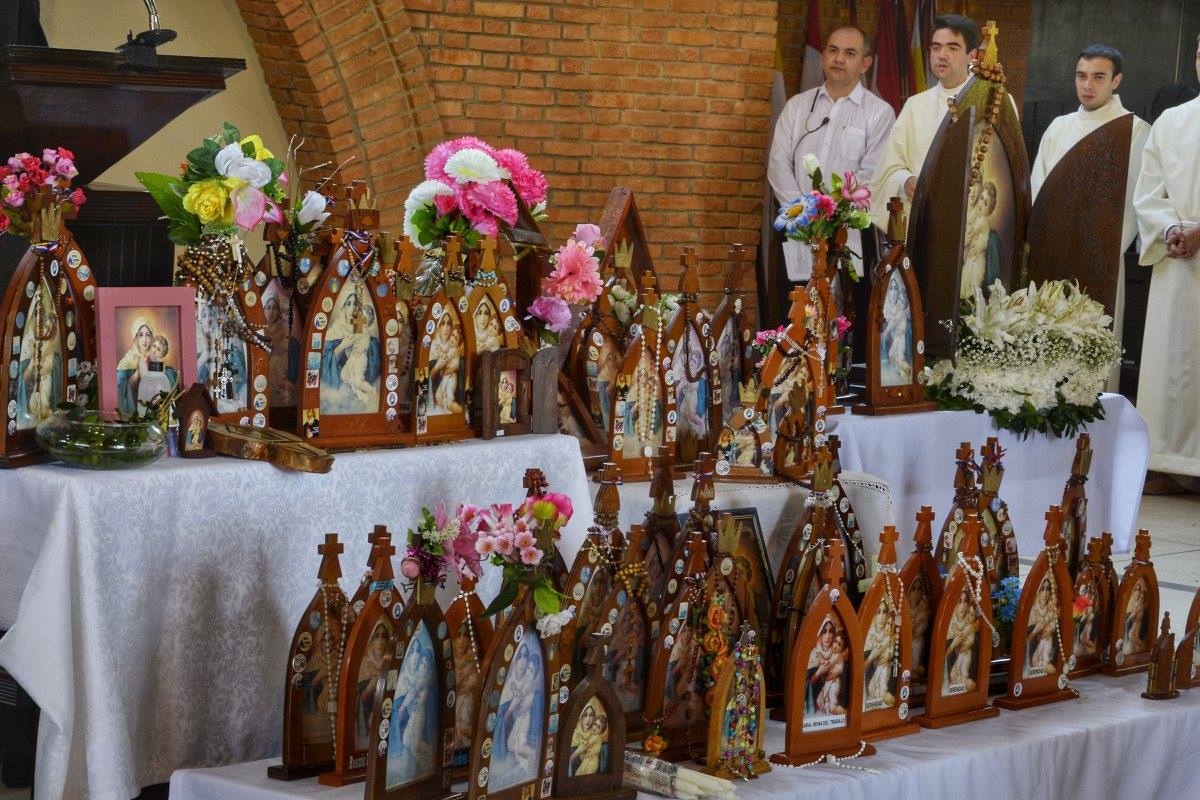 “Yes, I cannot get over my amazement”

At the beginning and the end of every Eucharist, the music and folkloric dances are greatly appreciated in addition to the 400 guardians of the shrine’s welcome; they are always attentive to the pilgrims’ needs. About 1,200 Schoenstatters took turns helping with everything. The October 18 team of 400 people worked for three months in advance to prepare and be well in place.

The media and newspapers provided the event with great coverage. In an interview, they told me that after the December 8 celebration in Caacupé, our celebration had become one with the greatest influence from a shrine.

Yes, I cannot get over my amazement. 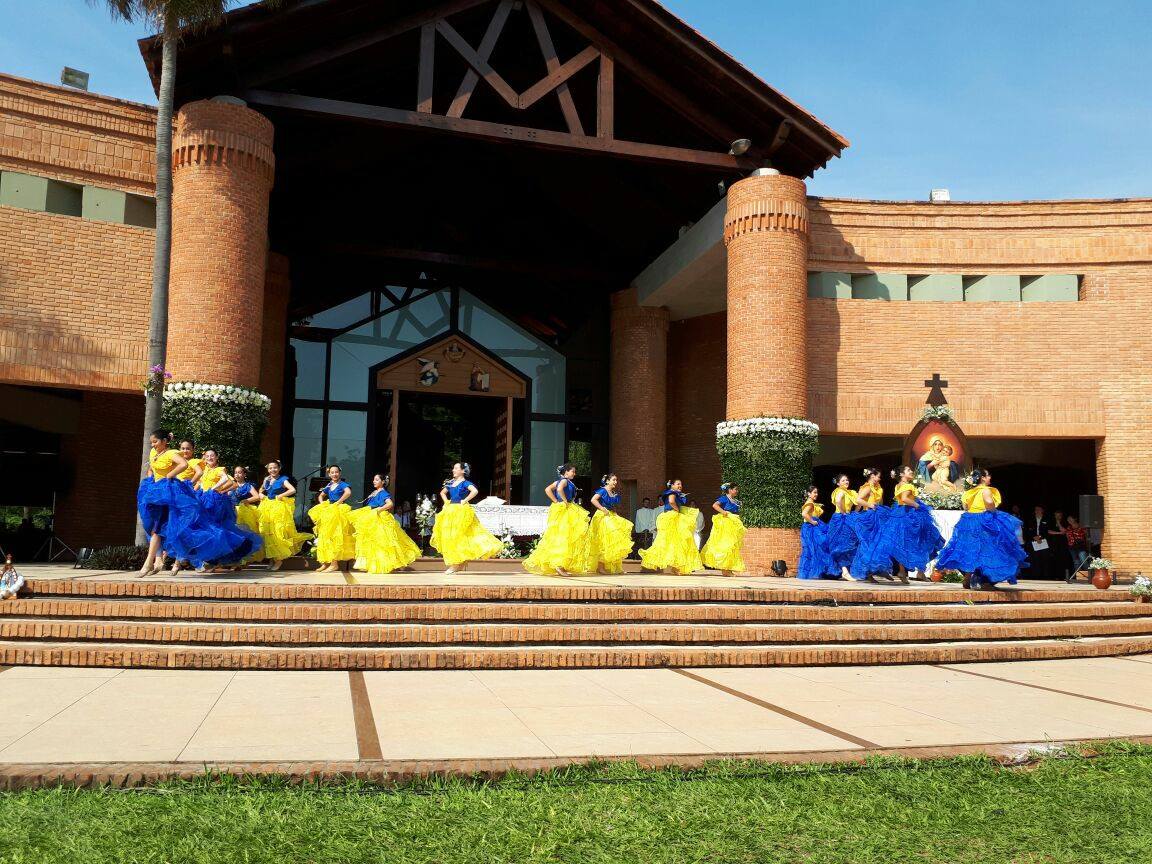 Special moments of October 18 in Tupãrenda

Several testimonies and impressions have already been published from the presence of Mother of Tupãrenda House youths to the visit with Schoenstatt Rosary Campaign missionaries who have faithfully arrived for years. We will share some more moments from this October 18 with information capsules. 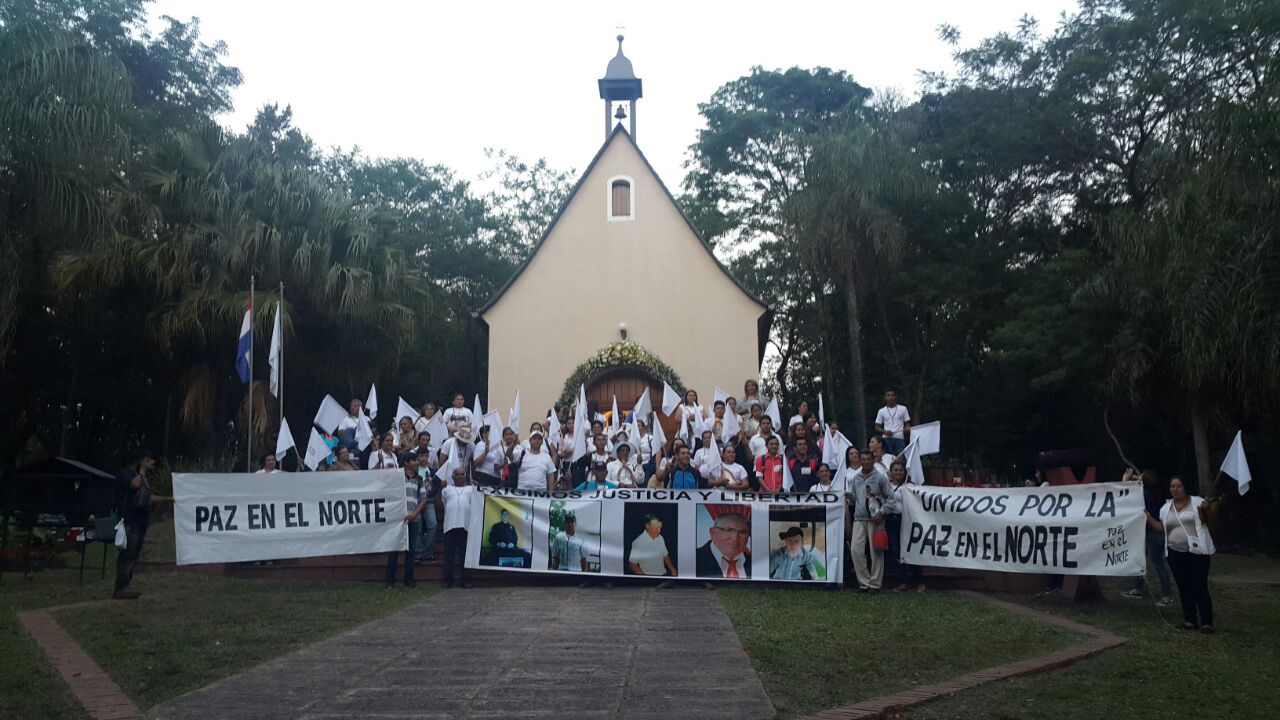 During the first two Eucharistic celebrations, they prayed for peace in the northern regions of the country. The faithful from that area arrived at the Schoenstatt Shrine to participate in the 11:30 Mass. They left their petition for peace and the release of those kidnapped by the self-proclaimed Army of the Paraguayan People (EPP Spanish acronym)

The colorful celebration gathered hundreds of the faithful who arrived with pictures and little flags of the Blessed Mother. These were waved during the procession where the Blessed Mother was taken up to the main altar.

A group of dancers dressed in the colors of the shrine danced happily before the Eucharistic celebration, which the Bishop of Encarnación, Francisco Pistilli, celebrated. The prelate prayed for peace in the northern area, while the faithful prayed that the petition for the release of those kidnapped by EPP be included during the liturgy. “Let us pray for the northern regions of the country,” he said.

Bishop Pistilli said that Mary asks us to open our hearts to her and for us to give her our good deeds.

“Nothing without Mary, who is the most powerful, but we have to collaborate with her,” he affirmed.

He reminded his listeners that the Blessed Mother offers three graces: shelter, transformation and service. “When I find a home I feel sheltered, this transforms me, and it sends me to share the message with others,” assuring that to some extent we are all missionaries, although we do not take the picture of the Blessed Mother with us. 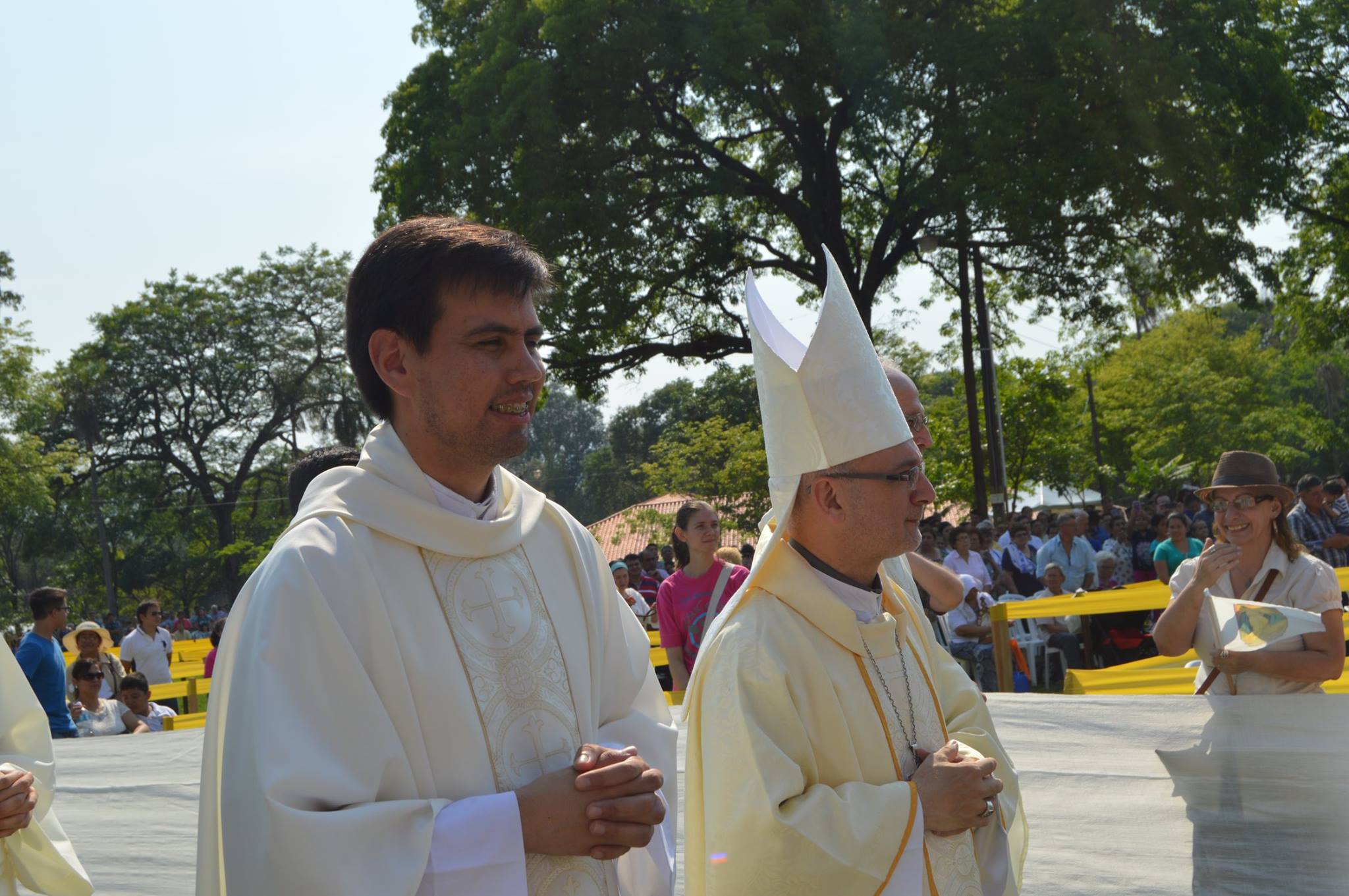 Very early in the morning, the Dequeni team departed by bus for Tupãrenda. “We want to participate in the Blessed Mother’s celebration as sign of her work,” Andrez Ortigoza commented.

A Schoenstatt delegation from Villa 31 in Buenos Aires went on pilgrimage to Tupãrenda in thanksgiving for the first Pilgrim Mother in Villa 31, which came from Tupãrenda. Now in Villa 31, there a large number of people devoted to the Blessed Mother; they are preparing to build a wayside shrine someday.

Three elderly women who belong to Schoenstatt in Germany, and were traveling through South America, participated on October 18 in Tupãrenda, and as is customary in this country that is very hospitable, they were greeted at the beginning of the Mass where they participated and received everyone’s applause. 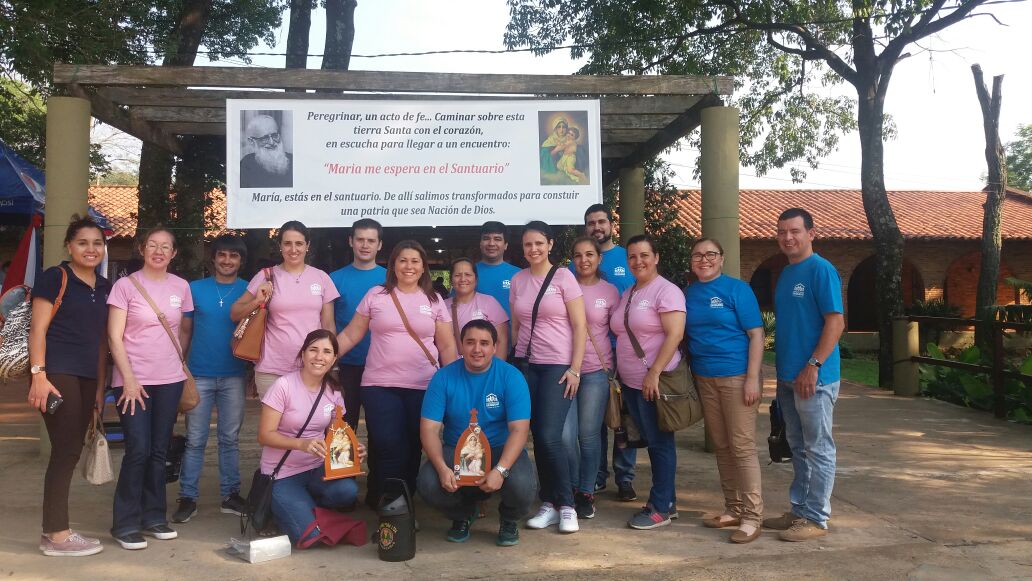 The Pope’s visit resounded in Tupãrenda

There were four Masses on October 18: the first one for labor was at 9:00 am; the 11:30 Mass was for the youth; the 4:00 Mass was for health, and the 8:00 Mass was for the family. Although the first three Masses were well attended, the last celebration was the largest, since people not only filled both parking lots, but also arrived in pilgrimage from chapels and parishes.

Every October 18, Schoenstatt devotees celebrate Covenant Day with a pilgrimage to the shrine. This year they are also preparing to commemorate the 50th Anniversary of the Father and Founder, Joseph Kentenich’s death. Thus this year’s motto is: “Father’s children, building family.”

“We will take this motto for two years. We want to emphasis the first part. 15 September 2018 will be the anniversary of Fr. Kentenich’s death. We want to strengthen the Father and Founder’s pedagogy and charism,” Horacio Chávez, one of the coordinators of the organization for the celebration, pointed out. Chávez could not forget that Pope Francis’ visit in 2015 encouraged many people to serve the Church and to have more faith.

“Those of us who had the opportunity to be in Tupãrenda returned to our homes imbued with peace and love that we greatly need!” commented Claudio Ramón Pereira. 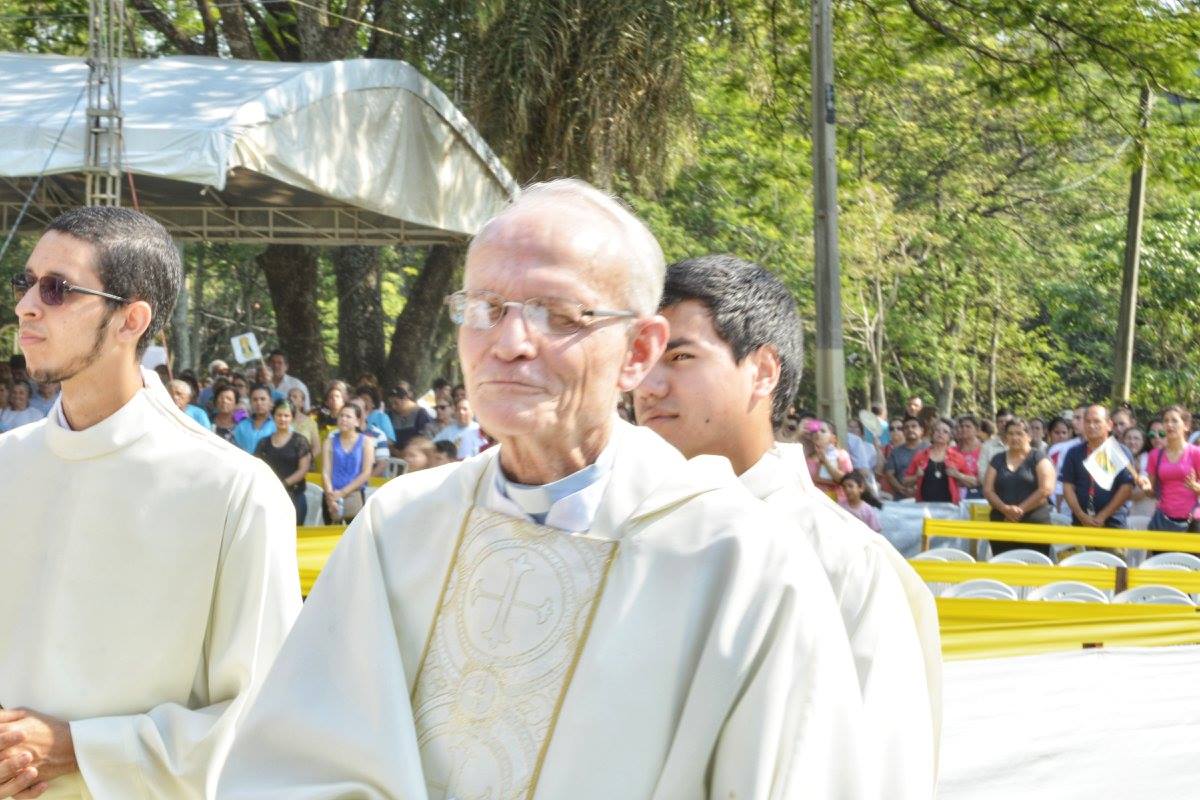 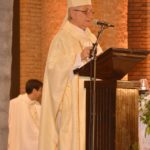 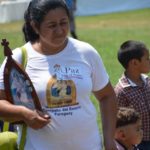 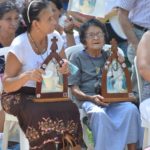 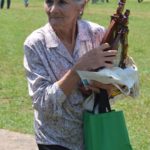 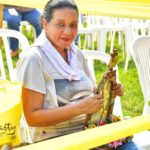 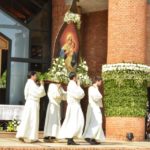 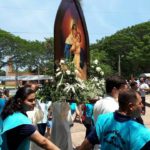 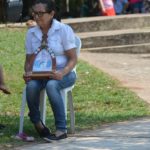 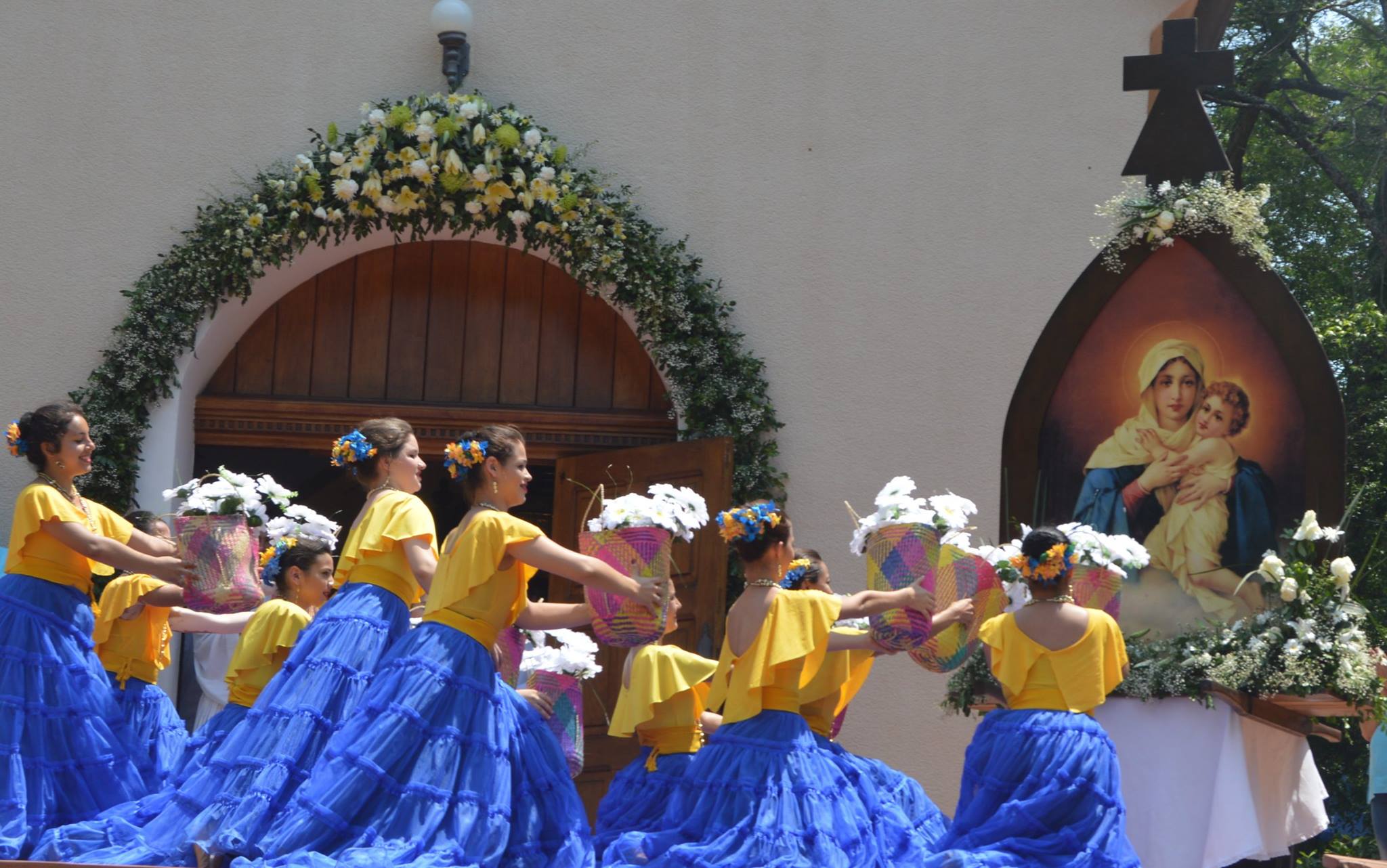