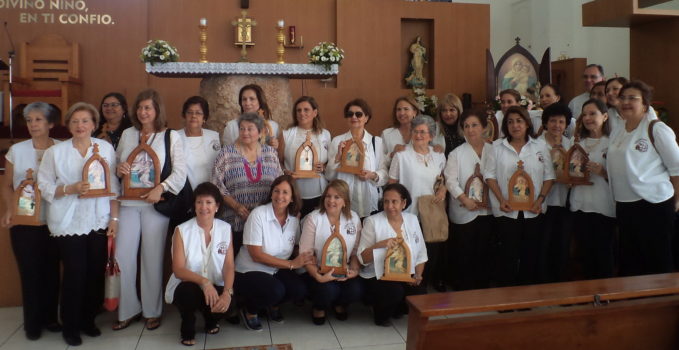 Fr. José Luis Correa’s intense and fruitful visit to El Salvador just concluded; it is Bishop Oscar Romero’s country, the “bishop of the poor,” who was assassinated in 1980, beatified in 2015. “Archbishop Romero, who built peace with the power of love, bore witness to the faith with his life, totally committed to the extreme,” Pope Francis expressed on the day of his beatification. “In the beautiful land of Central America, bathed by the Pacific Ocean, the Lord granted his Church a zealous bishop who loving God and serving brothers and sisters, became the image of Christ the Good Shepherd.

In difficult times of coexistence, Archbishop Romero knew how to lead, defend and protect his flock, remaining faithful to the Gospel and in communion with the whole Church. His ministry was distinguished by particular attention to the poorest and marginalized. And at the moment of his death, while he celebrated the Holy Sacrifice of love and reconciliation, he received the grace to identify himself fully with the One who gave his life for his sheep.” (Letter of His Holiness Pope Francis to the Archbishop of San Salvador on the occasion of the Beatification of Monsignor ÓSCAR ARNULFO ROMERO GALDÁMEZ Vatican.va, 23 May 2015)

There has been a small Schoenstatt flock for a long time in this beautiful country…a small, loyal and growing flock.

“Schoenstatt is growing in Costa Rica and in the neighboring countries,” Fr. José Luis commented. “I just arrived in El Salvador, where two groups of young couples are beginning, and where Schoenstatt Young Professionals was already founded through Lee Aguiñada and Malena Hernández’ decision. We celebrated Mass in the parish of the Military Diocese and the Bishop, Fabio Reynaldo Colindres Abarca told us; “I love Schoenstatt. I lived in Schoenstatt, Germany for a month during my time as a student in Rome.” 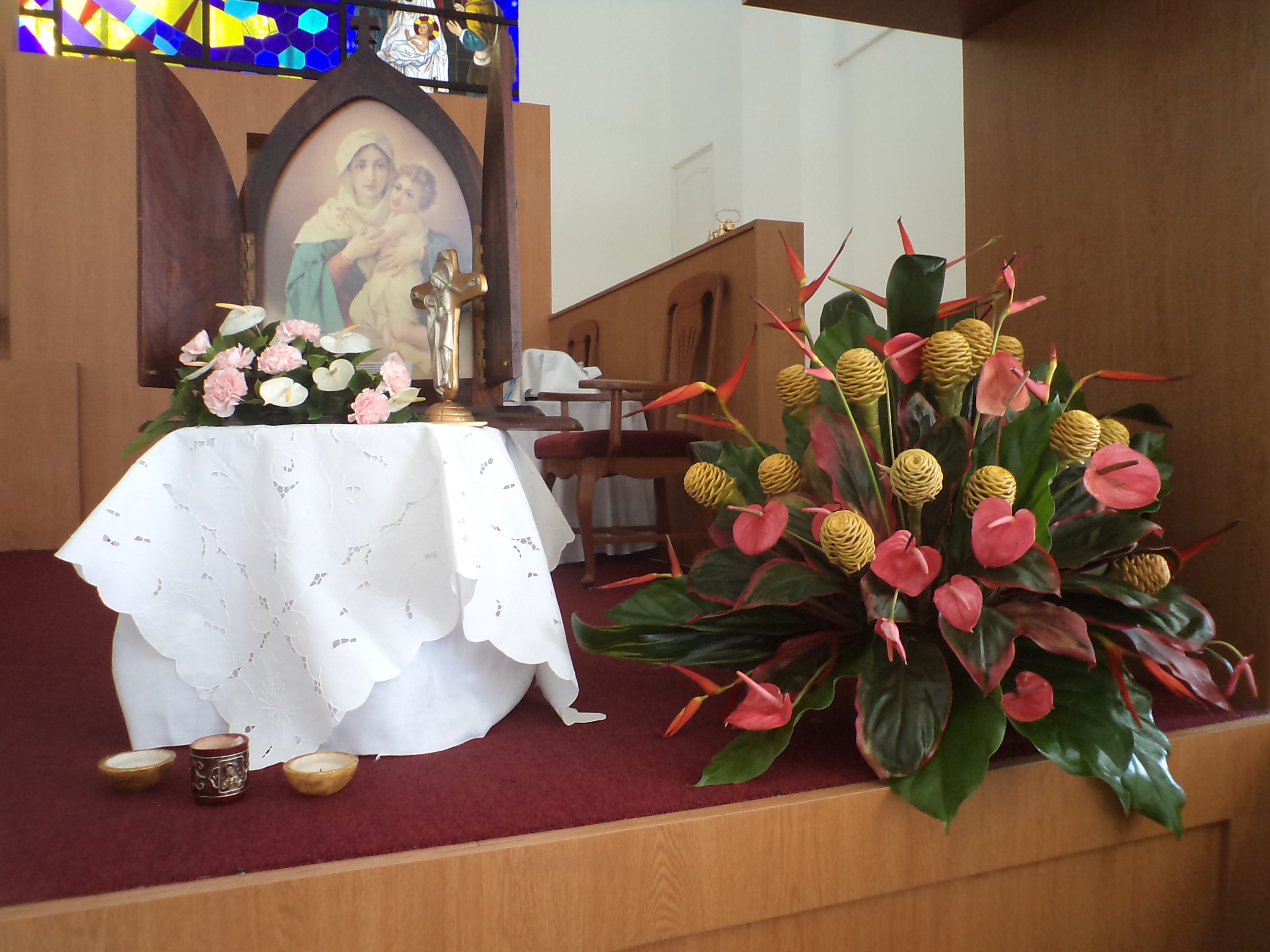 Preparing for the Covenant of Love with Mary

The Schoenstatt Rosary Campaign missionaries had two meetings with Fr. José Luis. On Tuesday, the 22nd, he celebrated Holy Mass in Divine Child Parish, followed by a beautiful talk, “Covenant of Love with Mary.” It was an invitation not to wait so long to prepare. Those who have not made their Covenant will be able to do so during Fr. José Luis’ next visit.

On Thursday, there was another Holy Mass in the same parish when four new Missionaries were commissioned. Since it was Eucharistic Thursday, after reposing the Host, there was Exposition of the Blessed Sacrament. It was a great blessing!

Later we left the parish to go one of the missionaries’ home (very near the parish) where we had a very worthwhile conversation concluding with a delicious brunch.

“We bid him farewell when he departed to the airport, and we pray to Fr. Kentenich and our Blessed Mother that Father will continue to visit us so that Schoenstatt will truly grow in every aspect of our lives for the blessing of our country…that we may have that Covenant Culture,” the missionaries commented.

They are working so that very soon, God willing, they might build one or two wayside shrines.

There are already approximately forty missionaries in San Salvador, and they are organizing another group for the rural areas.

There is also a Ladies’ Branch (they are the pioneers), who with the help of the Campaign missionaries, are doing beautiful work with the children in the rural areas. 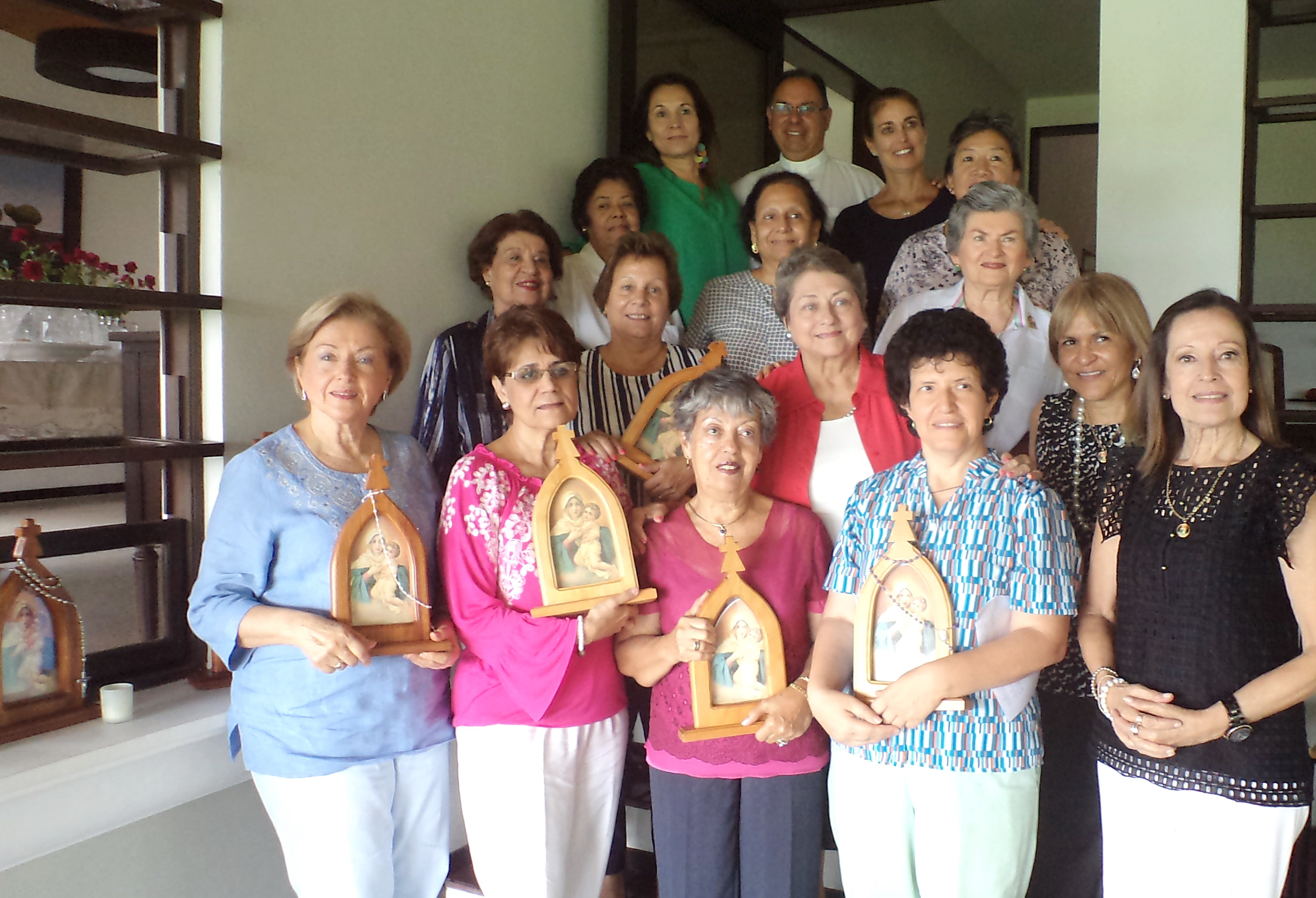