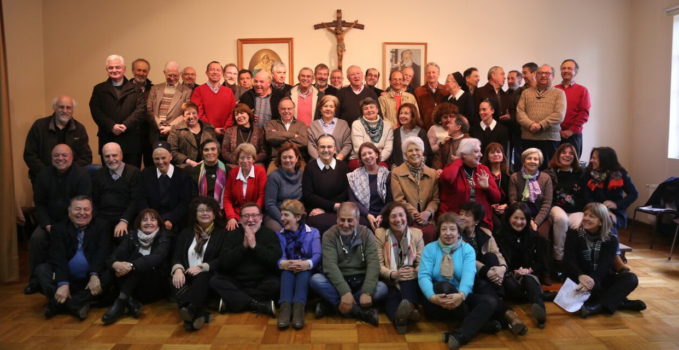 Gathering of the 70’s generation 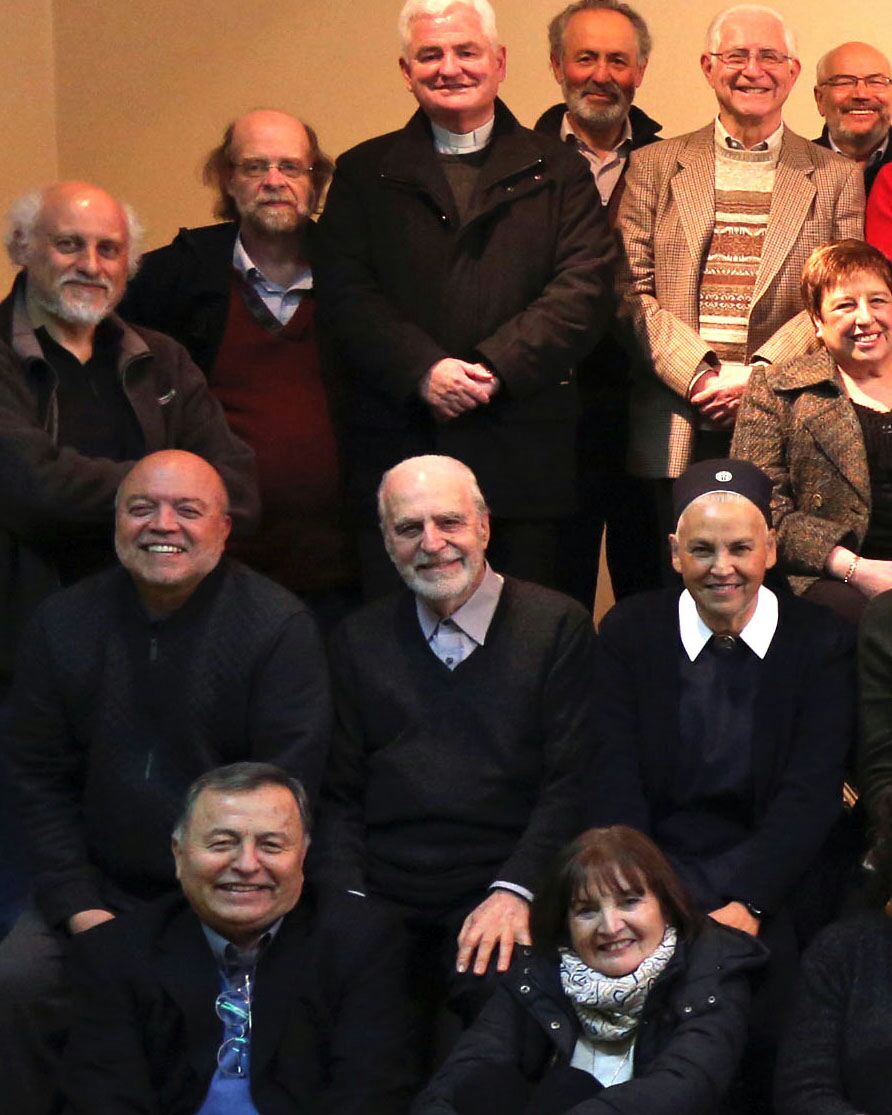 In Chile, the generation of the seventies experienced great changes in a two ways. On one hand, the Schoenstatt Movement grew with the celebration of twenty-five years of the mission of the 31 of May, the anniversary of shrines, and the organized missions and camps. On the other hand, the country experienced political and social changes that ended in complex and difficult times.

In any case, the university youths met in the Cenacle Shrine of Bellavista, in Santiago. They organized activities, and during the weekends, they met in each other’s homes in “malones” (attacks of a horde of wild people) as the youth gatherings were called during those days.  Forty years later, they realized that they only saw each other at funerals. This was the incentive to organize an event and meet again with those that formed a generation full of ideals.

Nena O’Ryan explains the historic context that existed in Chile during those years, when the country became more and more divided, “the Church had an important role, that it called dialogue.” Javier Tronscoso related that he lived this process within a “very open, very diverse and pluralistic” Schoenstatt.

— Yes, with whom am I speaking?

— You have to go back 40 years…this is Vicky

— Alas! I cannot believe! It has been so many years! Yes, we are already in the “spring time of the third age.”

Vicky Contreras explained how the idea developed. “We told Sr. María Victoria, the Sisters’ provincial superior, and she liked it very much. So much so, that she loaned us her house. We wanted this gathering to be a ‘re-encounter’. Many of us had not seen each other in twenty or thirty years.” They wanted to relive the years of their youth accompanied by their advisers: Fr. Rafael Fernández and Sr. María Angélica Infante. “We wanted to have the opportunity to recall the many experiences of our youth, as Schoenstatt children in our Bellavista land.”

“The gathering was in the same as our malones, in the 70’s,” Vicky explained. “We met in the hall of the provincial house. Fr. Rafael related that he gave his first homily in that hall and the sister said she presented her first talk in that hall.”

Approximately sixty people attended; it was a gathering not so much of members of the Movement, but those that had been a part of that very important period. This activity began with Fr. Rafael and Fr. Marcelo Aravena con-celebrating Mass.  The same group that always sang as youths sung “Heavenwards” Mass.

Then it was necessary to get up to date on the stories and to talk about their lives and of course, they recalled the time of their youth. 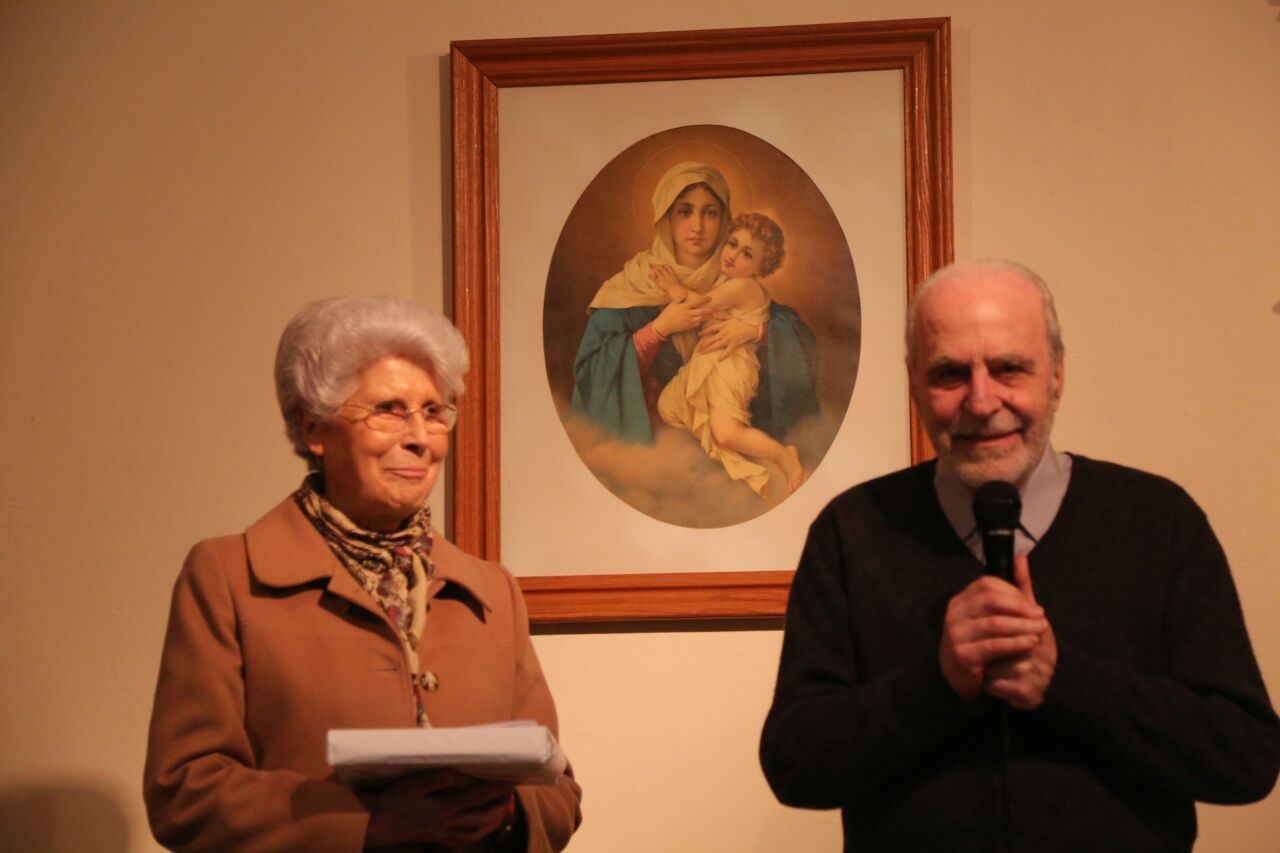 What happened in the following years

During the latter part of the gathering, some of the guests gave their testimony about their experience within the Schoenstatt Movement during those years. Sr. Marisol, who worked in El Peñon (an at-risk social area), carrying out social work. Juan Luis Vacher, related his experiences in the missions in Burundi.

At the end, everyone had a good laugh with Alberto Mossó, who recalled anecdotes of those years. “At that time, the Sisters and the Fathers tried to separate the youths; we tried to get together and the suitable moment was during the month of Mary. It was time to ‘window shop’ the boys and the young girls. It was also the time to find out about the news ‘they went to Germany’ and vocations were born or others became couples and today we see they are still married.”

“Saturday all that history was retraced. I met people I had not seen in forty years. To realize how we have changed. However in any case, we continue to be the same young people with the same ideals in our hearts,” an emotional Yerko Simicic related. “I felt like I was 15 again. My heart was re-enkindled,” Carmen Delia Sepúlveda said.

“The most important thing about the gathering was that although forty years have passed, we are united by a great friendship and the Covenant of Love,” Vicky added.