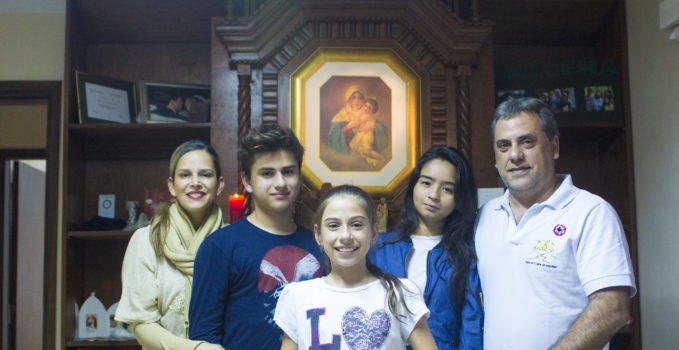 Sharing my home with Mary

When I became acquainted with María Teresa and Benjamín Cálcena’s Home Shrine and I heard them tell its story, I asked them if they could give their testimony about it. In that respect, Tere commented that in order to understand what their Home Shrine means to them, it is important to tell the story of how they entered the Movement:

My father was very ill, and they gave us a picture of the Pilgrim Mother so that she would accompany him in therapy. At that time, all of us began to pray together as a family; it was the first time that we had done it. My father suffered a long time because of his illness, and I prayed to the Blessed Mother that God’s will be done through her intercession, because he was the center of the family. When he died, we were all very united to Mary, very sheltered by her, and we accepted God’s will. His departure was peaceful and despite being very sad, all of us felt at peace. That feeling was transmitted to our children, who were very much present in their grandfather’s company and the Blessed Mother’s company during this process.

That year, we decided to join the Movement, we in the Family Branch, our son in the Boys’ Youth with the Pioneers, our daughter with the Girls’ Youth, and the youngest one in Mary’s Apostles. Since we had not had a regular religious practice before, we realized that our family was growing spirituality since we joined Schoenstatt. What we had done previously as an obligation, like going to Mass, for example, became more pleasant. We changed our routines to pray together, to read the Gospel, and do other things. 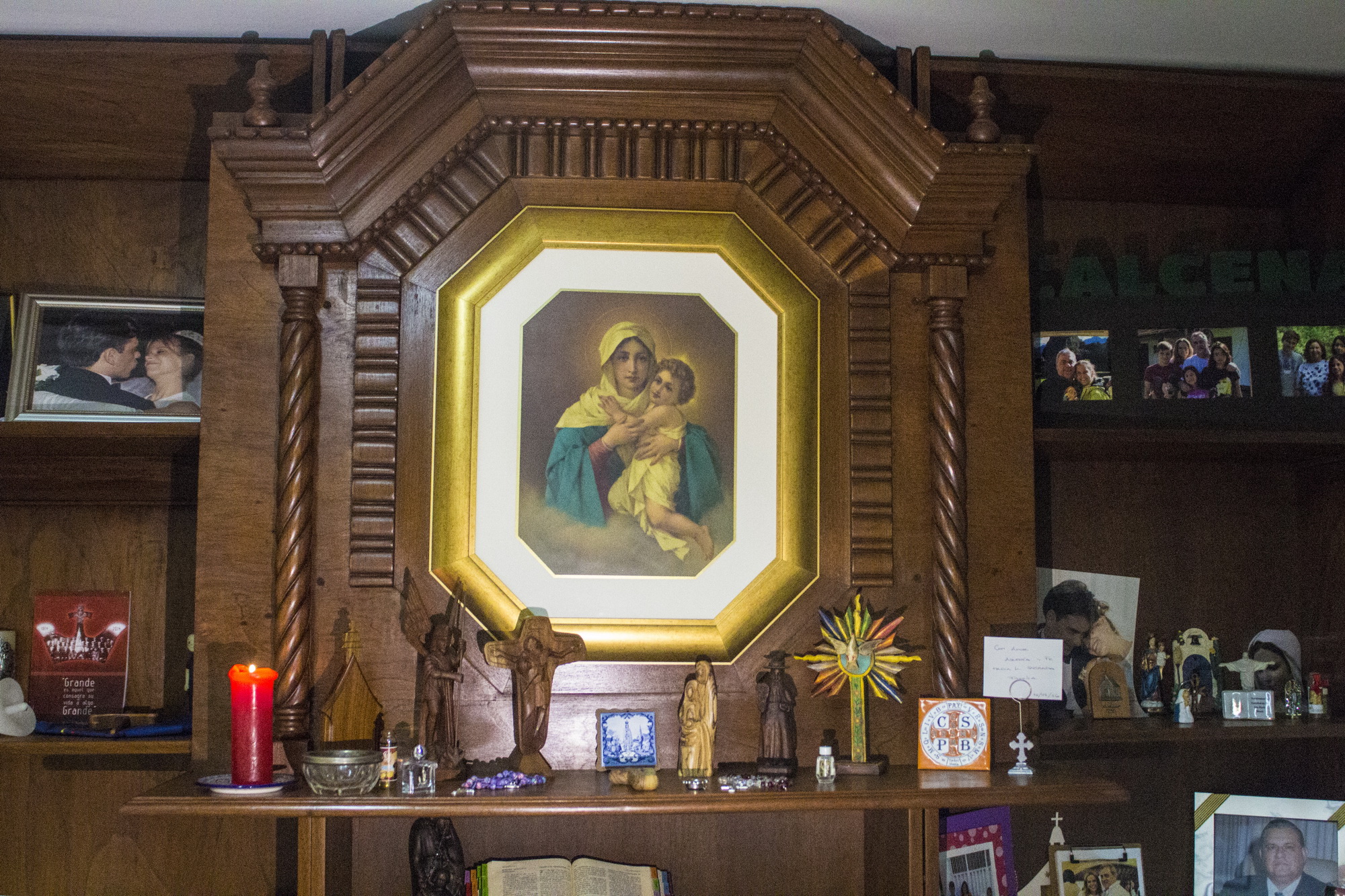 When we were at the Home Shrine level, we had a game room in our home for the children, then it was a study, it was in a place that was visible. Our home has always welcomed many people, and all the activities centered in this place. I told Benjamin: we could make our Home Shrine in this room. There the Blessed Mother became the center of our lives, our family and since it was the center of our home, there was no better place.

Since then, all of us resolved to do some special task with offerings with the aim of conquering every symbol which would be placed in it. Tiziana prayed to the Holy Spirit, Gianluca prayed for the Shrine, Cecilia, the youngest, was very afraid of Fr. Kentenich, so she decided to conquer him, I took charge of the Unity Cross and Benjamin of the Blessed Mother.

Today we are a guiding married couple for couples preparing for marriage. We take all the couples who come to our home to our Home Shrine; we pray with them and we ask them present their resolutions in this place.

We received so many graces in our “Domus Mariae” (Mary’s House) Home Shrine before, during and after the blessing of our Home Shrine that we wanted to share our testimony, what we feel and the graces that are present in each one of us: sheltering, transformation and apostolic fruitfulness. 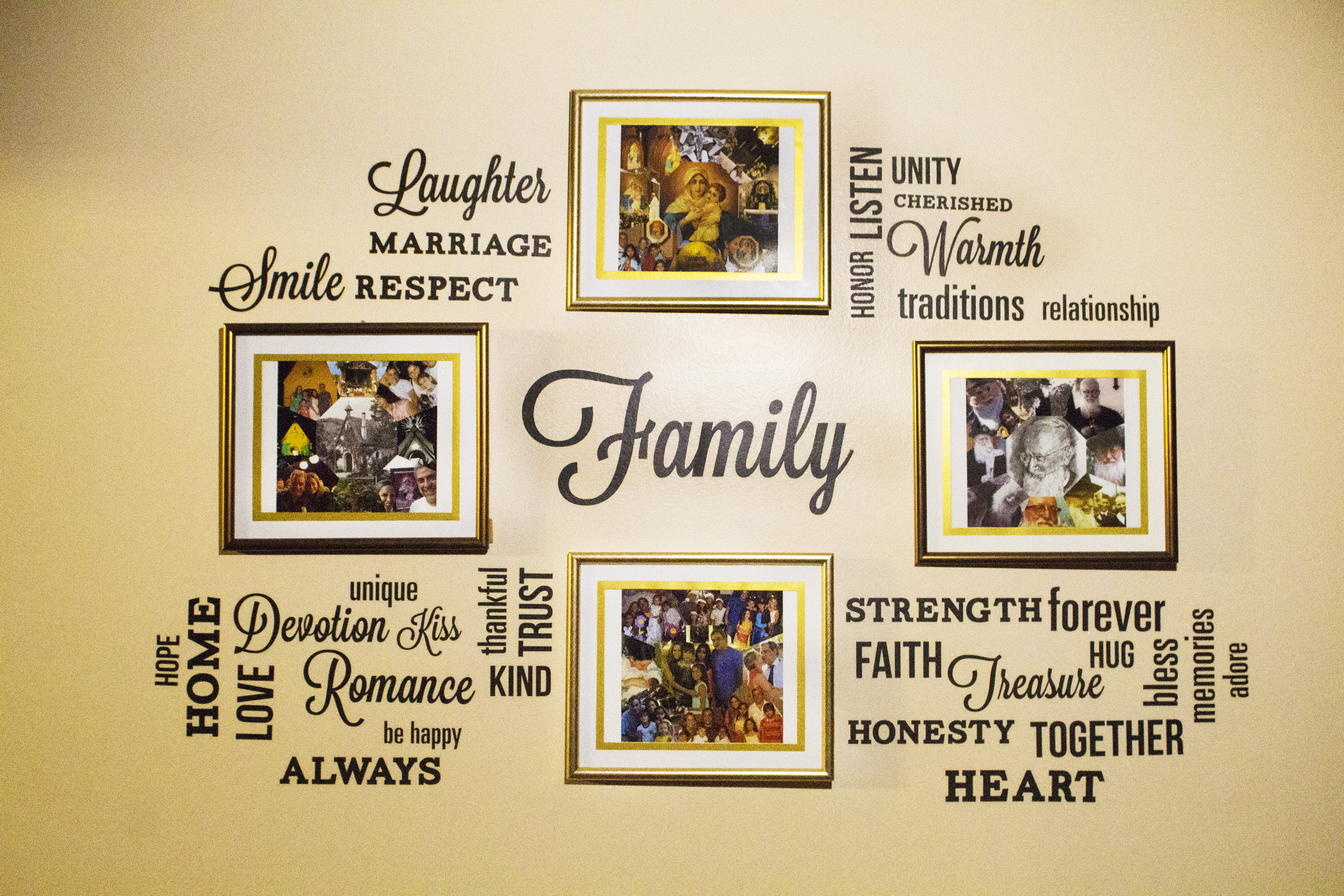