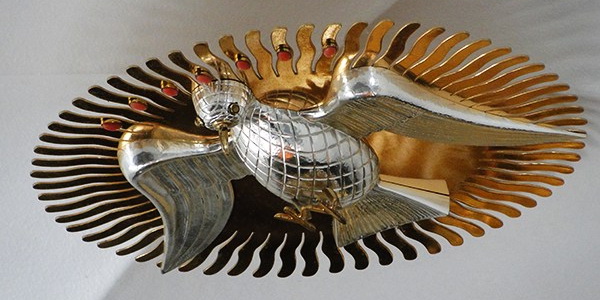 The Holy Spirit symbol, which had been given in advance, was not installed during the blessing of the Belmonte Shrine – a Holy Spirit current was missing.

At first the Holy Spirit remained very peaceful. The symbol was in a small Belmonte community, which took care of the shrine and its mission; it was like in the time of the early Church where the believers were gathered around Mary, who already had her throne in the shrine, the Belmonte community looked to the future. They implored the Holy Spirit in prayers, conversations, and with work.

Then more tongues of fire descended on their heads: priests from the Institute of Priests and women from the Women’s Federation gathered to discuss the subject. The Belmonte Holy Spirit current was a great desire of both communities.

On 3 October 2016, the 70th year since placing the Holy Spirit symbol in the Original Shrine was commemorated. The youngest course of Women’s Federation, which had celebrated its Federation incorporation a few days before, initiated this celebration. The Cenacle is a very beloved subject for this course.

On 29 April 2017, in Oberkirch, they recalled the event that occurred fifty years ago that resulted in a strong Holy Spirit current.  At the same time, it was the thirty years of the Covenant of Love with the Holy Spirit, sealed by Institute of Priests and the Women’s Federation from the Diocese of Freiburg. The Institute of Priests and the Women’s Federation organized this celebration jointly, just as they had years ago.

Before these celebrations, the desire was born among the leaders of both communities independently one from the other for the Holy Spirit symbol to go on pilgrimage within their communities.

During this year’s Pentecost weekend, the Holy Spirit symbol was present during a large celebration of the Women’s Federation: fifty years of the Cenacle Shrine. The Father and Founder blessed this shrine.

Just as in that time, the entire Schoenstatt Family was invited to celebrate the event. The Sisters of Mary, the Schoenstatt Ladies, Fathers, families, and many others participated in the celebration. It really was a Pentecostal celebration; representatives from the different communities gave impressive testimonies about their experiences with the Holy Spirit. Many from the International Schoenstatt Family arrived to participate in the Holy Mass, and they ended the day by sharing agape together. The Holy Spirit was felt among them. The presence of the Belmonte Holy Spirit was felt. 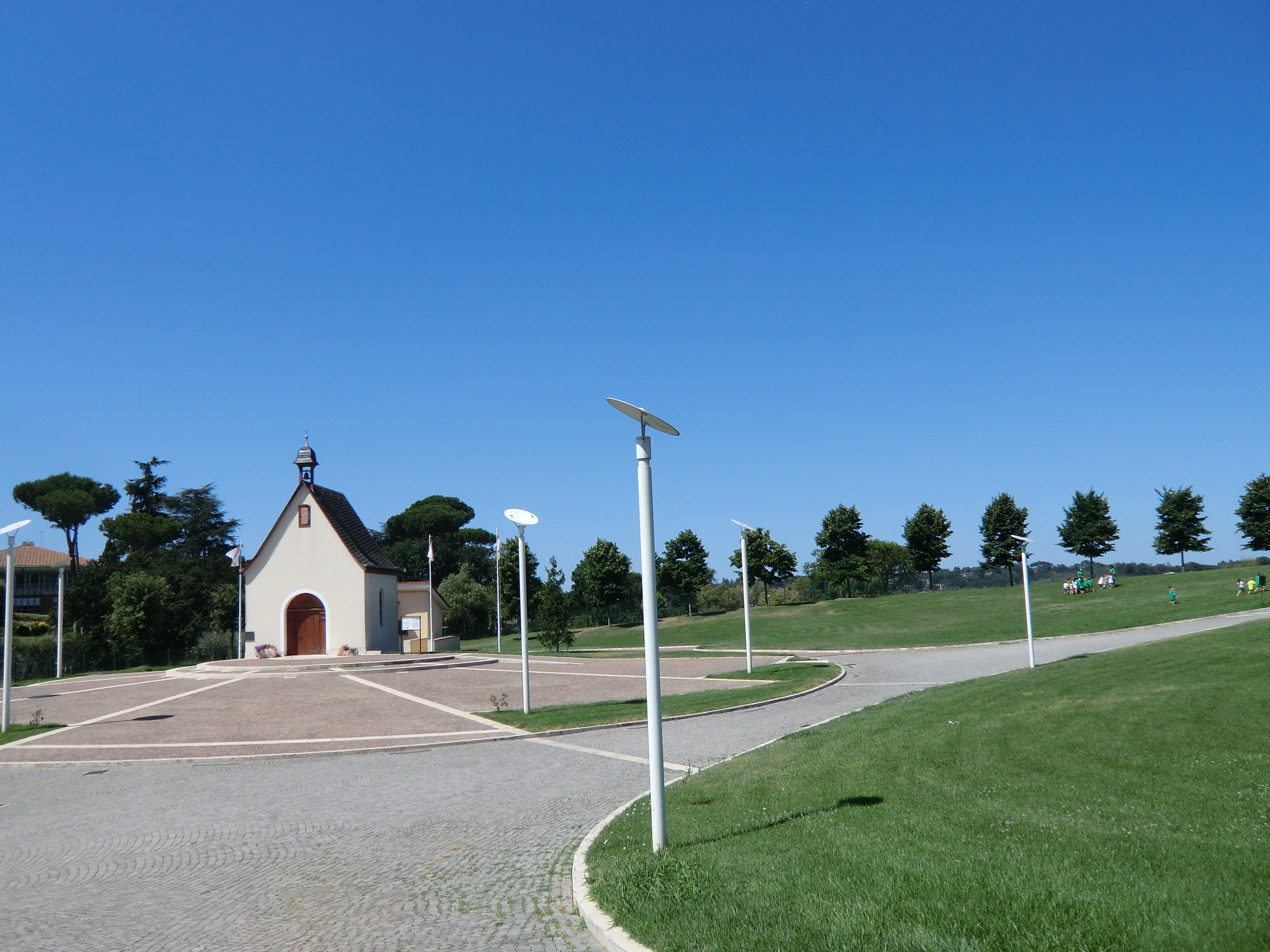 Another Belmonte symbol was present during this celebration – the plaque with God the Father symbol – the wayside shrine Holy Spirit. A group of Women’s Federation from the southern region were encouraged to go on pilgrimage to Rome during the past “Year of Mercy,” and priests from the Institute accompanied them. On this occasion, they discovered that one of the “seven red stones on the plaque” was missing. The group pointed out that the sixth stone, the stone of piety was missing. The message was immediately clear: this stone had to be conquered and replaced. Both things were worked on during the preparation for Pentecost, until the Jubilee of the Cenacle Shrine.

Thus, both symbols were present during this celebration– the God the Father symbol plaque and the Holy Spirit and the symbol of the shrine’s Holy Spirit.

The first symbol returned to Rome during the first weeks after Pentecost, and it was placed in the wayside shrine once again.

The other symbol departed on a new trip. This time it went further; it went to Austria.

Who knows? Perhaps it will go on pilgrimage again in another community and awaken new life. 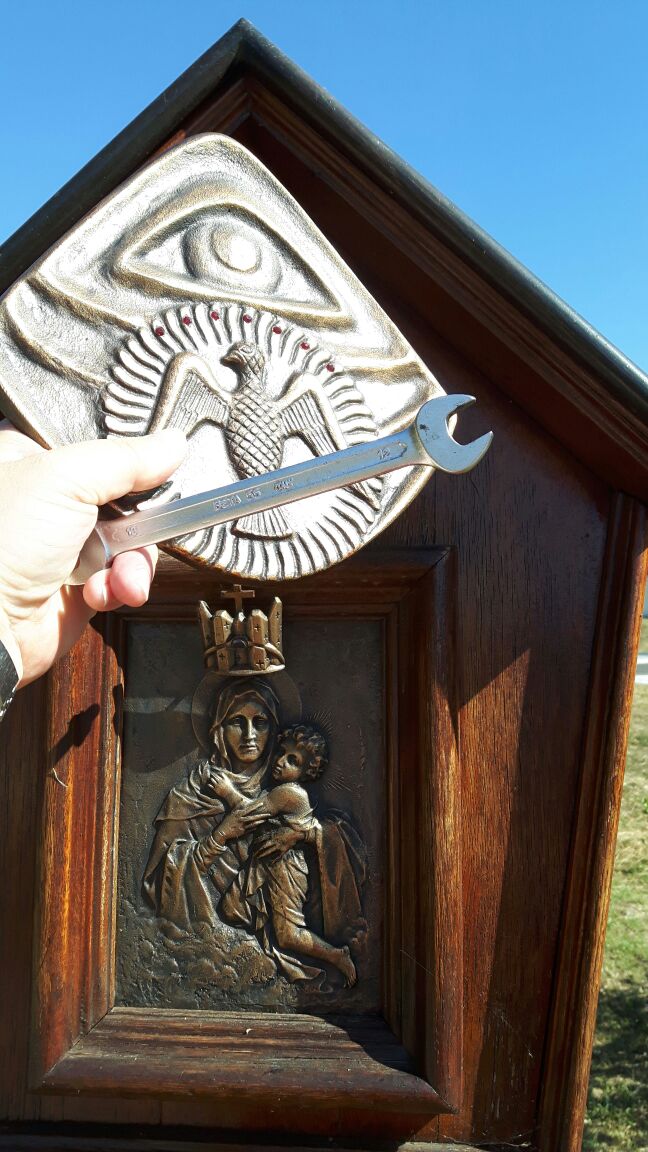