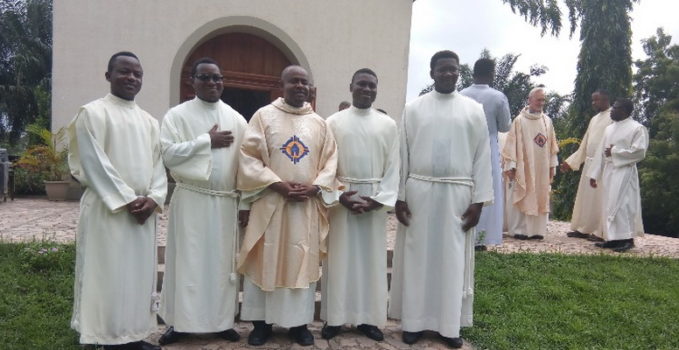 A day to celebrate 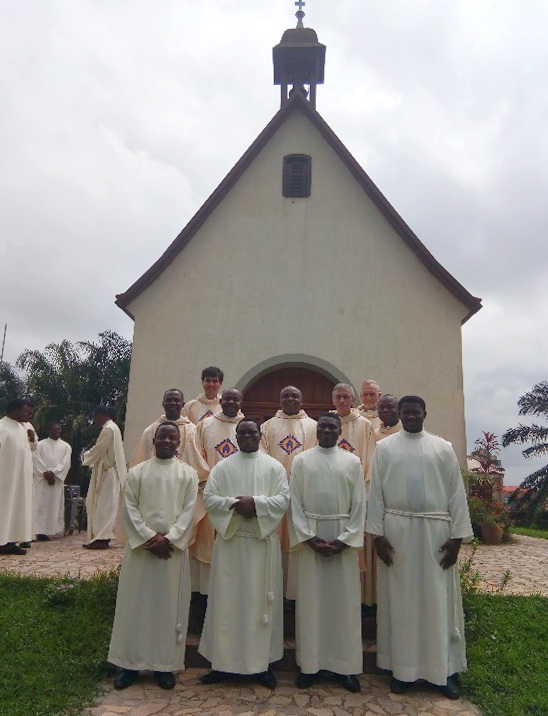 The 8th of July is a very important day in the Schoenstatt Fathers’ history, and in Nigeria, it was no different this year as four novices sealed their contract-consecration. The day already had a happy atmosphere as the community commemorated the 107th anniversary of Fr. Kentenich’s priestly ordination, and with hearts full of joy so it was that the novices sealed their contract-consecration with the community in the Victory Shrine in Ibadan, Nigeria. With this event in Nigeria, we now have eleven students who are officially members of the Community, and forty candidates who are still studying Philosophy and who will go to the Novitiate after that. Above all, we have twenty-five Nigerian Schoenstatt Fathers in our twenty-five years of history in Nigeria.

Do you have Father Kentenich and his worldview?

The Mass began at 10:00 am and Fr. Reginald Ibe, who was delegated by the General Superior to receive the contract-consecration in the name of the community, celebrated. In the homily, Fr. Kingsley Okereke, the novice master, reminded the novices that they were from now on to be identified by a new name – Members of the Schoenstatt Fathers’ Community – with their specific ideal “Reflections of the Merciful Father” (the ideal of the course). He also admonished them to be true reflections of the father in sincere attachment to the father and founder. Fr. Kingsley continued: “Nemo dat quod non habet no one gives what he does not have. If you do not have or possess Fr. Kentenich and his worldview, how can you reflect him and pass him on to people?” he asked.

The novitiate has been a two years’ journey of growth. Beginning on 15 September 2015 with the closed period, the novices were introduced to the community lifestyle, spirituality and mission. This was a time filled with a great deal of intense educational, personal growth and development for the novices culminating with the course consecration on 18 July 2016 after we discovered our course Ideal. What followed was a six-month period of regency after which the novices came back to the novitiate for the last part of the novitiate that included the propedeuticum, another period of intense study. Fr. Alfred Kistler, who coincidentally turned 80 years old just at the end of our novitiate, conducted the Propedeuticum. 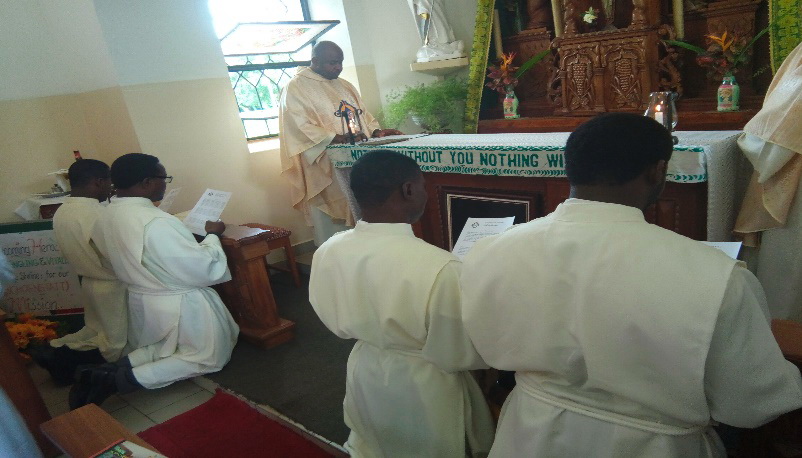 Our celebrations continued the next day on Sunday 9 July with Fr. Alfred Kistler’s 80th birthday celebration. He was the one behind the beginning of Schoenstatt and the Schoenstatt Fathers in Nigeria with his first visit in 1992, and eventually when he settled to live in Nigeria from 1997 till 2013. At the moment, he lives in Switzerland, his home country, but has been with us in the novitiate since the last three months for Propedeuticum. It was a great joy for us in the novitiate and the whole community in Nigeria to have him around to celebrate his 80th birthday, which came together with the end of our Novitiate with the contract-consecration. 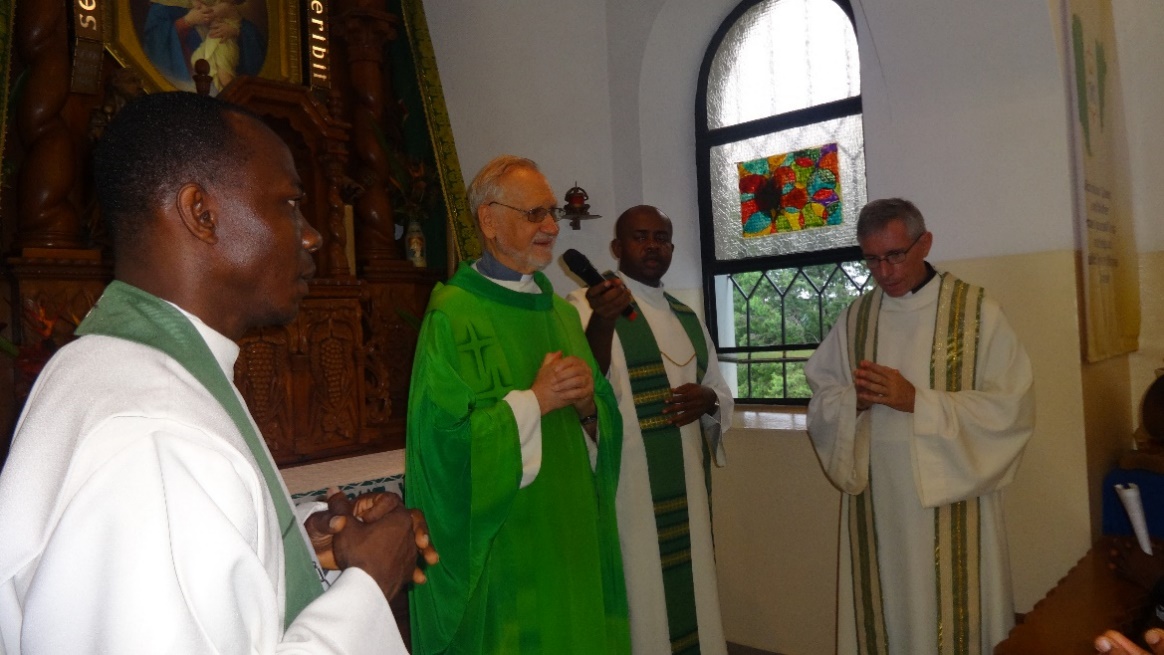 Young men from Nigeria and West Africa interested in the Schoenstatt Fathers please inform at www.schoenstatt-fathers.org

or write a mail to [email protected]

The Sound of Schoenstatt in Nigeria