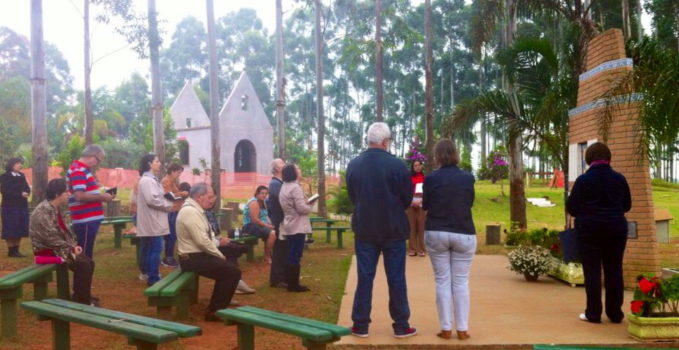 Bags of cement, shovels, sand, bricks and many rosaries…

Early in the morning, that was the scenario for those passing by the grounds of the future Schoenstatt Shrine in Caieiras, in Brazil’s state of Sao Paulo.

During the last month, the Caieiras Schoenstatt Movement gathered every morning to offer the rosary as a family. The initiative was called “Heroic May” and the presence of the Family members at an early hour was guaranteed with loyalty and much prayer: 31 days of prayer and devotion in which a prayer dedicated to St. Michael was included in each mystery. It was prayed, as a way of inviting him to be guardian and protector of the Caieiras Shrine.

During the month dedicated to Mary when we celebrated her title of Our Lady of Family, “Heroic May” we also responded to her petition: “Pray the Holy Rosary everyday.”  Every rosary and every St. Michael prayer invoked was a concrete invitation for Our Lady to establish herself in Caieiras. 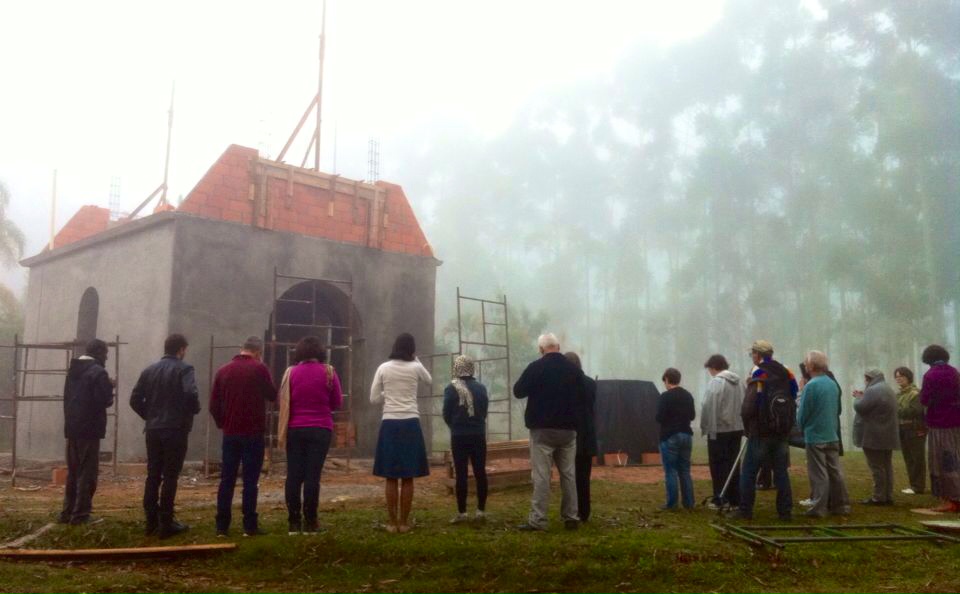 Photo: The Caieiras Family gathered in front of the Shrine construction

Routines heroically altered, sacrifices made – a shrine is conquered

Those were intense days, lived with great giving of self and joy. The changes in the daily routine, such as adapting the time to awake, sacrifice coffee time to get to work on time, changing the daily route in order to be at the grounds by 6:30 a.m., mornings that were very foggy, intense cold, and there were time when even rain did not discourage the members of the Schoenstatt Family, who remained loyal throughout the month of May. The conquest of the Shrine was done in a heroic way, with daily loyalty, prayer and profound gratitude to God.

“Heroic May” closed on the 31st, known and celebrated by Schoenstatt allover the world as the date of the third historic milestone, when we recall our Father and Founder’s presentation of the Schoenstatt Mission to the Church. On this day, in addition to the daily rosary, the Family spent some time in Adoration of the Blessed Sacrament and then there was a celebratory breakfast, as a time to share and establish bonds. 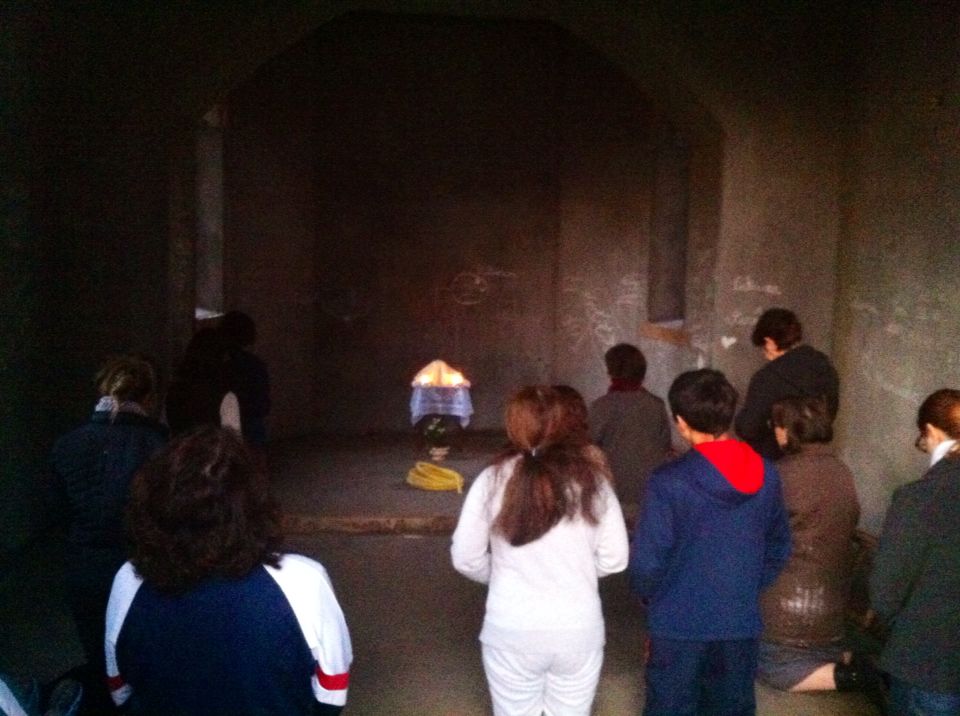 Photo: Presence of the Blessing Sacrament at the May closing of Heroic May

Inauguration and Blessing of the Shrine

Whoever wants to participate in the spiritual conquest of the Shrine can collaborate by accessing this link.

Whoever wants to participate in the blessing of Caieiras Shrine, please contact us here. . 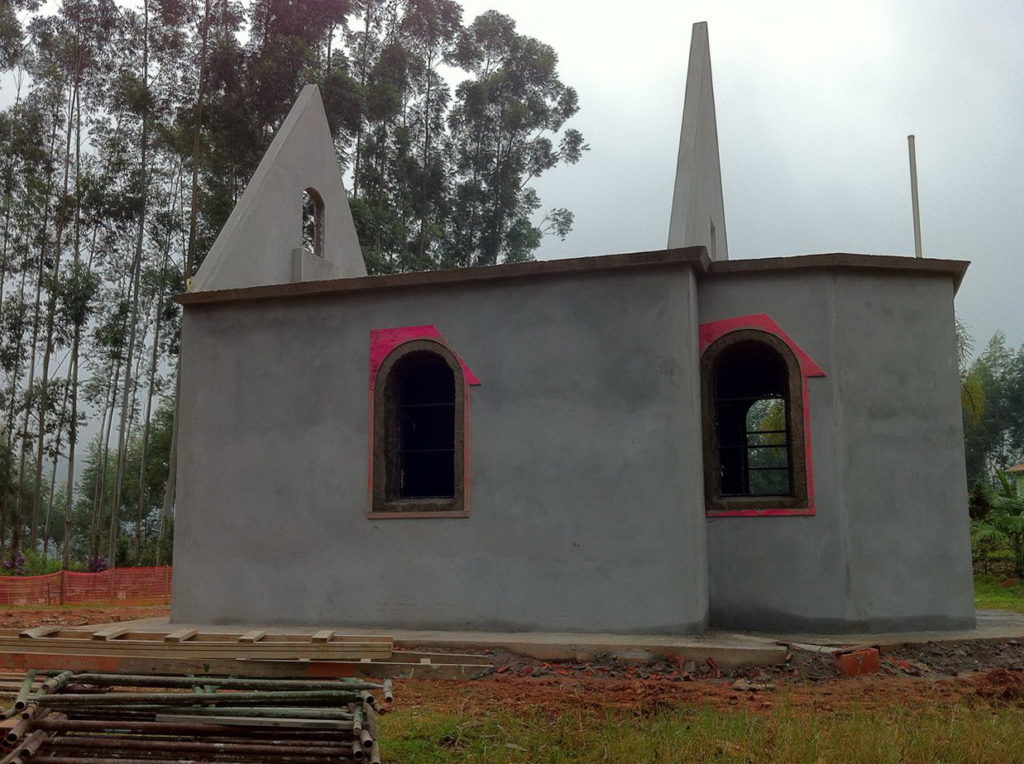 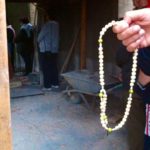 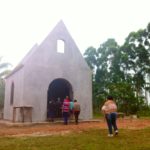 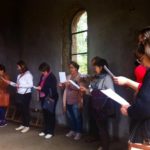 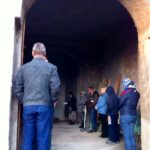