The daughter Shrine in Ulm-Söflingen, affectionately called the Chapel, is celebrating its anniversary.  The chapel has stood on top of the mountain with a view over the city of Ulm for 70 years, not like most Schoenstatt Shrines in Germany that are only 50 years or 60 years old. This event is to be celebrated on Sunday, May 28, 2017 at 2 pm, with a festive Mass celebration with the German Schoenstatt Movement leader, Father Ludwig Guethlein.

Afterwards a celebration for all the families with coffee, cake, and a children’s program will take place in the large festival tent on the property around the chapel. The evening before the festival, there will be a concert with Wilfried Röhrig and his band at 7.30 pm that will feature songs from his program “Trag mich.”

This will be an evening for fellowship between young and old with a leisurely end.

Life at the Shrine

For several years every spring the affectionately named Chapel Festival is celebrated – mostly on a smaller scale, but with a lot of enthusiasm, except for when there is an anniversary like this year. This shows that it is quite lively around our Branch Shrine. It is not quite like it was 70 years ago, when hundreds of people came to worship. There are, however, both Boys and Girls youth groups that offer among other things, a well-visited camp or holiday week. There are also family groups, a group of pilgrims to the Blessed Mother and numerous Mothers’ groups, which are the mainstays of the Branch Shrine. The program includes a weekly evening Mass celebration on Mondays, May devotions to the Blessed Mother, blessings for parents in different parishes, a woman’s day, and a regional day.

The Daughter Shrine in Ulm is the first, and thus the oldest, Daughter Shrine in all of Germany. It was initiated by the Schoenstatt Girls’ Youth group and built up immediately after the war from the ruins of the largely destroyed city of Ulm. Since 1944, the girls already had the idea for their own chapel. One year later, they erected a temporary wayside shrine on a property provided by the Bezler family. On May 16, 1946 Father Kentenich came to this temporary structure. When he saw the Ulm Cathedral from there, he said: “Look at the Ulm Cathedral. It is like a finger pointing upwards.”  He thus showed that the deepest concern of the youth was that Ulm with its Cathedral to Mary and the whole environment should become a holy Mary-land. Encouraged by this, groundbreaking was set in July of that year. The girls brought the stones out of the town every evening after work with carts. The Boy’s Youth group then took over building without ever involving a construction company. On May 15, 1947, a priest in Soeflingen performed the celebratory inauguration.

The chapel was not based on the Original Shrine’s form. This was for three reasons: 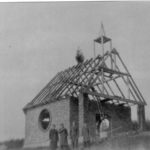 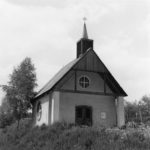 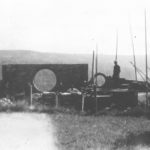 As far as the eye can see…

In the spirit of the mission of this Branch Shrine, we want to continue to work for our homeland, both near and far, so that the promise of our Founder becomes a reality: “As far as the eye can see, so far may the Mother of God’s influence reach.”

We would like to cordially invite you to the festive weekend from May 27- 28, 2017 to all interested and inquisitive people from near and far.

A remark from the editors of schoenstatt.org:

As far as the eye goes … and perhaps even beyond? In 2013 the initiative of the “100 houses” – 100 houses for 100 years of covenants of love and 200 daughter Shrines – was launched, the Shrine of Ulm-Soeflingen was the first to take part with a donation of 200 €. This donation gave a family in Paraguay that had previously lived in the dirt under unimaginably poor conditions a roof over their heads. A house somewhere on the periphery of the city of Asunción has been named “Ulm-Soeflingen,” and it did not end with this house. Meanwhile there are seven houses of solidarity, which in Paraguay demonstrate that the Mother of God’s influence extends very far from her Ulm shrine … far over the ocean and far beyond one’s own plate! 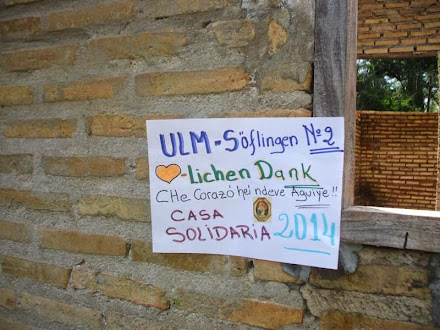