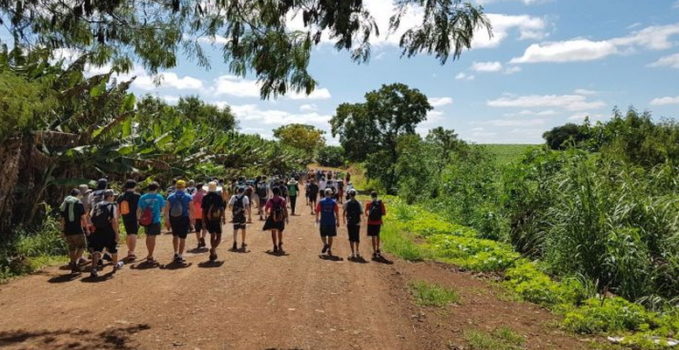 For the nineteenth time, Holy Week of Jumas Paraná was filled with self-giving and sacrifice with the New Man Crusade, a walk of some kilometers, annually since 1999. And over the last few years, the number of young boys continues to grow. In the 2017 edition and with the motto: “No longer I, but Christ lives in me…!” (Galatians: 2:20), approximately 220 people had the opportunity to participate in the crusade that was filled with new developments.

First there was a change in kilometers from the initial seventy-two kilometers originally calculated on the bracelet. When the team leaders recalculated the route, they came up with 80 kilometers distance instead. Day by day, this event, which is the largest in the region, became something more special.

As tradition demands, the night of the 12th, in the Schoenstatt Shrine of Londrina Chapel a beautiful spirituality began that empowered everyone with the necessary strength to waken at 5:00 a.m. on the following day, filled with the energy to walk.

Lucas Braga and the spiritual team led the walk. Throughout the Crusade, the times of greatest reflection were in contemplating the Sacred Scriptures and all Christ’s suffering he felt during his Passion. The boys stayed in Jataizinho and Uraí, and they made many contributions to the capital of grace until their arrival at Cornélio Procópio on the 15th. After the closing Mass at the end of the afternoon, the 220 boys returned with Christ’s fire not only expressed in the motto on the bracelet, but more especially – within their hearts. 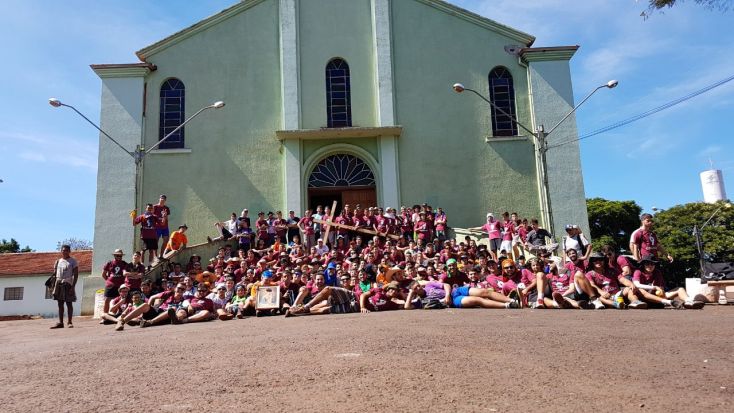