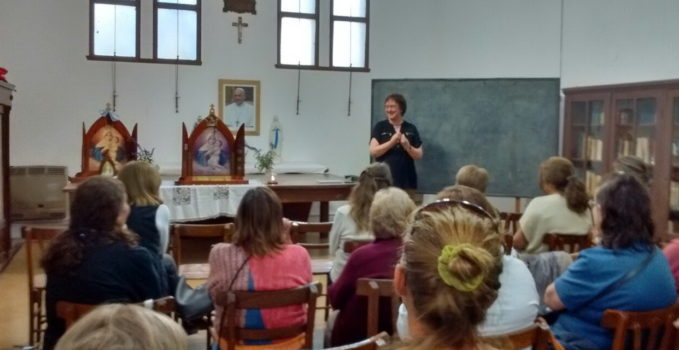 I was so angry with God…

On Thursday, 20 April, “A Church reaching out after Easter” was the title of one of the talks in the Parish Hall at Pehuajó, in the Diocese Nueve de Julio. During the presentation, the participants were encouraged to share moments of falling into the temptation of being satisfied with the fact that every dream had ended in supposed failure, and they were left sad, desperate, and angry before the tomb – And on the other hand, what were some Easter experiences that moved us forward and motivated us to continue on the road? In this conversation, Marisol Gianotti shared a testimony that is now offered to Covenant brothers/sisters.

“Some years ago, my husband became ill with cancer, in the terminal stage. During his illness, which lasted three months, I was very angry with God and with Jesus. I could not understand losing my husband, an excellent person, who was only 46 years old.

The Blessed Mother was my support; I only spoke with her. I prayed that my husband would be saved. I was angry with God and I was questioning him. Why did my husband have to die, if the jails were full of prisoners: delinquents, abusers, and murderers?? Choose one of them. My grief was so great that I even told God that I would throw away the Bible and the Rosary.

Three months passed, my husband died, but I kept talking with the Blessed Mother. One day, I approached a church, and after speaking with Fr. Guillermo Gómez for a long time, I began to travel the road of faith, obviously, I was attached to the Blessed Mother.

The priest invited me to make a retreat with several ladies from the community, and this is how I joined the Christian Cursillo Movement.

The first day of the retreat, the priest who guided the retreat came and told us: “Please read this Palanca.” (The prayers that many people from different places who offer prayers for those making the retreat are called “Palanca”[“Lever”]. When I came up to read the Palanca, I saw that it was comprised of prisoners from the Trenque Lauquen jail, who were praying for us.

It was a tremendous surprise! This is how the Blessed Mother showed me that God had not abandoned me. Then, with time, I understood that my husband’s death had a meaning: to know Jesus.

I feel that the Blessed Mother rescued me from the sorrow; she showed me that I could move forward. It was hard, but I continued from the other side, from the side of faith.

Jesus’, the Blessed Mother’s hand, and the empty tank…

Sharing this, reminds me of another family experience:

Our eldest son, who lived in Buenos Aires, had been planning his wedding for a year. The doctors told me: “Do not postpone the wedding because it is the only reason or project that your husband has to live.” It was tremendous; I was with my hospitalized husband and the children had to get strength wherever they could, to continue with the wedding plans.

I had to be an attendant in the wedding. So my sister measured me for my dress in the hospital. She made it, and then brought it so I could be fitted. When my husband saw me, he said: “You look beautiful!”

As the wedding date approached, we had to travel to Buenos Aires. So I spoke with the doctor about instructions for medication, where to go, and where to take him if something happened. Among the many things, we had to take an oxygen tank. We found a small tank one that would fit in the car.

Thank God, the wedding happened, and we realized that my husband was able to bid farewell to the entire family. We returned to Pehuajó.

Within a few days, his state began to worsen, and he needed oxygen several times a day. Then, one afternoon he told me: “Do not try to lift the big tank, bring the little one.” My son set it up, I put the mask on him, and when he opened the key of the small tube that we had taken to Buenos Aires…it was empty! That if we had needed it in an emergency during the trip, we would not be able to use it…

God, the Blessed Mother, and all the Lord’s angels were always with us. 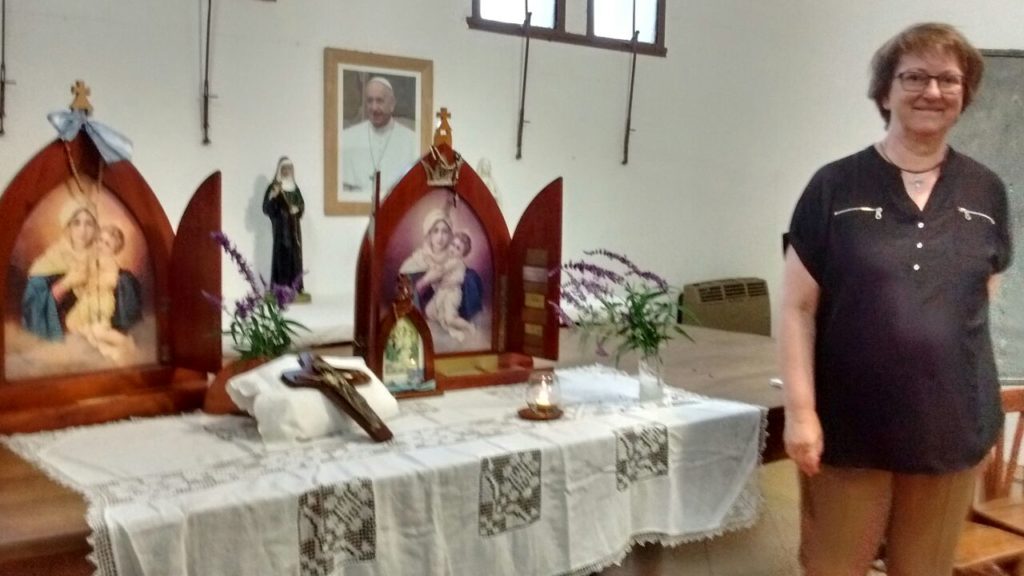