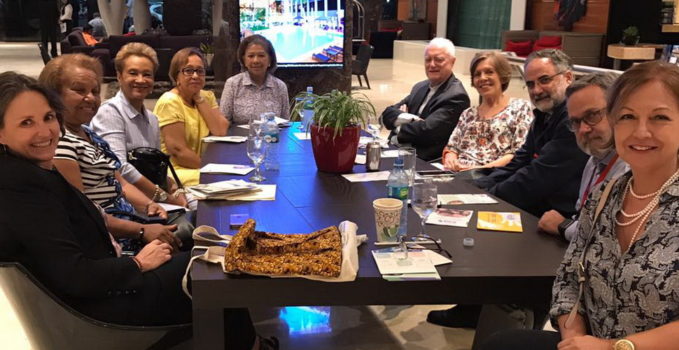 A fruitful encounter in World Youth Day’s next host country

With Fr. Alexandre Awi’s letter to the youths and advisers, and the publication of the World Day logo, the gaze of God’s people is already directed toward Panama as it waits for the Holy Father and thousands of young people in January 2019.

Many of those who had the privilege of attending the blessing of Costa Rica’s Schoenstatt Shrine or who travel frequently through Latin America, know Panama’s airport with its beautiful “Our Lady of Loreto” Chapel, patroness of aviators, where passengers, pilots, stewardesses, crewmen and airport terminal workers have a place for reflection, making it into one of the few in the region with this feature.

For Schoenstatt’s growth in Panama

Schoenstatt has been in Panama for more than 30 years: the Schoenstatt Rosary Campaign is in Colón. In 2010, the first groups of the Mothers’ Branch were formed, “and there is much more and there will be even more,” Panamanian Schoenstatters commented when they attended the blessing of the Shrine in Costa Rica.

“Four women from Santa Marta and two from San Francisco attended. It was a very worthwhile gathering. We are enormously grateful that we could have these meetings that are so helpful for the growth of the Movement in this country,” Zaritza Bayo related.