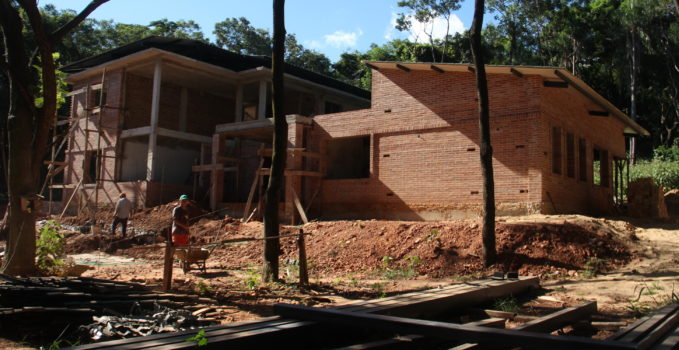 A place close to heaven: the Schoenstatt Fathers’ new house in Tupãrendá

The construction process on the Schoenstatt Fathers’ new house in Tupãrendá is underway, far from the noise of traffic, the brouhaha of people, embraced by the sun during the day and by the starry canopy of heaven at night.

We could even define it as a place “close to heaven” because of the site’s altitude. Even with the machinery noise and the workers’ murmuring, the song of the birds can be heard, and one can feel the soft breeze and fresh wind that passes through it, and the peace it radiates.

The work began in November 2016, and by four months, February 2017, the construction was imposing in the midst of the lush greenery. The project is developing without major setbacks according to the estimates of those in charge of the construction that foresee its completion and inauguration by 31 May 2017, if possible.

It took a long time to begin, because it took considerable time to level the upper grounds. There is a 12-meter slope, from the access road to the site with lots of rocks, which were totally re-utilized for the foundation, sections of the parking lot, the vehicle entrance, ramps and retention walls.

Engineer Giangreco, and Architect Marini are in charge of the project; Frankie Bock is the construction foreman; they mentioned, among other characteristics, that the house will have an insulation system especially designed to absorb the sun’s heat, and its openings will allow the entrance of light and adequate natural ventilation.

The general description of the work can be defined as a place where what is manmade is in perfect balance with nature, taking care of all the details for conservation.

Fr. Antonio Cosp mentioned that the existing house already fulfilled its mission, since it is one more module of the adapted Retreat House. It is a pavilion that is not a house, a home, as such. Given the need of having a place that is solely for the Fathers, it was decided to build something new and the search for the corresponding financial means began. In the future, the existing house, the pavilion, will become a part of the Retreat House once again. 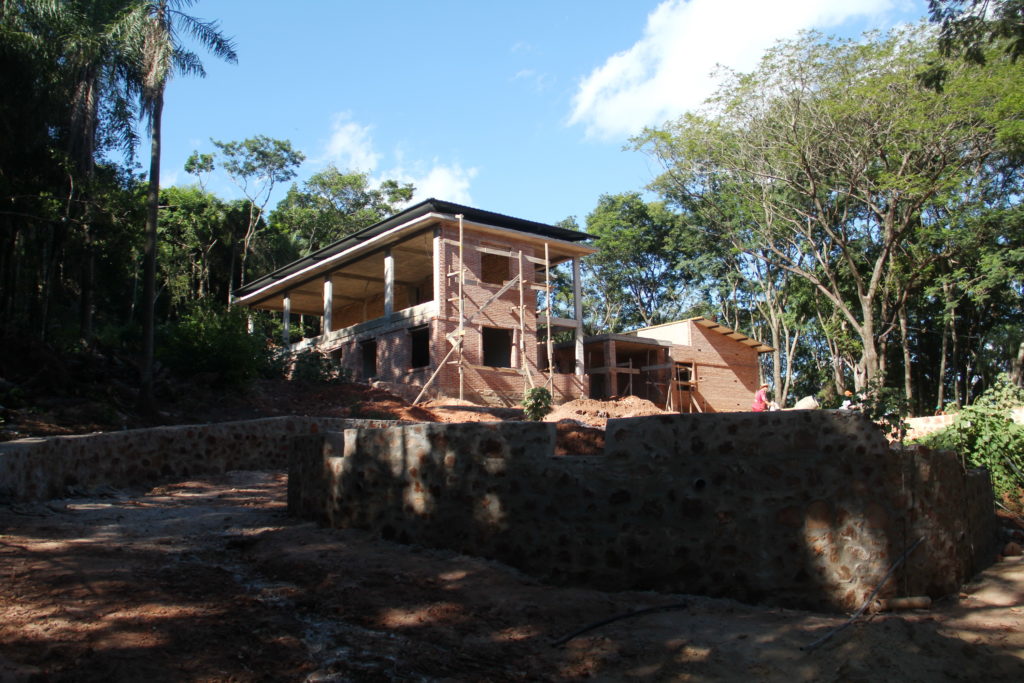 A pavilion with history

In the beginning, the Retreat House’s pavilion one currently the Fathers’ house was intended for the Bock family until the house that currently bears the name of Catherine Kentenich was buil

Beginning in November 1994, Fr. Nicolás Schwizer, Fr. Alberto Eronti, and other Schoenstatt Fathers had a contemplative experience in pavilion number one living as Adoration Fathers for a year. Then it was only Fr. Nicolás’ until his accident.

Fr. Antonio told us: “This is the work of many people, like everything that is here. It is the product of the beautiful work of the lay people who build from nothing to what Tupãrendá is today.” 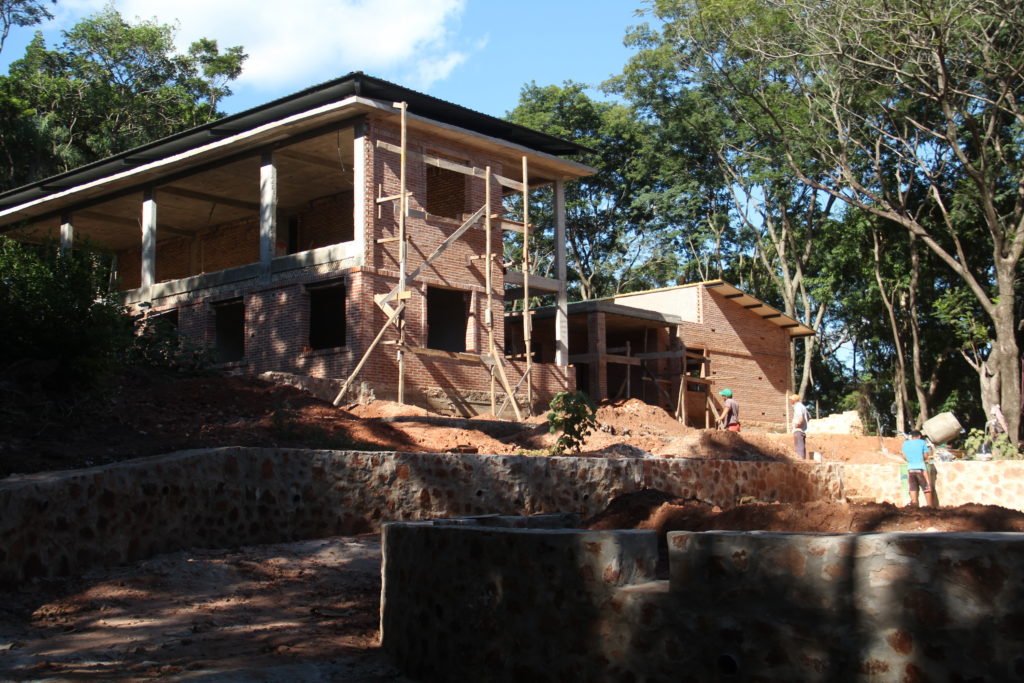