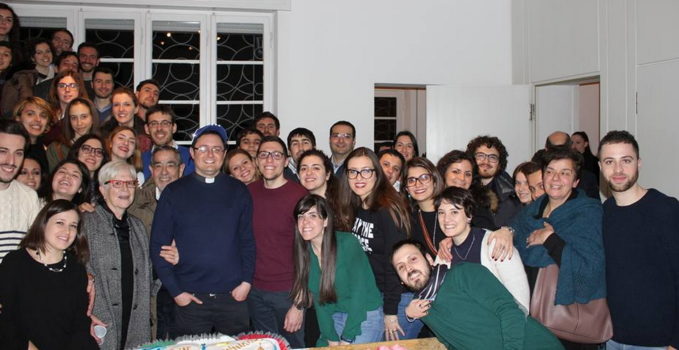 Nearly 200 people, members and friends of the Schoenstatt Movement, gathered at the Cor Ecclesiae Shrine for a farewell party for Sister Fatima and Father Alfredo, the two “pillars” of the movement in Italy.

Farewells always have a veil of melancholy, especially when it is to say goodbye to someone who has given so much and filled such an important space. It is true, however, that the melancholy of a farewell is always proportional to the joy of shared experiences. Therefore, for each moment of happiness, there must be a celebration.

And there was a party that Saturday night on Covenant day: firstly with the Mass, the most important moment, and then in testimonies, in the video, with dinner and – like in any self-respecting party – in the cake. The turnout was a great occasion with almost 200 people including nuns, priests, families, young people, and also a representative of the Swiss Guards. Attention to every detail, typical of those who want to make a nice gift to honor those who play an enormous role in one’s life.

In this magical atmosphere, the farewell party for Sister Fatima and Father Alfredo, respectively Superior of the Sisters of Mary and head of the youth movement, took place in recognition of the years spent at the service of the Movement in Italy, including the build up, the achievements and challenges, and now the time for both as they depart to South America. 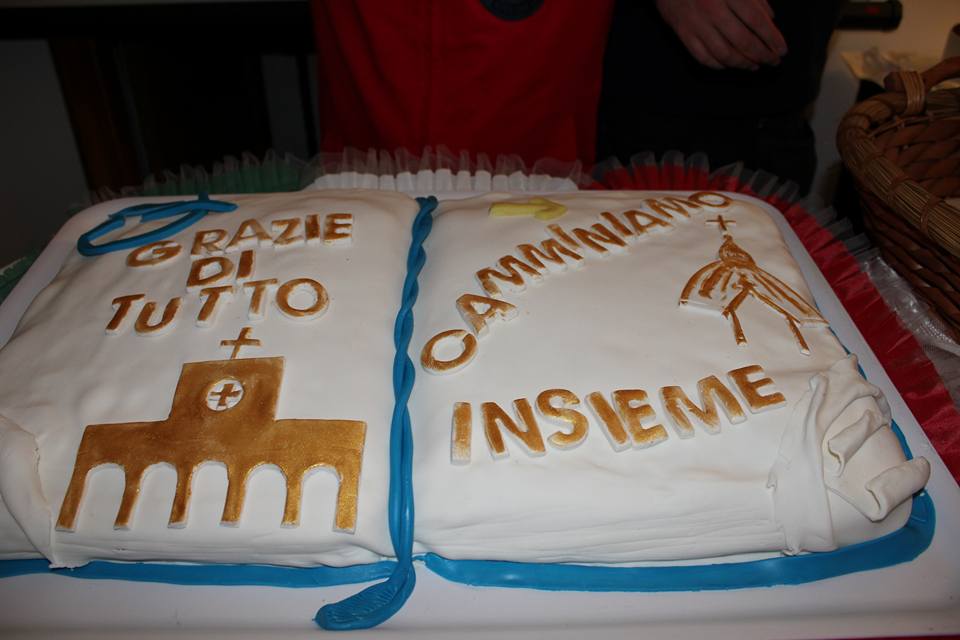 Sister Fatima and Father Alfredo, so different and so similar.

She, elegant and sober, with her discreet welcoming, and the desire – heeded –that more and more people visit the shrine. A few simple words from which emerges an unexpected emotion.

He, with Latin American exuberance and his infectious smile, boy among his boys and a phrase, “let us walk together,” as the manifesto of a vocation. A homily with an almost broken voice, and an invitation to fly that sounds like a promise of a future that will be better, and that is in our hands.

Different, but united by love for the Movement and for our country, and a missionary vocation so dear to Father Kentenich in the ability to transform a farewell into a moment of joy.

Will we miss them? Certainly. But when it happens, we take refuge in the teaching of St. Paul:

“Who will separate us from the love of Christ? Will hardship, or distress, or persecution, or famine, or nakedness, or peril, or sword? ….

No, in all these things we are more than conquerors through him who loved us. For I am convinced that neither death, nor life, nor angels, nor rulers, nor things present, nor things to come, nor powers, nor height, nor depth, nor anything else in all creation, will be able to separate us from the love of God in Christ Jesus our Lord.”

Thanks for everything and see you soon. 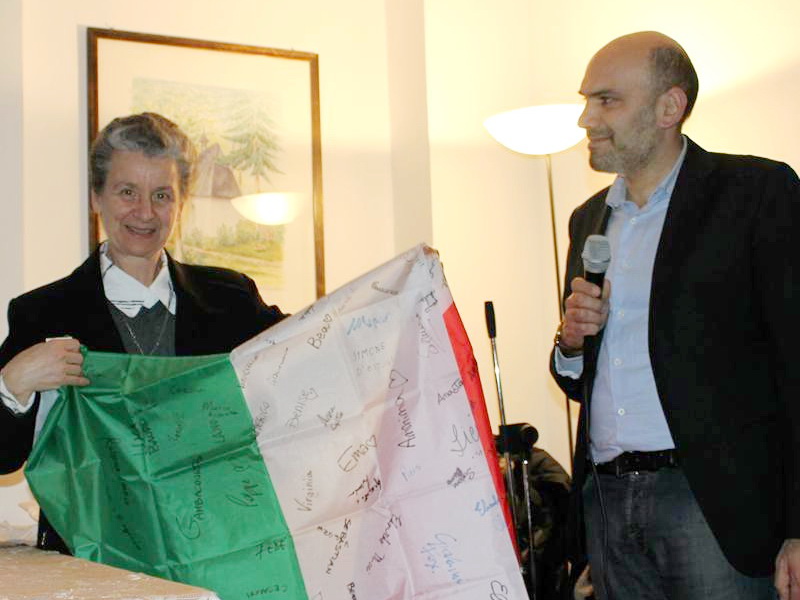