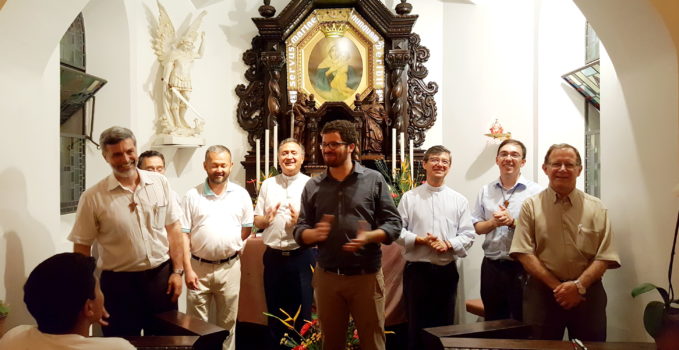 The Schoenstatt Fathers held their annual gathering for one week, and the Southeast Boys’ Youth extended to them a beautiful invitation for a cantata in honor of the Mother of God and of her Son on 28 January.

In the Máximo Trevisan House (Jumas Jaragua House), we began at 8:00 p.m. by introducing all the Schoenstatt Fathers who were at the gathering, and then the Southeast Boys’ Youth were informed about the changes relating to the services of the priest advisers and their activities for 2017. The priests spoke about the importance of beginning the year with the Boys’ Youth, where the Boys’ Youth fire is a fire of encouragement that enkindles and fortifies the hearts of all those who experience it.