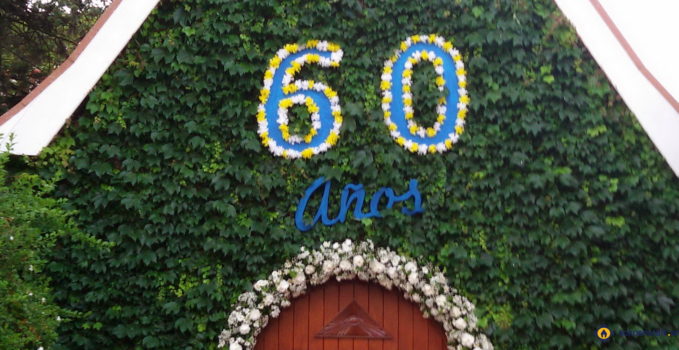 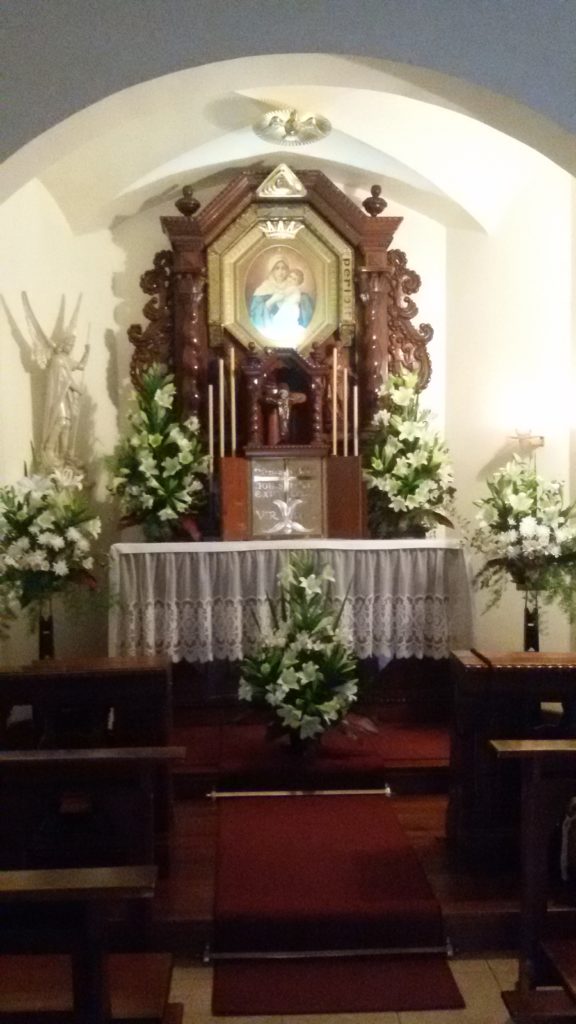 On 21 November in gratitude for all the blessings received, “Guarantee of the 20th of  January” Shrine’s 60 years were celebrated in Oberá, Missiones Province, Argentina. The entire Schoenstatt Family’s along with numerous pilgrims from NEA [Northeast Argentina] participated; they recalled the message that Fr. Joseph Kentenich left them: “Misiones, with its thriving nature, will be a flourishing Marian Garden.”

The festivities began the previous day with Eucharist celebrated at the Cathedral. Then everyone processed to the Shrine. There they shared in the prayer of the Rosary, followed by a cantata, and finally with everyone surrounding the Shrine, the day ended with fireworks and a toast.

The Oberá Shrine is open during the day to the entire community and attendance is continuous. Throughout the day, children and adults pass through as they present their joys, anxieties, concerns, gratitude and praise to the Blessed Mother. The apostolic activity is also great and diversified.

At the request of the author, Sr. Kungunde, who is charge of the school library and who is also the guardian of the Shrine, presented a summary of the history of the Shrine.

The Sisters, who arrived in 1949, dedicated themselves to education and slowly a “Marian School” emerged in the very heart of the city in front of the main Catholic parish. On 21/9 Fr. Kentnich arrived in Posadas, Misiones, and on 22 September he arrived at Oberá, where the Sisters of Mary and the town’s residents joyfully welcomed him.  In conversations with the priests of the Divine Word, he expressed his interest in building a spiritual center in Northeastern Argentina. He saw some land in Posadas, and he returned to Buenos Aires on 30 September. In January 1956, the Sisters expressed their desire to have a Shrine in Oberá. Many impediments emerged at that time, but God chooses the small, and if it is his plan, he also takes care to carry it out and demands faith and human collaboration.

In July 1956, a letter arrived from Sr. Ursula, Provincial Superior, which said among other things: “If you want a Shrine in Oberá, hurry up.”  On the same day, they sent a letter to Bishop Francisco Vicentín, Bishop of Corrientes and Misiones asking authorization to begin construction.

Upon receiving approval, on 24/09, Feast of Our Lady of Mercy, they placed the foundation stone and construction began in the broad patio of the school.  Mr. Anton Schmitz was the builder, and the students were the collaborators. They related that they collaborated with the excavation of the foundation and that during recesses, they brought bricks that some of them had brought from their homes.  Moreover they offered many prayers and contributions to the capital of grace.  With the collaboration of Oberá’s residents the walls grew day by day. Fr. Kentenich was already in exile in Milwaukee, there were many prohibitions, and they feared an annulment of permission to build the Shrine. With joy, great effort and prayers, the work was finished in two months, and the blessing of the Shrine was held on 21 November, the Feast of the Presentation of Mary.

Through the years, different symbols were conquered and today, on its 60th anniversary, those of us who were students of the school and who are members of the Movement, see with immense joy how the doors of the community and the entire northeastern region opened up, which was our Father and Founder’s desire.