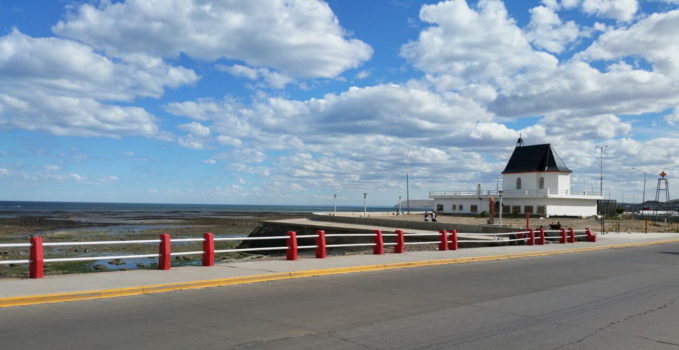 “In those days Mary set out and went with haste to a Judean town in the hill country, where she entered the house of Zechariah and greeted Elizabeth. When Elizabeth heard Mary’s greeting, the child leaped in her womb. And Elizabeth was filled with the Holy Spirit and exclaimed with a loud cry, “Blessed are you among women, and blessed is the fruit of your womb. And why has this happened to me, that the mother of my Lord comes to me?” (Lk. 1:39-43). 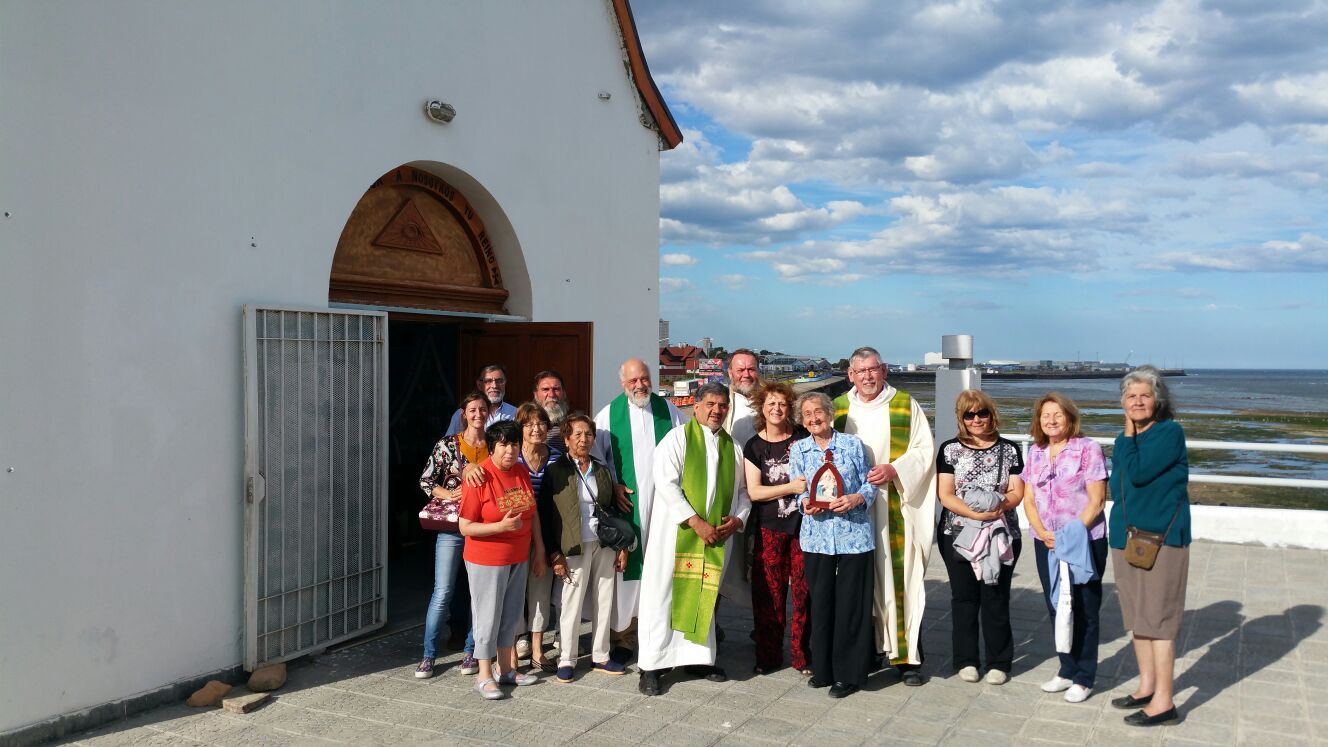 Why has it happened that the Federation Priests come to me?

It was not Mary, who set out on the road; instead it was Fr. Egon Zillekens, Fr. Benno Riether from Germany, and Fr. Alejandro Blanco, along with two “regional” Diocesan Federation Priests members. And they did not go to a town in Judah, but went instead to , an Argentine Patagonian city, where the Comodoro Rivadavia Shrine is located, the world’s southernmost Shrine. The Pilgrim Mother from the Original Shrine arrived with them, and the small Comodoro Rivadavia Schoenstatt Family’s reaction was something like that of Elizabeth including the joy and surprise of receiving the visit of three Federation Priests at the same time. Despite the short notice and despite being in the midst of summer vacation, everyone ran to greet the priests and to attend the Mass they celebrated in the Shrine.

They arrived from Pico Truncado, approximately 200 km south of Comodorao Rivadavia; the five priests took the time to be present with this Schoenstatt Family. “In Europe, when we think of Latin America, we think about Cuba or Bolivia, or we think about a Schoenstatt with large numbers in big cities… I, at least, did not realize, there is a Schoenstatt with few people in a somewhat forgotten area, like this small family around this Shrine,” commented Fr. Egon M. Zillekens. Everyone was very happy, especially Sr. Julia, who is over 90 years old, and she still coordinates this Family. She was in Schoenstatt several times, and she carries the entire history of this shrine in her heart– she continues to believe in the mission of this shrine on the edge of the ocean… Inez and Daniel, a couple carrying the Schoenstatt mission forward, are present, along with some others, who proudly show everything in the Shrine and its surroundings. 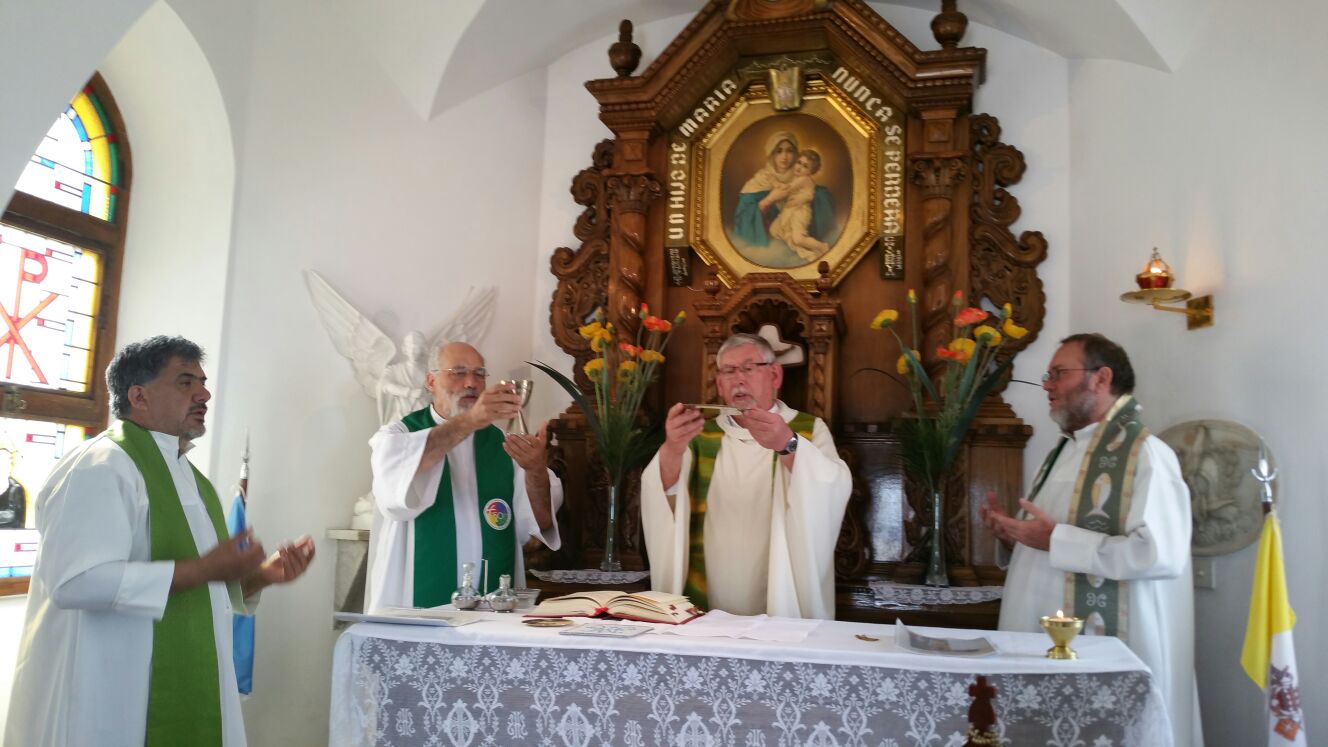 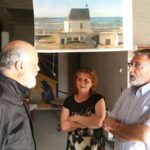 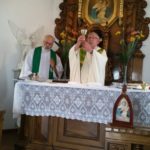 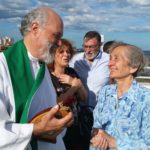 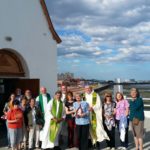 A shrine “in open space”

The Gospel of the day seemed to be made especially for this visit – the narrative of Jesus with his disciples on the edge of Lake Galilee (Mk. 3:7-12). This Shrine, on the edge of the Atlantic Ocean, allows one to gaze at the horizon, an almost infinite gaze over the water… The Shrine looks at the Atlantic Ocean inviting one to “navigate into the deep waters.” Moreover from her throne of Graces, the Blessed Mother “has a view of the ocean.”

It is a Shrine exposed to the wind, which is so common to this area, to the water; it is a Shrine in open space, without protection, a Shrine on the periphery.

Because of the location, the city’s very arid, desert-like geography has strong winds, with an average of 40 km up to 100 km or more during storms on the Argentinean continental territory.

Schoenstatt was founded there in 1978, but the Family recognizes 15 September of 1979,as the founding date, when the picture of Our Mother Thrice Admirable, Queen and Victress of Schoenstatt was enthroned in the San Juan Bosco Cathedral – the only cathedral in the world dedicated to the Patron of Patagonia and Founder of the Salesian Community.

The Movement was born through the effort of a young professional, Roberto Horat, who loved the Schoenstatt message and Fr. Kentenich’s pedagogy; he decided to launch himself to “develop” a Family. In 1985, during the workshops for Father’s centenary at the Original Shrine in Schoenstatt, Roberto Horat had an encounter with Fr. Alex Menningen, who after hearing the story of the Comodoro Rivadavia Family, decided to give them the picture of the Blessed Mother for the future Shrine.  He baptized that Shrine in his own handwriting as “Shrine of the Sea and of Peace,” which only exists in the hearts.

It is a Shrine that is equally exposed to people, who do not always come with good intentions. It has suffered vandalism, fires, and has been profaned. This is a reason for sorrow and sadness for the small family, but they feel consoled by Pope Francis with his words: “We must come out of ourselves to all the existential peripheries… A Church that does not go out, sooner or later gets sick in the vitiated atmosphere of her enclosure. It is true also that to a Church that goes out something can happen, as it can to any person who goes out to the street: to have an accident. Given this alternative, I wish to say to you frankly that I prefer a thousand times an injured Church than a sick Church. The typical illness of the shut-in Church is self-reference; to look at herself, to be bent over herself like the woman in the Gospel. It is a kind of narcissism that leads us to spiritual worldliness and to sophisticated clericalism, and then it impedes our experiencing “the sweet and comforting joy of evangelizing.” 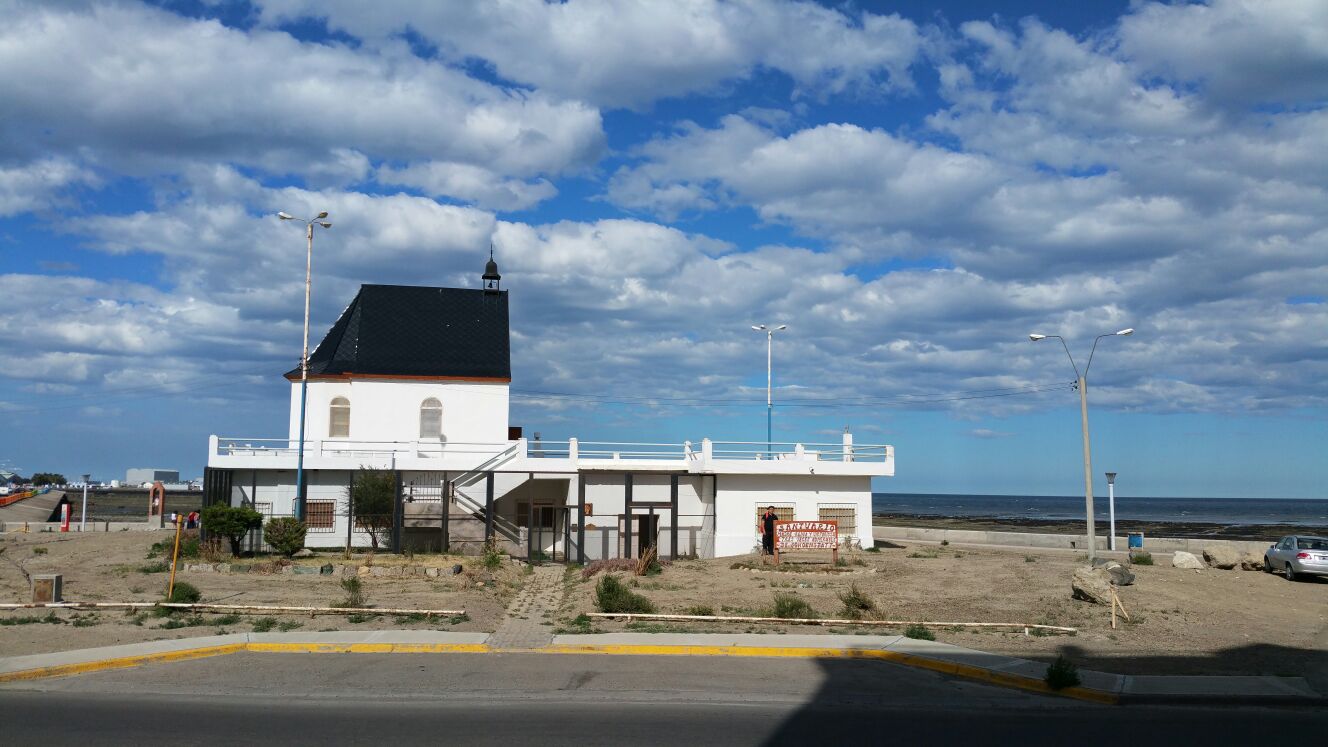 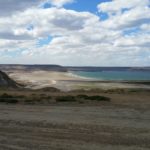 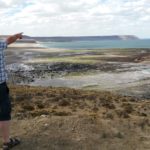 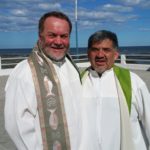 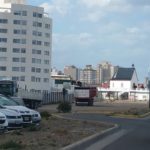 Three of the Federation Priests arrived after a trip from Coyhaique in the Chilean Patagonia to the Argentinian Patagonia, through this immense landscape, exposed to the strong wind of those southern sides, with few people and with animals that are only found there like the guanaco, or the rhea, also called the Patagonian ostrich.

They were visiting two Federation Priests who live in Patagonia, they stayed in the rectory of one of them in Pico Truncado, an oil-producing city located in the northern area of the Province of Santa Cruz. It is a building previously occupied by the Salesians, and it has enough room for visitors. The pastor of the place and the other priests of Federation Priests in Argentina live further away and more isolated. Therefore, Fr. Ego Zillekens wanted to visit with them and share some time with them. Thus, attachments are forged; these attachments allow them to live at the periphery, in the aridity of a landscape exposed to the weather’s severity and today’s pastoral challenges. Schoenstatt reaching out depends on a Schoenstatt of attachments. 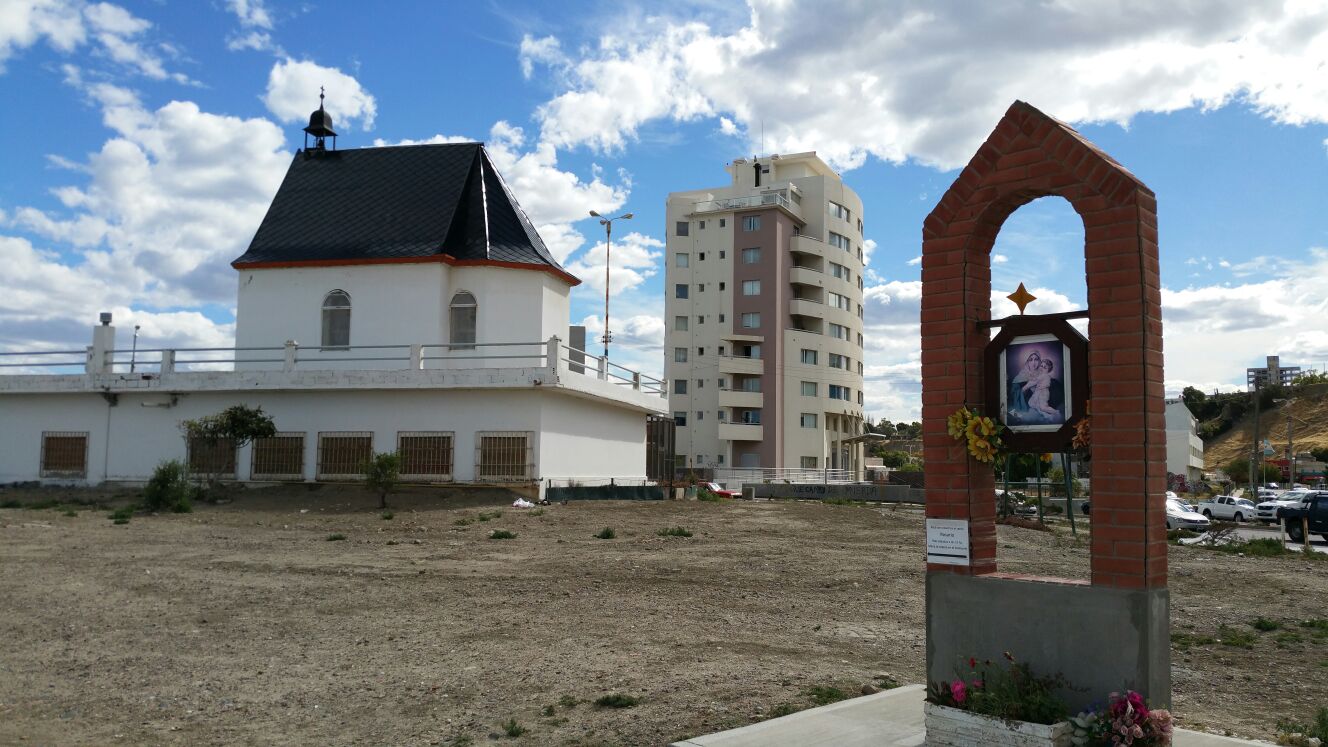 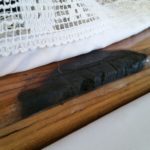 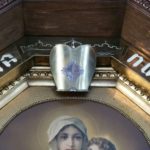 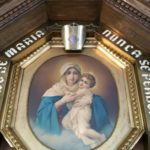 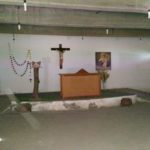